Is he guilty of the charges? There's no reason to assume he's not, but states that are serious about peace have ways of dealing with such crimes, as New Delhi has done with the NSCN (I-M). 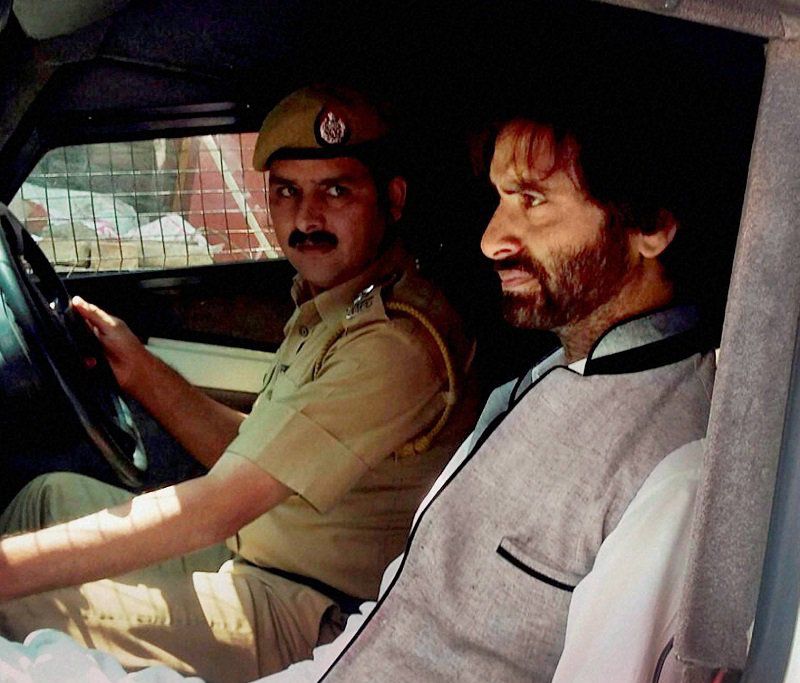 The conviction and sentencing of Jammu Kashmir Liberation Front leader Yasin Malik to consecutive life sentences by a special court last week has been hailed by supporters of the Modi government as a great step towards what they believe is the end of the ‘Kashmir problem’. But is it really?

Malik did not contest the charge of terror financing brought against him by the National Investigation Agency and is unlikely to appeal his conviction. Besides other charges, he also faces trial for the 1990 killing of four Indian Air Force men. An anti-terror court last year framed murder charges against him, though it is not clear why it took 31 years for the matter to reach that stage if the evidence against him was all that compelling.

In the terror financing case, the prosecutor sought the death penalty, citing vague claims that Malik was responsible for the forced exodus of Pandits from the Valley. The judge disagreed, but if and when Malik is found guilty of the 1990 killings, his execution, given the current political climate, is a foregone conclusion.

Such is the hubris and myopia driving current government policy towards Jammu and Kashmir that those in power have convinced themselves peace, security and stability in the Valley can be found at the end of a rope.

Human rights never mattered to successive governments in New Delhi once the insurgency in Kashmir began in 1989-90 but no prime minister was ever foolish enough to believe politics and statecraft were dispensable. This belief is Narendra Modi’s unique contribution to the Kashmir issue.

Of course, none of his predecessors were bold or sincere enough to follow through on sensible political initiatives domestically. Pakistan’s sponsorship of terrorist groups like the Lashkar-e-Tayyaba and Jaish-e-Mohammed gave New Delhi the alibi it needed to define Jammu and Kashmir as primarily a ‘security’ problem rather than a political one. Nevertheless, there was enough flexibility and acumen on Raisina Hill to take advantage of openings when they presented themselves – and Atal Bihari Vajpayee and Manmohan Singh were quick to seize upon these. The Hizbul Mujahideen ceasefire of 2000 was one such event, the backchannel talks of 2004-2007 another.

While both prime ministers recognised the primacy of dialogue and engagement, especially on the domestic front, neither had the political strength or confidence to move ahead in addressing the grievances and expectations of ordinary Kashmiris.

When the BJP formed a coalition government in Jammu and Kashmir with Mufti Mohammad Sayeed of the Peoples Democratic Party in 2015 and even signed on to a forward-looking ‘agenda for alliance’, it seemed as if Narendra Modi too had adopted the same path as his predecessors – of recognising the political dimension of the state’s problems. But from day one, it became clear that Modi had only bought time. Central rule was imposed in 2018 and on August 5, 2019, Jammu and Kashmir was bifurcated and stripped of its autonomy and status as a state of the Indian Union.

That decision marked the formal end of politics and statecraft as we know it in Jammu and Kashmir. Mainstream political parties like the National Conference and PDP – which stood by the Indian state all these years – were vilified and their leaders imprisoned. Local elections were held in 2020 but elected officials do not even have the freedom to leave their homes. Unprecedented restrictions have been imposed on the media, human rights defenders and civil society organisations like the Bar Association. Terrorism FIRs and arrests under the Public Safety Act have skyrocketed. It is against the backdrop of this criminalisation of ‘mainstream’ politics and of any kind of peaceful political activity that the case against Malik needs to be seen.

The JKLF is a spent force, as is its leader. He commands no troops but the aspirations he represents and vocalises will not be stilled by his incarceration or execution. Is he guilty of the charges levelled against him? There is no reason to assume he is not, but states that are serious about finding a pathway to peace from years of conflict have ways of dealing with such crimes. That is why the Indian government had no qualms about engaging in protracted talks with the National Socialist Council of Nagalim, which had waged a war against the Indian state for decades. No one can seriously claim that the NSCN leaders who sat in the same room as Modi when the 2015 framework agreement for peace was signed did not have the blood of Indian soldiers on their hands. They did; and the Indian state was responsible for unlawful killings too. Yet both sides signed an accord without any great moral outrage from any quarters.

If anything, the fact that the Kashmir insurgency is today becoming more deadly is an argument for the Indian state to engage with all political figures – including separatists – who say they want a political solution. Instead of pursuing a ‘Nagaland’ strategy in Kashmir, however, the Modi government has widened the arc of those politicians whom it considers beyond the pale. Forget about the Hurriyat, its list of enemies now includes Mehbooba Mufti and other PDP leaders like Waheed Parra, as well as the leaders of the National Conference. The Indian state is throwing anything and everything at them, from terror charges to corruption, in an attempt to strip them of political relevance.

The Modi government is pursuing a political strategy built on repression and the gerrymandering of elections, underwritten by direct central control. There is no room for democratic politics. Nor is there a political safety valve or cordon sanitaire between the violence and resentment on the ground and ‘India’. Of course, there will be no peace or prosperity down this road and perhaps Modi knows this. What matters to him, however, is the optics of his ‘strongman’ strategy in the rest of India.