Samjhauta Express Bombing: With a Prosecutor Like the NIA, Who Needs Defence?

While acquitting the accused, including Swami Aseemanand, the judge noted that the prosecution withheld both the best evidence as well as key witnesses from the trial. 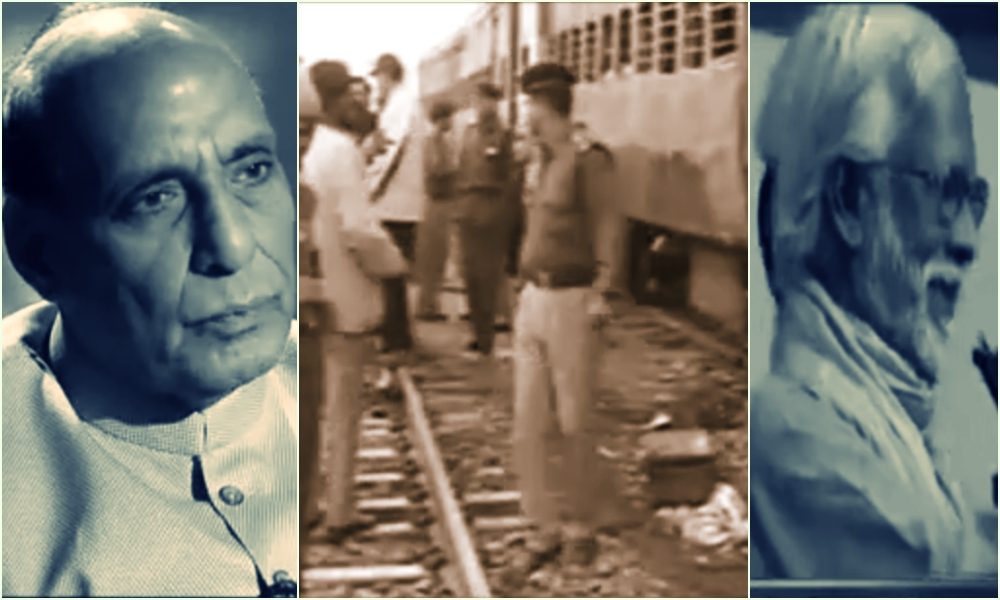 It must shock the conscience of any nation that a judicial trial of major terror attack case ends up with the judge lamenting the fact that the prosecution “withheld” the “best evidence” which was not brought on record, eventually resulting in the acquittal of all the accused.

The special judge, Jagdeep Singh, who tried the Samjhauta Express bomb blast case which killed 68 people – 10 Indian and 43 Pakistan citizens – came down heavily on the National Investigation Agency (NIA), India’s premier terror investigation body, and said he was constrained to acquit all the accused as the prosecution failed to examine many witnesses and present the best evidence.

The larger question this judgment raises is – what is the credibility of India’s investigation and prosecution system when a premier agency like the NIA behaves like this in high profile cases of ghastly terror attacks? And what signal is India sending to the world when it is building a global case for action against all kinds of terror?

The problem with this case is unique because the Samjhauta express blast in February 2007 is linked to other similar blasts which had occurred in Mecca Masjid, Hyderabad and Ajmer Sharif and Malegaon. These cases were linked because Swami Aseemanand (Naba Kumar Sarkar) emerged as a lynchpin or the common brain behind these blasts as per the chargesheets.

Unfortunately, these blasts got politicised as cases of “Hindutva terror” and after the BJP government came to power a systematic attempt was made to dilute the prosecution of these cases. Subsequently we have even had heads of  the NIA expressing sympathy for the view that ” there was no such thing as Hindu terror”.

In the Samjhauta blast case, the judge observes with some anguish, “There are gaping holes in the prosecution evidence and an act of terrorism has remained unsolved. Terrorism has no religion because no religion in the world preaches violence. A court of law is not supposed to proceed on popular or predominant public perception or the public discourse of the day and ultimately it has to appreciate the evidence on record …”

The judge’s statement that a court of law is not supposed to proceed on the basis of public discourse of the day is itself a scathing indictment of the Modi government which began seeing these bomb blast cases through the majoritarian lens from day one. The judge must have realised early on that the NIA did not want to bring substantive evidence before the court. No wonder the judge observes in his 160 page order that even CCTV cameras at Old Delhi Railway station were not properly presented as evidence before the court.

The NIA subverted the prosecution in a similar manner in the Mecca Masjid blast case in Hyderabad. There too, Aseemanand was a key accused and an important part of the evidence emerged from his meeting with another jail inmate to whom Aseemanand confesses to his role in the blast. In that case, the judge acquitted Aseemanand partly on the ground that the prosecution could not bring evidence that the other jail inmate was at all present in the jail at that time. All that was needed was the jail register to prove that Aseemanand and the other inmate were present at the same time. But even this rudimentary evidence was not presented by the NIA.

The broader intention clearly was to weaken these cases and now that the judge himself has spoken about it in such clear terms, there can’t be any doubt left as to the manner in which the prosecution system has been subverted.

It won’t be an exaggeration to suggest that the investigation and prosecution systems have faced the gravest assault under the Modi-Shah regime. Remember, even in cases of corruption, such as the 2G trial, the special judge made similar observations suggesting a wilful attempt by the prosecution to dilute the cases against various accused, which included influential corporate houses.

Finally, the most tell-tale sign of this government’s bias in the Samjhuata blast case is that the Union home minister made a public statement even before the full judgment was made public that “the prosecution may not appeal in a higher court”. This is shocking, to say the least.