The leaked WhatsApp chats between Republic TV owner and the BARC CEO remind us that not all the facts of the incident are in the public domain, and also that there was hypocrisy involved in the conduct of the main characters. Narendra Modi, the site of the Pulwama tragedy and Arnab Goswami. Photos: PTI 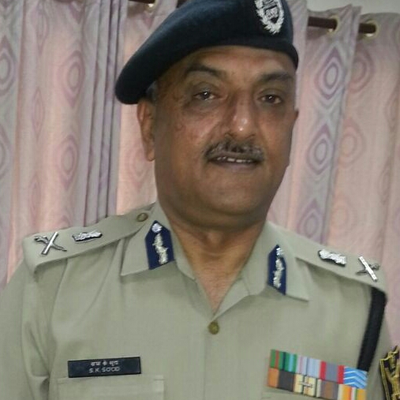 Last week, India stood as one to remember the sacrifice of  the Central Reserve Police Force personnel who lost their lives in the tragic incident at Pulwama two years ago.

That the television anchor Arnab Goswami – according to a WhatsApp chat with the then head of TV rating agency BARC, submitted by Mumbai police as evidence in court – appeared, on a bare reading of his message, to rejoice at the tragedy, says a lot about the kind of ‘nationalism’ displayed by this breed of journalist.

The fact that Goswami told Partho Dasgupta, “This attack we have won crazy” will put any self-respecting patriot to shame. That someone can say this after 40 soldiers have been killed is beyond imagination. It is particularly reprehensible coming from someone who – at the drop of a hat – declares everyone else ‘anti-national.’

The secrecy shrouding the tragic incident of Pulwama and subsequent incidents two years ago has been deepened by the contents of the chat between the two. Questions on the incident – asked by many at the time, including me – are still unanswered.

The incident represented a monumental failure of all agencies involved, especially the intelligence agencies. A report published in Frontline on second anniversary of the Pulwama attack quotes the Minister of State for Home replying to a question in the Rajya Sabha:

“All agencies are working in a coordinated manner and the intelligence inputs are shared among various agencies on real time basis.”

The Frontline report further states that there were several intelligence inputs on the activities of Mudasir Ahmad Khan, the alleged handler of the suicide bomber and their intention to carry out a strike on security forces. If Mudasir was on the radar of intelligence agencies, why could he not be arrested? Reports also suggest that Adil Dar, the suicide bomber, was arrested six times in the past but released each time without being charged.

The only input said to have been shared with all security forces was on February 8, 2019, cautioning them to be on alert against a possible IED device. But this input was too generic to be called ‘intelligence’. Our intelligence agencies appear to have forgotten the art of discerning the pattern and converting information to intelligence. Even the internal inquiry by the CRPF contradicts the stand of the Centre and cites intelligence failure as a reason for the tragedy, besides other reasons.

By strange coincidence, the security forces and intelligence agencies which had failed to detect the footprints leading to such a massive incident managed to ‘apprehend’ or ‘eliminate’ the ‘masterminds’ and proclaim their success the very next day.

Equally strange is the fact that the intelligence agencies which had failed to forewarn the security force of an impending suicide bombing identified the suicide bomber in double quick time even though the vehicle he used and he himself had been blown to smithereens by the massive blast. The security forces and intelligence agencies had no qualms in proclaiming their success even though the proverbial horse had already bolted.

That the BJP used the tragedy to unashamedly reap electoral advantage is an open secret.

Also read: From Discovery, a Glimpse of What Modi Was Doing on the Day of Pulwama

In surprising coincidence, the chief executive of the country – who was away in Uttarakhand on a scheduled visit – continued with his schedule, even after hearing of the terrorist attack. Otherwise, he would have made a reference to the tragedy in his telephonic address to a public rally at Rudrapur, almost two hours after the bombing. That he did not know of the incident is unlikely. However, it is a reflection of his priorities if he knew and chose not to acknowledge it.

The apparent glee at the prospect of likely electoral benefit to the “big man” mentioned in the chats further adds to the murkiness. Who the “big man” being referred to is not difficult to comprehend.

The political benefit that the “big man” reaped after the incident is a matter of record, even though by all assessment, he was on a losing wicket going into the general elections in 2019. However, the propaganda unleashed after Pulwama and subsequently Balakot not only saved the day for him but also gave his party an enhanced majority. The “big man” had no qualms in using the martyrdom of these soldiers to reap electoral benefits.

Also read: Balakot and After, or How to Build a Strategic Doctrine for Political Gain

Public euphoria created by the media after the air strikes at Balakot worked in favour of the “big man”, as he was projected as a tough no-nonsense leader when it came to dealing with Pakistan. That Pakistan was taught a lesson ‘like never before’ was the message.

The massive victory of 1971 and the break-up of Pakistan into two nations was no longer of any consequence. In any case, that was a distant memory for young voters seeped in the fervour of Hindutva, hyper nationalism and patriotism. Audacious retaliation by Pakistan to the Balakot strikes, their capture of Wing Commander Abhinandan and the loss of an aircraft were of no consequence for the masses. These were small matters, conveniently pushed to the background by the ever-so-friendly media.

Joblessness, the rising cost of living, the hardships of demonetisation and farmers’ suicides were inconsequential, and hyper patriotism became the proverbial “opium of the masses”.

Lost in the victorious cacophony were the inconvenient questions, like, how did such a large quantity of explosives manage to get into India or how did that explosive-laden vehicle get to the highly secured route of the convoy undetected?

The chats point to the fact that not all facts of the incident are in public domain.

It is also too much of a coincidence that Deputy Superintendent of Police Davinder Singh – whose involvement in the attack on Parliament of India in 2001 was alleged but never probed and who was apprehended transporting terrorists in his vehicle in March 2020 – was posted at Pulwama only a short while prior to the tragedy.

The chats referred to above have exposed some of the hypocrisy of the characters involved. Hopefully, the entire truth about the tragedy will come out some day. That is the only way through which the souls of the martyrs will attain peace.