Pulwama Attack: What India Can Learn from Mindanao in the Philippines

In 2015, the peace process in Philippines' Mindanao was almost derailed by an attack. But the commitment to peace prevailed. 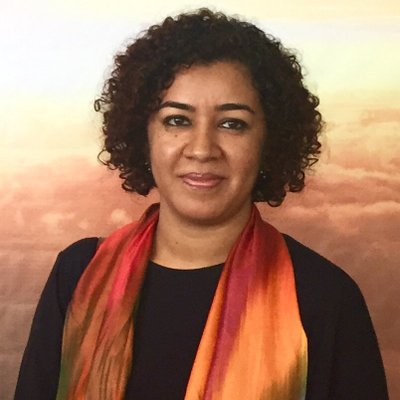 In the early hours of the morning of January 25, 2015, an attack took place on the Special Action Forces, members of the Philippine police. They were in Mamasapano, in the province of Mindanao, in the Southern Philippines. The police were there as part of an operation to capture a wanted Malaysian terrorist and bomb maker. They were, however, ambushed and encircled, and 44 Special Action Forces were killed in the ensuing attack.

The massacre took place at a particularly sensitive moment – in the context of a peace process that was decades in the making and finally at an advanced stage.

The conflict in the southern province of mainly Muslim Mindanao has been categorised as possibly the second oldest conflict in the world. Its roots lie in the Spanish colonisation of the Philippines in the 1500s, to the advent of American colonisation, to eventually an armed secessionist movement.

Particularly in the late 1960s and early 1970s, the self-determination movement took on an increasing intensity and the conflict escalated. Eventually, the declaration of martial law in 1972 by President Marcos, purportedly to deal with the conflict, was the turning point for a descent into an all-out conflict.

However, peace negotiations stopped and started, in 1996-2000, in 2001-2003 and 2005-2008. The last phase went the furthest and resulted in a peace agreement, which was invalidated by the Supreme Court of the Philippines due to unconstitutionality in 2008.

While in the past there were armed clashes including a resumption of the conflict in 2000-2002, and attacks between 2011 and 2013, the most serious immediately after the signing of the peace agreement was the Mamasapano attack. This tested the resolve of the entire nation, with regard to the continuation of the peace process.

The calls for vengeance and an escalation in the rhetoric vehemently against the peace agreement was immediate. There were multiple calls for an “all-out war” in the aftermath of the attack, including on social media as well as by news channels, but also with opposing calls for restraint. Critically, one of the first casualties was the stalling of the passage of the peace legislation. Support by some legislators (including co-authors of the bill) was withdrawn, with the postponement of the law.

Also read | In Pulwama, Narendra Modi Has Found the Trigger He Needed Before 2019 Elections

In all this, what was pertinent to note was a steadfast adherence to staying the course by all parties, including the armed groups. It took a substantial amount of time and effort by all parties to choose to continue on the path of peace, while it may have been an easier and more popular choice at that time to permit a descent into all-out conflict.

Eventually, with multiple diversions and steps backwards, the peace process law has finally been passed. With changes in the past years, but keeping with the spirit of the peace agreement, this is now called the Bangsamoro Organic Law. It has recently been ratified in 2018 by the legislature and a plebiscite has just taken place in 2019 for the establishment and governance of the region. Thus, the peace process is well on its way and there are high hopes of a sustainable peace now. However, this was all nearly scuttled in the aftermath of the Mamasapano massacre.

Staying on the path to peace

It behooves us to seriously consider and make efforts towards the resolution of conflict, rather than escalating the rhetoric of war. Clearly, there are substantial differences between the situation in Kashmir and the Bangsamoro. In the former, there seems to be no serious effort to come up with a path towards peace, by any of the parties involved. Given the difficult relationship between India and Pakistan, this is a further complication. The Bangsamoro process has seen sustained with constant efforts towards peace, with multiple setbacks over the years. Yet, even with ‘one step forward two steps back’, eventually the finish line has been reached.

As a Philippine diplomat indicated to me, the peace process was “unique and extremely complicated”, and yet there has been the will to achieve a resolution. Complexity is an integral part of any situation that continues to see violence and death, of civilians and soldiers, and this complexity needs to be addressed. There are important lessons to be learned from the response to a tragedy such as Mamasapano in the Philippines – not the least of which is the importance of talking, and staying the course towards peace, even in the most trying of circumstances.

Priya Pillai is a lawyer specialising in international law, based in Manila. She tweets at @PillaiPriy.