2020 Gave India a Sharp Lesson on the Chinese Military. When Will Indian Generals Take Heed?

The reality is that the PLA’s war preparedness cannot be matched by the Indian military embarking on some rapid learning course.

Chinese troops prepare for the arrival of President Xi Jinping at the PLA Hong Kong Garrison during a 2017 event marking the 20th anniversary of the city's handover from British rule. Photo: Reuters/Damir Sagolj

The May 2020 Ladakh crisis marks a turning point in India-China relations, since both sides have crossed each other’s red lines. By grabbing 1,000 square km of Indian territory in Ladakh, China has made it known that bilateral peace and stability will be on its terms. Incapable of evicting the People’s Liberation Army forcefully, and unwilling to accept Beijing’s military coercion, India has become the United States’ de facto military ally to purportedly contain China.  Signing the sensitive Basic Exchange and Cooperation Agreement (BECA) is the latest step in this direction

In India’s judgment, the possibility of horizonal escalation in the Indian Ocean region with the supposed help of the US would deter China from escalation on the Line of Actual Control (LAC). The wisdom of this position can only be gauged if the relationship is tested. As of now, what appears more probable is that the disengagement and partial de-escalation of opposing forces in Ladakh, whenever it happens, would be on PLA’s terms.

Since both sides intend to permanently hold the LAC, meaningful de-induction of Indian forces from the northern and eastern theatres is ruled out. Unfortunately, the PLA threat will increase and not diminish in 2021. China’s preparations are focused on intelligentised war and it hopes, in my estimation, to be ready for a conflict against India by the end of 2023.

Being non-contact and invisible, intelligentised war places a premium on Artificial Intelligence and has four distinctive technology features: Dominance of the electromagnetic spectrum; autonomy; drones and unmanned systems; and human-machine collaboration and combat teaming. Such a conflict will not be a border war limited to salami slicing, as the Indian military believes. It will be war of occupation where there would be minimal loss of PLA soldiers’ blood. Given the unbridgeable mismatch between the conventional capabilities of the two sides, India’s nuclear deterrence would be rendered useless.

The Indian military – even seven months into the crisis – remains oblivious about what lies ahead. Under the Chief of Defence Staff, General Bipin Rawat, the Indian military is three decades behind the PLA in its war concepts (for campaign); and tactics, techniques and procedures (for battles). While it is preparing for war with ‘human soldiers in the lead’, the war that the PLA will fight would have ‘machines with autonomy in the lead’.

For General Rawat, a war with China would be fought in the physical domains of land, air and sea with the army leading the campaign. For the PLA, the war-winning domains against the Indian military would be the virtual ones – of cyber, electronic and electromagnetic spectrum. General Rawat believes that time, effort, and finances should be spent on creating the organisation for supporting physical domains of war. He is pushing for raising of a joint integrated air defence command, integrated theatre commands and a maritime theatre command by 2023. 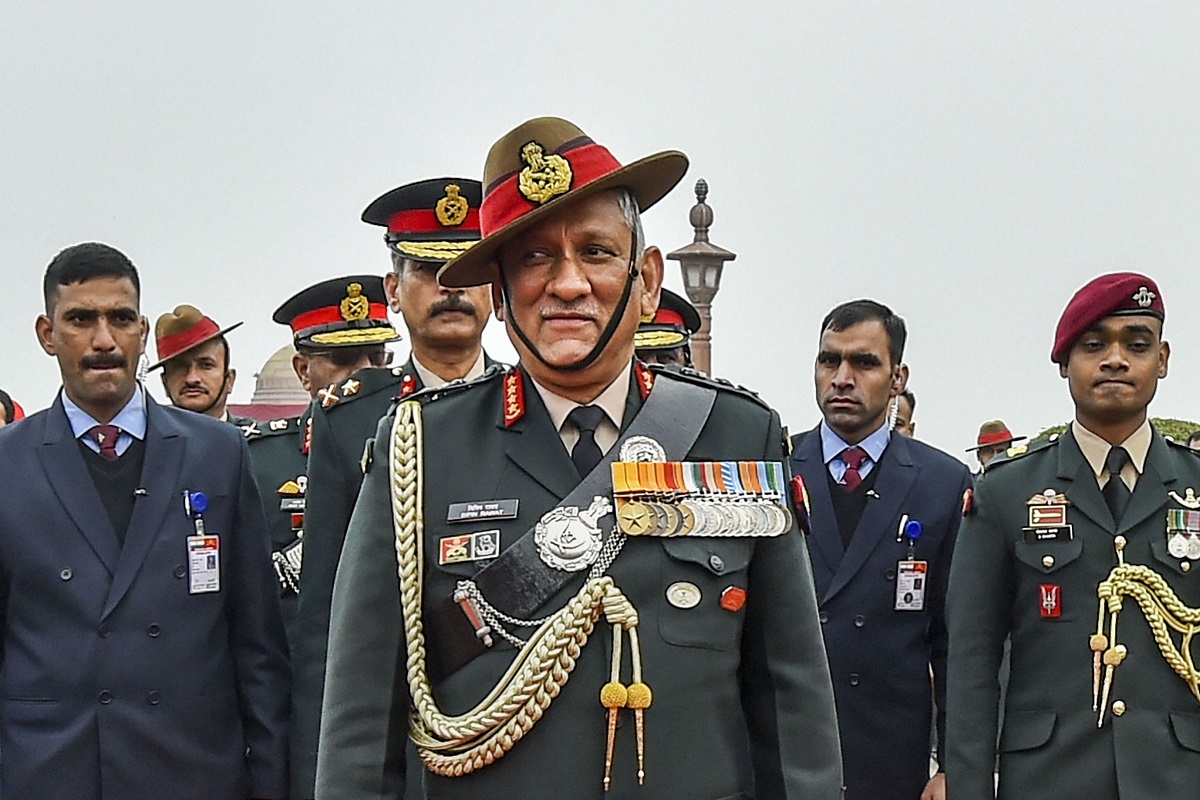 This is when the PLA would be ready with its de-centralised war where the sensors-to-shooters cycle, now called data-to-decision cycle, would have the human role largely limited to fast decision-making to remain ahead of the enemy’s kill chain. General Rawat believes that speedy infrastructure building on India’s side would help the operational and tactical movement of forces. The PLA, on the other hand, is focused on unmanned systems.

For General Rawat, civil-military fusion implies the marrying of physical assets on the commercial and military side. These include integration of civil-military airports, and getting ISRO commercial satellites to help meet armed forces requirements with inbuilt encryption. For China, civil-military fusion means utilisation of most new disruptive technologies incubated in the civil sector for the PLA. This involves a long experimentation phase, as well as large finances to get the desired assurance level for unmanned systems in war.

Not to be left behind, retired field commanders in India are suggesting piecemeal technology additives to the armed forces. However, these will do more harm than good by giving a sense of false security. For instance, a former army commander, in a recent article, writes that drone warfare would be a gamechanger. While drones would play an important role in battles, war or campaign would require a mix of many disruptive technologies. In another article, he mentions the need for strengthening Information and Communication Technology (ICT) to build trusted networks. For one, the Indian military is years, if not decades, behind becoming a networked joint warfighting force. For another, PLA’s war would witness the end of traditional battle networks which are prone to cyber and electronic disruptions. Hence, the transformational shift towards autonomy or freedom for weapons from human command and control.

Also read: Chushul Heights and Why India Must Dispel Thoughts of a Disengagement Tradeoff With China

The reality is that the PLA’s war preparedness – underway for three decades, and especially since Xi Jinping assumed the title of commander-in-chief in 2016, with huge finances spent on vibrant military-technology ecosystem and institutions devoted to war concepts – cannot be matched by the Indian military embarking on some rapid learning course. This writer has been saying since the PLA unveiled its 2015 transformational reforms that its Western Theatre Command has a single enemy to fight: India.

Worse, even now, the Indian military is refusing to accept that its 2009 two-front war fighting strategy, predicated on Pakistan being the primary threat, has been rendered irrelevant. Hence, General Rawat’s structural reforms pivoted on the two-front thinking too stand superseded. China is more than a military threat now. If it decides to go to war, Pakistan too will join the war, and the people of Kashmir will not be left behind. Given China’s assessment of India becoming a US ally, all this is real.

What is the way forward?

The Indian military should learn the lesson from the US military which has concluded that 13 years of tactical orientation in Afghanistan and Iraq has left it vulnerable to conventional war threats from Russia, and especially China. It believes that China has a lead in AI autonomy, quantum technologies, fifth generation wireless communications, ballistic, cruise and hypersonic missiles, air defence and missile systems and shipbuilding, commercial and military.

Unfortunately, the Indian military with 30 years of tactical orientation in fighting counter-terror operations, and with little to compare with the US military in terms of annual defence allocations, indigenous military industrial complex, awe-inspiring Silicon Valley technologies, and institutions like the Defence Advanced Research Projects Agency (DARPA) and the newly-raised Joint Artificial Intelligence Centre (JAIC), has an impossible task to accomplish.

Watch: India Unlikely to Be a Competitor to China

Incidentally, China’s Central Military Commission’s Science and Technology Commission formed in 2016 under PLA’s 2015 reforms is the equivalent of the US DARPA. According to the first director of CMC’s Science and Technology Commission, Lieutenant General Liu Guozhi, “Future intelligentized operations are expected to involve prominent employment of intelligent autonomy in weapon systems under conditions of multi-domain integration with command exercised through brain-machine integration enabled by cloud infrastructure.” Most of the building block technologies enumerated by the PLA are not required against a middle level military power like India. They are meant for its main adversary: the US military.

All, however, is not lost. The need is for honest introspection by the Indian military leadership on whether it would be possible to fight on two fronts. If not, it is high time to apprise the political leadership to consider a strategy which minimises the threat from China. A de facto military alliance with the US is certainly not the answer.