After Pak Says It Has IAF Pilot in Custody, India Confirms 1 Is 'Missing in Action'

Sources told The Wire that Pakistan has not informed India diplomatically about having an IAF pilot in custody. 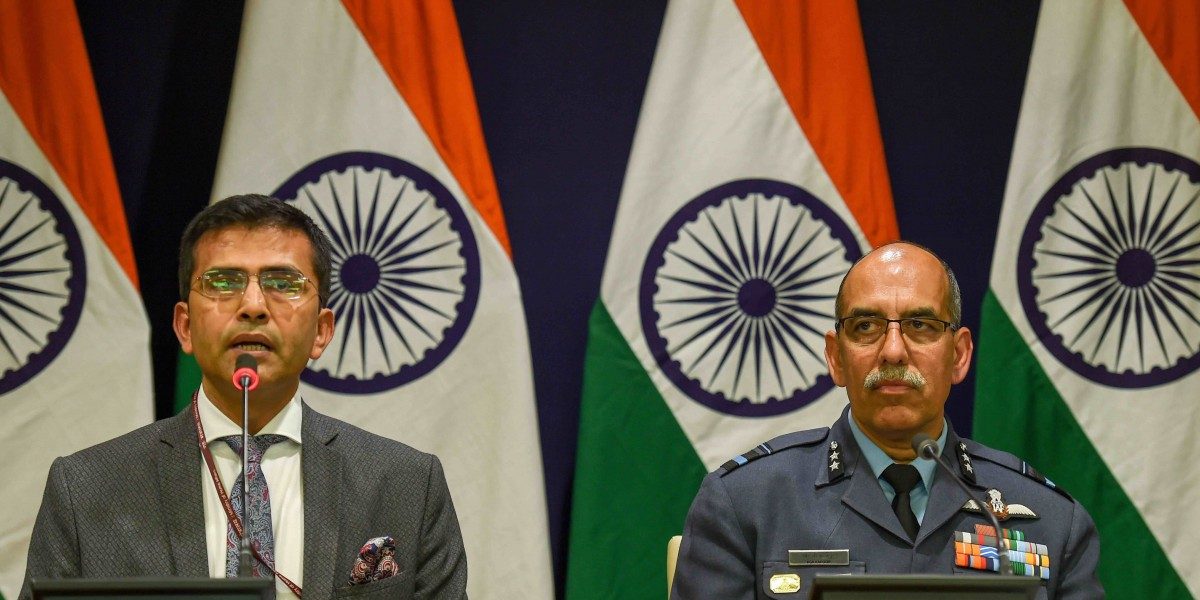 New Delhi: Pakistani fighter jets on Wednesday violated Indian airspace in Jammu and Kashmir’s Poonch and Nowshera sectors and dropped bombs. India confirmed that one Indian Air Force fighter jet was lost during the aerial skirmish that followed, and the pilot is “missing in action”

Pakistan said in a statement that it “undertook strikes across Line of Control from within Pakistani airspace” but that country has “no intention of escalation, but are fully prepared to do so if forced into that paradigm”. Pakistan said the airstrikes were “not a retaliation” but “to demonstrate [Pakistan’s] right, will and capability for self defence”.

The official statement from Pakistan says that non-military targets were chosen, mirroring India’s language after the airstrikes on Pakistan’s Balakot. However, India disputed Pakistan’s claim and said that the airstrikes were targeting military installations.

While India on Tuesday said it destroyed a Jaish-e-Mohammad terror camp, Pakistan said there was no damage.

The Pakistani aircraft were pushed back by Indian aircraft on Wednesday, senior officials said. The Pakistani jets dropped bombs while returning, they said.

In a press briefing on Wednesday afternoon, Ministry of External Affairs spokesperson Raveesh Kumar confirmed that Pakistan had conducted airstrikes, but said that Pakistan’s attempts were foiled successfully. Kumar also said that a Pakistani fighter jet was detected in Indian airspace and the IAF “responded instantly”.

In that “aerial engagement”, Pakistan shot down an Indian aircraft and the Pakistani aircraft was seen falling on the other side of the LoC. One Indian MiG 21 Bison, and the pilot is “missing in action”. Pakistan has said they have the pilot in custody, Kumar said, but India is still “ascertaining the facts”.

Sources told The Wire that Pakistan has not informed India diplomatically about having the IAF pilot in custody.

In his statement immediately after the MEA briefing, Pakistan Prime Minister Imran Khan invited India for dialogue. He also confirmed that two IAFs MIGs were shot down in Pakistan. “I can tell you now that the pilots are in our custody,” Khan said.

If it escalates from here, where will it go? It is neither in my hand or Narendra Modi. So I invite the Indian government again, I said that after the pain that you have suffered from Pulwama, willing to have dialogue on terrorism. Better sense should prevail: Pakistan PM pic.twitter.com/oduiCoT2u5

Major General Asif Ghafoor, spokesperson of the Pakistani armed forces, tweeted that Pakistan had shot down two Indian aircraft in Pakistani airspace. According to him, one fell in Pakistan-occupied Kashmir and the pilot was arrested by Pakistani forces. The other fell in Jammu and Kashmir.

In response to PAF strikes this morning as released by MoFA, IAF crossed LOC. PAF shot down two Indian aircrafts inside Pakistani airspace. One of the aircraft fell inside AJ&K while other fell inside IOK. One Indian pilot arrested by troops on ground while two in the area.

In a press briefing, Ministry of External Affairs spokesperson Raveesh Kumar confirmed that one Indian pilot was ‘missing in action’.

Pakistani media has been circulating a video of one of the “captured” Indian pilots, identifying him as Wing Commander Abhinandan. “I am an IAF officer. My service number is 27981,” the man said in the video. The veracity of the video has not been ascertained.

Major Ghafoor reiterated his claim about the two Indian aircraft in a press conference. He said that reports on the plane crash in Budgam had nothing to do with this border skirmish.

During the press conference, Ghafoor showed a photo of some “documents” and weapons that he said were taken from the captured Indian pilot. 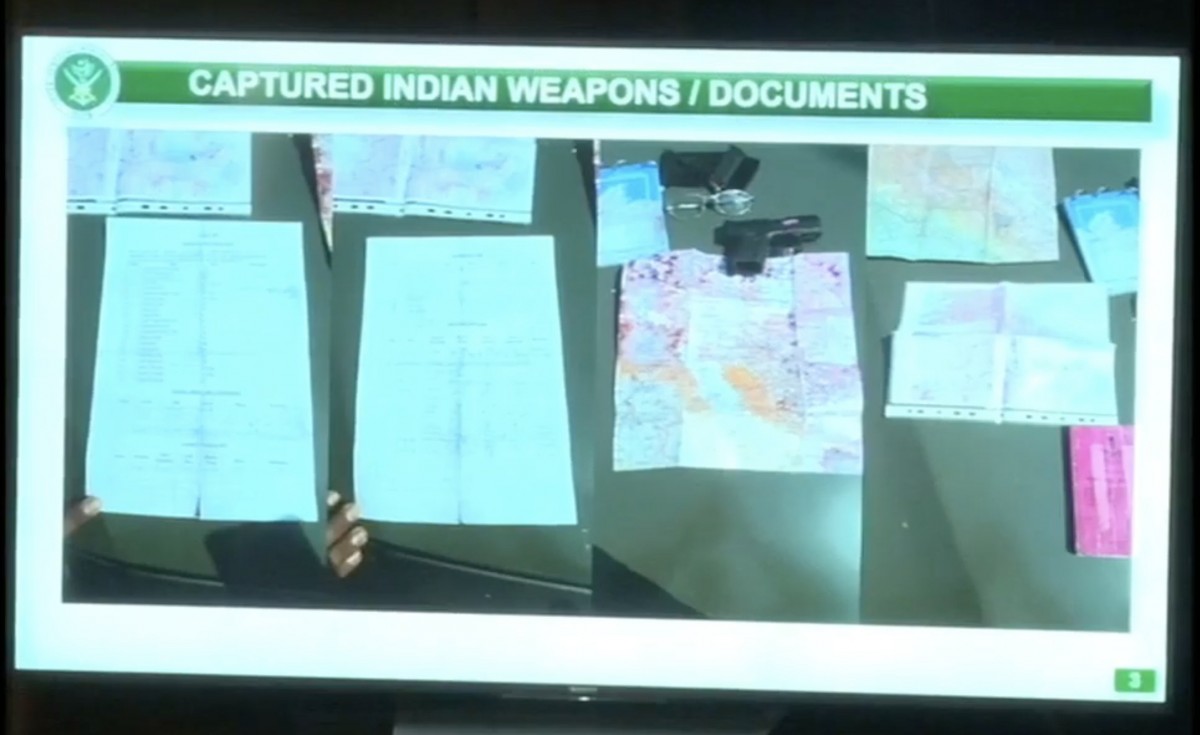 The district collector of Rajouri, Aijaz, told reporters that the Pakistani jets dropped bombs at four deserted spots near the Line of Control in Nadian, Laam Jhangar and Kerri in Rajouri district and Hamirpur area of Bhimber Galli in Poonch. According to him, a nine-year-old was injured.

According to Dawn, Peshawar’s Bacha Khan International Airport has also been closed for commercial flights and is being used for “military purposes”.

Earlier on Wednesday, an Indian Air Force fighter jet crashed in Kashmir’s Budgam. The pilot and co-pilot reportedly died in the crash. The Ministry of Defence and Indian Air Force have not yet issued formal statements on Pakistan’s airstrikes or the crashed jet.

The Indian and Pakistani armies have been engaged in cross-border firing since Tuesday evening after Pakistan violated ceasefire. Four civilians were reported killed in Pakistan-occupied Kashmir.

Read the full text of Pakistan’s statement below:

Today, Pakistan Air Force undertook strikes across Line of Control from within Pakistani airspace. This was not a retaliation to continued Indian belligerence. Pakistan has therefore, taken strikes at non military target, avoiding human loss and collateral damage. Sole purpose being to demonstrate our right, will and capability for self defence.

We have no intention of escalation, but are fully prepared to do so if forced into that paradigm. That is why we undertook the action with clear warning and in broad daylight. For the last few years, India has been trying to establish what they call “a new normal” a thinly veiled term for doing acts of aggression at whatever pretext they wish on a given day.

If India is striking at so called terrorist backers without a shred of evidence, we also retain reciprocal rights to retaliate against elements that enjoy Indian patronage while carrying out acts of terror in Pakistan. We do not wish to go to that route and wish that India gives peace a chance and to resolve issues like a mature democratic nation.

India had informed about Counter Terrorism (CT) action it took yesterday against a training camp of Jaish-e-Mohammed (JeM) in Pakistan based on credible evidence that JeM intended to launch more attacks. Against this Counter Terrorism Action, Pakistan has responded this morning by using its Air Force to target military installations on the Indian side. Due to our high state of readiness and alertness, Pakistan’s attempts were foiled successfully.