Militancy in Kashmir Is Likely To Get Communalised Again

The terrorists are aware that taking on the might of the Indian security forces ‘militarily’ is no longer possible for them. Hence, they are on the search for soft targets, with the added aim of triggering a communal backlash elsewhere in India. 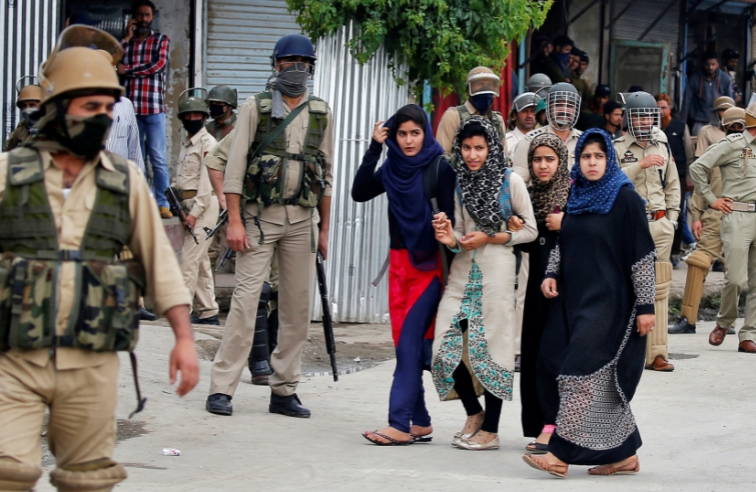 Kashmir is witnessing the targeted killings of Hindus and Sikhs again. In the past few days, those shot dead  include a famous pharmacist of Srinagar, Makhan Lal Bindroo, who had never left Kashmir in all the years of violence, and two teachers in a government school in Srinagar, one a Pandit, another a Sikh woman.

The Inter-Services Intelligence (ISI)-sponsored militancy in Kashmir has historically tried to keep several fronts opened simultaneously so as to mount physical and psychological pressure on India from various angles. To date, they continue to do so and keep on shuffling between fronts depending on the situation.

The first front was to give an expression to the latent discontent amongst the people in the shape of an armed insurgency. By 1989, sporadic violence had started taking the shape of an insurgent movement with increasingly greater involvement of the people. Kashmir quickly slipped into an ‘era of strikes’ by various sections of the society. By 1990, the state administration too was affected. On February 5, 1991, the prime minister of Pakistan gave a strike and it evoked a very good response in the Valley.

What Pakistan had not been able to do in Operation Gulmarg (1947), and in Operation Gibraltar (1965) by infiltrating fighters from outside, they hoped and sought to accomplish this time from within.

However, there was a miscalculation. Pakistan had presumed that its support to insurgency would inflict the classical ‘death by a thousand cuts’. They did inflict a thousand cuts, but India, being a large country, was able to sustain the losses. The ISI had thought that the insurrectional focus would trigger a chain reaction leading to the collapse of Indian control. That was not to be. They underestimated India’s inertia and resilience.

The ISI failed to realise that while it was relatively easy to give sanctuary to terrorists on its soil – and train, equip and exfiltrate them – it was difficult to prepare the Kashmiri people psychologically for a long drawn out insurgent struggle.

One form that popular participation took was stone pelting. However, there was a limit to which it could be used without inviting severe counter action. The ISI sought to revive the insurrectional focus again in 2008, taking advantage of the Amarnath land transfer controversy but it fizzled out. 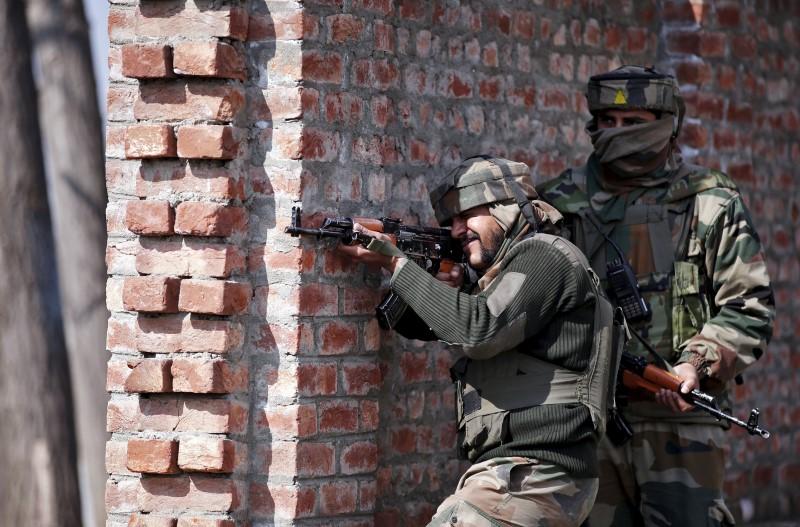 Military dimension of the militancy

Since the beginning of the insurgency, the militants have had been targeting the security forces sporadically. The most popular modus operandi has been to attack the security forces by firing from a stand-off distance or throwing grenades. IEDs were not very common. Some attacks, however, were frontal too.

However, all those attacks, even if they were sensational or resulted in high casualties, were never intended to take on India militarily and defeat it. The aim was to keep on harassing the security forces so that New Delhi was forced to deploy its military on a large scale in Kashmir. This forced enormous expenditure on the Indian state and also helped Pakistan project an image of Kashmir as the most heavily militarised zone in the world — for the purpose of ‘internationalising’ the issue. In any case, the hopes of any success through the military dimension of insurgency were effectively dashed by 1996 when elections, with whatsoever low turnout, could be held.

The military dimension received a fresh impetus after Masood Azhar of the Jaish-e-Mohammad unleashed the Jaish-e-Mohammed on Kashmir following the IC-814 hijacking. That saw the introduction of suicide bombing in Kashmir. The attacks included the car bomb attacks at Badamibagh Cantonment, Srinagar, in May 2000 and December 2000.

The tragic story of the exodus of the Kashmiri Pandits is too well-known to be narrated again here.

A communal angle has always been present in the Kashmir militancy, exemplified by the massacre of Sikhs at Chittisinghpora in 2000. Had it not been for the role of religion, terrorists would not have attacked temples all over the valley after the Charar-e-Sharief operation, involving the foreign terrorist Mast Gul. Because a Muslim shrine was gutted, the reaction took place on Hindu shrines.

John McCuen has described four phases of insurgency in his The Art of Counter-Revolutionary War: The Strategy of Counter-insurgency. Eventually, disheartened by the failure of the military dimension, the militant groups slipped into the phase of terrorism from that of an insurgency.

And it is the terrorism phase which appears to be in the front seat now.

Also read: Terrorism Is a Political Phenomenon. To Blame It on Islam Is Wrong

The dangers of revived communalisation of militancy

A few killings, howsoever reprehensible, do not qualify for drawing a generalised inference. However, given the long history of a communal flavour of militancy in Kashmir, a revival of such incidents suggests that militancy is likely to get communalised again. It is a bad omen for the nation because the communal atmosphere in the country is already highly surcharged. That is where the present scenario differs materially from the yesteryears’.

The terrorists are aware that taking on the might of the Indian security forces ‘militarily’ is no longer possible for them. Hence, they are on the search for soft targets, which are not just soft in terms of ease with which they could be attacked — they want to choose targets, which convey a clear message.

The message is directed both at the government of India and the communities of the persons killed.

The message to the government of India is that they regard it as a government of the majority community and hence, if they cannot attack the organs or security apparatus of the government directly, they would attack its soft belly instead, the weakest of the weak targets.

To the majority community, the message is especially sinister. The targeted killings of Hindus and Sikhs in the Valley in such a brutal manner is aimed at creating revulsion in the country in the hope that they might be retaliatory attacks on Muslims elsewhere in the country, in the forms of riots or whatever.  This would vitiate the already vitiated communal atmosphere in the entire country further and from the perspective of the militants; it would help them once again to internationalise the issue by mixing the issue of Kashmir with the larger issue of persecution of Muslims in India.

N. C. Asthana, a retired IPS officer, has been DGP Kerala and ADG CRPF and BSF. He has authored 49 books, including nine books on military science, defence and strategy and four on internal security.