If humiliation is the benchmark, almost every other person in Kashmir has a valid reason to join the militancy. Fortunately, most manage to keep their cool. 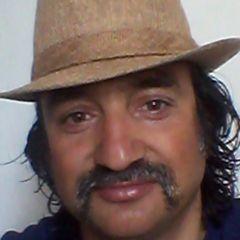 “Be peaceful, be courteous, obey the law, respect everyone; but if someone puts his hand on you, send him to the cemetery,” Mannan Wani, the Kashmiri PhD scholar from Aligarh Muslim University who recently joined the Hizb-ul-Mujahideen, quoted Malcom X in a letter he sent to CNS, a local news agency. The letter, which was taken down from the CNS website within hours, is still available on social media. An FIR has been lodged against the portal for having published it.

By writing the letter, the scholar-turned-militant has unwittingly done something contrary to the ideology which “forced” him to put down his pen; that he took to writing again instead of sticking to his newfound weapon suggests he still believes that ink is more effective than blood.

For a scholar to abandon his research to join a more violent path and then try and justify it is rare. Though  hundreds of youth, who uphold the slain militant Burhan Wani as a ‘role model’, have joined the militancy in the state, the precedent which the likes of Mannan Wani and Kashmir University professor Rafi Bhat  have set will have far-reaching consequences. Mannan Wani is pictured with a gun in a photo that went viral on social media. Credit: Twitter

The Burhan Wani factor could be attributed to a simple rush of adrenalin, particularly when taking into account the staggering crowd of 50,000 men, women and children who attended his funeral, the media attention he got, as well as the unprecedented events that unfolded after his death which eventually saw the killing of over a hundred civilians.

The paltry attendance at the funeral of former chief minister Mehbooba Mufti’s father and Peoples Democratic Party (PDP) founder, late Mufti Mohammad Sayeed, indicates the sway Burhan held over the hearts and minds of boys in his age group. 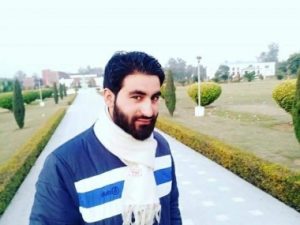 While the Burhan factor may have exhausted its potential two years later, the killing of professor Rafi Bhat and Mannan Wani’s decision to take to arms may be even more devastating. Mannan Wani had a bright future ahead of him, as did Bhat, but the way the duo sacrificed their illustrious careers to pick up the gun may affect the course of militancy in Kashmir.

The phrase in the Malcom X quote – “send him to the cemetery” – is particularly upsetting and more so because of the manner the young scholar-turned-militant eulogises violent modes of resistance.

However successfully or unsuccessfully Mannan Wani’s letter justifies his decision, one thing is for sure – it will serve as a guide for ‘disgruntled’ youth in their search for options. And in Kashmir, where those are few and far between, the gun is increasingly being seen by some young men as a natural choice.

It is well known that Burhan joined the militants after an incident where security personnel reportedly beat him mercilessly. His brother Khalid Wani was allegedly tortured to death by security forces in April 2015 when he had ‘gone for a picnic’ with his friends. Burhan, who, according to his father Muzaffar Wani, wanted to become an army officer or play cricket for India, did not fire a single shot in his militant life spanning six years. The father, in an interview to the Times of India, requested boys of Burhan’s age not to be lured into militancy.

It may perhaps never be known what led Mannan to join militancy. At 25, he is in a much better position to reason out his decision than the 15-year-old Burhan was when he became a militant. The long letter Mannan chose to write doesn’t explain anything beyond rhetoric rolled out to the world at large that “India is keeping Kashmir silent under the jackboots of slavery“.

Talking about a “disgusting day” when SOG personnel subjected him to repeated checks, questioning him about his untrimmed beard, long boots and the shawl he was wearing, doesn’t provide a convincing enough explanation. The flagging down of automobiles in Kashmir is routine. More so, since a number of militants have been apprehended over the years while on the road, there is no real justification for a geology scholar like Mannan to be upset on this account. And since he hasn’t complained about any misbehaviour on the part of the SOG personnel, or any attempt by them to humiliate him, the experience of a “disgusting day” doesn’t quite fall into place.

His “best moment” description perhaps explains it all – he talks about a “comment” made by an army officer about how he resembled a famous commander who had given the army sleepless nights. This indicates that something had been brewing in his mind for a while.

A person who has worked hard for four years studying at an elite university is not likely to squander it all by taking an impulsive decision over a trivial incident. Geology, for that matter, is the study of pressure and time. That’s all it takes, really – pressure and time. If humiliation is the benchmark, almost every other person in Kashmir has a valid reason to join the militancy. Fortunately, most manage to keep their cool.

Since the number of militants in Kashmir hasn’t risen beyond a few hundred in a calendar year, it would appear that most Kashmiris prefer a peaceful solution. Why ordinary civilians come to the rescue of trapped militants during combat operations – a fact Mannan mentions in his letter – is for an altogether different reason. The Indian state hasn’t been friendly to Kashmiris, and over time this unfriendliness has turned into a deep hatred against the state and its functionaries in Kashmir. This is why to most people, Burhan Wani was a soldier rather than a terrorist – someone who had been pushed to the wall and had picked up a gun to fight the injustices he was subjected to. 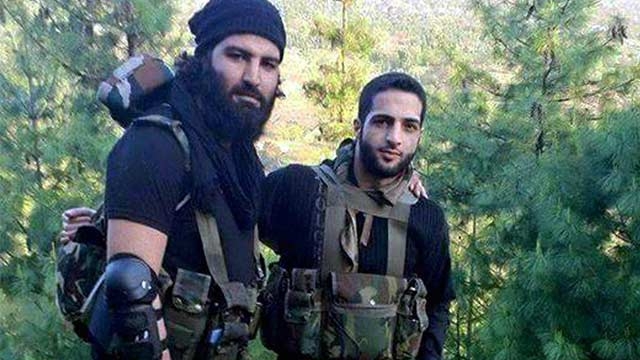 Not only are Mannan Wani’s familiy members in a state of shock over his decision, but his friends and colleagues also penned an open letter, requesting him to return home. “There are those who encourage and eulogise the path you’ve chosen, but then there are others who out of their love, emotions, affection and concern for your well-being call you back,” reads a letter written by Kashmiri students at AMU, addressing him as “Mannan Bhai”. The letter appeared in Indian Express.

Their open letter tries to drive home the point of how everyone in Kashmir has been a “victim of the vicious cycle of violence” and that the only respectful way out is to use one’s talent to end this misery:

“People like us, who know you well, and trust that your talent could be channelized in a constructive manner. Your befitting virtues of oratory, presentation, and debating were already apparent to us than what you presented to us now. You could be an inspiration to our youth. You could participate in the reformation of our society. You could fill the lacuna in leadership that we always claim to face. You could directly address the people if you choose a non-violent path over the violent one, without burdening your conscience. You could be a valuable asset for all of us.”

After deciding to take up the gun, Mannan Wani may have already lost the opportunity to address the problem peacefully. “There are ways of protest that attract different persons differently. All of us know very well how you used to register your dissent against the state excesses in Kashmir. That was already the best possible way for people like you to contribute your part,” says the letter.

At the same time, the letter by Kashmiri students at AMU underpins the importance of dialogue in resolving conflicts as complex as that of Kashmir. Their observation that “real answers need to be found in dialogue and interaction and, yes, our shared human condition” is something that cannot be wished away from the equation.

Whether the militant author is fond of Malcom X or simply quoted him for the heck of it, he has certainly forgotten something else the African-American revolutionary said: “Education is the passport to the future.”