CDS General Bipin Rawat, along with his top commanders, told an all-party parliamentary Public Accounts Committee that the military de-escalation process with China would be a 'long drawn out matter.' 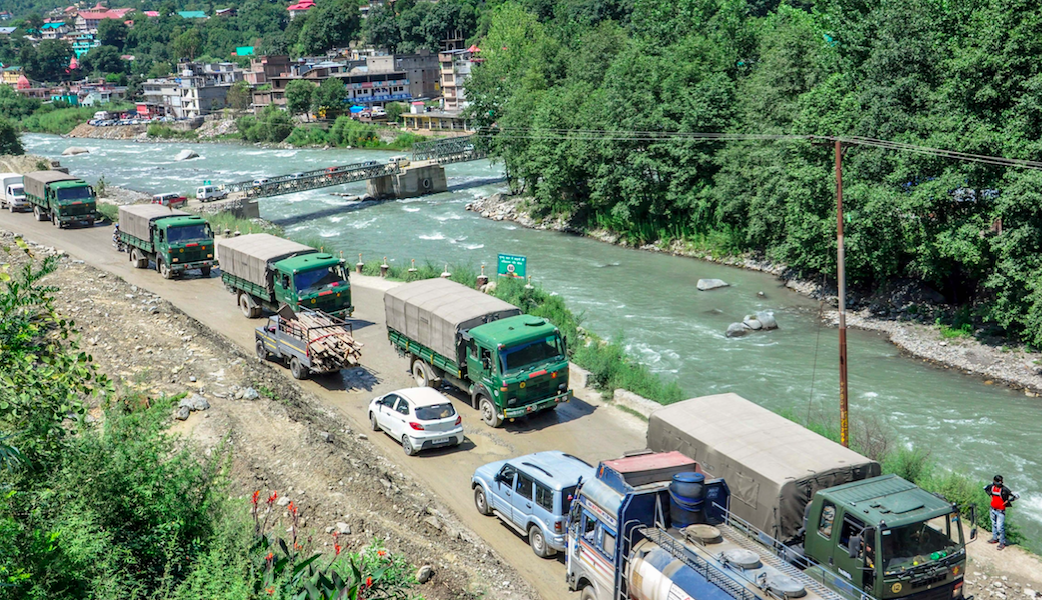 Chandigarh: Military pressure on China’s People’s Liberation Army (PLA) to vacate the large tracts of Indian territory it has been occupying along the line of actual control (LAC) in eastern Ladakh since early May, appears not to have worked.

Despite five rounds of Indian and Chinese corps’ commanders’ talks between mid-June and early August, the onus, it now seems, is on Indian diplomats, security officials, politicians and economists to manage the PLA’s eviction and to restore the military status quo ante which prevailed along the LAC in April, before hostilities began.

This outcome became decidedly apparent after India’s newly appointed Chief of Defence Staff (CDS) General Bipin Rawat, along with his top commanders, told an all-party parliamentary Public Accounts Committee (PAC) last week that the military de-escalation process with China would be a long drawn out matter.

In their collective depositions, the CDS and his senior colleagues reportedly informed the PAC that as the process of the PLA’s de-escalation and pullback was likely to be an ‘extended one,’ the Indian Army was preparing to deploy personnel along the LAC during the upcoming harsh winter months, October onwards.

In military and security circles, General Rawat’s statement has been considered as sign of the Indian military’s inability to effectively ‘coerce’ nuclear-rival China into vacating occupied territory along the LAC which India perceives as its own – a line which, ironically, China too has endorsed for decades.

This outcome has been despite the Indian Army’s ‘mirror deployments’ to the PLAs along the LAC, backed by howitzers, main battle tanks, assorted missile batteries, and frequent sorties over the contentious region by the Indian Air Force’s (IAF) varied combat aircraft and attack helicopters, to match those of the PLA Air Force (PLAAF) operating on the Tibetan plateau.

In addition, in an extended bid to exert pressure on China, the Indian Navy (IN) has been aggressively patrolling the Indian Ocean, where it believes it has the operational edge over the PLA Navy (PLAN), a relatively new entrant to the region.

And, to add to the Indian military’s chagrin, even the July 29 arrival in Ambala of five 4.5 generation Dassault Rafale fighters failed to frighten the PLA into behaving, thus leaving the field open to the country’s three other principal instruments of national power to confront China’s formidable strategic and military challenge. Other than the executive headed by Prime Minister Narendra Modi, these broadly include diplomats, economists and those manning the informational domain, that comprises public diplomacy and assorted communication campaigns.

Over the past few weeks, official sources said, India’s military is believed to have subtly conveyed to the federal  government that it was now up to these instrumentalities to ‘address the immediate point of pain’ along the LAC and to work towards restoring the status quo along it.

Senior officers and defence analysts, however, conceded that even these channels had little or no leverage to ensure Chinese compliance, forcing perhaps the inevitability of India having to reconcile itself to yet another ‘new normal’ in territorial title in the disputed Himalayan region, much like it had 58 years earlier, following the border war with China in 1962.

Official sources told The Wire that the PLA has refused to pull back from slivers of territory it occupies along the Pangon Tso (Lake) and the strategically located Depsang Plains to its north to a depth of some 25-30 km in keeping with its 1959 claim line that led to the border war three years later. Sub-Sector North: Map of the road from Durbuk to Daulat Beg Oldie. The place where Indian and Chinese soldiers clashed on June 15, 2020 is around 5 kilometres east of the road. Image: The Wire/Google Earth

And though the PLA has pulled back from the Galwan River area, it has created a 4 km buffer zone, of which 3 km is on the Indian side of the LAC and where patrolling for now is circumscribed. Similarly, the PLA’s disengagement in the Hot Springs-Gogra Sector is restricted to merely 1 km, and in no way in consonance with what was reportedly mutually determined during the third round of the respective corps’ commanders meet at Chushul on June 30.

The most recent August 8 meeting between Indian and Chinese Major General-rank officers, commanding divisions along the LAC, at a meeting point on China’s side of border at Daulat Beg Oldie also proved futile. Neither side, it seemed, was willing to either disengage or pull back to end the stalemate, official sources said.

Meanwhile, the ‘long haul’ that General Rawat referred to in his PAC deposition was the impending deployment in eastern Ladakh of an additional 25,000-30,000 troops across a 300-350 km frontage in mountainous terrain over 13,000 feet and above in altitude.

With no infrastructure whatsoever to sustain these troops in murderously freezing temperatures, the army and Ministry of Defence (MoD) are at present involved in feverishly creating habitats and acquiring high altitude gear at great expense, to sustain the six-month long deployment expected to last till April 2021.

Under its significantly augmented ongoing Advanced Winter Stocking (AWS), the army is also piling up food, fuel, ammunition, missiles and assorted ordnance to sustain the additional placements. The Army Chief, General M.M. Naravane, too, recently told his frontline LAC formation commanders to maintain a high state of alertness to deal with any Chinese ‘misadventure’, but provided little optimism regarding any PLA pullback and status quo restoration.

And though this troop deployment along the LAC in Ladakh is inevitable during the upcoming winter, its tactical and strategic intent in military terms remains somewhat unclear.

Is it to prevent China from transgressing the LAC further? Or is it aimed at pressurising the PLA into eventually restoring the status quo along it as prevailed in April, and foregoing its 1962 territorial objectives in the Ladakh region? Or is it a misguided combination of both with no end factored into the eventual outcome ?

It also needs stressing that the PLA is comparatively better housed and accoutred than the Indian Army on its Tibetan side of the LAC, further rendering an unequal contest even more asymmetrical between the two forces at the basic environmental level.

Many senior retired and serving army officers, believe that this upcoming deployment is merely a forerunner to debilitatingly rendering the LAC into another ‘hot’ disputed border, akin to the Line of Control or LoC in Kashmir, that India can ill afford.

Can India’s concomitant instrumentalities of governance and state power, other than the military, obviate such an outcome?