China has erected troop barracks and other structures in areas around the LAC which they have transgressed since early May. Hence, winter positioning for them at these forward locations pose limited hardship. 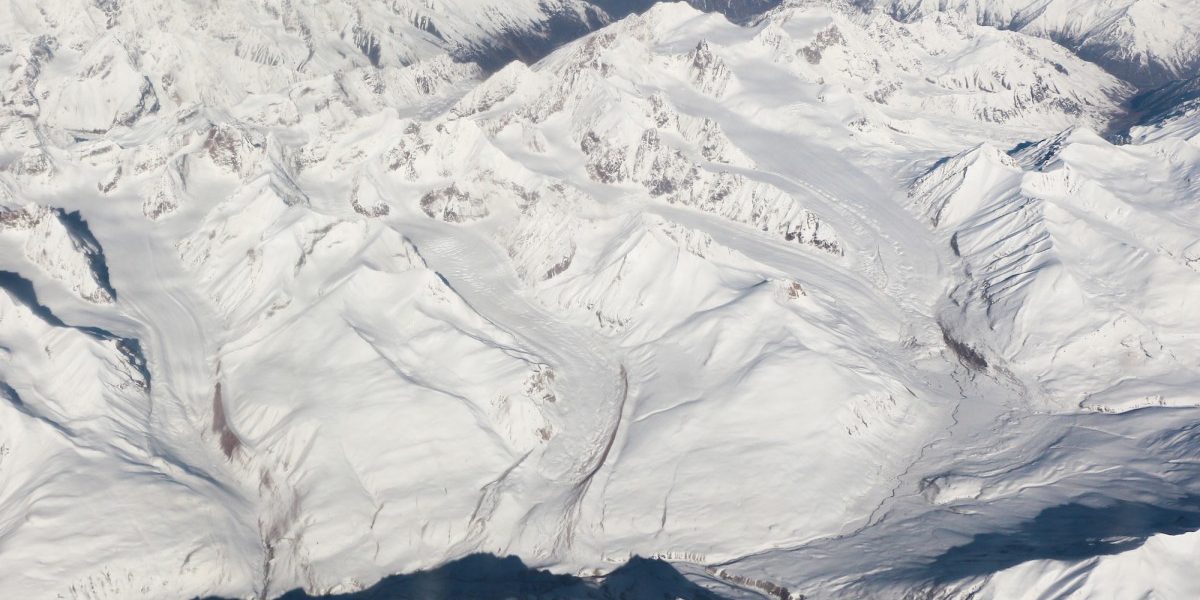 File photo of Ladakh in the winter. Photo: Wikimedia

Chandigarh: It is almost certain that the Indian Army will supplement its force levels this winter to defend the line of actual control (LAC) in eastern Ladakh against Chinese aggression, by at least a division, or some 20,000 troops, if not more, adding significantly to its colossal logistic burden at prodigious expense.

According to senior officers, sustaining these additional troops to reinforce XIV Corps 3 Division, currently deployed defensively along the LAC against the Peoples Liberation Army (PLA) at forbidding heights, will add significantly to the army’s enduring budgetary and planning woes during the approaching winter months.

Doubtlessly, this will inflate what is the world’s largest and most unique logistic operation routinely undertaken, October onwards to sustain some 75,000-odd XIV Corps troops for six months every year. This follows the perennial closure of the snow-bound Rohtang and Zoji passes that provide road access to Ladakh via Manali and Srinagar respectively.

Also Read: As Tensions in Ladakh Mount, So Will Army’s Deployment Costs to Meet Chinese Challenge

Once the two passes close, the only alternative to ferry supplies to Ladakh’s hostile environment is by Indian Air Force (IAF) transporters and helicopters; but this route is circumscribed by inclement weather and unpredictable Himalayan atmospheric conditions.

Besides, air transportation is hugely expensive, with a 140-minute return flight by a four-engine Lockheed Martin C-130J-30 transport aircraft from the army’s logistics base at Chandigarh to Leh, for instance, costing around Rs 12 lakhs. The same journey by an IAF C-17 Globemaster III strategic lift aircraft would cost close to an astronomical Rs 90 lakhs, officials said.

According to retired Major General A.P. Singh, former XIV Corps chief of logistics for two years till 2013, the logisticians’ target for normal winter stocking is a staggering two lakh tonnes of assorted food, fuel and materiel, including munitions.

The approximate cost of these supplies and goods and their transportation, he estimates to be around Rs 20,000 lakh or Rs 100,000 per truck, which, since 2013 has multiplied; and at current  inflated petrol and diesel prices, after recent repeated fuel cost increases, would be even higher.

“While this amount is expended routinely each year, expenses will rise exponentially by October depending on the additional deployment” said Amit Cowshish, former financial advisor to the Ministry of Defence (MoD) on acquisitions. Expenditures are anticipated to be far higher than the amounts spent earlier, he added.

The army’s daily consumption of rations including kerosene to keep warm in the absence of electric power in temperatures averaging minus 25 degrees Celsius in winter in this region, is around 600 tonnes, and includes fodder for livestock.

Drass, for example,  56km from Kargil, is the world’s second coldest place after Siberia’s Oymyakon region – with the mercury plummeting to minus 35-40 degrees Celsius in winter.  The wind chill factor here drops to below 50 degrees Celsius for nearly six months in the year till late March.

Supplies are separately transported to Daulat Beg Oldie or DBO (17,732 feet) and Demchok (14,000 feet) adjoining the LAC, a tehsil that is claimed by Beijing as part of the Tibet Autonomous Region, which China militarily incorporated into the Peoples’ Republic in 1950.

Additionally, the move-in and move-out of troops and locals like porters and others living in the wider Leh region area like herders, is provided jointly by the army, the Border Roads Organisation and, at times even by the IAF during the extended winter lock-down period.

Meanwhile, supplementary troops deployed to the LAC would also require high altitude tents and clothing that would need to be imported from European suppliers at inflated prices, as its need was immediate, leaving little or no time for competitive bids.

Construction of permanent or even semi-permanent accommodation for these formations in inhospitable terrain close to the LAC too would need to begin directly, as cement at those heights takes long to dry, and not at all after late August when the cold weather commences. Hence, the urgency for Army Headquarters to decide forthwith on additional deployments to the LAC to ensure their survivability.

Presently, three extra divisions, including one Army Headquarters reserve formation, remain deployed to Ladakh to meet the PLA threat. But considering the ongoing bilateral military, diplomatic and political negotiations between India and China, it is unclear if many or any of these troops will be recalled or redeployed elsewhere.

Therefore, there is little or no doubt that logistic support for these extra army personnel would be critical. As the ancient Chinese military strategist and philosopher Sun Tzu declared centuries ago: the line between disorder and order lies in logistics.

The PLA, for its part, appears to have heeded Sun Tzu’s advice aptly by erecting permanent troop barracks and other structures in areas around the LAC which they have transgressed since early May. Hence, a winter positioning for them at these forward locations would pose limited hardship.