'As if a War Is About to Break Out': Increased Security Force Presence Creates Tensions in Srinagar

Marriage halls in several parts of the city have been converted into barracks. 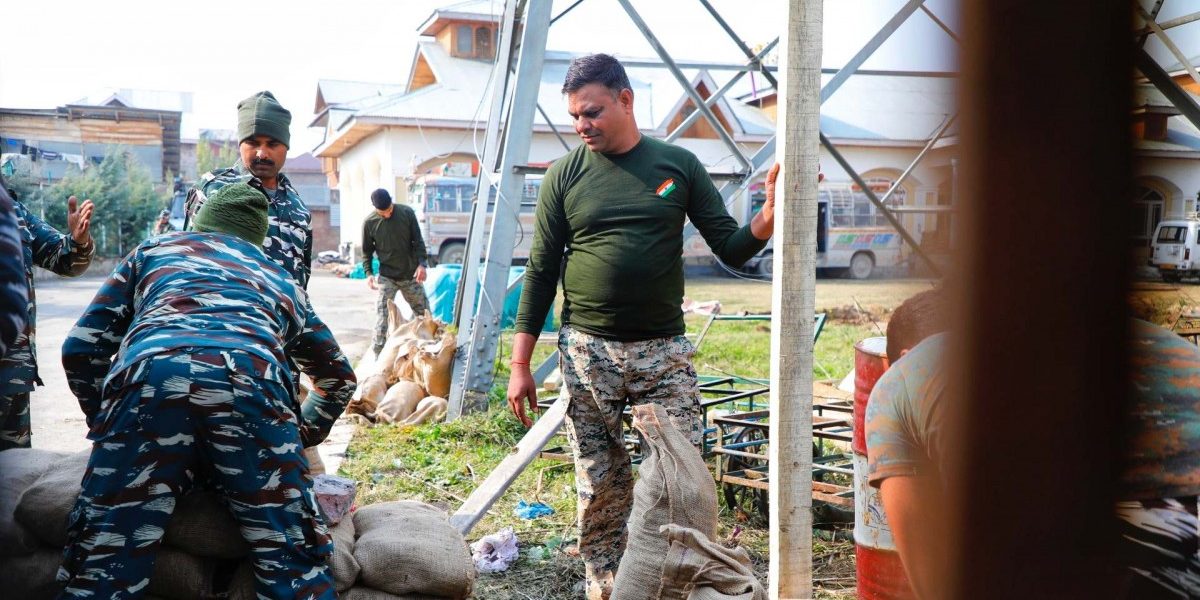 Srinagar: Marriage halls in parts of Srinagar are turning into barracks for security forces as the Jammu and Kashmir administration steps up military deployment across Kashmir due to a surge in militant violence.

The decision to deploy additional security forces in Kashmir came after Union home minister Amit Shah chaired a security review meeting in Srinagar last month. After Shah returned to the national capital, sources said the J&K administration was asked to identify locations for the inbound troops.

A senior official in the J&K administration said the Union government is deploying an additional 50 companies of the Central Reserve Paramilitary Forces (CRPF) and 25 Border Security Forces (BSF) companies in parts of Kashmir. He said the deployment of paramilitary forces has been increased on the directions of the Union home ministry.

Sources said 30 companies drawn from the CRPF and the BSF are being deployed in Srinagar city alone, which was rattled last month by the killings of migrant workers and members of minority communities, including a female Sikh school principal and a prominent Kashmiri Pandit chemist. “The presence of security forces in public places acts as a deterrent for terrorists who may try to carry out sensational attacks,” the official said.

“The (Srinagar) district administration has marked marriage halls in Shatrashahi, Barbar Shah, Nowshehra, Ilahi Bagh, Mal Bagh and other localities which have been or will be soon taken over by troopers,” said a source, adding that additional troops are being deployed in other “volatile districts” of the Valley. 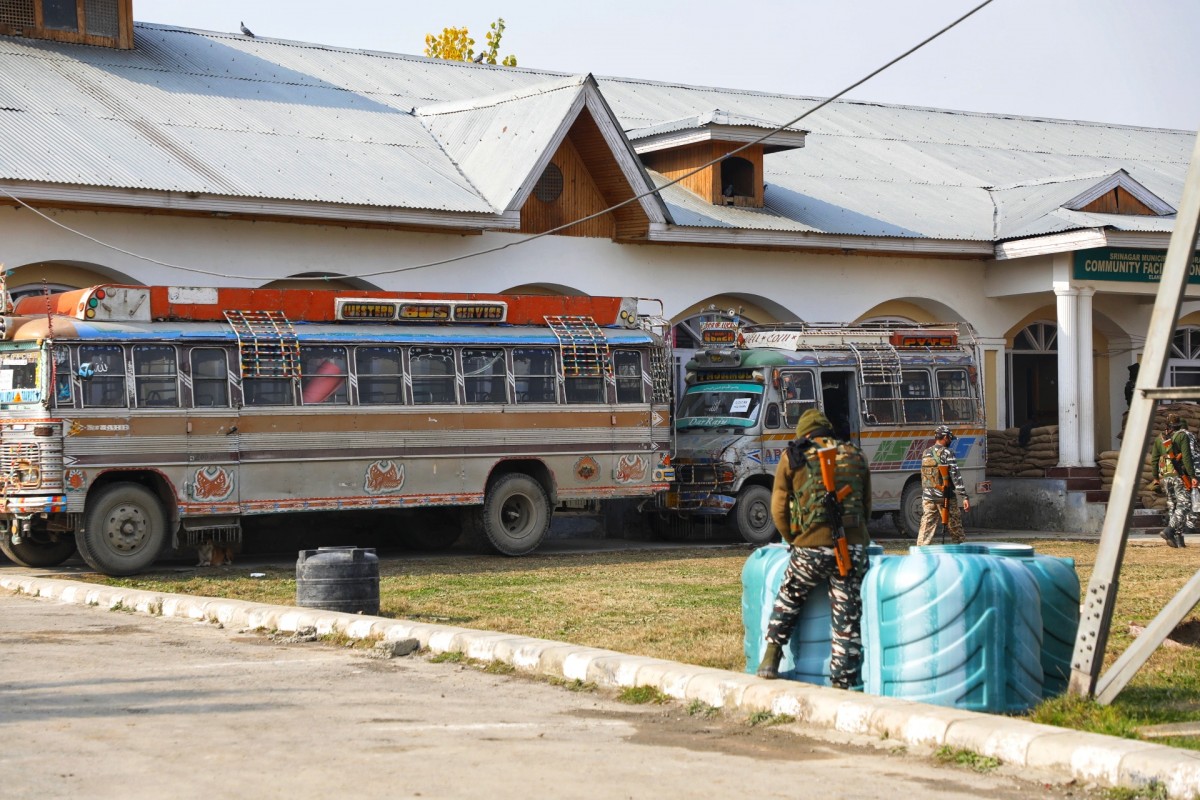 However, the troop build-up has deepened anxieties of the city’s seven million residents, who feel like they are living under a constant siege. The deployment comes as dozens of new bunkers and checkpoints have sprung up on the roads in recent weeks and months, giving Srinagar the look of a garrison city.

“It feels like we are living in a prison. Every day on the way to my office in Lal Chowk, which is barely three kilometres from my home, I have to cross three checkpoints,” said Aadil Ahmad, a resident of Srinagar’s Chanpora locality who works at a mobile repair shop.

Earlier this week, a cavalcade of heavy trucks carrying CRPF troopers came to a grinding halt outside a marriage hall in the city’s Shatrashahi locality. As the paramilitary troopers took possession of the hall, alert cops stood guard outside on the road, stunning the residents.

“It is good that CRPF is being deployed. We are not against this decision,” said Shabir Ahmad, a resident of Shatrashahi, choosing his words carefully because speaking out openly can invite trouble from the authorities.

“But ours is a congested locality because of which they (CRPF troops) face a lot of problems. Their vehicles get stuck for hours which causes inconvenience. We only want to live in peace and we want them to live in peace as well,” he said, requesting the administration to relocate the troops. 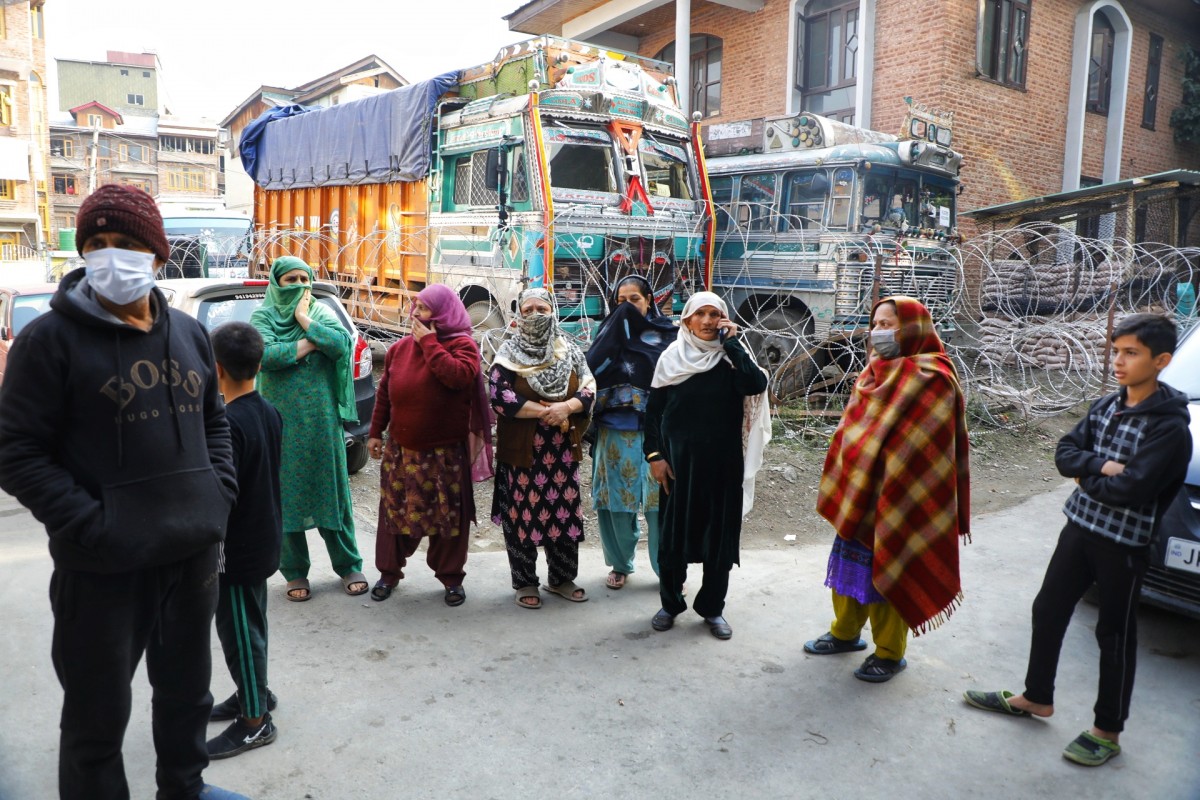 Locals outside a marriage hall that has been converted into a barrack. Photo: Faizan Mir

Shatrashahi is one of the oldest colonies of Srinagar, located in the vicinity of highly guarded installations such as the Civil Secretariat, Police Control Room, Kashmir top cop Vijay Kumar’s office, District Police Lines and Fire Service Headquarters.

Ahmad, who is the president of the Shatrashahi mohalla committee, believes that the residents should have been consulted by the administration before handing over the marriage hall to the CRPF. “We tried to speak with the officials but they told us that the matter was not in their hands,” he said.

Another resident, who didn’t want to be identified, said the hall was used by locals of Shatrashahi and other neighbouring areas for accommodating large gatherings for marriages and deaths. “Where will we go now?” he said, sounding angry. “Srinagar is a big city. There are many vacant buildings. Why can’t the administration shift these troops there instead of choking an already congested locality.”

In Srinagar’s Elahi Bagh locality, small children cast anxious glances while women covered their faces with headscarves as they walked along the road near the Community Facilitation Centre, which was taken over by the CRPF troops earlier this week. “I am scared of coming out of home even during the daytime now. In the name of security, this will become another point of harassment for the locals,” said a woman who didn’t want to be identified.

At least a dozen residents of the affected localities in Srinagar, who spoke with The Wire, complained that the presence of troopers in their midst has made them feel more vulnerable. “The whole locality is living under siege. It is as if a war is about to break out,” said another woman in Shatrashahi, who didn’t give her identity. “If God forbid something goes wrong, we will have to face the music.”

Abhiram Pankaj, a CRPF spokesman in Kashmir, told The Wire that the paramilitary forces are deployed at the request of the state government for law and order duties wherever they are required. “The accommodation and other logistics are provided by the local administration after consultations with the police and other security agencies. We have no role in it,” he added.

Kashmir’s divisional commissioner P.K. Pole, whose office is facilitating the deployment of paramilitary forces in the Valley, could not be reached for comment. 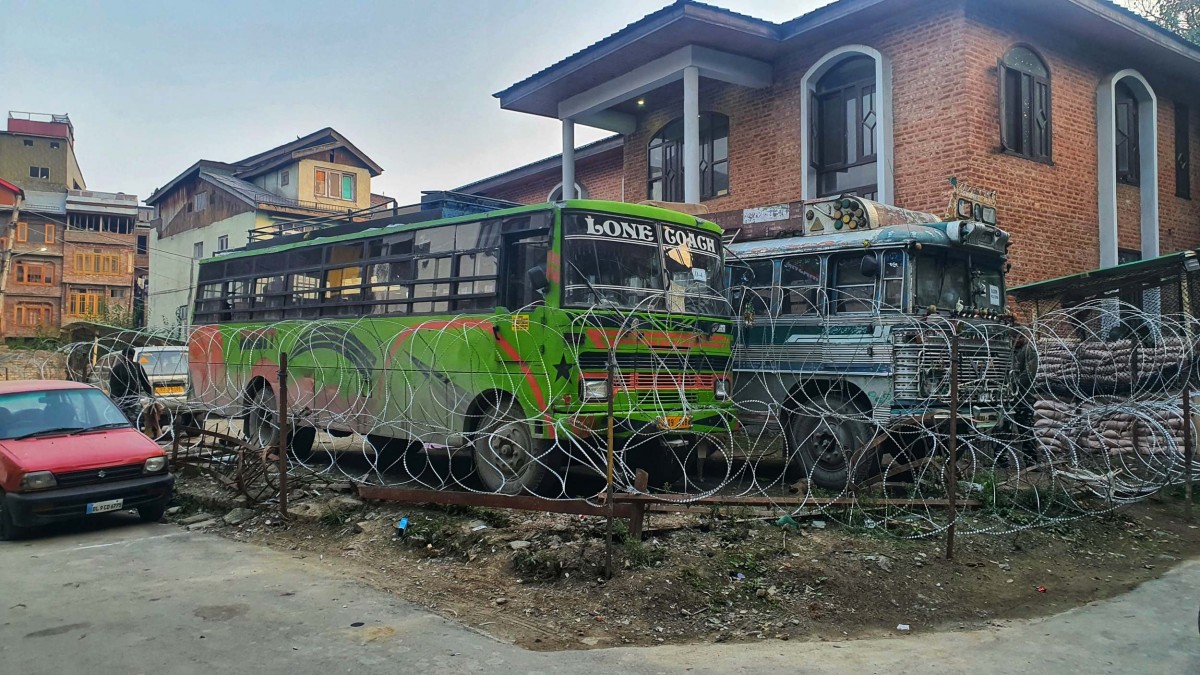 Srinagar mayor Junaid Azim Mattu said the Srinagar Municipal Corporation, which manages the city’s marriage halls, was not consulted by the administration on the issue. “These Community Halls are integral to social and community functions and are constructed in areas where people don’t have huge houses and lawns. They, hence, are a community necessity,” he said in a tweet.

Junaid said the takeover by paramilitary forces has caused “huge inconvenience to people” which will “stigmatize law and order measures.”

“I strongly favour that CRPF personnel deployed in Srinagar should have decent, appropriate housing facilities – but have strongly urged that Community Halls are left for community services. This is not a political issue – and should not be distorted as such,” he said in a series of tweets.

Last month, the J&K administration cleared a proposal to transfer more than 500 kanal land in south Kashmir districts, including near Pahalgam health resort, to pave way for the CRPF to build permanent accommodation for its troops in these areas, the first such transfer after the reading down of Article 370.

An official statement said the paramilitary force will construct 10 more bases in south Kashmir districts of Anantnag, Shopian and Pulwama for which 524 kanal 11 marla state land has been transferred to the CRPF. “The land will be transferred against the payment as per the stamp duty rates notified for 2021. It will provide for safe and proper accommodation to CRPF personnel and their families,” the statement said.

Kashmir has seen uptick in insurgency-related violence, with militants apparently changing their strategy by going after “soft targets” instead of launching direct attacks on security forces. On Friday, a brief shootout took place in Bemina between security forces and militants who later managed to escape from the area.

According to official data, more than three dozen civilians, including political workers of the ruling BJP, have been killed by terrorists this year with at least 12 civilian killings reported in October alone, making it the deadliest month since Article 370 revocation.

The Resistance Front, a new militant outfit formed in 2019 by Abbas Sheikh, a recycled militant, who recruited some of the cadre of existing militant groups such as Lashkar-e-Tayyabba and Hizbul Mujahideen, has claimed most of these killings.

Abbas was killed by security forces earlier this year but he is believed to have played an influential role in reviving militancy in Srinagar.