Kargil Vijay Diwas: 20 Years on, Has The Army Learnt its Lessons?

The deployment of the 8 Mountain Division, in spite of the other reserve formation being on hand, has had implications not just in casualties but also in the mobilisation of the Indian military's current day integrated battle groups meant for quick response tasks.

The Indian Army’s Cold Start doctrine is in large measure a product of the Kargil War and is only now getting its milk teeth. The concept of integrated battle groups (IBG) was finally tested 15 years after it was thought up, during military exercises this summer in the Exercise Kharga Prahar of 2 Corps, a strike corps of the Western Command. This was not without hiccups as the test bed exercise was postponed by a month, owing to the latest India-Pakistan crisis.

Media reports have it that the exercise being successful, the Army now has a force made potent with higher degree of firepower and mobility to add to India’s response repertoire, without triggering nuclear redlines. More IBGs would be in the offing, with up to eight finding early mention in the strategic literature put out by the cottage industry that grew up around Cold Start over the past 15 years.

The Air Force having stolen a march over the Army with Operation Bandar, its aerial surgical strike at Balakot, the IBGs would enable the Army to get back into the reckoning of retaliatory options in Pulwama-like situations. The army’s option of surgical strikes along the Line of Control (LoC) had been exhausted in the wake of the Uri terror attack.

The wheel appears to have come full circle since Kargil. The Army continues to make itself relevant to the nuclear age.

At Kargil, the Army’s political masters had proved reluctant to unleash it across the LoC, let alone follow Lal Bahadur Shastri’s precedent of crossing the international border in the 1965 war. The Army was then organised into strike crops with war strategies dating to Exercise Brasstacks in the late eighties. The Kargil War revealed that the advent of nuclear weapons had rendered these war concepts dated. 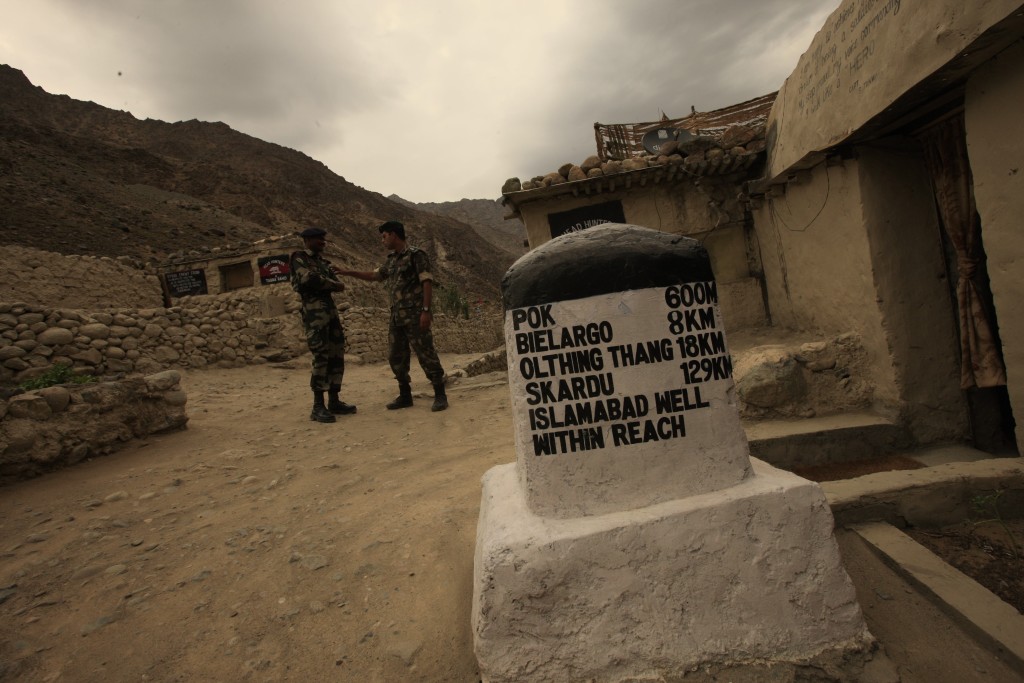 Sensing as much soon after the war, India’s then Army chief, General Ved Malik, spied a window between the sub-conventional level and the nuclear level in which the Army’s conventional advantage could be leveraged in limited war. Even as thinking got underway, India was stumped by the terror attack on the parliament, and deterred itself from chancing its strike corps in reprisal.

Cold Start was thought up in wake of Operation Parakram, a coercive diplomacy after the parliament attack. A newly-minted Army doctrine, colloquially called “cold start”, was adopted. Even while the doctrine was put through the paces in Army manoeuvres over the following years, the political level did not feel confident enough to rely on it in response to the dastardly 26/11 Mumbai terror attack.

Also read: I Witnessed the Kargil War. That’s Why I Won’t Celebrate It.

Though the Army geared up structurally – including by raising a new corps and a command for the Pakistan front – it could not assure against escalation since the lumbering strike corps persisted as the mainstay of its organisation for the western front. Finally, with the elevation of Bipin Rawat as Army Chief, the Army took ownership of cold start and delivered on the promise of IBGs.

It is not as if the Army lacked punching power in the interim. The Army took care to keep in readiness a combat command – an armoured or mechanised brigade – in rotation, ostensibly under training, in the desert sector. Others that had been staged forward from bases in the hinterland closer towards the border as part of early Cold Start restructuring, were also held on a short fuse.

It appears that the arrangement was unsuitable since the force on training was usually ad-hoc, comprising combat groups from different formations; thereby compromising cohesion. The other earmarked formations were mostly in peace time mode, resulting in invoking less confidence in a shifting of gears from cantonment soldiering to combat in short order.

This is a perennial bane of the Indian military.

Knowing its organisational culture best, the Army had taken its time readying itself in the prelude to both the 1965 and 1971 wars. In 1965, the summer was well spent in Operation Ablaze, triggered by Pakistan’s forays into Kutch at one end and into Kargil in the other, prior to the war. As for the 1971 war, the story of Manekshaw seeking in his inimitable style time to prepare, using the then-impending monsoons as excuse, is by now folklore, though there is no documentary evidence to support the claim.

Assuming that it had. in 1971. exorcised the demons from its resounding defeat in the 1962 war, the Army went somnolent only to be rudely awakened in the early phases of the Indian Peace Keeping Force sojourn. Shifting gears into intense combat took time and casualties, leaving a few hundred civilians Tamil dead.

On #KargilVijayDiwas, paid tributes to our martyrs at Chinar Corps (15 Corps) War Memorial in Srinagar.

India remains grateful to those in our Armed Forces who served in the Kargil conflict and defended our sovereignty with incredible valour.

History repeated itself in the Kargil War. The then Army chief Ved Malik, to his credit, accepts to being surprised by the occupation of the Kargil heights by the Gilgit Scouts by the end of winter. As the Army scrambled to ascertain the extent of the intrusion, it had the option of using reserve formations to evict the intruders.

At a commemorative seminar by a service think-tank (attended by this author), the then military operations head, N.C. Vij, let on that they alighted on 8 Mountain Division, then deployed on the counter insurgency and counter infiltration grid in Kupwara sector, for the task. He gave out that the Division Commander, Mohinder Puri, inspired confidence. Presumably, the leader of Northern Command’s reserve formation, 6 Mountain Division, missed out on history for this lack.

This is a curious reason to give.

Mohinder Puri had in a war game — made famous after the war for uncanny similarity to Pakistan’s plan then unfolding but unbeknownst to the war gamers — played the part of the enemy commander. He had, in his plans, bitten off the Kargil heights. The cost of choosing him over his counterpart for his perspicacity was reflected in the immense instability encountered in counter insurgency and in the anti-infiltration grid by the moving out of the 8 Mountain Division from the northern reaches of Kashmir.

Also read: Decoding the Logic Behind the Shelving of India’s Mountain Strike Corps

Pakistan was quick to exploit this gap by pumping in the jihadists, who then proceeded to launch fidayeen attacks over the next few years, till they were finally wrapped up by the additional troops deployed for Operation Parakram.

Admittedly, 6 Mountain Division, being based in Bareilly with its brigades to Uttarakhand, would have had a delayed arrival. Yet the time taken for moving in, familiarising with, acclimatising to and the eventual launch from the region could have been profitably used for reconnoitring, prepositioning artillery, softening the ill-prepared Pakistani sangars with firepower and planning a concerted battle.

In the event this was not done. The whole story of this critical decision remains untold, since two protagonists — the commanders of the Srinagar Corps and Northern Command — are no more.

There is little accounting for the lives lost. Then prime minister, Atal Bihari Vajpayee, was lauded for the decision not to cross the LoC. The responsibility for loss of lives must also be his, especially since the military did not fully buy into the decision. 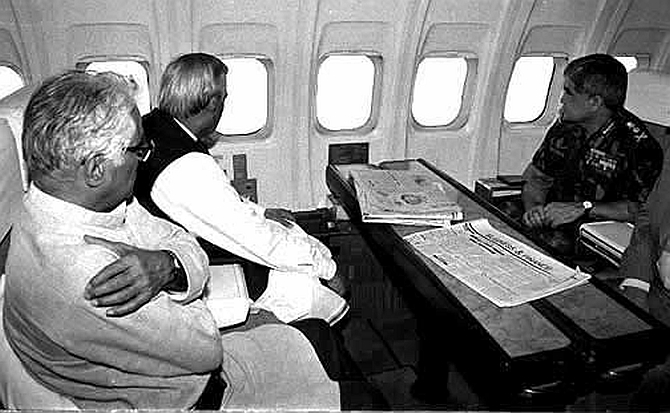 From the recollections that have surfaced so far, there is no record of political leadership pressuring for quick results. Such political pressure would have been plausible since Vajpayee’s was a caretaker government looking ahead to elections, having lost a parliamentary floor test by a single vote earlier in the year. If there was no pressure, the military leadership’s decision to destabilise the counter insurgency grid for quick results is missing an accounting.

Looking ahead, if the reserve division was unready then, there are lessons for IBGs.

The compulsion of delivering on the substantive side of the mandate is weighed down by frills that accompany peacetime soldiering. That these need pruning is evident from chiefs periodically riling against them; the naval Chief’s missive to his command on reduction of “unnecessary ostentation” being a recent example.

Also read: So Who Are the ‘Men in Shadows’ Guiding Top Army Appointments?

This peace time culture is accentuated by its extensive engagement in low-intensity conflict operations, which – in light of Indian manpower advantages – are only intermittently challenging and in limited areas at that. It gives the Army a self-image of a well-blooded force.

A limiting, tactical-level focus instead ossifies talent for other facets of professionalism. The commentary attending the Kargil War anniversary makes clear that the elements of operational art and strategic acumen – indicators of professionalism – were missing.

The IBG initiative owes to a failure to work the cultural changes intrinsic to mechanisation dating to the eighties. Manoeuvre warfare is fluid, relying on Auftragstaktik or decentralised, mission-command tactics based on directive control. If the Army had measured up to mechanisation, there was little reason for shifting to preconfigured IBGs for periodic “mowing the grass” operations.

Doctrinal and organisational changes are essential, but so is a cultural shift. The latter is not in evidence, with IBGs symbolising both the failure and its acknowledgement. Twenty years since Kargil, it remains true that the more things change the more they remain the same.

Ali Ahmed is visiting professor and fellow at the Nelson Mandela Centre for Peace and Conflict Resolution, Jamia Millia Islamia. He blogs on national security issues at www.ali-writings.blogspot.in and tweets @aliahd66.