Shukla says that all four disengagements since April 2020 – Galwan, Pangong Lake, Gogra and Hot Springs – have been disadvantageous to India. 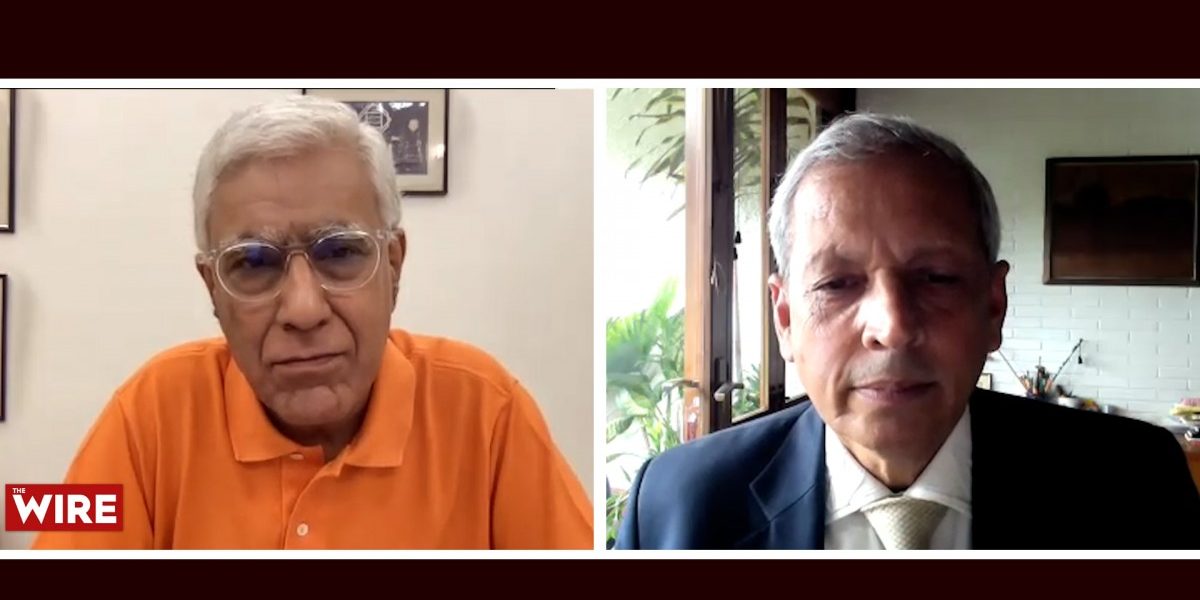 Colonel Ajai Shukla, the editor of strategic affairs of the Business Standard and one of the most informed senior journalists when it comes to the disengagement between the Indian and Chinese armies along the Ladakh border, has said that the Modi government has not given the Indian people the full truth on the matter and has consequently mislead them.

Shukla says that all four disengagements since April 2020 – Galwan, Pangong Lake, Gogra and Hot Springs – have been disadvantageous to India. He specifically says that in all four areas the buffer zones that have come into existence are entirely on territory both claimed and previously patrolled by India but now, as a result, India is denied the right to patrol up to where it previously could.

Shukla says in China’s case the buffer zones are not on territory claimed and previously patrolled by China and, therefore, China can continue to patrol up to the point where it previously did.


In a 30-minute interview to Karan Thapar for The Wire, Shukla said that he “absolutely concurs” with recent reports that the disengagement at Hot Springs has been disadvantageous to India. Speaking specifically about the buffer zone created at Hot Springs, he said: “They are all on Indian territory. Chinese soldiers can come in to a greater extent than before. With Indian soldiers it’s the other way round. Areas that were accessible before are no longer accessible.”

In the interview to The Wire, Shukla also spoke at length about the earlier disengagements at Galwan, Pangong Lake and Gogra. He said the same story is true of these three disengagements. Buffer zones have come up in such a way that India can no longer patrol on territory that it believes is Indian and where previously it could patrol.

Shukla gave details of the extent to which India has lost the right to patrol because of the buffer zones that have been created. In Galwan, its between 1 and 1.5 km, in Gogra, where the Chinese ingressed 4 km into Indian territory they have gone back 2 km and the other 2 km have become a buffer zone. This buffer zone, he added, is therefore, entirely on Indian claimed territory. At Pangong Lake he said India could previously patrol between Fingers 3 and 8 but can no longer do so. China, on the other hand, can and still does patrol up to where it did previously.

Shukla also spoke about Depsang and Demchok and said that at Depsang India had lost the right to patrol in approximately 15 km of its claimed territory. At Demchok he said it was around 5 km.

Finally, Shukla addresses the likelihood of disengagement at Demchok and Depsang as well as the question will the Chinese agree to restoring the status quo of April 2020. As of now, the Chinese government has clearly indicated that it will not agree to either. It considers Demchok and Depsang legacy issues that predate the 2020 standoff. As regards the status quo of April 2020 it has said this “was created by India’s illegal crossing of the LAC.”