The escalation of India-Chinese tension over border disputes and Kalimpong finally led to the 1959 border clashes, in August and October. 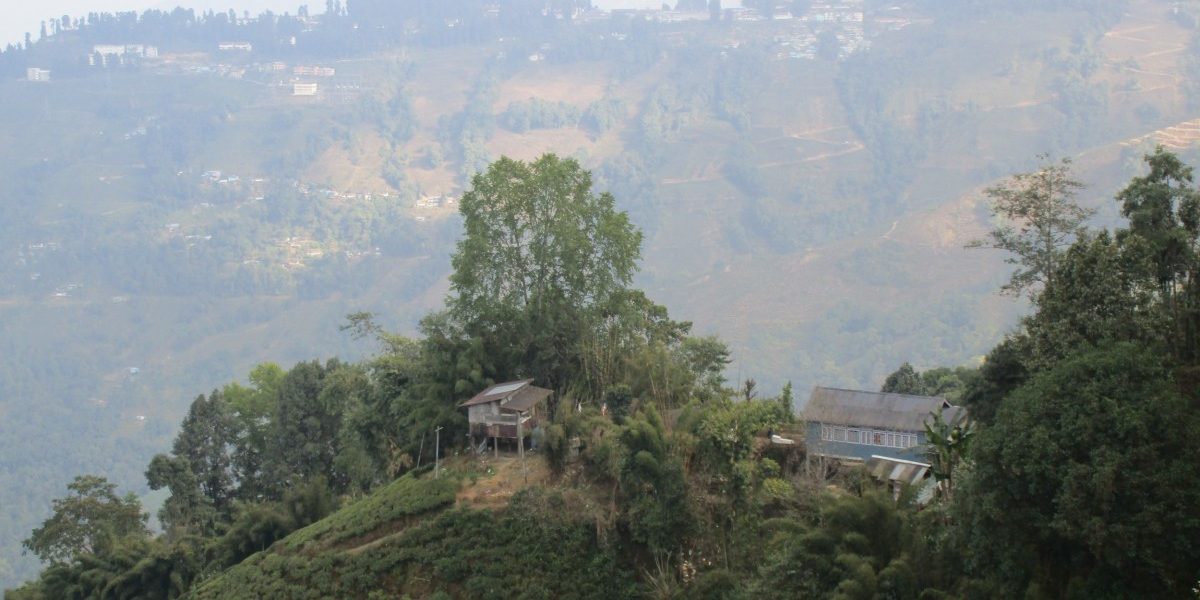 The recent India-China face-off in the Galwan Valley of Ladakh, causing casualties on both sides, has brought back to the fore the core issue troubling the relations between the two neighbours – Tibet. It was only after the Chinese annexation of Tibet in 1951 that China came to share a common border with India.

The India-China friendship was formalised in 1954 over trade arrangements between India and the Tibet region. It is because of access to Tibet from mainland China that the disputed territory of Aksai Chin along Galwan Valley has been so important to the Chinese since the early 1950s. And then, it was over Tibet’s mostly undemarcated and rather unclear traditional borders with India – stretching from Ladakh to Arunachal Pradesh – and alleged Tibetan rebel activities on the Indian soil that Sino-Indian relations started souring in 1958.

In the early days of the worsening of India-China ties, Kalimpong, a picturesque hill station adjacent to Darjeeling in West Bengal, played a key role.

Two issues regarding Tibet started triggered anxieties between the two nations in 1958 – China alleged in January that Tibetan rebels were using Kalimpong as their base for anti-China activities and the July edition of the magazine China Pictorial carried a map of China showing Indian territories along the Tibet border as theirs. Over the following months, India kept raising its concerns over Chinese intentions on maintaining the border status quo, while China upped the ante over Kalimpong.

Kalimpong and Tibet’s quest for independence

Kalimpong had a centuries-old connection with Tibet. Bordering Sikkim, the town is posited a little more than a 100 km from the Tibet border in Jelap La, less than a 100 km from the Nepal border at Kakarvitta and about 170 km from Bhutan’s border town of Phuentsholing. The town had a sizeable Tibetan and Chinese population and some people of Tibetan and Chinese origin still live there. When Tibet came under attack from the Manchu general Chao Erh-Feng of the Qing dynasty in early 1910, the 13th Dalai Lama had crossed over to British India and lived alternately in Kalimpong and Darjeeling before returning to Lhasa in 1912 and declaring Tibet’s independence in 1913.

An idea about the Tibetan population in Kalimpong can be drawn from the fact that it was also the town from were the first influential and long-running Tibetan language newspaper was published. The newspaper, Tibetan Mirror, started its journey in October 1925 and used to reach Lhasa. The present Dalai Lama wrote in his 1962 memoir, My Land, My People, about his tutors in Lhasa reading him out news of the Second World War from the Tibetan Mirror.

In 1949, when the independent Tibetan government started apprehending aggression from Communist China, the Kashag (Tibetan cabinet) appointed Khenchung Lobsang Tsewang and Surkhand Lhawang Topgyal as Tibet representative to the Indian government, who were to be based in Kalimpong. A trade agency named Tibetan Trade Mission opened in Kalimpong in the first half of 1950. About the trade mission, Jigmie Dorji Yuthok, who was born in the family of the 10th Dalai Lama, wrote in 2016,

“In 1950, I was called by the Tibetan government to serve as an English interpreter to the Tibetan Trade Mission. I was 18 years old and studying at St Joseph’s North Point, Darjeeling… We met with India’s Prime Minister Nehru. This “Tibet Trade Mission” was in reality a secret mission to request military arms from India, a request that Prime Minister Nehru turned down.”

Tsepon Shakabpa, who served as Tibet’s finance minister during 1939-51, had settled in Kalimpong in April-May 1950, several months before the Chinese army entered Tibet. He was trying to lobby for independent Tibet among the international communities, having Kalimpong as his base. It was from Kalimpong that he wrote to the UK and US governments, and dispatched Tibet’s appeal to the United Nations on November 7, 1950; right after the PLA captured Tibet. A telegram from Lloyd Steere, the counselor of the US embassy in New Delhi, to the US secretary of state, dated March 24, 1951, revealed he had met a Tibetan delegation in Kalimpong a few days earlier. 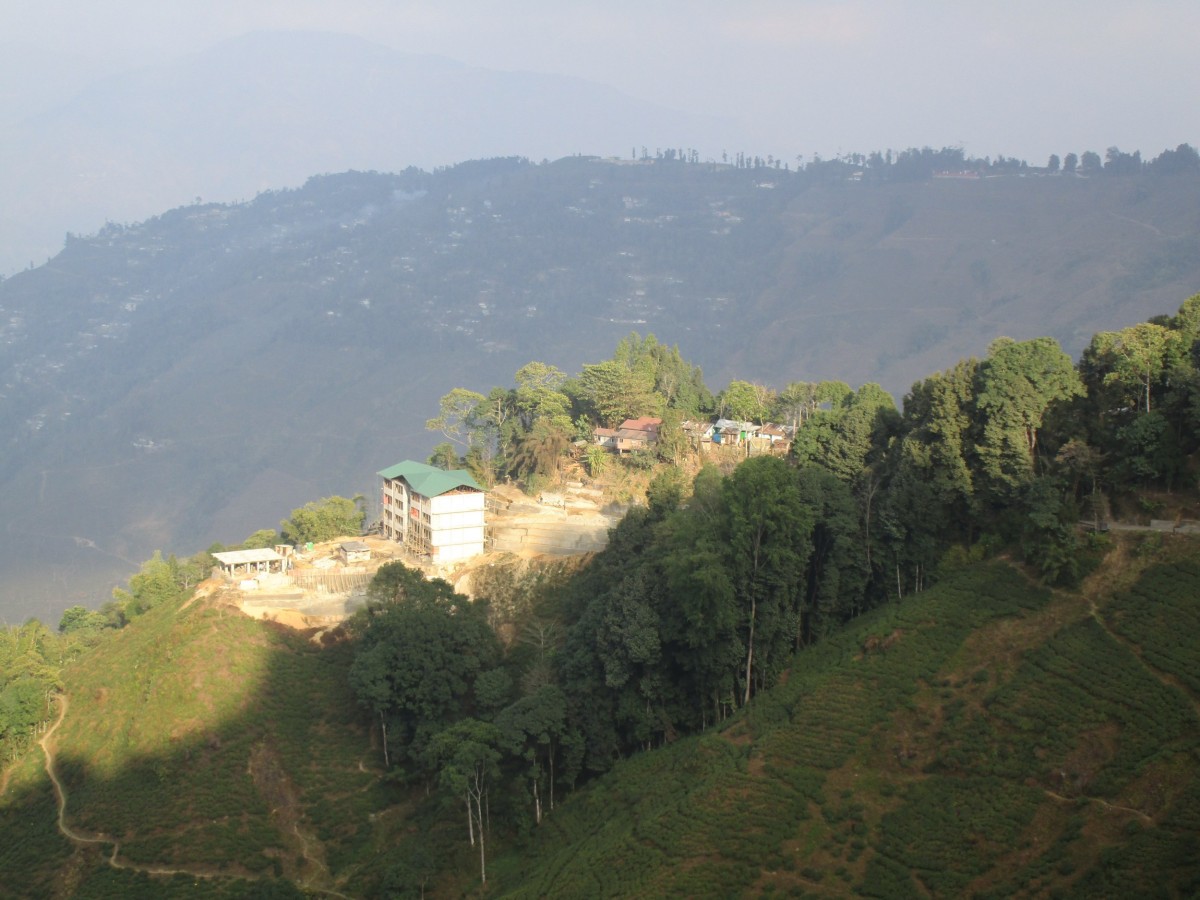 Besides, Gyalo Thondup, an elder brother of the 14th Dalai Lama who is believed to have acted as the unofficial diplomatic channel to the Dalai Lama for affairs related to Tibet, has also been based in Kalimpong since the 1950s and he still lives there. In 2015, he co-authored the book, ‘The Noodle Maker of Kalimpong: The Untold Story of My Struggle for Tibet’, which revealed many unknown aspects of the role of Kalimpong as a base for Tibet’s struggle for independence.

The size of the Tibetan population increased in Kalimpong after the Chinese People’s Liberation Army entered Lhasa in October 1950 and claimed sovereignty over Tibet. About seven months later, the Tibetan cabinet relented and signed on May 23 the ‘Seventeen-Point Plan for the Peaceful Liberation of Tibet’ that formalised the Chinese annexation of Tibet. A section of the Tibetan Buddhists, however, did not acknowledge this agreement and continued to work for Tibet’s independence while living in exile.

The Chinese government had Kalimpong on their radar right from the beginning. In the India-China trade agreement of 1954, Kalimpong was chosen as one of the three places where China was to open trade agencies, the other two being Kolkata and New Delhi. For Kalimpong, the Chinese government took over the existing Tibetan Trade Mission, much to the displeasure of the Tibetan community settled in Kalimpong.

The Chinese apprehensions over Kalimpong become clearer from the Dalai Lama’s 1962 book. In it, he described how, during his religious entourage in India in December 1956, the Chinese premier Zhou Enlai advised him against visiting Kalimpong. Enlai, who too was in India at that time, had met Nehru and expressed concerns about Kalimpong. It seemed to the Dalai Lama while meeting Nehru that the Indian prime minister, too, agreed with Zhou Enlai that “the people there (Kalimpong) might be troublesome” and might try to persuade the Dalai Lama not to go back to Tibet. Nehru said if he still wanted to visit Kalimpong, the government of India will undertake all the arrangements. Dalai Lama went to Kalimpong and, indeed, received a delegation from his own government urging him not to return to Lhasa. He went back to Lhasa, though, to give another attempt at gaining desired autonomy in a peaceful manner.

According to documents released by the government of India, Zhou Enlai again raised the issue during an interview with Indian Ambassador R. K. Nehru on January 12, 1958. On January 22, 1958, the Chinese ministry of foreign affairs submitted to the Indian Embassy in China samples of a leaflet sent to Tibet from Kalimpong. A July 10, 1958, letter from the foreign office of China to the Counsellor of India complained of “stepped-up subversive and disruptive activities against China’s Tibetan region carried out by the U.S. and the Chiang Kai-Shek clique in collusion with fugitive reactionaries from Tibet using India’s Kalimpong as a base.” The letter named some organisations active there and called Tibetan Mirror as “a reactionary newspaper hostile to the Chinese Government and people”.

In response, India’s external affairs ministry delivered a note to the Chinese embassy in India, on August 2, stating that the government of India was “greatly surprised” to hear China’s complaints and that the statements made in the letter “must have been based on a complete misunderstanding of facts.”

“The Government of India have no evidence that the US Government and the Kuomintang regime are using Kalimpong as a base for disruptive activities against China’s Tibetan region,” India wrote in the August 2 letter. Regarding Tibetan Mirror, India wrote that it has “noted with displeasure that some of the articles published in this periodical are objectionable and calculated to affect the friendly relations between India and China” and that the local administration were being asked to “administer a severe warning to this periodical”.

The very next day, China delivered India another letter, offering more information, including recent meetings and activities around a signature campaign.

The India-China tension over Kalimpong peaked in 1959, especially after the March 10 revolt in Lhasa. According to ‘Kalimpong: The China Connection’, a 2014 research paper by Prem Poddar and Lisa Lindkvist Zhang, Kalimpong was described as a “spy centre” with a “stinking reputation” in a report in the People’s Daily – the organ of the Communist Party of China – in 1959. Another article in People’s Daily in the same year had sentences such as, “Kalimpong is at the centre of activities by the Tibetan armed rebels” and “Kalimpong is the big Indian capitalist’s stronghold to feed on the Tibetans’ blood and sweat.” Following the March 10 revolt, China publicly branded Kalimpong as “the commanding centre of the rebellion”. It was after this revolt that the Dalai Lama fled Lhasa, entered India through the borders in Arunachal Pradesh on March 31, and permanently took refuge in India.

China’s public allegation against India over Kalimpong also brought the issue for discussions in the Indian parliament, with Atal Bihari Vajpayee and four other MPs – Hem Barua, B.C. Kamble, J.M. Muhammad Imam and Braj Raj Singh – bringing an adjournment motion on March 30, seeking explanations from Nehru. The prime minister said that the external affairs ministry had already repudiated China’s allegations and that the Tibetan people living in India and engaged in publishing anti-China leaflets had been quiet over the past six months since receiving warnings from the Indian government.

The escalation of India-Chinese tension over border disputes and Kalimpong finally led to the 1959 border clashes, in August and October.

Tension over Kalimpong continued for another five years. According to ‘Kalimpong: The China Connection’, “The appearance of the name of “Kalimpong” in headlines in the People’s Daily spans the period from March 1955 to August 1963.” The town gradually shifted out of focus since the closure of Jelap La, through which the Kalimpong-Lhasa journey took place, after the 1962 war.

During 1965-66, India-China border tension again escalated over allegations and counter-allegations over Jelep La and Nathu La along Sikkim-Tibet border, ultimately leading to the Sino-Indian border skirmishes at Nathu La in 1967, the last Sino-Indian border clash causing casualties, before the recent one at Galwan Valley. Trade through Nathu La reopened in 2006 but Jelep La, an all-weather pass often considered as easier than Nathu La, remains closed till date, despite appeals to the government of India by the Kalimpong Chamber of Commerce in 2004, Darjeeling MP Dawa Narbula in 2007 and Gorkhaland Territorial Administration chairman Bimal Gurung in 2014.

Snigdhendu Bhattacharya is a journalist with 15 years’ experience in writing on politics, security, history, culture, socio-economic and environmental affairs. He authored Lalgarh and the Legend of Kishanji: Tales from India’s Maoist Movement.