INS Viraat Can Still Be Saved

Ships far older than Viraat have been preserved for posterity as museums around the world. 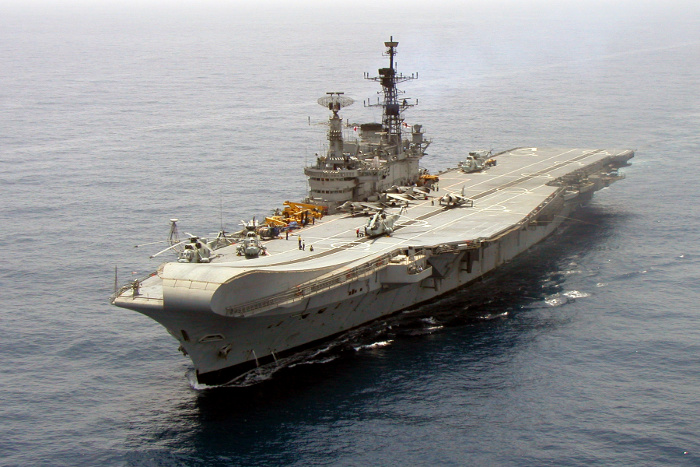 For the second time in 15 years, the Ministry of Defence (MoD) missed the opportunity to make imaginative and potentially lucrative use of a decommissioned aircraft carrier by converting it into a floating maritime or dry-docked museum. Instead, in July 2020 it sold the 23,900-tonne INS Viraat for Rs 38.54 crore to the Shree Ram Group (SRG), a shipbreaking company based in Alang in Gujarat. The ship was earlier decommissioned by the Indian Navy (IN) in March 2017 after operating it for three decades, whereafter it remained berthed for another three years.

In January 2014, the five-storeyed INS Vikrant – the first aircraft carrier to operate under the IN flag – was similarly sold and broken up, after extended efforts to convert it into a museum failed. That setback was even more unfortunate as the IN had invested considerable financial resources to keep the platform berthed at Mumbai for 17 years after decommissioning it, in the diminishing hope of it becoming a museum. Sadly, no lessons have been learnt from that fiasco.

And so, when it came to Viraat, it did not take long for the MoD to conclude – after making some arcane efforts – that preservation of the platform as a museum was not financially viable. Following the government’s decision to scrap the platform, Maharashtra, Andhra Pradesh and Goa expressed interest in preserving it as a museum, but in vain. Previously, the Maharashtra government had unsuccessfully collaborated with the MoD to convert Vikrant into a museum.

Efforts to save the ship

In the run up to Viraat’s demolition, there were several efforts to preserve it. Mumbai-based Envitech Marine Consultants (EMC) surfaced to acquire the former Royal Navy Centaur-class carrier from SRG and convert it into a museum off the Goa coast. But in order to do that EMC needed – and hence requested – a no-objection certificate (NOC) from the MoD.

The request, however. was promptly declined after the MoD told the Bombay high court that Viraat’s status could not be changed to that of a museum because of the “safety and material state of the vessel, whose keel was laid in [the] pre-independence era”.

As reported by NDTV on December 5, EMC was expected to appeal to the Supreme Court against the MoD’s refusal to issue it the NOC. It, therefore, came as a surprise when the Indian Express reported on December 13 that Viraat’s demolition had begun. Quoting SRG chairman Mukesh Patel, the paper revealed that some 250 workers had ripped up the elevated ski jump ramp from which the carrier’s fighters aircraft became airborne. It further stated that around 5% of the platform had already been dismantled and the rest would proceed apace.

The prevailing situation is indeed unfortunate, as it not only exhibits MoD’s apathy towards public sentiment and private enterprise, but also a dismaying lack of concern for preserving modern India’s maritime historical heritage.

A large number of Indian and British navalists – who served aboard HMS Hermes as it was known before being acquired by the IN – have been campaigning to save Viraat. Last year, Andy Trish, who had served aboard the ship as a 19-year-old airman, made an abortive bid to acquire Viraat and tow it back to the UK to convert it into a museum. The former RN airman had also launched a scheme to raise 25 million pounds to crowd-fund this venture, but to little avail.

Also read: Why Indian Navy’s Proposal to Acquire a Third Aircraft Carrier May Not Materialise

More recently, the newly founded Hermes Viraat Heritage Trust of Britain that is collaborating closely with its Indian partner EVM, wrote to the British and Indian prime ministers to let the carrier be converted into a museum in India. Failing that it suggested that the Indian authorities permit the carrier be towed back to the UK, at great cost, for conversion into a world-class maritime museum to be located opposite the City Centre in Liverpool that has strong nautical connections dating back centuries.

There appears to be no explanation for the MoD not to have graciously acceded to the request for an NOC and, instead, to turn it down on ludicrous grounds. It is also not apparent as to why the MoD stipulated that SRG could not sell the carrier to a third party without an NOC. Whether or not the ship should be sold too is a matter between its current owners and prospective buyers. The MoD certainly has no role in this matter.

Secondly, it is also not the MoD’s responsibility to determine whether Viraat’s current physical state is such that by converting it into a floating or dry-docked museum, it could mysteriously engender ‘security concerns’. After all, it is eventually for the EMC, or any other buyer, to obtain necessary clearances from the local authorities where it is to be located.

India could use a maritime museum

Ships far older than Viraat have been preserved for posterity as museums around the world. HMS Cutty Sark is one such platform, that was built at Dumbarton in Scotland in 1869, sailed well into 1950s before being towed to Greenwich in London restored to its former glory, and thrown open to public in 1957. Damaged by fire in 2007, it was once again resurrected with public financial support and backing from the Heritage Lottery Fund and reopened for visitations in 2012.

Today, Cutty Sark is a major tourist attraction off the Thames river in London and along with HMS Belfast, another floating museum, does brisk business with hundreds visiting it daily to soak in the England’s rich maritime history and adventures at a time when Britannia ruled the waves. Similar maritime museums abound in Sydney, Vancouver in Canada, Kobe and in San Diego in California, USA.

There was no earthly reason why India could not have made a beginning by turning Viraat into a maritime museum. After all, India – the world’s only nation to have an Ocean named after it – has no maritime museum, despite its hoary oceanic and seafaring history dating back to the third millennium. At the time, when the world was vast and insulated, India ruled the waves with inhabitants of India’s fabled Indus Valley trading via sea with Mesopotamia in modern-day Egypt.

There is also evidence of sea-trade between ancient India and countries of the Far East, Arabia, Persia, Egypt and even the Roman Empire. Towards the east, Indian immigrants are believed to have migrated as far as Australia about 4,000 years ago. As evidence, a 2013 study revealingly concluded that some 11% of Australian Aboriginal DNA is of Indian origin.

Despite these bold and extensive peregrinations, modern India has been unable to display and perpetuate its ancient maritime heritage. Viraat, with its impressive operational credentials, presented it an opportunity. Few are aware that Viraat traversed a staggering 5.9 lakh nautical miles, or 1,094,215 km, over 2,250 days at sea, a feat that was recorded by the Guinness Book of Records and one which remains unequalled.

There is more to Viraat than just being the world’s longest serving aircraft carrier. Commissioned into the IN in May 1987, Viraat effectively policed India’s two seaboards and the strategic Indian Ocean Region for 30 years, besides participating in numerous multi-nation exercises and deployment in the Arabian Sea during the Kargil War with Pakistan in 1999. Earlier, as HMS Hermes, it was commissioned into the Royal Navy in November 1959 and deployed to the Falklands-Malvinas war in 1982 before being retired in 1984 and sold to the IN that refitted it in the UK.

It is, however, still not too late to do the right thing with regard to Viraat. That some 5% of it has already been demolished is of limited consequence. Even Cutty Sark was ravaged by fire in 2007 but continues to attract hordes of tourists, inspire budding seafarers and bring a nostalgic gleam to the eyes of naval veterans. Additionally, it also earns substantial revenue in the process.

It is also distressing that Indian officialdom, unlike our former colonial rulers, have no sensitivity for a robust slice of heritage that Viraat leaves behind. The carrier is more than just metal being dismantled at Alang.