A Military Whodunnit: India’s Inquiry Into the Missile Launch Calamity Needs To Be Swift

The 'accidental' firing of a missile into Pakistan last week has dented India’s credibility as a responsible, mature and accountable nuclear-weapon state. 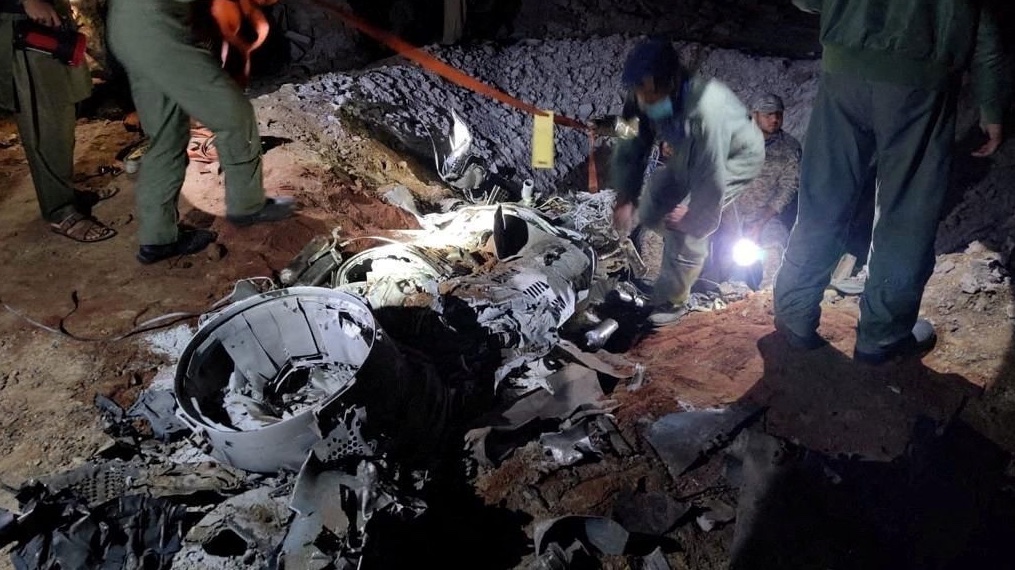 New Delhi: Islamabad’s sharp response to the Indian defence ministry admitting a missile had been “accidentally fired” into Pakistan last week has dented India’s credibility as a responsible, mature and accountable nuclear-weapon state.

“India’s incompetence or carelessness, or both, in inadvertently firing this missile into Pakistan, has handed Islamabad an effective lever with which to vilify, embarrass and berate Delhi over serious and sensitive operational matters involving two contiguous nuclear-armed enemy states” said Brigadier Rahul Bhonsle of the Security Risks consultancy Group in Delhi. In light of this critical incident, enhanced fail safe protocols need implementing by both sides to prevent such potentially incendiary incidents from recurring in future, he advocated.

In the meantime, Pakistan’s foreign office has called for Islamabad to join the high-level court of inquiry (CoI) announced last Friday by India into the unintended firing of an unnamed missile from an unidentified base and by an unspecified service, which had landed in an ‘area of Pakistan’ on March 9.

Its statement validly claims that given the short distance between the neighbours, and the consequent limited response time to a missile launch by either side, any ‘misinterpretation’ could trigger self-defensive counter-measures with grave consequences. Pakistan also called upon the international community to take ‘serious note’ of the missile incident in a ‘nuclearised environment’ and to play its ‘due role in promoting strategic stability in the (South Asian) region’.

The statement went on to to list seven ‘fundamental questions’ that needed answering by India. These included identifying the concerned missile, clarifying its intended flight path and specifying how, thereafter, it had veered from it and entered Pakistani territory. It justifiably stressed that such an incident had the possibility of precipitating a prospective crisis if Islamabad had opted to react, as it was completely unaware that the missile was unarmed.

It also queried whether the missile was fitted with a self-destruct mechanism, and if so, why this device had malfunctioned and what technical measures and procedures, if any, India had in place to prevent accidental missile launches during ‘routine maintenance’. And, finally and more damningly, the statement castigated India for not informing Islamabad about the chance missile launch, acknowledging the mishap “only after Pakistan had announced the incident and sought clarification”.

Earlier on Friday, nearly 24 hours after the missile incident, Pakistan’s national security adviser Moeed Yusuf had tweeted that India had not even bothered to inform Islamabad regarding its launch. Major General Babar Iftekar, head of Pakistan’s Inter-Services Public Relations, the media wing of his country’s military, also made no mention of any intimation by India whilst briefing reporters in Islamabad over the stray missile.

Both officials were referring to the ‘hotline’ between the respective Directors General of Military Operations in Delhi and Islamabad, which can be activated by either side, beyond the routine weekly interaction, in case of an emergency to obviate or defuse an imminent military calamity or mollify a possibly provocative security situation, with timely advance warning.

Neither India’s defence ministry nor the three respective service headquarters, or their spokespersons, were available for comment or to provide details of the CoI. Conversely, this collective silence had rendered l’affaire missile launch even curiouser, inciting more questions than answers in what is fast emerging as a strategic and military whodunnit.

“Heads certainly need to roll,” a senior unnamed military officer told the Sunday Times of India on March 13. Such an incident between two hostile nuclear-armed neighbours, which do not have robust risk reduction protocols in place, as well as extremely short reaction times, could have led to a disastrous conflict, he warned.

In an attempt to downplay the  serious implications for India of the accidental missile launch,  political analysts in Delhi say that Pakistan’s beleaguered prime minister, Imran Khan, is ‘milking’ the missile issue to divert public attention from multiple setbacks that threatened his continuance in office.

Additionally, Khan like many in his cabinet, believe that condemning India for its ‘naked aggression’, as demonstrated by the dummy missile hitting the boundary wall of a house in the small Pakistani town of Mia Chunnu in Punjab province, would be domestically well received, declared a senior Indian diplomat, declining to be named.

Several serving and retired Indian service officers, on the other hand, told The Wire that the government’s failure to appoint a new chief of defence staff (CDS) to succeed the first incumbent General Bipin Rawat – who died in a helicopter crash last December – has only added to India’s ‘mishandling’ of the missile incident. Others even speculated whether DGMO Lieutenant General B.S. Raju’s directorate had even been informed of the accidental launch by the Indian Air Force (IAF) from its base at Sirsa in Haryana. The Pakistani authorities have claimed that the Pakistan Air Force (PAF)  tracked the missile’s 6.46 minute flight path on March 9, of which over 124 km – or 3.44 minutes – took place inside Pakistan.

Though a handful of in-service security and military officials have grudgingly conceded the gravity of the incident, there is a tendency for many more to shrug it off with a characteristic ‘chalta hai’ attitude. These latter officials argue that the missile was, after all, unarmed – i.e. it had no warhead – and all it did upon impact was to merely damage a wall. ”It’s not such a big deal,” a two-star army officer said, oblivious to the wider catastrophic ramifications the incident could have had. This will blow over in a few days, he stoically added.

In view of this mindset, it’s instructive to recall Prime Minister Narendra Modi’s castigation of Indian officialdom’s ‘chalta hai’ outlook. In August 2014, for instance, soon after assuming office for the first time, he had criticised the Defence Research and Development Organisation (DRDO) for adopting this typically casual approach towards developing efficient weaponry for the Indian military. Thereafter, on several occasions, the PM had called upon government officials to dump this regressive viewpoint in order to progress and augment efficiency.

Meanwhile, senior IAF officers indicated that the errant projectile launched by India last week was, indeed, a two-stage BrahMos cruise missile with a 292-km strike range that has been jointly developed by the DRDO and Russia’s NPO Mashinostroyenia and which, in all probability was participating in an air force exercise from Sirsa. These officers conjectured that the missile flying at speeds 2.5 to 3 times the speed of sound – or Mach2.5- Mach 3 – had travelled some 100 km towards its intended Mahajan test range target in Rajasthan to the north-west, but suddenly lost control, changed trajectory towards the south-west and perilously headed inside Pakistan.

If indeed it is the IAF that is involved in the accidental missile firing, previous instances of its inquiries into operational lapses are not overly encouraging, one of its own senior officers cautioned.

Its court of inquiry (CoI) into the shooting down of one of its own Russian Mi-17V5 ‘Hip’ medium lift helicopters in February 2019 – killing six service officials and one civilian – submitted its findings after needless prevarications six months later in August 2019. Thereafter, the general court martial of two IAF officers – Group Captain S.R. Chowdhury and Wing Commander Shyam Naithani – convened late last month, exactly three years after the helicopter was downed 10 minutes after take-off from Srinagar, even as a dogfight between IAF and PAF fighters raged over the Line of Control in Kashmir.

This CoI had determined that the Identification of Friend or Foe or IFF system on board the Mi-17V5 was, in an inexcusable operational lapse, switched off, resulting in it being shot down by an Israeli Spyder quick reaction surface-to-air missile operated by the IAF’s ground air defence unit that mistook the rotary craft as the enemy.

Perhaps with luck, and despite the odds and past precedence, the CoI into the missile launch calamity will be swifter, thereby bringing closure to this embarrassing incident, and that those responsible are severely penalised. It is also evident that better fail-safe protocols between India and Pakistan need to be instituted to prevent misadventure and calamity.