Not Just the MoD, the Military's QR Overreach Is Also Culpable For Impeding Modernisation 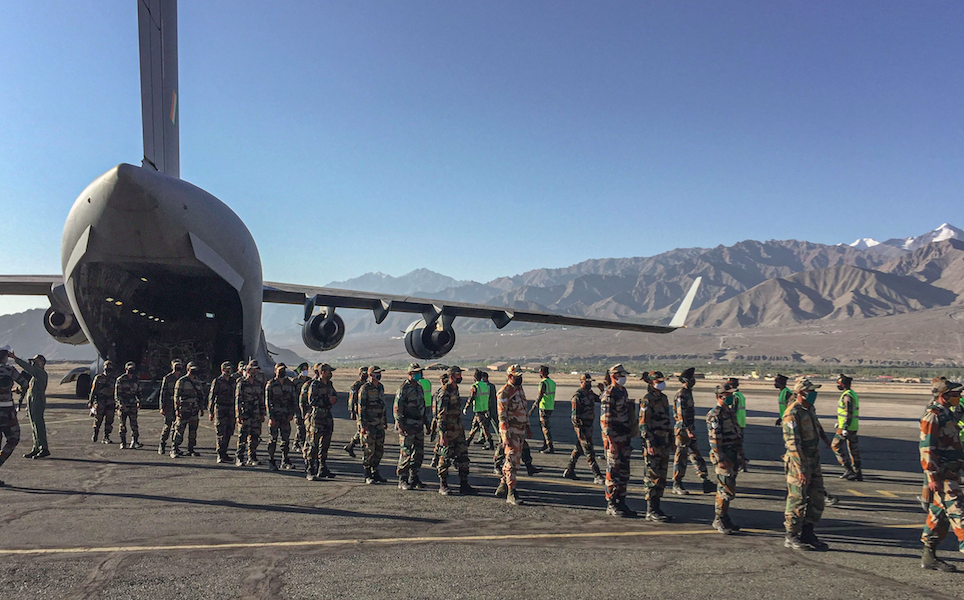 An Indian Air Force transport aircraft C17 brings in essentials supplies at a base in Ladakh, Tuesday, Sept, 15, 2020, as the security forces gear up for winter amid tensions at the LAC. Photo: PTI

Chandigarh: India’s military routinely berates Ministry of Defence (MoD) officials for interminable delays in progressing its long-deferred modernisation, but rarely ever concedes – except occasionally, and that too in private – its own culpability in formulating fantastical qualitative requirements (QRs) or specifications for varied materiel that eventually deadlocks acquisitions.

Undeniably, they have a point, as the MoD remains hugely culpable in the convoluted process of materiel procurements that in recent years has become even more complex. The ministry’s successive procurement procedure manuals over the past two decades, running into hundreds of pages each, defy comprehension even for their own and associated armed forces officers, necessitating infuriating unravelling. Some years ago, former Indian Army (IA) Chief of Staff General V.K. Singh had accurately observed that military procurements in India were a “version of snakes and ladders, where there is no ladder, but only snakes”. He had also warned against the snakes jeopardising the acquisition process by ‘biting’, after which the entire process slid back to the beginning.

Little has changed in the intervening period since General Singh retired in 2012.

Be that as it may, but rarely do military officers – particularly from the IA – ever admit to impeding procurements by frequently formulating over-ambitious and fantastical QRs for assorted equipment. Over several decades, this propensity has resulted in innumerable projects either being scrapped or consigned, like spacecraft, to timeless motion, pushing force modernisation back further. In 2018, then IA’s Vice Chief of Staff Lieutenant General Sarath Chand had told the Parliamentary Standing Committee on Defence that 68% of the force’s in-service platforms were in the ‘vintage’ category, compared with 24% considered ‘current’. Merely 8%, he declared, were regarded as ‘state of the art’.  Perhaps, the three-star officer should have been more introspective.

The late defence minister Manohar Parrikar had jokingly, but accurately described this adverse quirk of QR overreach by the services somewhat ironically, but succinctly, at a public function in New Delhi. With the then IA Chief General Bikram Singh by his side, the minister had declared that at times the Indian military’s QRs for equipment appeared to be straight out of “Marvel comic books”. The technologies demanded were “absurd, unrealistic” and simply non-existent, Parrikar further elaborated but, it seems, years later to little avail. 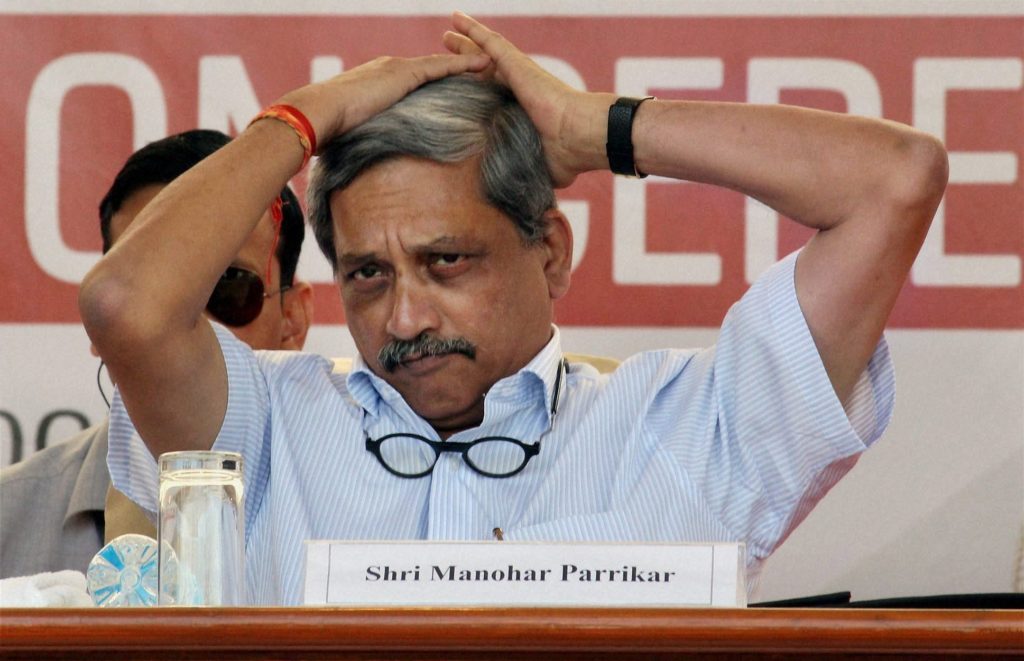 Analysts and retired and service officers agree that the IA is possibly the worst in this regard and the Indian Navy (IN) the most practical and realistic in drawing up its QRs and indigenising its requirements. Out of 43 ships and submarines on order for the IN, for example, 41 are currently being built locally; approvals for another 44 varied platforms to be imminently constructed indigenously had already been granted. The Indian Air Force (IAF), for its part, falls somewhere in between fancifulness and practicality with regard to its acquisition QRs.

Reinforcing this viewpoint, the Defence Parliamentary Committee had declared in early 2012 that as many as 41 of the army’s tenders for diverse equipment in recent years had been withdrawn or terminated principally due to over-ambitious QRs.

QRs are formulated in response to requests for information or RfIs to domestic or overseas vendors, ahead of issuing detailed requests for proposals or RfPs, or tenders, for the concerned equipment or project. The former are what they claim to be: an endeavour to elicit information regarding the availability and capability of miscellaneous kit, by providing broad brushstrokes of desired operational requirements. And though seemingly straightforward in their intent, the IA in recent years has taken to issuing increasingly elaborate and overly fanciful RfIs as illustrated later.

Once the RfI responses are received by the respective services, the exercise to prepare the QRs begins with the draft document travelling steadily up the chain of military command. Along the way, the QRs gather supplementary parameters, with each individual officer feeling compelled to suggest additional accompaniments in an endeavour at displaying industry. Deletions are rarely affected and the final QR emerges in a lot of instances in the IA, as a wish list of utopian dimensions, which in many instances, simply does not exist anywhere in the world.

In short, it often needs to be specially created to simply meet the Indian military’s or in several cases the IA’s requirements.

“There are certain stages (like the RfI and eventually the RfP) where exclusively the jurisdiction is with Service Headquarters,” the Parliament Standing Committee on Defence had unambiguously declared in 2012, pinning responsibility for the scrapped tenders on the army. The MoD and attendant financial advisors, it stated, had no role whatsoever in framing weapon QRs as their responsibilities come into play much later. The committee also went on to state that all service QRs, including the IA’s, are formulated jointly by the service headquarters in consultation with the largely uninformed Directorate General Quality Assurance (DGQA) and, at times, with inputs from the government-run Defence Research and Development Organisation (DRDO).

In recent years, however, the IA’s QR overreach has been on display in multiple critical procurements, all of which were terminated after several years of feverish technical evaluations and trials. These included the critical procurement of assault rifles, that were magically required to change calibres from 5.56x45mm to 7.62x39mm, merely by switching the barrel and magazine or light utility helicopters capable of hovering uninterruptedly over a spot for 30 minutes. The IA’s QR for air defence guns, which mandated a firing rate of 500 rounds per minute, a capability no such weapon system in the world possessed and exaggerated performance by long-range observance systems, amongst others, too elaborate to catalogue in detail were also scrapped.

The most recent instance of QR overreach manifested itself in the IA’s June 1 RfI for the planned procurement of 1,770 ‘Future Tanks’ by 2030 under the services’ Future Ready Combat Vehicle (FRCV) programme. The FRCV RfI was the third since 2015, with the earlier two having made no progress due to technological excesses, demonstrating the IA’s persistent penchant for Marvel Comic weaponry. It’s a separate matter that the proposed FRCV, once commissioned, would unbelievably be the fifth main battle tank (MBT) in the IA’s inventory.

Meanwhile, the RfI requires the FRCV to lend itself toward the development of a future family of vehicles like recovery and bridge-laying variants, suggesting a universal tracked platform. It is intended as a medium weight platform operated by a two-to-three person crew housed in a protected capsule that makes use of emergent technologies like artificial intelligence (AI). These require the vehicle capable of operating with networked assets like unmanned aerial vehicles (UAVs) and in an electromagnetic-denied environment.

It further states that the FRCVs must be armed with an auto-loaded large-calibre gun with an automatic target tracking provision for launching smart munitions and gun-launched anti-tank guided missiles (GLATGMs). The requirements for the vehicle’s secondary weapons is that the armament is mounted on a remote weapon station and capable of engaging UAVs and loitering munitions.

It also calls for a separate requirement for UAV jammers, and for mobility, the FRCV is expected to have a power-to-weight ratio of at least 30 hp/tonne, with a hybrid-electric drive system and an active suspension system. The vehicle is also required to have high trafficability in muddy terrain and operate at high altitudes and desert regions, in addition to being transportable by rail, air, and sea.

For platform protection, the RfI declares that the FRCV must have a modern, low-weight passive armour package, covered by explosive reactive armour (ERA) and hard- and soft-kill active protection systems and laser warning receivers. It has also requested that the vehicle be fitted with an adaptive infrared camouflage system and have a low thermal and acoustic signature.

As for crew survivability, the FRCV is required to be fitted with chemical, biological, radiological, and nuclear (CBRN) protection, alongside an automatic fire suppression system and an isolated ammunition stowage area fitted with blowout panels. In terms of situational awareness, the IA wants the FRCV to incorporate a ‘see-through’ armour system, with 360° day-and-thermal cameras. Other systems mandated by the RfI include an auxiliary power unit (APU) and an on-board monitoring and diagnostic system to provide real-time information on the vehicle’s overall serviceability status and logistical requirements. 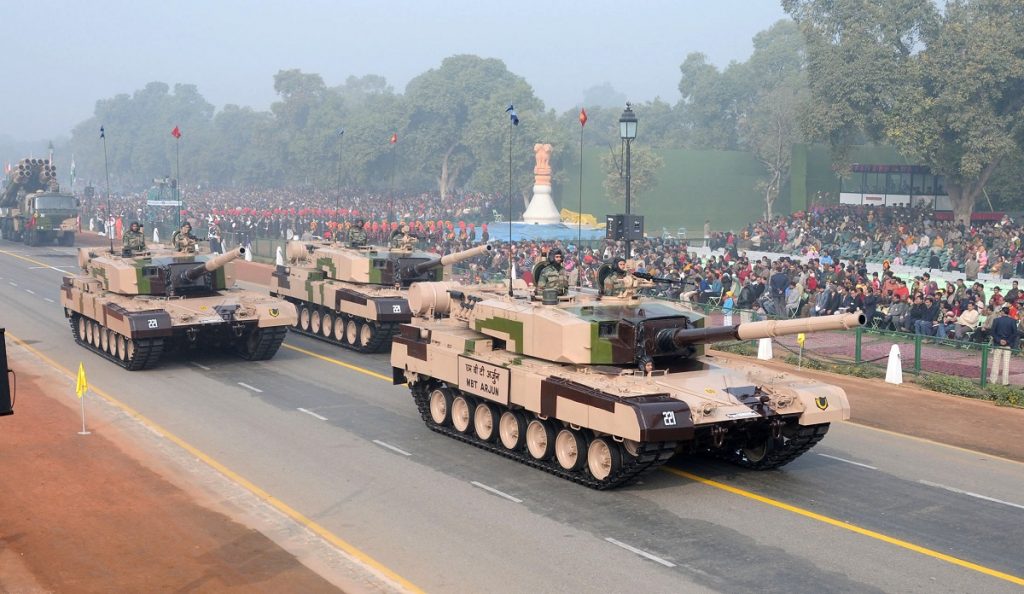 The RfI said the IA aimed at acquiring the FRCVs in a ‘phased’ manner under the Strategic Partnership (SP) route specified in the Defence Acquisition Procedure, 2020. This entails a local private sector vendor partnering with a foreign original equipment manufacturer delivering a limited number of shortlisted platforms in completed form, and manufacturing a majority of them indigenously via a transfer of technology. This would only further the government’s atmanirbharta or self-reliance initiative with regard to defence equipment, producing the FRCV with 50% indigenous content.

“The perceived complexity of the FRCV programme is so great that its final outcome is not even known to the IA’s Directorate General of Mechanised Forces,” said military analyst Lieutenant General (retired) V.K. Kapoor. The army is groping in the dark and simply hoping that the project will eventually somehow work, the former armoured corps officer added. Others who declined to be named declared that the FRCV project seemed unlikely to reach fruition considering the sheer quantity of technologies demanded.

The first FRCV RfI in 2015 was even more unbelievable. It sought to develop an FRCV that would not only serve as a ‘medium’ sized MBT to replace the IA’s ageing fleet of licence-built Russian T-72M1 MBTs, but also as a ‘light tracked and wheeled tank’, built on the same platform. In layman terms, it was akin to the army seeking to construct a Humvee and a Maruti 800 car on the same platform.

The follow-on 2017 RfI was not as mirth provoking, but also riddled with Marvel comic book smatterings. And the most recent one is possibly the most optimistic and somewhat reminiscent of what Walt Disney once said: “Fantasy and reality often overlap.”