Operating multiple tank types inflicts not only an exorbitant financial burden in their acquisition, but also a massive cost incurred in deploying, maintaining, servicing and upgrading them. 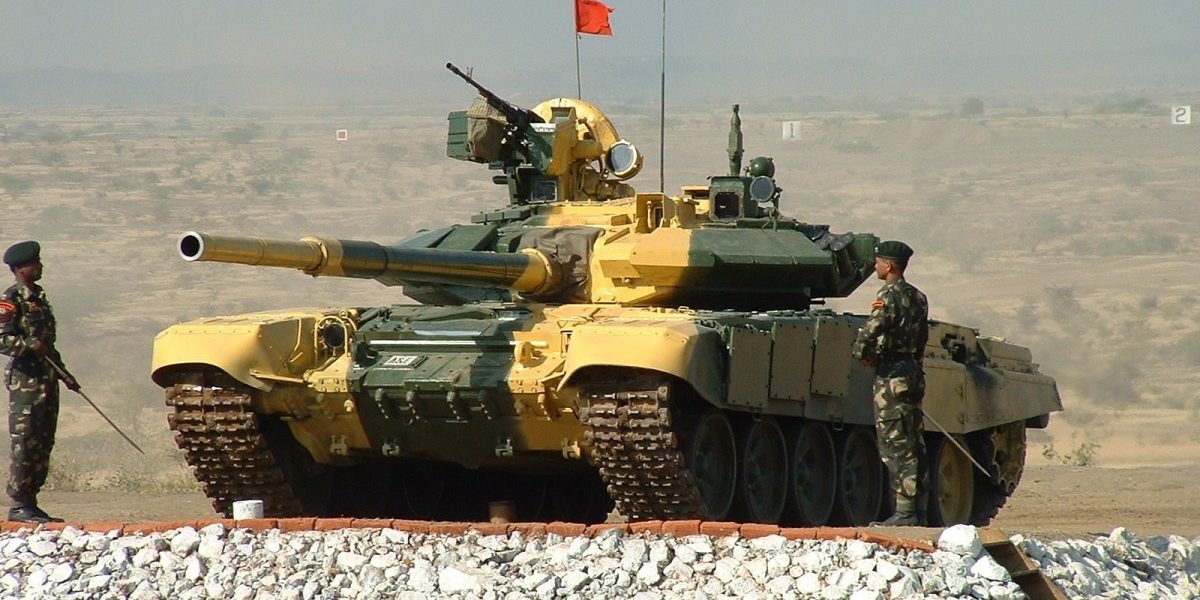 Chandigarh: The Indian Army’s (IA’s) arbitrary and haphazard equipment planning could, over the next decade, make it the only force operationally fielding five different tank types simultaneously.

But on April 23 the army dispatched a request for information (RfI) to overseas and domestic vendors for the intended procurement of 350 locally manufactured light tanks for deployment in assorted terrain and varied climatic conditions, making it the IA’s fourth potential tank type. And, thereafter, on June 1 it launched the search for its fifth tank type by inviting responses by mid-September from overseas original equipment manufacturers (OEMs) to its RfI for the planned acquisition of 1,770 medium weight Future Ready Combat Vehicle’s (FRCVs) by 2030 at tremendous, but undefined, cost.

The latter RfI stated that the FRCV would serve as the IA’s principal MBT for the ensuing 40-50 years, leading to the obvious inference that the other in-service larger platforms like the T72s ,T90s and Arjuns would imminently be phased out to make way for the former. But the IA’s and Ministry of Defence’s (MoD’s) confused projections indicate otherwise, or as ‘an embarrassment of tank riches’ as a two-star IA officer aptly defined it.

Eager to progress the governments atamnirbharta or self-sufficiency initiative, the MoD recently approved the Rs 8,350 crore procurement of another 118 Arjun Mk1A variants, the deal for which is likely to be imminently concluded with the state-owned Ordnance Factory Board (OFB) that series builds the MBTs at its Heavy Vehicle Factory (HVF) at Avadi, near Chennai. Alongside, the government-run Defence Research and Development Organisation (DRDO), responsible for designing Arjun, anticipates additional orders for 300-400 more, despite the IA’s severe reservations over the overweight 68.25 tonne MBTs multiple operational and logistic handicaps, that limit its employment almost exclusively to Rajasthan’s desert region.

And, earlier in November 2019, the MoD had signed a Rs 20,000 crore contract with the OFB to licence build 464 T90S MBTs over five years, as part of an earlier 2006-7 deal with Russia to locally construct 1,000 such platforms under a transfer of technology. Six months previously, in April 2019, the MoD had amazingly approved the Rs 13,448 crore import of an equal number of 464 advanced T-90MS MBTs in kit form from Russian tank manufacturer Uralvagonzavod (UVZ) for assembly by the HVF.

No contract, however, has yet been signed for the latter procurement, but the proposed 48-tonne T90MS’s are expected to “significantly” enhance the IA’s firepower, as they feature several upgrades over the basic T-90S platform. These include a modified 1,130-hp multifuel, turbo-diesel engine coupled with an automatic transmission system; a new air-cooling unit; advanced explosive reactive armour (ERA); and a remotely operated weapon station. The T-90MS also uses the Russian-made Relikt ERA, which is believed to provide a 40 to 50% reduction in the efficacy of kinetic energy armour-piercing rounds, and as much as a 70% reduction in the effects of a tandem high-explosive anti-tank (HEAT) warhead.

Formerly, in late-2018, the MoD had sanctioned the Rs 2,300 crore procurement of 1,000 new 1,000hp engines to replace the T-72M1’s 700hp 5TDF power packs, under the ‘Buy and Make’ category of the Defence Procurement Procedure-2016. As a follow-on to this earlier approval, the MoD’s recently released list of 108 military platforms, items and related systems which are to be progressively sourced indigenously end-2021 onwards, include the proposed 1,000 hp engines for the T72M1 MBTs. In short, the eventually up-engined 1,500-odd T72M1’s would remain operational for at least two decades alongside the IA’s other varied tanks.

Senior retired and serving IA officers told The Wire that operating multiple tank types poses problems for all armies. It inflicts not only an exorbitant financial burden in their acquisition, but also on the massive cost incurred in deploying, maintaining, servicing and upgrading them over a 35-40 year period they remain operational.

Many officers said that in normal fiscal times these costs, though considerable, would ‘somehow’ be manageable. But in India’s current depressed economic milieu, savaged further by the ongoing COVID-19 pandemic and with limited prospects of any impending financial recovery, the IA’s disposition to acquire new armoured platforms appeared excessive at best, or iniquitous at worst. “Such ad hoc procurement planning only displays a total disregard of all financial reality by the army,” said Amit Cowshish, former MoD acquisitions advisor. The proposed tank procurements, which are being prioritised by the IA, he added, are nothing but fiscal profligacy and one the resource-strapped force can ill afford.

On a lighter note, the IA’s planning mirrors the dilemma of an indigent, but indulgent aristocrat who invariably followed the dictum that since he had no money to pay his tailor, he simply ordered another suit. Sadly for the IA, such giddy logic of simply acquiring yet another tank type, without adequate funds in the kitty, finds no resonance in the real world. It merely adds to its overloaded fiscal encumbrances.

In the fiscal year (FY) 2021-22, for instance, the IA received Rs 36,531.9 crore as capital expenditure for modernisation via new procurements and upgradation of existing platforms and equipment, which was Rs 14,960.2 crore less than the Rs 51,492.1 crore the force had demanded as its outlay from the MoD. Similarly, the IA’s revenue outlay, earmarked for salaries, operating expenses, fuel and acquiring assorted ordnance and supplies for the same fiscal year was Rs 147,644.13 crore, against its projected requirement of Rs 170,705.28 crore.

This registered a shortfall of Rs 23,061.15 crore, leaving limited moneys to support overly ambitious deployments, especially after the IA’s incredibly costly placement of troops and equipment along the disputed line of actual control (LAC) in eastern Ladakh against China’s People’s Liberation Army (PLA) over the past 12 months. This expensive deployment continues, and is likely to persevere for the foreseeable future, as there appears to be no imminent pullback or withdrawal by the belligerent PLA that has seized vast swathes of territory India claims as its own in the complex border dispute.

Also read: One Year Later, Whither Atmanirbharta in Defence?

Deposing before Parliament’s Standing Committee on Defence in 2018, then IA Vice Chief of Staff Lieutenant General Sarath Chand had disturbingly admitted that “marginal” budgetary hikes were “barely enough” for the force to meet inflation costs and mounting taxes. Thereafter, India’s annual defence budget had reduced even further in real terms, dropping to 1.43% of the country’s Gross Domestic Product, or GDP, in FY 21-22 despite growing security challenges in its neighbourhood.

“Besides the massive capital investment needed to acquire new tanks, their inventory management, which even today poses a formidable challenge to the army, will become even more acute with additional platforms,” said military analyst Major General A.P. Singh (retired). Adding another two entirely new tank types to the existing assortment will only make this task nightmarish, he warned. Furthermore, acquiring sector-specific platforms like light tanks, principally for deployment in mountainous regions along the LAC, too would significantly exacerbate the army’s logistical obligations by imposing an additional financial burden, the former armoured corps officer added.

Presently, 65 of the IA’s 67 armoured regiments operate a mix of some 3,500 T72Ms and T90S MBTs, while the remaining two have 124 Arjun Mk1s. But in keeping with the IA’s planning, as declared earlier, these will be complemented by 350 light tanks and 1,770 FRCVs. The latter are envisioned as a universal tracked platform on which to construct a family of vehicles like recovery, bridge laying, air-defence, artillery observation, engineer reconnaissance and armoured ambulance variants.

The IA’s FRCV concept too is borrowed, modelled principally on Russia’s Armata Universal Combat Platform that includes the T-14 and T-15 MBTs, in addition to other assorted systems fabricated on the same chassis. These include combat engineering vehicles, armoured recovery vehicles (ARVs) armoured personnel carriers and varied self-propelled artillery systems, amongst others.

And though the IA aims, at some point over the next two-three decades, presumably after inducting adequate numbers of FRCVs to phase out the older T72Ms, followed progressively by ageing T90Ss, there would be an extended overlap during which all five tanks may well be concurrently in service. Senior IA armoured corps officers admitted that unlike the IA, other armies, largely operated one tank type or its upgraded or retrofitted variant, significantly easing logistical problems of spares and maintenance and streamlining platform production lines.

The US, for instance, operates variants of the M1 Abrams MBT, whilst Israel fields the Merkava, Britain the Challenger-2, Canada the Leopard 2A6M, Germany the Leopard and France the Leclerc MBT respectively. The Russian army, for its part has T72, T80 and T90 MBTs-all with a high degree of commonality-and has only recently begun inducting the T-14 Armata, based on the aforementioned Universal Combat Platform.

Paradoxically, the Pakistan Army apes the IA in that it has five MBT types totalling around 1,800-2,000 platforms, of which only the Ukrainian T-80UD MBT is the outlier platform. The remaining four MBTs-Type 85-11AP, Al Zarar, Al-Khalid and VT-4/MBT3000-are either licence-built Chinese models, or have been jointly developed in conjunction with China, thereby conferring a high degree of structural correlation between them. This renders not only their manufacture, and but also their logistic and maintenance support, less problematic.

Ironically, India’s steadily declining budget outlays remain in inverse proportion to the IA’s grand plans to add additional tank types to its inventory, merely to execute outdated WW2 concepts of attrition and manoeuvre warfare, instead of gainfully spending its limited resources on developing 21st-century informationalised capabilities to deal with the PLA, its primary military rival.

In recent years, senior military analysts have critiqued the IA for focusing unduly on major platforms like MBTs and not enough on future technologies like robotics, artificial intelligence, cyber and electronic warfare. They have also observed that relatively inexpensive ‘swarm drone’ squadrons have in recent months effectively destroyed advancing columns of hugely expensive MBTs, rendering them ineffective on the battlefield.

Perhaps, an operational audit on the nature of future conflicts is overdue for the IA, instead of persisting with what generations of army commanders feel ‘comfortable’ planning for and executing, with numerous tank types like in the 1965 and 1971 wars with Pakistan.