The Chinese army has not mentioned any specific fatalities, although it is being suspected that there are casualties on the Chinese side as well. 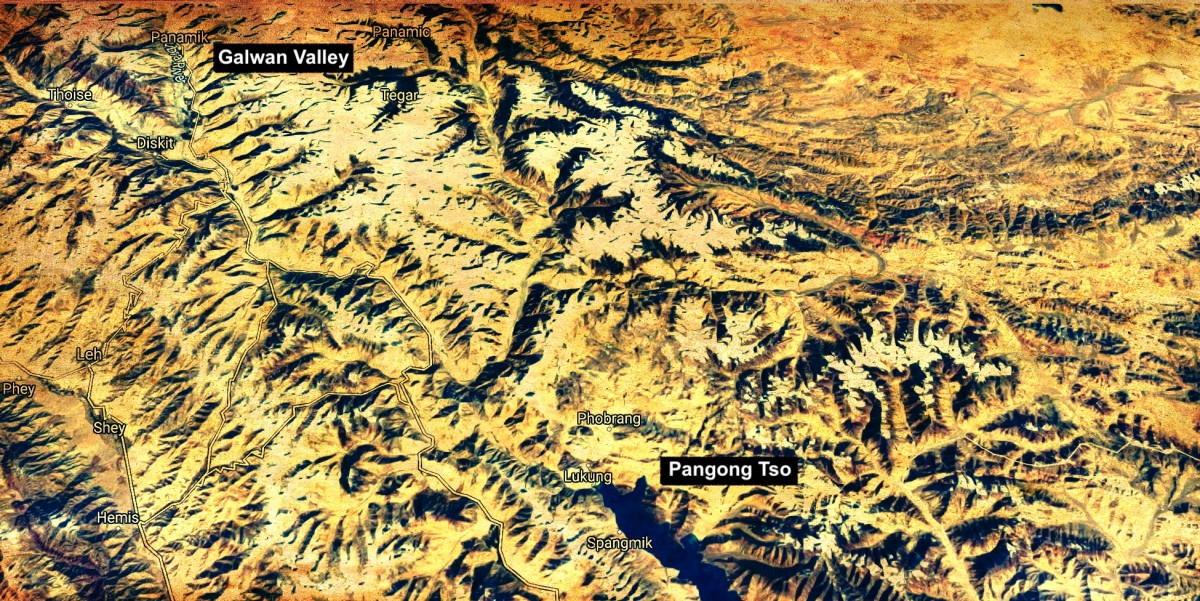 New Delhi: The Indian Army has confirmed that the number of Indian soldiers killed in the “violent face-off” with Chinese troops in the Galwan Valley on Monday night is now 20.

“Indian and Chinese troops have disengaged at the Galwan area where they had earlier clashed on the night of 15/16 June 2020. 17 Indian troops who were critically injured in the line of duty at the stand off location and exposed to sub-zero temperatures in the high altitude terrain have succumbed to their injuries, taking the total that were killed in action to 20,” the Army said in its official statement.

“Indian Army is firmly committed to protect the territorial integrity and sovereignty of the nation,” it added. There is no official confirmation on the number of injuries on the Indian side.

In a statement released on Tuesday afternoon, the Indian Army had revealed that three Indians – a colonel and two soldiers – were killed. Indian military sources had revealed that no shots were fired and it was a hand-to-hand skirmish, and there were casualties on both sides.

“During the de-escalation process underway in the Galwan Valley, a violent face-off took place yesterday night with casualties. The loss of lives on the Indian side includes an officer and two soldiers. Senior military officials of the two sides are currently meeting at the venue to defuse the situation,” the Army’s statement said.

Major Generals from both armies are reportedly in talks. The news agency ANI has quoted unnamed sources as having said that China’s Vice Foreign Minister, Luo Zhaohui, and Indian Ambassador to China, Vikram Misri, have met in Beijing.

The Army has not specified what the nature of the violent face-off was. It appears as though shots were not fired and there was “physical brawl” between the two armies. While initial reports said the army would hold a press conference at 2 pm, this did not happen.

The Chinese foreign ministry has responded to this by saying that India had carried out “provocative attacks” on Chinese soldiers after “illegally crossing” the border, Global Times reported. “China and Indian side agreed to resolve the bilateral issues through dialogue to ease the border situation and maintain peace and tranquility in border areas,” it continued.

#Indian troops on Mon. seriously violated the consensus of the two sides by illegally crossing the border twice and carrying out provocative attacks on Chinese soldiers, resulting in serious physical clashes: Chinese FM said on reports that 3 Indian soldiers were killed. pic.twitter.com/E1j3GYsAQT

Chinese foreign minister spokesperson Zhao Lijian said that China had lodged “solemn representations against Indian military’s border crossing and proactive actions, which led to serious clashes on Monday. China urges the India side to restrain its troops in accordance with the consensus.”

By Tuesday evening, there had been no official update to the brief initial statement from the Indian army.

In China, the statement from the Chinese foreign ministry, was followed by another one from PLA.

Spokesperson of PLA’s western theatre command Colonel Zhang Shuili said that on June 15 evening, there was a physical clash, which led to several casualties.

The Chinese military statement blames the Indian side for the violating commitments made at the local commander-level talks. “The Indian border force has committed a serious violation of the agreement between the two countries on border issues, seriously violated the consensus reached at the Sino-Indian military-level talks, and seriously damaged the relations between the two militaries and the feelings of the two peoples,” it said, as per an unofficial translation through google.

Colonel Zhang also demanded that that India should “restrain its frontline forces, immediately stop all acts of infringement and provocation, go head-to-head with China, and return to the correct track of dialogue and talks to resolve differences”.

Significantly, the statement lays claims over Galwan valley, which had till now not been part of the areas of differing perception on the LAC. “Sovereignty of Galwan river valley has always been ours,” it says.

Later on Tuesday night, the Indian ministry of external affairs issued a statement, which blamed the Chinese for the violent face-off.

While the Chinese army does not mention any specific fatalities, chief editor of Global Times, Hu Xijin, said that there were casualties on the Chinese side as well. He also told India not to “be arrogant and misread China’s restraint as being weak”. “China doesn’t want to have a clash with India, but we don’t fear it,” he said.

Sources have reportedly told ANI that Indian intercepts reveal that Chinese side suffered 43 casualties and injuries. There has been a reported increase in Chinese chopper activity across the LAC to airlift casualties suffered by them, ANI has further reported.

Indian military sources told The Wire that while there is no clarity, the Indian side may have crossed over as part of the disengagement talks. During the talks, there must have been a quarrel and it escalated, and there was “pushing and shoving”. “The area where they met is very treacherous and mountainous. In the pushing and shoving, the three seem to have slipped. We don’t know if it was deliberate or it happened during the pushing and shoving,” sources said.

The number of casualties is likely to be much higher, with many Indian soldiers having suffered grievous injury, they added. On reports of Indian soldiers being ‘captured’, military sources said that several were “missing”, but declined from giving numbers or confirming whether they were in custody of the Chinese army.

The sources added that there were casualties on the Chinese side as well, including a senior military officer.

These are the first casualties at the India-China border in 45 years, since 1975, when four soldiers will killed in a Chinese ambush 500 metres south of Tulung La. In 1967, in a clash in Sikkim, 80 Indian soldiers and 400 Chinese soldiers are estimated to have been killed.

The Chinese People’s Liberation Army carried out multi-prong deep incursions of three to five kilometres across north Sikkim and east Ladakh last month. Starting on May 5, the Chinese not only occupied Indian territory but also built concrete defences on it.

The first official admission of intrusions came from defence minister Rajnath Singh, who said: “This time, Chinese have come in in good strength.” There have been five rounds of military dialogue between the countries on the incursions so far. As Ajai Shukla reported on The Wire, China was talking a hard line in the talks, with PLA interlocutors flatly rejecting the Indian demand for Chinese troops to withdraw from areas they occupied in May and restore the status quo that prevailed in April.

This is a developing story. Details are being updated when received.