Why Indian Army Is Buying Machine Pistols Under Emergency Provision

Even though the DRDO claimed in 2021 to have successfully developed a 9x19 mm machine pistol for use by the military, paramilitaries and police forces, the Army has raised a tender to indigenously source 5,000 of them. 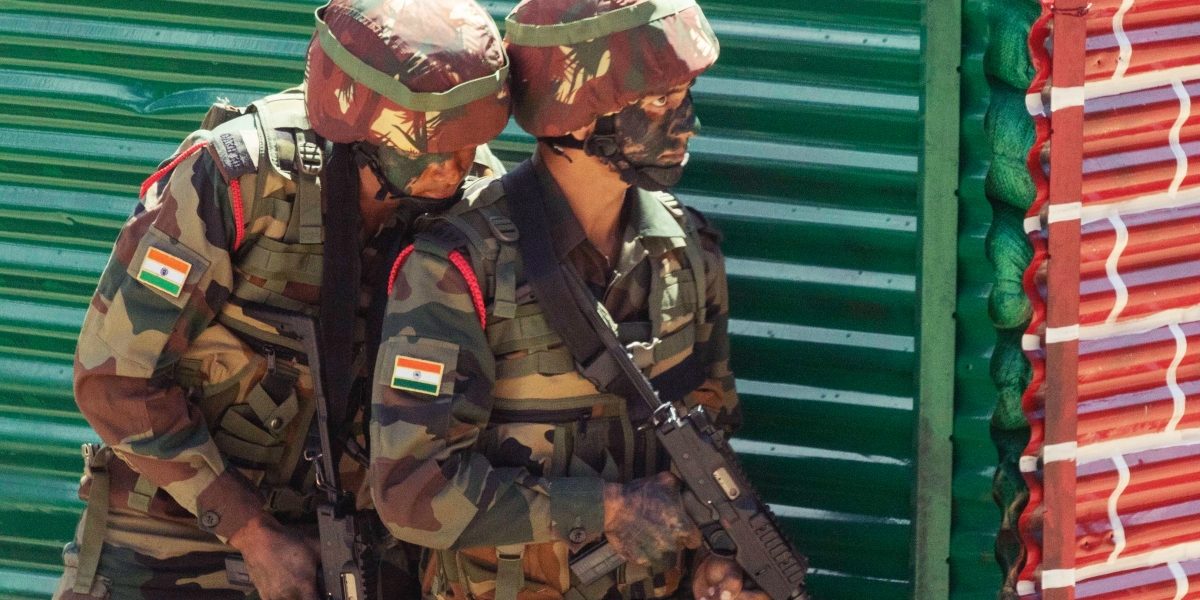 Chandigarh: A slew of domestic vendors have submitted their technical and commercial bids in response to an Indian Army (IA)’s tender, or request for proposal (RfP), to indigenously source 5,000 9×19 mm machine pistols as an ‘Emergency Procurement’ via the Fast Track Procedure (FTP) of the Defence Acquisition Procedure, 2020 (DAP 2020), for an estimated $6 million.

The majority of the 10-odd manufacturers who responded to the RfP’s January 9 deadline were in tie-ups with overseas small arms original equipment manufacturers (OEMs), a provision admissible under DAP 2020’s ‘Buy Indian’ category through which the pistols were being acquired.

The competing firms include Punj Lloyd Rave (PLR)/Adani Defence, which has a collaborative agreement with Israel Weapon Industries, ICOMM of Hyderabad that is linked to Caracal of the UAE and Delhi-based Jindal Defence and Aerospace, which has a joint venture with Brazil’s Taurus Armas, agreed in 2020.

The public sector Small Arms Factory in Kanpur – part of the erstwhile Ordnance Factory Board – Optic Electronics based in Noida that is working with Switzerland’s B&T AG (formerly Brugger & Thomet AG) and the Anil Ambani-led Reliance Group’s Jai Armaments, were some of the other vendors vying for the IA’s machine pistol contract.

These pistols were intended for employment mainly by Infantry battalion Ghatak (Killer) commando platoons and to a limited extent by tank, artillery and helicopter crews, and their delivery via the FTP route needed to be completed within 3-12 months of the deal being inked. The 20-odd strong, lightly armed and mobile Ghatak platoons were tasked by their respective battalion and brigade commanders to execute special reconnaissance missions behind enemy lines and to conduct other special operations at the tactical level. These could include raids on enemy artillery positions, airfields and supply dumps and directing artillery and air attacks in hostile territory.

Trials – or ‘demonstrations’ as per FTP norms – for the rival machine pistols are expected to take place over the next few months at the IA’s Infantry School at Mhow in Madhya Pradesh, following which the vendors would be shortlisted, based on their respective weapon systems performance. Thereafter, commercial bids of the selected bidders would be opened and based on the L1, or lowest price quoted, negotiations would be initiated, following which the contract would then be signed.

The 75-page RfP, issued last December by the IA’s Infantry Directorate, requires the pistols measuring 650 mm in length in extended condition, to weigh no more than 2.5 kg and be able to fire in-service, locally-sourced ammunition, at the rate of 600 rounds per minute to an ‘effective range’ of 100 m.

Mounted with Picatinny Rails to affix sights and other ancillaries, the pistols, equipped with red dot reflex sights, were as per the RfP required to register 8/10 hits in a 15×15 cm grouping when fired in single shot mode from a fixed mount at a target 50 m distant. And, when similarly fired in short bursts of two to three rounds each, the pistol needed to score 18/30 hits within a 30×30 cm cluster.

Required to operate in temperatures varying between -20°C and 45°C “without degradation in performance”, the pistol was expected to have a service life of 10 years, or 10,000 rounds, whichever came earlier, the RfP stated. And though developed with OEM assistance and component input, the pistols would be required to include an indigenous 60% content, which in the eventuality of them being locally designed, would reduce to 50%.

Elaborating on the qualified vendors’ responsibilities, the RfP outlined that these would include providing instruction to users and maintenance crews and delivering product support, including the Manufacture of the Recommended List of Spares (MRLS) for a decade after the pistols had been delivered.

What happened to DRDO’s indigenous pistol?

Industry officials, however, questioned the issuance of this tender, as in early 2021 the government-run Defence Research and Development Organisation (DRDO) claimed to have successfully developed a 9×19 mm machine pistol, in just four months, for use by the military, paramilitaries and police forces.

In an official statement at the time, the DRDO had stated that the prototype pistol, named Asmi (Pride/ Self-Respect) had been jointly designed by its Armament Research Development Establishment in Pune and the Infantry School. It had declared that the pistol, with an empty weight of under 2 kg, featured an 8-inch barrel and a 33-round magazine of in-service 9 mm ammunition.

The DRDO-designed machine pistol also sported an upper receiver made from aircraft-grade aluminium and a lower receiver fabricated from carbon fibre. Furthermore, the DRDO maintained that it had used the 3D printing process to design and prototype the pistol’s various parts, including its trigger components. Moreover, it added that each pistol’s production cost would be around Rs 50,000 and though five vendors were reportedly shortlisted by the Ministry of Defence (MoD) around mid-2021 for Asmi’s limited series production, little had since emerged on its status.

“Given the government’s onus on atmanirbharta or self-reliance in the defence sector and the hype surrounding this initiative, why is the IA seeking a new machine pistol, when one seemingly credible one had already been successfully developed indigenously by the DRDO?” queried a retired two-star infantry officer. Such incongruity is questionable, he declared, requesting anonymity, but added that perhaps Asmi, like numerous other small arms previously designed by the DRDO had not lived up to the IA’s operational standards, necessitating thereby the new pistol buy under the emergency proviso.

Other veteran infantry officers said acquiring just 5,000 new machine pistols would merely impose additional logistic requirements upon the army at a time when it was under pressure to streamline its equipment profile and right-size its expenditure, as it struggled with depleting annual financial outlays that adversely impacted its continually-delayed modernisation.

Earlier, in a move to replace its legacy 9 mm 1A1/2 sub-machine guns that were local, licence-built variants of the UK’s L2A3 Sterling model dating back to WW2, the IA had acquired 1,500 MP9 pistols supplied by B&T AG around 2015-16, followed by two repeat orders soon after for 400-500 more.

The Swiss small arms vendor, working in collaboration with the aforementioned Optic Electronics in Noida, had also provided the army with four base and 40 field workshops to sustain the MP9s, which were believed to be performing effectively. However, an entirely new machine pistol, as planned in the projected emergency procurement, would compel the IA to set up yet more such workshop facilities in the prevailing milieu of frugality, industry officials said.

The IA faces a largescale shortage of efficient small arms.

Last November, the MoD issued an RfP to indigenous manufacturers for 425,213 5.56×45 mm close-quarter battle carbines, and earlier this month a facility in Korwa, near Amethi in Uttar Pradesh, that was inaugurated in 2019, finally started the licensed manufacture of Russian Kalashnikov Ak-203 7.62×39 mm assault rifles. The first batch of 5,000 Ak-203s, of an eventual 750,000 units, produced by the Indo-Russian Private Limited joint venture is scheduled for delivery to the IA in March as replacements for the DRDO designed 5.56×45 mm Indian Small Arms Systems (INSAS) assault rifle, which was declared ‘operationally inefficient’ by the force in 2010.

Perhaps Asmi too has been similarly deemed in this category, and the emergency procurement of machine pistols invoked to meet the army’s urgent operational requirements for this weapon system.