Indian Army Plans to Reduce Pomp But the 'Batmen' Remain

The ubiquitous colonial practice of engaging batmen or personal orderlies in the service of Armymen is not only demeaning but also expensive. 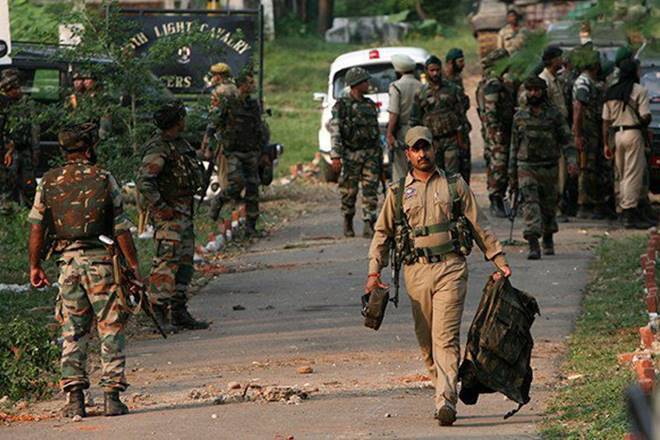 Chandigarh: Over seven decades after Independence, the Indian Army is aiming to scrap numerous profligate colonial-era pomp-and-show ceremonies, in a bid to economise scarce resources and use the money saved for its operational requirements.

According to an Indian Express report over the weekend, the Army Headquarters has come up with a list of proposed cutbacks on annual parades, pipe and drum bands, colour presentation and investiture ceremonies, as well as a considerable reduction in the number of guards and escort outriders provided to three-star officers.

The news report also revealed that the proposition recommended a reduction in the number of existing individual messes for multiple battalions and regiments stationed at one place and the binning of the hoary tradition of permanent ceremonial quarter guards of honour, mounted at the entrance to most Army units. 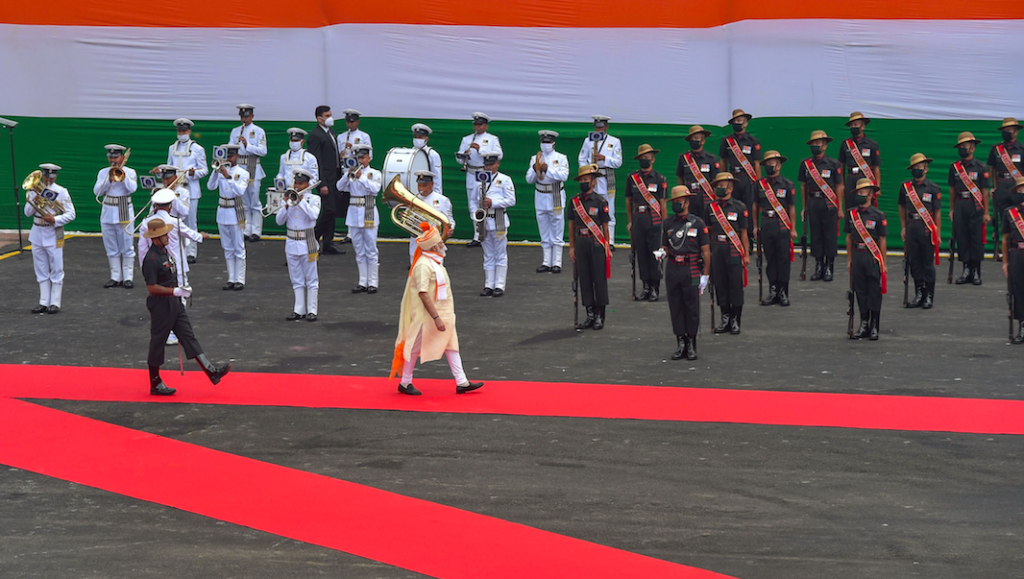 The final decision, however, on all these phase-downs will be taken at the bi-annual Army commanders conference scheduled for later in October, Express added.

Many of these proposals, believed to have been propagated at the behest of the Chief of Defence Staff General Bipin Rawat, have reportedly been well received by serving and retired officers. Many of them concurred that outdated pageantry and military majesty – barring minor exceptions – had no place in the modern Indian Army that faced multiple challenges internally and in its immediate neighbourhood, that ensured its near-perpetual operational deployment.

“It’s scandalous to indulge in expensive spectacle, knowing you can ill afford it and that every penny saved can augment operational readiness,” said Amit Cowshish, former Ministry of Defence (MoD) acquisitions advisor.

“The financially difficult times that India is presently passing through impart a desperate urgency to economise across the entire spectrum of military and civilian bureaucracies,” he advised.

Earlier, in mid-2019 the Indian Navy (IN) Chief of Staff Admiral Karambir Singh had issued directives to curb ‘subservient behaviour’ in his service, restrict outdated ceremonial practices and humanise social interaction between officers and men.

The Admiral’s long-belated guidelines called for serving the same food, drinks and cutlery to officers and naval ratings at official functions, discontinuing the provision of multiple ‘stand-by’ cars for the IN chief, and discouraging the presentation of bouquets on ceremonial occasions. “As a modern fighting force, it is important that we imbibe contemporary, social and ceremonial practices for optimal utilisation of manpower and resources” stated the IN Chief’s edict.

But despite the projected drawdown in public military spectacle, there is one bothersome elephant in Army cantonments that the Army has repeatedly failed to address: the ubiquitous colonial system of batmen or personal orderlies. 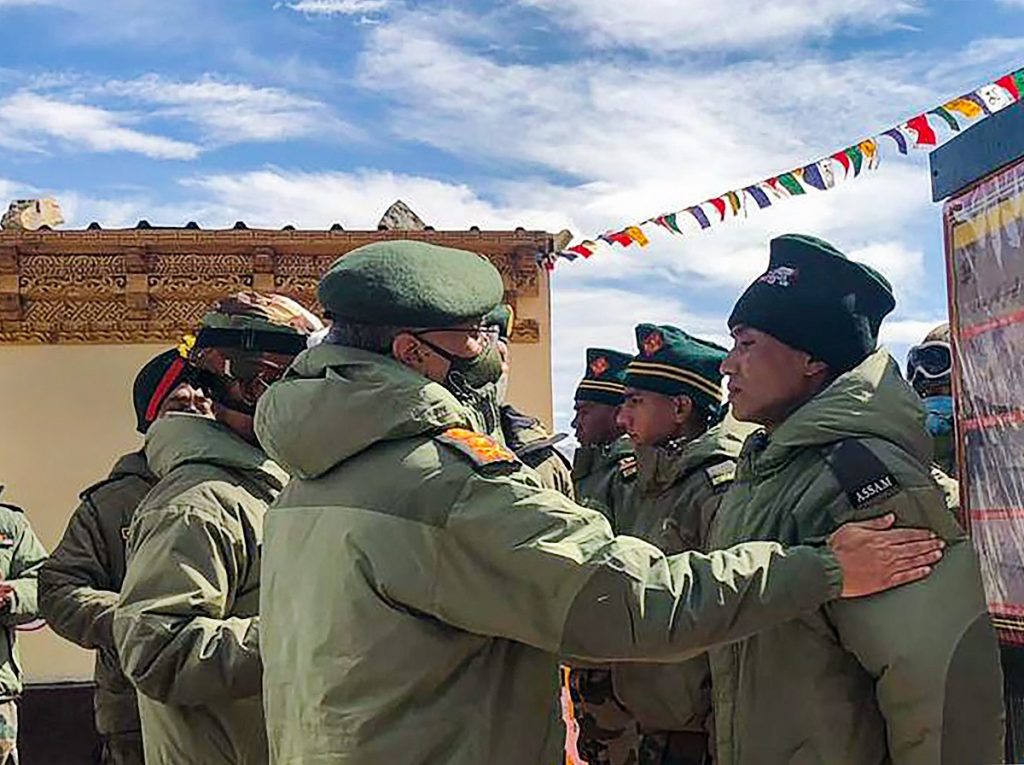 Renamed “sahayaks” (helpers) some years ago, in a feeble attempt at distancing them from their colonial association they conservatively number between 25,000-30,000 soldiers, or the equivalent of a regular Indian Army corps.

Anecdotal accounts from a cross-section of servicemen reveal that numerous formation field commanders routinely assign themselves a legion of sahayaks in addition to cooks, masalchis (assistant cooks), dhobis and gardeners, in addition to multiple guards around their massive compounds.

“The system of sahayaks in the Army is demeaning for soldiers and should have been done away with years ago,” said former Major General Sheru Thapliyal. It’s feudal in nature and has little place in the Army as it strives to modernise itself, he added.

In 2010-11 then Army Chief General V.K. Singh – now an Union minister – had proposed replacing sahayaks with civilian personnel dubbed ‘Service Assistants’ and ‘Non-Combatant Assistants’. It was suggested that together these two categories could sustain some 46,000 officers in the 1.3 million-strong Army by looking after their personal needs, which would also be clearly demarcated.

But this putative plan, received half-heartedly by a majority of Army officers, was quietly buried on the grounds that operatives from Pakistan’s omnipresent Inter Services Intelligence  Directorate (ISID) would infiltrate the Indian Army by getting themselves recruited.

The understandable security argument trumped the debate and the sahayak issue, once again became dormant.

And though a majority of Army officers vehemently support continuing with sahayaks, a handful believe that doing away with it would ‘liberate’ them from menial household chores that, in some instances include cooking, ferrying the officers’ children to and from school and even minding their pets. The former lot of officers mistakenly justify their outlook by equating themselves with their police and civil service colleagues, all of who they claim are also cosseted by a bevy of officially-sanctioned staff paid for by the state.

Some years ago numerous videos of sahayaks emerged on social media platforms, detailing their degradation at the hands of officers, which received much media attention and temporarily embarrassed the Army. These clips portrayed the sahayak expiating over being forced to undertake menial chores like cleaning, gardening and even walking the dog, all of which was not at all their responsibility.

Thereafter, in the name of discipline the Army clamped down on all such activity, putting the lid forever on the problem, rather than working to resolve it. In a sense, it sanctioned its perpetuation.

So much so that a handful of high profile three-star officers, including an illustrious vice-chief of staff, continued for years to keep more than one sahayak, provided to them after retirement as a courtesy by their respective regiments to help them relocate. One such reprobate used at least two jawans to look after his milch cows, whilst another of similar rank was threatened with criminal prosecution if he did not send the sahayaks back, which he eventually did, but after nearly five years. 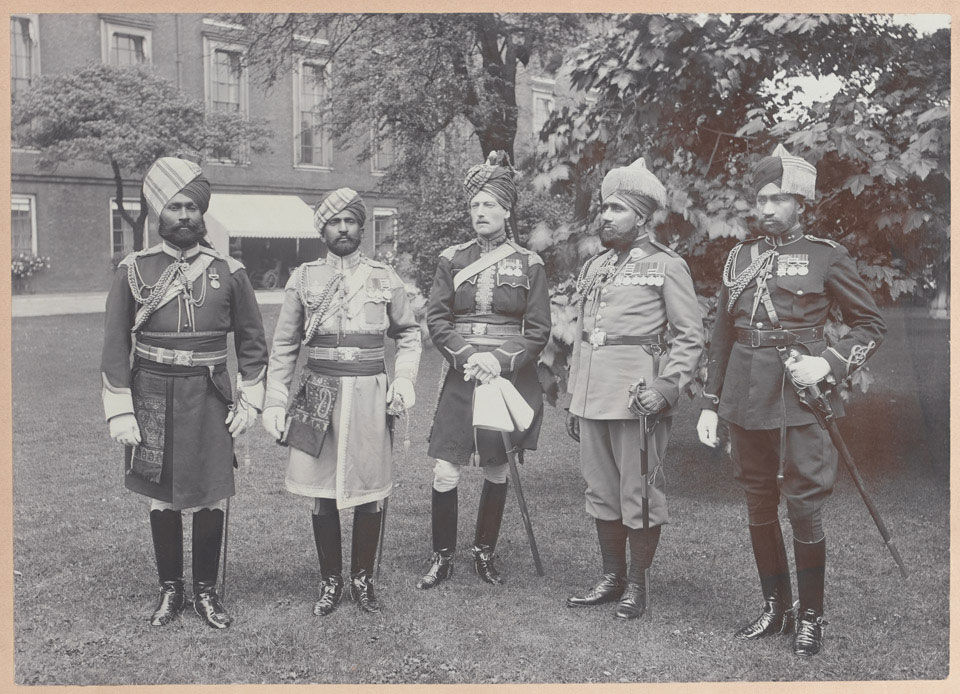 The term batman evolved in the British army during the inter-War years, before which they were known as ‘soldier-servants’. Thereafter, in the British and Indian armies when officers typically came from privileged backgrounds, it was not unknown for a batman to follow them into later civilian life as their domestic servants.

Formally, batmen were meant to be ‘runners’ for officers, to convey their orders to subordinates, maintain their uniform and equipment like personal valets and drive their vehicles, at times even in combat conditions. Batmen also acted as the officers’ bodyguards and in deceptively vague military jargon were required to perform other ‘miscellaneous tasks’ demanded by them.

This latter, somewhat nebulous obligation in the colonial Indian Army, particularly in Pakistan’s North West Frontier, at times ended up unofficially as a euphemism for sexual relationships between some English officers and their batmen. Many 19th and 20th century regimental histories hint broadly at them.

However, whenever these associations became known, they resulted either in dishonourable discharges or court martials or the ‘honourable alternative’ to sidestep regimental and familial disgrace.

This invariably involved a senior officer pointedly leaving behind a pistol for the compromised officer to ‘do the right thing’ by the unit or risallah by shooting himself, thereby obviating disgrace. Homosexuality was a criminal offence in England till 1967 and one pursued vigorously by the authorities. And though quite rampant in the army, it was nevertheless tolerated. Being outed publicly was not.

For enlisted soldiers, on the other hand, being a batman in the early years after independence was usually seen as a desirable position. He was exempt from more onerous soldierly duties like parades, patrols and combat, often got better rations and other favours from his officer and family. Many even inveigled their officers into getting them promotions that carried a higher salary and eventually an ampler pension. But many who ultimately went back to their units were often accorded arduous duties in a bid by their colleagues to make up for their easy years.

Ironically, unlike the Army, the IN and the Indian Air Force, lacking the requisite manpower, never had a tradition of batmen or sahayaks. Instead, a handful of civilian non-combatants paid market wages were and continue to be employed in their officers’ residences and their messes.

Perhaps, the spirit of ‘service jointness’ promulgated by General Rawat can begin here.