Between flawed designs and changing specs, the military and defence ministry have gone around in circles for 30 years. Now, weapon system purchases are being fast-tracked because of the China standoff but delivery could take 2-3 years. 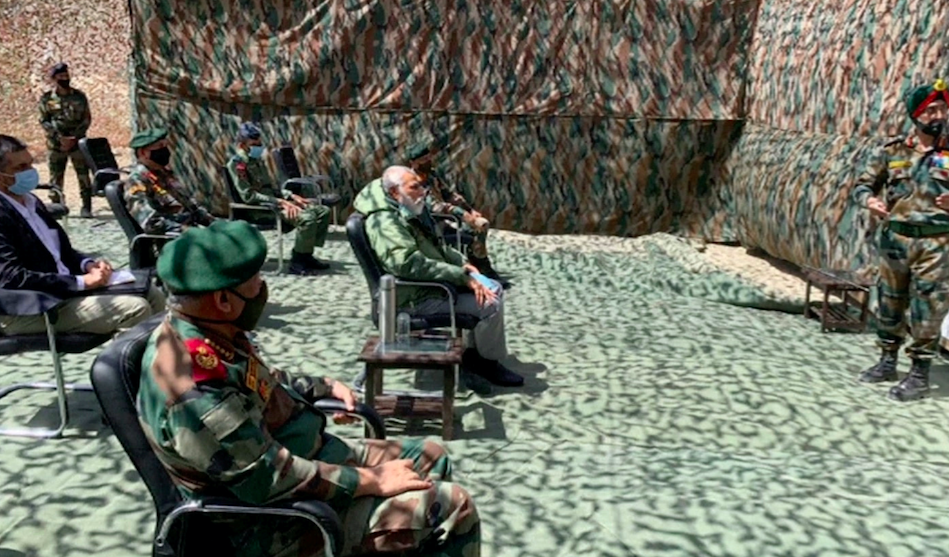 Chandigarh: The recently projected import of 72,400 US-made assault rifles for the Indian Army as an emergency purchase – made in response to the ongoing military face-off with China – best illustrates all that is inefficient, deficient and confused in the country’s military equipping and procurement procedures and policies.

It also explains the reason behind the services’ continually deferred modernisation, and the inability – or unwillingness – of civil and military officials in acknowledging that the six-year-old ‘Make in India’ initiative to reduce imported materiel dependency, has badly faltered.

Regrettably, ‘Make in India’ appears to be a slogan that is repeatedly regurgitated to create the impression that some new impetus is being provided to ‘atmanirbharta‘ or self sufficiency.

This stark reality became evident, even amongst diehard loyalists, by the Modi government’s knee-jerk reaction to the Chinese standoff in Ladakh in fast-tracking the pending import of assorted platforms and defence equipment, to plug long-pending gaps in India’s flailing military capability.

Also read: How Red Tape Delayed the Procurement of Lightweight Tanks Until After Ladakh Faceoff

Assorted missiles, precision guided munitions for 155mm howitzers from the US and anti-tank guided missiles (ATGMs) from Israel comprise some of the other anticipated imports to seemingly counter the challenge posed by China’s military along the line of actual control (LAC) in eastern Ladakh.

The paradox, however, is that almost all this materiel – barring possibly ammunition and missiles – will almost certainly not be delivered before the next 2-3 years. The earliest that the first of the 33 fighters, for instance – 21 Fulcrum MiG-29s and 12 Sukhoi Flanker Su-30MKIs to be licence-built by Hindustan Aeronautics Limited – can be provided, is 2023-24.

Extended price and delivery negotiations for the remaining supplementary buys like light tanks, an air defence system and UAVs, lasting 18-30 months can be expected. Thereafter, a gestation delivery period of 12-18 months, if not longer, would follow.

“All such military buys have to be planned much before in anticipation of an emergency like the one in Ladakh and not once it is upon us,” said military analyst, Major General A.P. Singh (retired). Ad hoc and panic buying cannot provide us the military competency we need to deal with a crisis, added the officer who has been deployed to the LAC.

Similar panicky acquisition announcements ensued during and immediately after the 1999 Kargil war with Pakistan, in which worrisome inadequacies embarrassingly emerged. The 11-week long conflict, in which over 500 Indian Army soldiers died and twice that number were permanently handicapped, was also followed by assertions to acquire howitzers, tanks, infantry combat vehicles, night vision devices, Tatra truck-mounted missile systems alongside varied ammunition.

But within months of the cessation of hostilities, matters relapsed to previous levels of indifference amongst both the military and Ministry of Defence (MoD) officials. The flurry of activity after the Kargil Review Committee and the follow-on Group of Ministers task force remained largely stillborn and the prevailing operational gaps endured.

However, the tortuous saga of procuring assault rifles, fundamental and essential to the infantry soldier, best exemplifies the army’s equipping woes and the attendant web of self-imposed impediments it induces in this endeavour.

The narrative begins in the early 1990s when the army tasked the government-run Defence Research and Development Organisation (DRDO) to develop an assault rifle substitute to replace the inordinately heavy and outmoded Belgian 7.62mm FN FAL licence-built rifle dating back to 1953.

The DRDO spent nearly a decade designing the 5.45x45mm rifle at great cost, as part of the Indian Small Arms Systems (INSAS) that also included a carbine, machine gun and sniper rifle. The latter three weapon systems, however, were abandoned, but around the mid-1990s the army was ‘persuaded’ to operationally approve the INSAS assault rifle which then went into series production at the Ordnance Factory Board’s (OFB) Rifle Factory at Ishapore in West Bengal.

Soon after its induction into service in the late 1990’s, problems with the rifle’s efficiency surfaced. These centred round its sights, which malfunctioned especially in extreme temperatures, and its firing mechanism that often jammed during firefights. But successive army chiefs, without demurring, persisted in employing the INSAS rifle that was the infantry’s principal weapon during the Kargil war, much to the operational chagrin of many combat formations.

Front line infantry and Rashtriya Rifles (RR) units deployed on counter insurgency operations however, preferred the tested Russian Kalashnikov AK-47 of which 1,00,000 were imported from Bulgaria in 1995 for $8.3 million as a ‘stop gap’ measure. 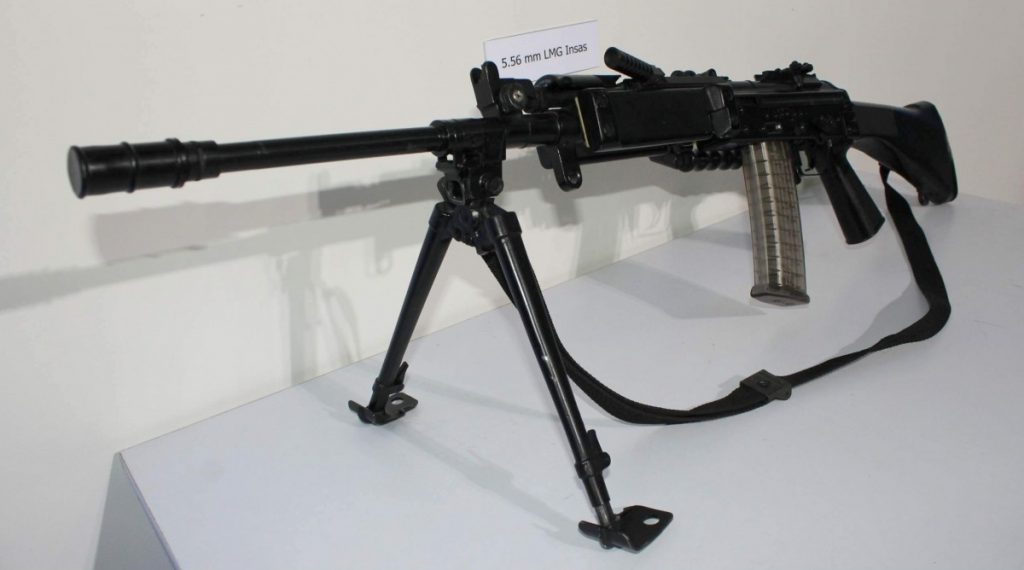 The INSAS rifle’s inadequacy also became a contentious issue between India and Nepal in August 2005, after the then Royal Nepal Army (RNA) claimed the gun repeatedly malfunctioned during firefights with Maoist guerrillas, resulting in heavy casualties. At the time, the RNA claimed that the rifle also became too hot and unusable after sustained firing. India reacted irately to these charges, blaming the RNA’s lack of experience in maintaining the rifles, further alienating the Himalayan nation’s army.

In 2010, the army’s rocky relationship with the INSAS rifle ended, after it declared it to be ‘operationally inadequate’ and overtaken by ‘technological development’- a euphemism for simply being a poorly designed product.

Thereafter, the army astonishingly floated a requirement for a hybrid replacement assault rifle, capable of swiftly converting from 5.56x45mm caliber to 7.62×39 mm merely by replacing the barrel. The incredulous part of the army’s carefully crafted qualitative requirements (QRs) was that such a product was still at a prototype stage globally.

Undeterred, the MoD at the army’s behest, dispatched global tenders to over 40 manufacturers in 2011 for 66,000 of these multi-calibre rifles, with the proviso that the shortlisted model would eventually be licence produced by the OFB under a technology transfer. This was aimed at meeting the army’s requirement for over 750,000 rifles and lesser numbers for India’s paramilitaries and provincial police forces.

For years, over ambitious QRs have been the bane of the military’s modernisation efforts, particularly the army. Even former defence minister Manohar Parrikar mocked the army’s propensity for overreach, admitting that some QRs appeared to be sourced from “Marvel comic books”.

Speaking at the India Today Conclave in March, 2015, in New Delhi, Parrikar aimed his remarks at former Army Chief General Bikram Singh sitting beside him, by terming some of the technologies listed in the forces GSQRs as ‘absurd and unrealistic’. Gen. Singh was one of the major proponents for the multi-calibre rifle.

After the multi-calibre rifle tender was finally terminated in 2015, the army, once again re-ignited deliberations over which calibre rifle it operationally needed. In between, it attempted to source a rifle from the Ordnance Factory Board, but failed and four years later, in March, 2019, Prime Minister Narendra Modi inaugurated a facility at Korwa near Amethi to licence build 750,000 Russian Kalashnikov AK-203 7.62x39mm assault rifles.

Principally, the design of these rifles, as their model classification denotes, dates to 1947 with subsequent variants including the AK-203 undergoing minor improvements over the intervening years.

In short, after nearly a decade of seeking competent assault rifles to augment combat competency in a possible two-front war against China and Pakistan. the Indian Army agreed to a modified model of a 73-year-old weapon system. But despite this conciliation, the assault rifle chronicle did not end, as matters still remain in limbo.

For, the Indo-Russian Private Limited (IRPL) joint venture (JV) that has been established to make the AK-203 under an Inter-Governmental Agreement (IGA) between New Delhi and Moscow in February 2019, is yet to ink the deal for it.

Unreconcilable price differences have emerged, which could not be resolved even during defence minister Rajnath Singh’s recent Moscow visit. This, in turn, has led to the MoD instituting a ‘costing committee’ to try and resolve the ‘unreasonable and unacceptable’ rifle contract price reportedly being demanded by Russia. The committee is expected to submit its report by the end of August.

Industry sources, meanwhile, told The Wire that the Russians were demanding a royalty of $200 per rifle produced by the JV, making it an astronomical licence fee of $150 million for 750,000 units, and even more thereafter in addition to the cost of erecting the plant. The JV is expected to annually produce 70,000 AK-203s, initially from knocked down kits and later by localising components and sub-assemblies to indigenise production.

In the meantime, the army’s assault rifle requirement remains unrequited, compelling the MoD to acquire 72,400 SIG916 rifles last year, deliveries of which have been completed and the weapon system issued to counter-insurgency units in Kashmir.

Presently, the army’s weapon directorate is believed to be fast-tracking the follow-on acquisition of another equally large tranche of SIG916 rifles, defeating PM Modi’s atmanirbharta objective.

Note: The story has been edited to correct the Russian royalty figure in the third paragraph from the bottom from $15 million to $150 million.