After Airstrikes, World and Neighbours Call for Restraint and Dialogue

Most countries asked the two nations to find ways to maintain peace, while some also condemned the Pulwama terror attack. 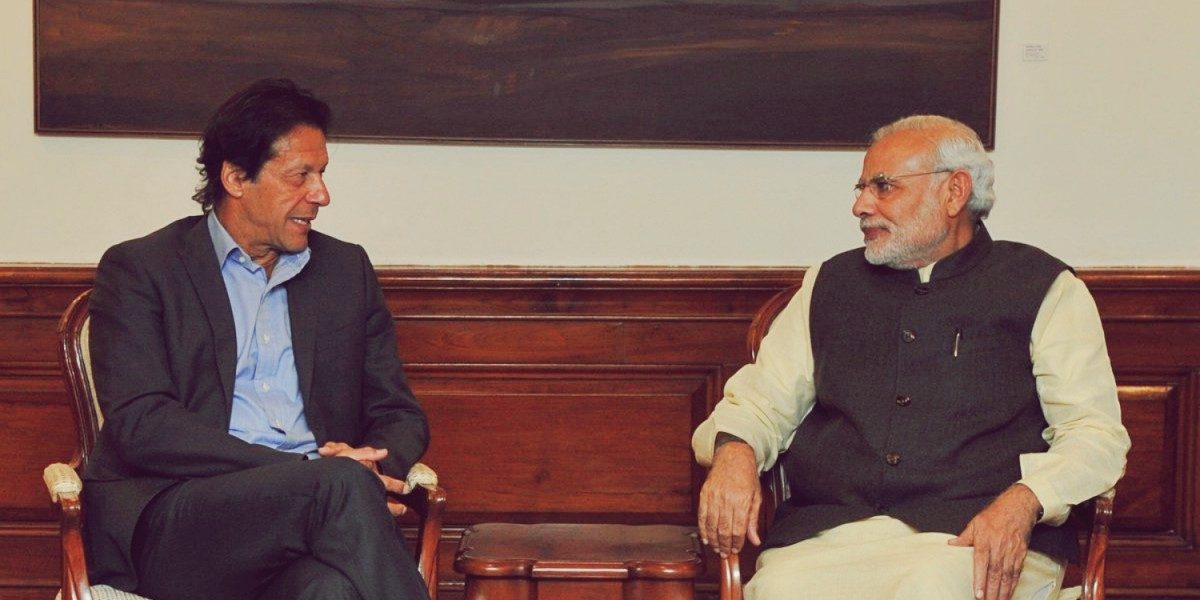 New Delhi: Following the airstrikes by India and the retaliation by Pakistan, there has been “concerned” statements at the “escalation”, coupled with calls for “restraint” and resumption of dialogue to New Delhi and Islamabad from world capitals and in South Asia.

At Wuzhen, Chinese foreign minister Wang Yi said that China was “worried” about the current tensions between the South Asian nations. He called upon them to exercise restraint and avoid further escalation. “As a common friend of India and Pakistan, we hope that the two sides can find out the truth through dialogue, control the situation, solve problems, and jointly safeguard regional peace and stability. China is willing to play a constructive role in this regard,” he said.

There had been no official statements after the Pakistan action, but after the Indian airstrikes, US secretary of state Mike Pompeo had spoken to both the Indian and Pakistani foreign ministers.

“I expressed to both Ministers that we encourage India and Pakistan to exercise restraint, and avoid escalation at any cost. I also encouraged both Ministers to prioritize direct communication and avoid further military activity,” said a press statement from Pompeo dated February 26. This was released on Wednesday morning India time. After a few hours, Pakistan conducted a retaliatory airstrike into Kashmir.

US President Donald Trump indicated on Thursday that the US has been “involved” in managing the escalating tension between India and Pakistan, and that “reasonably decent” and “reasonably attractive has been received” that the current face-off “will be coming to an end”.

Also on Wednesday, the US pressed Pakistan to abide by its commitments to the UN Security Council, and act against terrorists operating from the country. This was after India handed to Pakistan a dossier on the involvement of the Jaish-e-Muhammed (JeM) in the Pulwama terror attack on February 14, 2019, and on the presence of JeM camps on Pakistani soil.

During Question Time in parliament on Wednesday, British prime minister Theresa May said UK is “deeply concerned about rising tensions between India and Pakistan and urgently calls for restraint on both sides to avoid further escalation”.

“We are in regular contact with both countries urging dialogue and diplomatic solutions to ensure regional stability. We are working closely with international partners, including through the UN Security Council, to de-escalate tensions and are monitoring developments closely and considering implications for British nationals,” she said.

French foreign ministry expressed concern at the “deteriorating situation”. “It (France) calls on Pakistan and India to de-escalate the situation,” added the statement.

The French ministry for Europe and foreign affairs is “closely monitoring the situation”. France also said that their embassies were ready to help their citizens in case of need.

As per a report in Tass, Russian President’s press secretary Dmitry Peskov called on “India and Pakistan for restraint in connection with the border incident”.

Comment by the Information and Press Department of @mfa_russia in connection with growing tensions in #India–#Pakistan relations:
We express our serious concern about the aggravation of the situation along the Line of Control between India and Pakistan… pic.twitter.com/asfPbVojLG

The Russian foreign ministry also stated it was worried about the “aggravation” on the Line of Control and the outbreak of tension.

“We call on both sides to show restraint and step up efforts to resolve existing problems by political and diplomatic means. We are ready to further assist in strengthening the counter-terrorism potential of New Delhi and Islamabad,” added the Russian foreign ministry

The EU’s high representative on foreign affairs and security policy, Federica Mogherini said that the military escalation “has the potential to lead to serious and dangerous consequences for the two countries and the wider region”.

She urged for both states to exercise “exercise utmost restraint” and avoid further escalation. “To this end, the resumption of diplomatic contacts at political level and implementation of urgent measures by both sides is vital,” she added.

Stating terrorism can never be justified, Mogherini recalled that she had conveyed to Pakistan foreign minister Shah Mehmood Qureshi that Islamabad needs to take “clear and targeted actions related to all forms of terrorist activity”.

The European Union will remain in contact with both countries and will continue to closely monitor the situation.

Iranian foreign ministry spokesperson Bahram Qasemi also “expressed deep regret over escalation of tensions at borders and the military showdown between India and Pakistan”. As per Irna, Qasemi asked them “both to consider complicated conditions in the region which is mostly aimed at increasing insecurity, instability and due to foreign intervention”.

Two south Asian neighbours also expressed their anxiety that the India-Pakistan tensions could impact the region.

“The Government of Nepal is concerned about the escalating tensions between India and Pakistan following the terrorist attack on security convoy in Pulwama in Jammu and Kashmir on February 14, 2019,” said a press release of the Nepal foreign ministry.

Recalling that Nepal had condemned the “heinous terrorist act”, the Himalayan national called on both countries exercise “utmost restraint” and seek a solution “through dialogue”.

As the current Chair of SAARC, Nepal, while underlining the importance of peace and stability in South Asia, calls on both sides to exercise utmost restraint and not engage in actions that would threaten peace and security in the region. It also urges them to seek solution through dialogue and peaceful means in order to ease tension and normalise the situation.

Just like Nepal, Sri Lanka also commented on the latest tensions in South Asia by first mentioning that they had condemned the Pulwama attack.

“As a country that has suffered from the scourge of terrorism for nearly three decades, Sri Lanka has unequivocally condemned this terrorist attack in Pulwama and stands firmly by the fight against terrorism in all its forms and manifestations,” said a statement issued by the Sri Lankan ministry of foreign affairs on Wednesday.

Stating that it was “deeply concerned” about developments post-Pulwama attack, the statement said that Sri Lanka “strongly supports peace and stability in the South Asia region and all endeavours towards the diffusion of tensions, including the resolution of bilateral problems through dialogue and building confidence”.

“In this context, Sri Lanka requests India and Pakistan to act in a manner that ensures the security, peace and stability of the entire region,” said the MFA.

The Indian ocean nation also expressed deep concern at the “escalation of tensions” between India and Pakistan.

Underlining its support to combating terrorism, Maldives foreign ministry’s statement said that Maldives “resolutely and unequivocally condemns terrorism in all its forms and manifestations, including cross-border terrorism, and underlines the urgency of States taking meaningful action against terrorist groups operating on their soil.”

“The Maldives is fully committed to the fight against terrorism and will continue to work closely with the international community, especially with its South Asian neighbours, in eliminating this global menace,” it said.

Maldives urged both India and Pakistan to have utmost restraint and “to preserve the stability, peace and security in the region”. “It is important to seek a speedy resolution to the current crisis through diplomacy and dialogue,” said the Maldivian foreign ministry.

Germany, while expressing concern at the situation, said that it was up to India and Pakistan “to use the utmost circumspection to ensure that this does not lead to a confrontation between the two countries”.

The country also said that Pakistan needs to combat terrorism on the ground. “In Pakistan, too, every effort must be made to ensure that terrorist organisations, which are known to have their base in Pakistan, are not only not able to carry out their nefarious deeds there, but are in fact combated. And also, once the evidence is furnished, that those responsible for the terrible attack in Kashmir are held to account and do not walk free.”