The Case Against Weakening India's No First Use Policy

India is at risk of watering down its nuclear no first use policy in return for no tangible benefits. 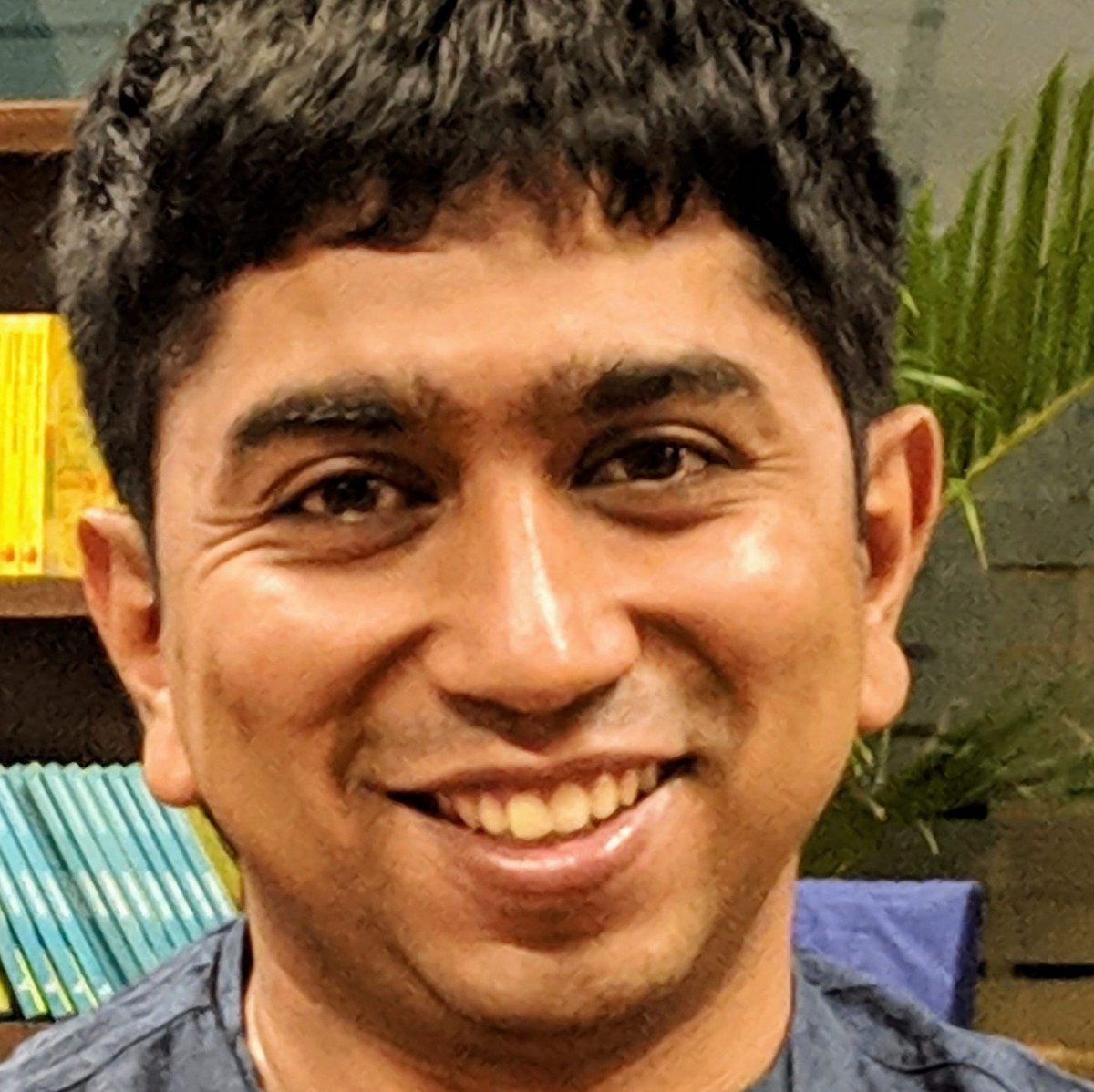 Last month defence minister Rajnath Singh chose Pokhran – the site of India’s nuclear tests – to suggest that the future of the country’s nuclear no first use policy would depend on changing “circumstances”. Singh’s surprise statement was apparently aimed at Pakistan after tensions escalated following the Indian government’s decision to bifurcate the state of Jammu and Kashmir into two union territories.

The statement also comes amid dissatisfaction with the no first use policy, with one critic calling it a “formula for disaster”. Opponents cite Pakistan’s battlefield nuclear weapons, which they believe offer a shield for Pakistan-based terrorism. The way out, according to this logic, would be for India to threaten pre-emptive nuclear strikes on Pakistan’s arsenal.

However, the critics’ diagnosis of the disease is faulty, and their proposed cure will only make matters worse. Pakistan cannot credibly threaten to use battlefield nuclear weapons early in a conflict. On the other hand, an Indian threat to disarm Pakistan will backfire, creating more problems than it solves.

Pakistan has frequently sought to offset India’s superior power with threats of nuclear attacks. In 2002, the director of Strategic Plans Division, Lt General Khalid Kidwai, laid out four conditions under which Pakistan would use nuclear weapons against India. These were: the conquest of a large portion of Pakistan, the destruction of large part of its armed forces, “economic strangling”, and “large scale internal subversion”.

Also read: Rajnath and No First Use: Tainting India’s Image as a Responsible Nuclear Power

If these conditions seem ambiguous, it’s because they’re meant to be. The assumption embedded in Pakistan’s strategic culture is that if you don’t state your nuclear redlines clearly, your adversary will stop short of them. Pakistan sought to put these ideas into more aggressive practice in 2011, with the unveiling of the nuclear-capable Nasr rocket.

The Nasr was apparently a response to the Indian Army’s Cold Start doctrine, which envisages the seizure of shallow slivers of Pakistani territory. Armed with a nuclear warhead, but with a range of just 70 kilometres, the highly mobile Nasr was supposed to be capable of raining destruction on Indian armoured columns entering Pakistani territory. As Kidwai put it, the Nasr would “pour cold water on Cold Start”.

Using battlefield nuclear weapons has two objectives. One is to destroy some significant portion of the adversary’s forces. The other is to send a signal to an adversary to end hostilities or risk further nuclear escalation. However, there are far too many problems with pulling this off in practice. 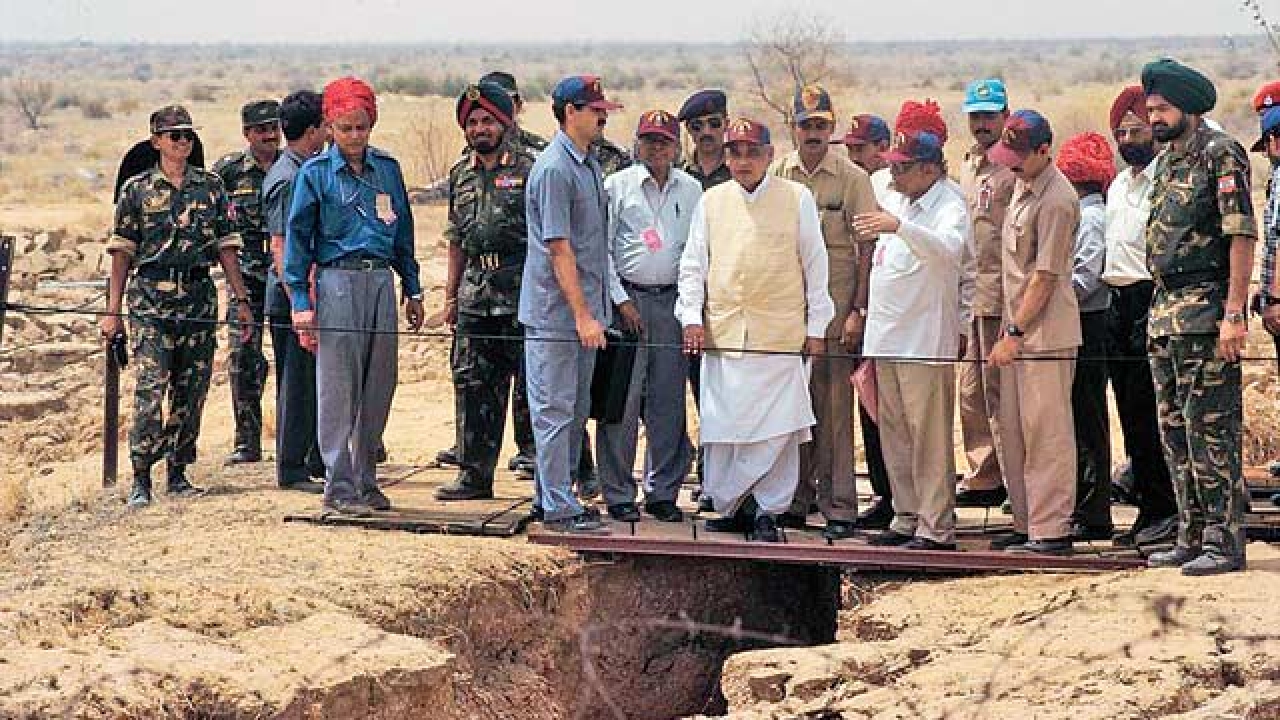 Take, for instance, the Nasr rocket. Once Pakistan’s leaders decide to use the rocket, it would have to be deployed uncomfortably close to the battle zone because of its short range. The rocket crew would then have to receive accurate, real-time information on the position of India’s mobile forces and launch before they are themselves destroyed by Indian airpower or artillery. If anything goes wrong, Pakistan would have either lost its nuclear rockets, missed hitting Indian forces, or worse yet, hit its own soldiers in the vicinity.

While the Nasr is not an attractive option, Pakistan possesses an array of longer-range missiles that can be fired from safer distances. Such missiles might achieve the objective of damaging Indian forces, but would the nuclear signalling work?

As reports of nuclear detonations come through, India’s leaders will have no way of knowing if Pakistan only intends a limited strike or if the attack is, in fact, the opening salvo in a much larger strike on India, as some Pakistani experts have suggested. Amid the fog of war, with incomplete and contradictory information pouring in, Indian leaders may assume the worst and respond accordingly with a large nuclear strike – something Pakistan’s professional and experienced military brass understands.

But let’s assume Indian leaders correctly assess the nuclear strike is limited to a few military targets. Pakistan still has no control over how India will react. India’s threat of “massive retaliation” is far less rigid than commonly assumed, since it only means the damage caused would be “unacceptable for the adversary”.

Indeed, Ambassador Shivshankar Menon has argued that after a Pakistani nuclear strike, there would be no reason for India to restrict itself to a proportionate response,  “since that would only invite further escalation by Pakistan.”

In the face of such risks, Pakistan would have no good reason to use nuclear weapons during a limited war with India, especially when its conventional forces are no push over. In practice, Pakistan would turn to its nuclear missiles only in extremis – when the survival of the state was at stake. In this regard, it is hardly different from other countries that have threatened first use in the past.

The problem with ‘escalate to deescalate’

However, historical scholarship has demonstrated that “flexible response” was primarily a rhetorical device intended to reassure America’s anxious NATO allies. In private, American leaders remained sceptical about the doctrine for the simple reason that they did not believe nuclear war, once initiated, could be controlled. 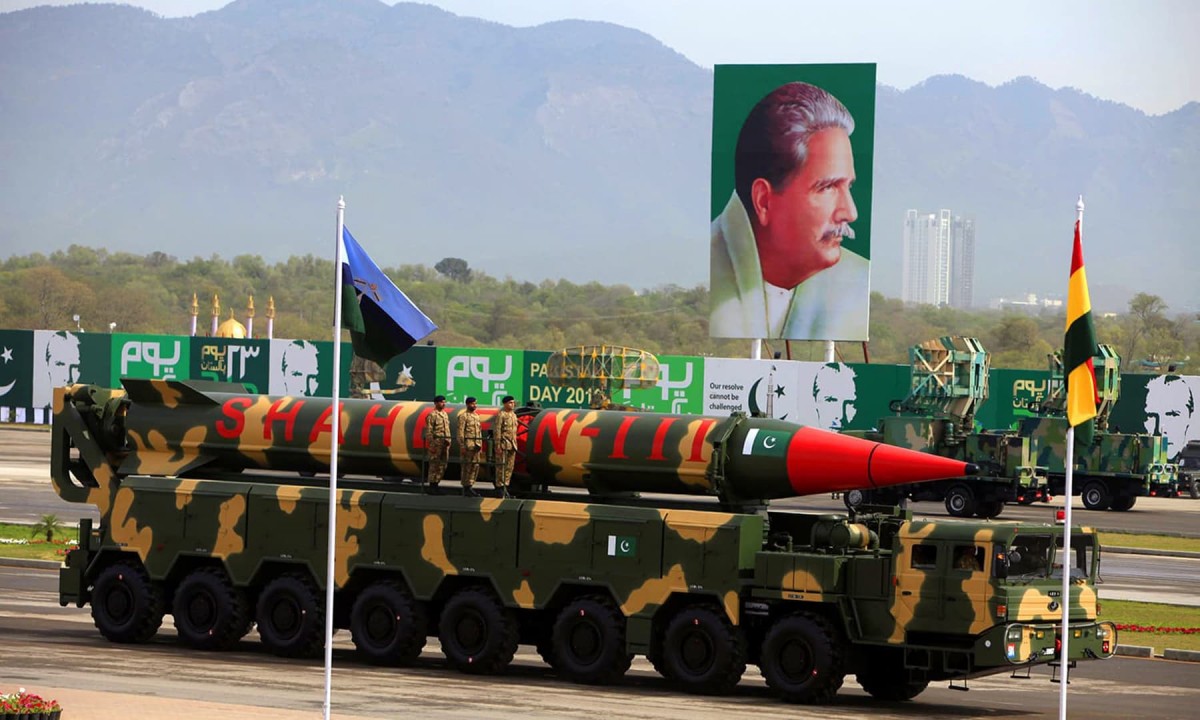 Ballistic missile (Shaheen-III) being displayed during the Pakistan Day parade in Islamabad on March 23, 2016. Photo: Reuters

Of course, NATO did deploy battlefield nuclear weapons in Europe and East Asia through the Cold War, but it never successfully grappled with the problems they posed. Conventional warfighting required forces to concentrate, while nuclear attack plans required those same forces to disperse so they could survive. In the end, NATO would only have considered the use of battlefield nuclear weapons in the face of a devastating rout, when it was time to “commit the whole matter to God”.

In recent years, some Americans have claimed Russia has an “escalate to de-escalate” doctrine, which threatens the limited use of nuclear weapons against military targets to force an adversary to back down. However, once again, a serious examination of Russian thinking makes it clear that Moscow would only turn to nuclear weapons in the most extreme circumstances.

Russia’s own declared doctrine states that it would only use nukes in response to attacks with weapons of mass destruction or “when the very existence of the state is in jeopardy.”

How no first use helps

More sober Pakistani writing is in line with these American and Russian cases, making it clear that rockets like the Nasr would be weapons of “last resort”. But if Pakistan is not going to use battlefield nuclear weapons at the outset of hostilities, what are they good for? Proponents of such weapons argue that they are an effective way to manipulate risk.

While Indians may be sceptical that Pakistan would initiate a nuclear strike that could escalate into an all-out exchange, they cannot be completely sure that things won’t go wrong. The economist and strategic thinker Thomas Schelling argued such moves could initiate “a process that carries some risk of unintended disaster.”

The trouble with this idea is that it assumes that one side has a vastly greater appetite for risk than the other, or, is at least able to bluff its adversary into thinking that is the case. However, since the risk of escalation is a shared one, both countries will seek to delay the moment nuclear weapons come into play, especially in a limited scuffle.

Watch: Menon: The Policy of No First Use of Nuclear Weapons Has Served India’s Purpose

While the presence of nuclear weapons must inject prudence into Indian decision-making, it need not induce paralysis. Any decision to use or abjure force against Pakistan should be based on a level-headed assessment of whether India’s conventional warfighting capabilities can achieve the desired objectives and not on an obsession with Pakistan’s nuclear weapons. 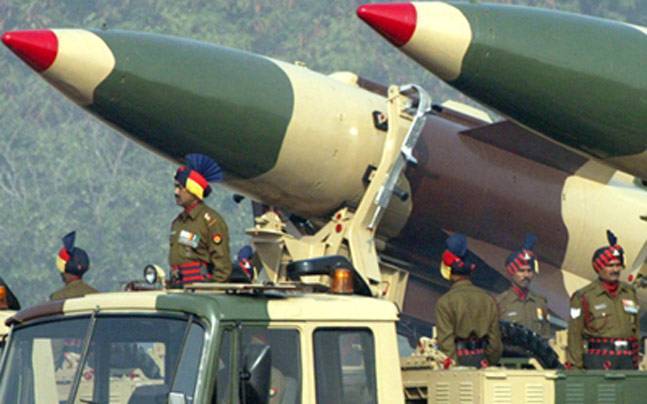 The worst thing India can do is dilute its own no first use policy. It’s pure fantasy to imagine India can destroy Pakistan’s nuclear arsenal with a first strike. Such ideas will only get more far-fetched in the coming years as Pakistan’s nuclear deterrent moves to sea. An India threatening pre-emptive strikes will find itself in the worst of all worlds: unable to carry out its threat but bringing nuclear risks into play early in a conflict or crisis.

This is against India’s interests. If it uses force against Pakistan, India will want to keep nuclear risks to a minimum. This would not only give it space to fight, but also help keep away outside powers, which would pressurise India to end hostilities early. India’s no first use policy aids this objective. To fritter it away would be extraordinarily unwise.

Aditya Ramanathan is a policy researcher with the Takshashila Institution.