India Needs To Look Into LAC Lapses To Be Future-Ready

It is time for the government to consider launching a review into the intelligence and operational lapses resulting in the debilitating faceoff with China that erupted last May. 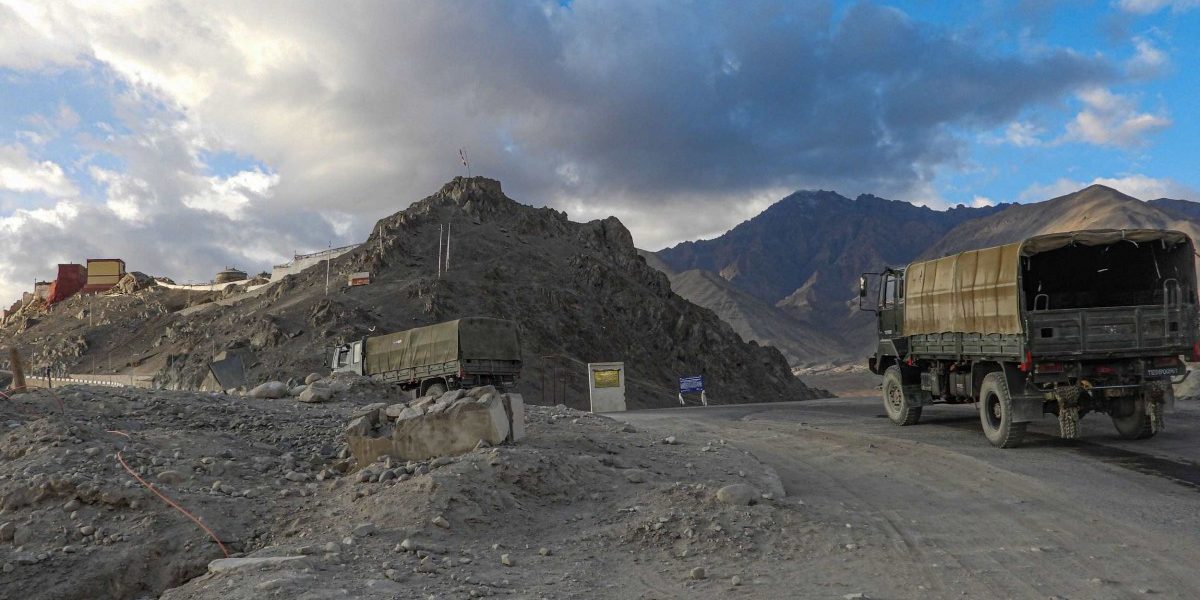 With the complementary withdrawal of Indian and Chinese troops from the bitterly contested Pangong Tso or lake region along the disputed Line of Actual Control (LAC) in eastern Ladakh underway, it is time for the government to consider launching a review into the intelligence and operational lapses resulting in the debilitating faceoff that erupted last May.

And though the People’s Liberation Army (PLA)’s ingress into the adjoining areas still awaits vacation, as does the restoration of the April 2020 military status quo ante along the LAC, a multi-disciplinary commission of inquiry needs establishing, similar to the one which followed the analogous 1999 intrusion by the Pakistan Army into Kargil, to manage the Chinese threat and Beijing’s future duplicity.

The 1962 ambush by China followed the placatory Panchsheel Treaty eight years earlier, much like the slew of five bilateral border treaties and confidence-building measures 1993 onwards aimed at managing the LAC. Thereafter, the Lt Gen Henderson Brooks inquiry into the disastrous border war was never made public, with successive governments incredulously claiming that the report, of which just two copies exist, remains ‘sensitive’ and of ‘current operational value’.

Also Read: Why It Is Imperative That Indians Come to Know What Happened in 1962

However, a cross-section of serving military officers, veterans and defence analysts concede that a ‘lessons learnt approach’ emanating from such a suggested inquiry commission or review committee would assist in future projection of India’s Comprehensive National Power, including military strength, to deal with a formidable foe like China. Such an endeavour would also help restructure tri-service cooperation, intelligence sharing, timely information dissemination and media management, amongst other aspects.

It would also assist in dealing with what is grudgingly accepted in military and security circles, that future Indian Army deployments along the LAC will duplicate those along the Line of Control and the Siachen glacier against Pakistan, as all previous Sino-Indian LAC-related protocols now stand nullified. New unassailable pacts, predicated to overarching distrust of China by India, will need to be concluded to ensure peace between the nuclear-armed neighbours till their 3,488-km-long LAC is eventually demarcated.

Doubtlessly, naysayers will assert that the Indian Army has, in recent months displayed flexibility, speed and steadfastness in its LAC deployments, as well as strategic chutzpah by seizing the commanding Kailash heights on Pangong Tso’s southern bank, which helped determine the February 10 pullback agreement. But many veterans differ, claiming that rushing an additional 50,000 troops to man the LAC, including critical Army Headquarters reserves, was more a rushed ‘battalion approach’ to man the 800-km-long LAC flank in eastern Ladakh, rather than a structured strategy.

For several decades, a resource-strapped and diffident India had followed the path of least resistance against China, sheltering behind multiple border treaties to ensure peace along the LAC with its more powerful neighbour. China, on the other hand, viewed the LAC accords as an abiding tactical measure, aimed at lulling an amenable India into a false sense of security for nearly three decades as it embarked on progressing its economy. It willfully ‘persuaded’ India, including its military into focusing on bilateral economic issues like trade and commerce, furthering diplomatic, political and even defence ties. Resolving the border imbroglio was interminably postponed despite 23 rounds of talks between the respective Special Representatives, but China’s 1959 claim lines in Ladakh, it now transpires, were not forgotten. 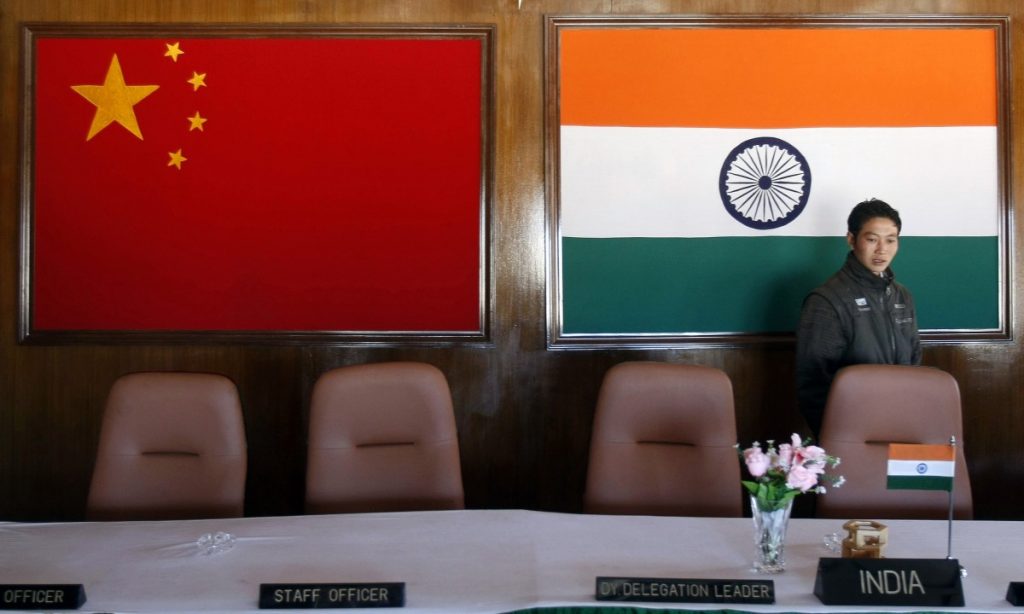 It’s also known in Indian security circles that its military planners, especially the Army, had set a 2010 deadline to meet the proliferating security threat from Beijing. It was widely accepted at the time that the logistical, infrastructural and materiel inequalities would become too pronounced if this schedule slipped. Alarmingly it did, as was revealed by the frantic procurement of assorted ammunition, missiles, UAVs, varied ordnance and high-altitude kit, worth over Rs 20,000 crore, June 2020 onwards.

Those opposing a review or inquiry into the PLA’s ingress also point to the Army re-orienting its Mathura-based 1 Strike Corps – one of three such ‘sword arm’ formations – to convert it into a mountain strike corps for eventual employment in Ladakh. This envisages two of its infantry divisions being trained in mountain warfare, in what analysts consider a tactical, rather than a wider strategic and holistic approach to higher defence management.

Also Read: When it Comes to China, India Needs to Up its Deterrence Game

The Army also needs to abandon the Second World War concepts of attrition and manoeuvre warfare, familiar to generations of its commanders and ones they feel ‘comfortable’ planning for and executing like in the four wars with Pakistan. It requires desperately to shift focus to futuristic non-kinetic warfare technologies like robotics, artificial intelligence, cyber and network-centric operations to match the PLA capabilities.

The proposed review would especially need to focus on the slip-ups leading to the Chinese incursions despite the three-fold surveillance grid: regular joint foot patrols by the Army and the Indo-Tibetan Border Police supplemented by detailed imagery provided by UAVs and satellites. The federal government would do well to emulate the Kargil Review Committee (KRC) inquiry instituted by the BJP-led government of the then prime minister Atal Bihari Vajpayee on July 29, 1999, three days after the Kargil hostilities concluded, to evaluate the lapses that led to the Pakistan Army’s intrusion and the subsequent hostilities in which over 500 Indian Army soldiers died.

Headed by strategic affairs expert K. Subrahmanyam, the four-member KRC interacted with over 100 military and intelligence officers, bureaucrats and even journalists, for nearly five months, before submitting its report that was tabled in Parliament in February 2000 and also made public.

Some of its sensitive portions were redacted, but despite the expurgations, the report was instructive, revealing numerous intelligence collection failures, operational shortcomings and inter-service jointness, amongst other inadequacies. Thereafter, a Group of Ministers (GoM), headed by deputy prime minister L.K. Advani and four task forces led by seasoned officials further reviewed the KRC’s recommendations, precipitating manifold changes in India’s overall security apparatus. Obviously, these need to be reappraised following the PLA’s ingress into Ladakh and should be made public.

This article was first published on The Tribune.