India Failed to Read the Chinese Tea Leaves in Time, Its Options Now Are Limited

Great uncertainty surrounds Prime Minister Modi’s promise of a befitting reply but his response will probably be economic and diplomatic and not military. 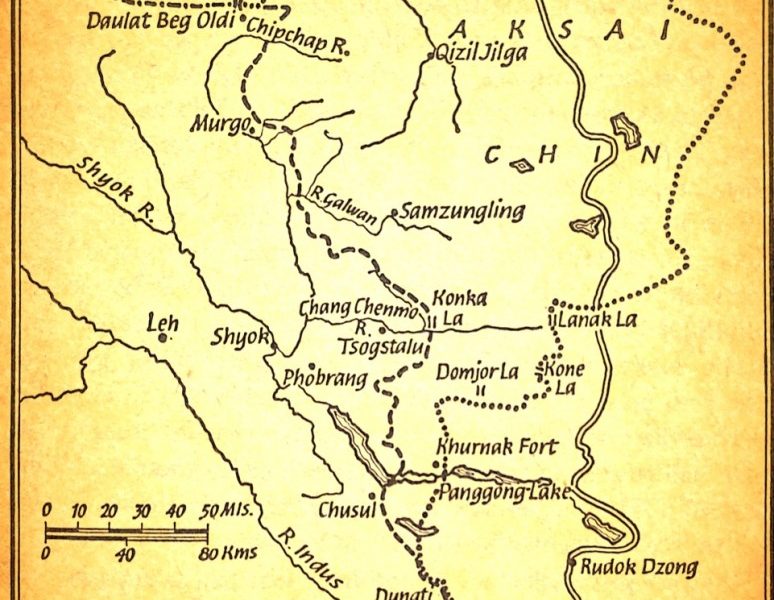 From the way events have shaped up, it has become clear that serious missteps contributed to the tragic clash at Galwan.

Intelligence around mid-April reported unusually heavy troop movement across Ladakh which coincided with annual PLA summer exercises. This was followed by deployment of heavy equipment including tanks and artillery spread from Daulat Beg Oldie to Chushul, concentrated in Galwan, Hot Spring and Pangong Tso. On May 5, the PLA intruded into these areas across the LoC and established posts in the Galwan river valley and Hot Spring, and on May 9 in Pangong Tso and 1500 miles to the east, at Naku La in Sikkim across a settled border.

On May 15, Indian Army chief Gen M.M.  Naravane attributed these encroachments to the local PLA commander, discounting any linkage between these multiple intrusions and the one on Sikkim. It took some time for the army brass to recognise the salience of the intrusions but the PLA’s strategic impulses were still not fathomed. It should have been apparent that these were different from those driving earlier intrusions at Depsang, Chumar and Doklam. The scale of the intrusions was made clear by defence minister Rajnath Singh when he acknowledged on June 2 that Chinese forces had come inside eastern Ladakh in “large numbers”.

On June 6, the outcome of the military dialogue between opposing generals was also misread. By June 9, an Indian army source leaked the information that de-escalation and disengagement was underway  by both sides and troops had withdrawn 2 to 3 kms. China, on the other hand, merely said that military commanders had met and action was being taken to ‘ease the situation’.

On June 13, Gen Naravane, while visiting the Indian Military Academy in Dehradun, told reporters that phased disengagement was ongoing along the LAC, with a lot of disengagement having taken place from Galwan river valley (GRV), and that the situation was stable and under control.

All of this was quite the opposite of what PLA had in mind: to maintain and consolidate its multiple intrusions, especially at GRV, to interdict India’s strategic highway from Darbuk-Shyok to DBO, a road which is being built and never objected to by China since work began in 2010.

The failure of the ITBP – which comes under the Union home ministry – to sound the alert raises a more basic question: With warning signs aplenty, why didn’t the national security establishment ever consider the army occupying the GRV to cushion the strategic highway to DBO rather than leaving it to be patrolled by ITBP?

The fatal clash on the night of June 15/16 at Galwan appears to be a horrendous miscalculation that was grievously mishandled. Attempting to verify PLA disengagement from PP 14, Indian soldiers walked into an ingenious PLA ambush which was defined by savagery and brutality in unarmed combat. The commanding officer 16 Bihar and his protection were felled with iron rods as Indian troops were caught unawares by the Chinese and rendered hors de combat. Many either fell or were “exposed to sub-zero temperatures”.

Troops were identified from three infantry battalions: two Bihar units and Punjab, Signals and Artillery, presumably the forward observation team.  It seems whoever was there was pushed in as reinforcements. The toll from the PLA trap was 20 killed, 76 wounded and 10 taken prisoner and released on June 18. This is by far the worst casualty-ridden military encounter in the history of Indian Army. That not a single shot was fired in self defence is baffling and being attributed to flawed rules of engagement. This is hardly the lesson to teach China.

The Chinese Ministry of Foreign Affairs has refused to answer questions on its casualties, the use of brutal weapons and the damming of the Galwan river. All it has said is that both sides have agreed to resolve the serious matter in a ‘just’ manner, jointly observing commander level talks on consensus and de-escalating tensions (not disengagement from intrusions). The disengagement process has been suspended even as high tension prevails in confrontational deployments.

Besides exposing the tactical shortcomings in India’s readiness and response mechanism, strategic communications too have failed.

In the wake of India’s reorganisation of J&K in 2019 and home minister Amit Shah’s vow to retake Aksai Chin, an incensed Beijing issued a statement calling the redesignation of Ladakh as a union territory an attempt “to undermine China’s territorial sovereignty by unilaterally changing its domestic law” and warning that the move was unacceptable.

It is apparent that the PLA’s focussed military action in Ladakh is a repudiation of India’s hasty and triumphant political decree. There is no comparison with Doklam (2017), where the PLA was on disadvantageous terrain, or with Sumdorong Chu (1986-87), where the Indian Army, though the second mover, responded in double quick time to block the intrusion. This time, in Ladakh the Chinese build up is still underway.

There is call for revenge. That may probably not happen anytime soon but is do-able. Eviction of multiple intrusions that are well-fortified is no longer an option as it courts war. Although late in the day, India can occupy disputed areas across the LAC and hold them, build military power and continue to negotiate from a position of relative strength. Any vertical escalation by India will be untenable given reports of shortages in key ammunitions, labour strikes in ordnance factories and their diversion to making COVID-related equipment. The government has neglected the China front due to its obsession with Pakistan and electoral  preoccupations. Every soldier is taught that China is number one enemy but somewhere along the way Pakistan always pops up.

The Indian media should stop invoking Uri and Balakot and focus on naming and shaming China for violating the Wuhan spirit and strategic guidelines to the two militaries. Chinese social media on the dispute has surged reflecting nationalism, a sentiment Beijing is not keen to encourage. The PLA Daily and People’s Daily, official mouthpieces of the PLA and the Communist Party, did not report the clash on June 16 while Global Times covered it briefly on the back page. Xinhua only mentioned the bland official readout of the Chinese foreign ministry.

The Galwan skirmish has left a deep scar on India-China relations and bilateral ties will never be the same again. Great uncertainty surrounds Prime Minister Modi’s promise of a befitting reply but his response will probably be economic and diplomatic and not military. In early June, President Trump spoke to Modi and said he was not in a good mood. The fiasco in Galwan would have made it worse.