The prevailing chasm in India’s military capability is so expansive and the armed forces’ requirement so enormous that no enhancement in outlay will ever be enough. 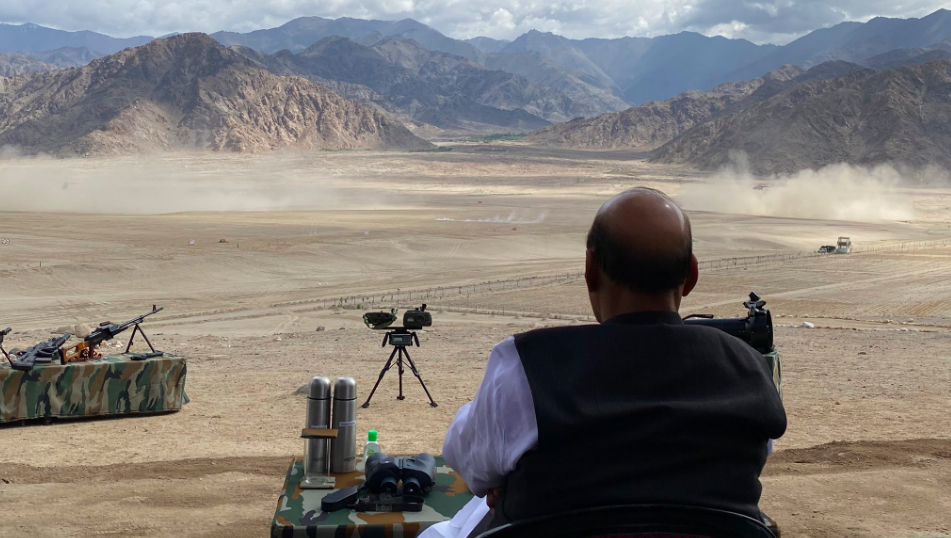 Stung by China’s chicanery along the Line of Actual Control (LAC) in Ladakh, that resulted in a savage clash in Galwan valley on June 15 in which 20 Indian soldiers died, the Ministry of Defence (MoD) has gone into overdrive, clearing procurement of materiel worth billions of rupees.

On July 2, the MoD approved acquisition of an assortment of missiles, software defined radios, 33 fighters from Russia, apart from the proposal to upgrade BMP infantry combat vehicles, all for an estimated Rs 389 billion.

Heron Unmanned Aerial Vehicles (UAVs), loitering munitions, man-portable surface-to-air missiles, besides a varied range of other ammunition, mostly from the US and Israel, complete the list of the planned military buys. 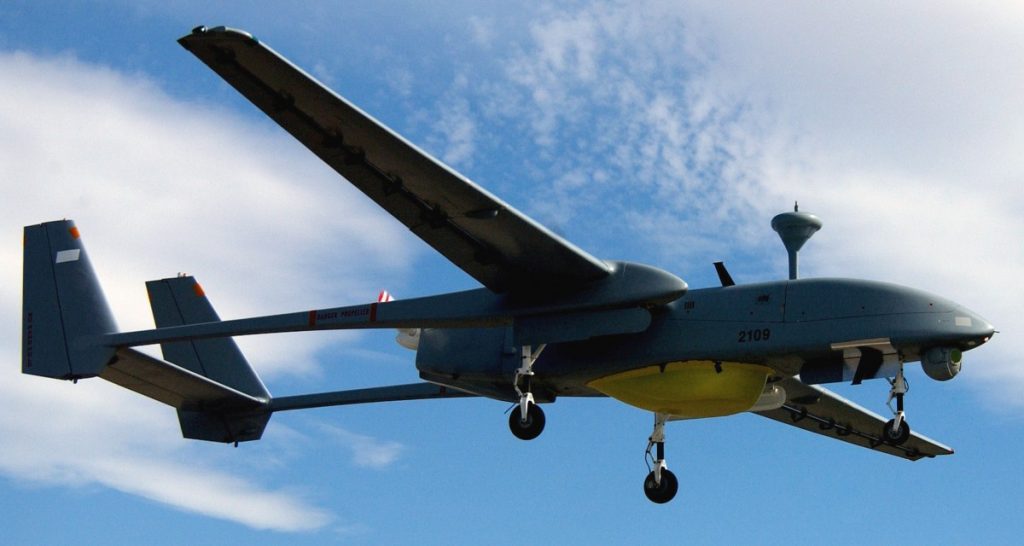 Reviving a decade-old project, MoD has also approved the emergency procurement of lightweight tanks, suitable for high-altitude conditions where the deployment of T-90s and T-72M1 main battle tanks is operationally cumbersome and transporting them to Ladakh by Indian Air Force transporters cost-prohibitive.

There is no denying that we are poised for a prolonged stand-off with the Chinese military, and regardless of how it pans out, the Indian troops will need to maintain a formidable and permanent presence along the LAC during and after the upcoming winter months. Viewed against this backdrop, the surge in procurement approvals is understandable, but it also raises more fundamental questions about defence planning.

Without amplifying the mortifying saga of Indian defence planning, its complications can be concisely thus summarised: there is – and has never been – an overarching planning organisation in the MoD capable of formulating financially viable and composite plans, including the military materiel procurement plans, and to oversee their implementation.

What we have instead are jerky, financially unviable, and disjointed plans for the armed forces and other organisations like the Border Roads Organisation and the Indian Coast Guard.

Logically, composite defence planning must encompass all the myriad organisations administered by the MoD, instead of being confined strictly to the services. This is the only way of ensuring that the plans are financially viable, and every organisation works in tandem to achieve the common goals.

The 13th five-year plan (2017-22) presented at the United Commanders’ Conference in July 2017, for instance, envisaged an outlay of Rs 26.85 trillion, excluding some important elements like the outlay on defence pensions which has doubled over the past one decade. This would have necessitated more than doubling of the defence budget to finance the plan which would be a virtual impossibility.

This was not the first instance of its kind. It is well documented that the 11th defence five-year plan (2007-12) got grounded because the outlay envisaged by the planners was much beyond what the Ministry of Finance (MoF) considered feasible. For the 12th plan, MoF’s consent was not even sought.

Thereafter, probably to give defence planning a fresh start, the federal government constituted a high-powered Defence Planning Committee (DPC) in April 2018, to facilitate the formulation of a comprehensive 15-year integrated perspective plan for India’s military.

Other than addressing defence diplomacy issues, the DPC was also tasked to prepare the National Security Strategy and a capability development plan, focussing on improving the military manufacturing ecosystem in India, defence acquisitions and overall infrastructure development.

The DPC was swift in setting up four sub-committees on policy and strategy, plans and capability development, defence diplomacy and defence manufacturing ecosystem. Regrettably, nothing has been heard from any of these committees since. That seemingly was the DPC’s last hurrah, after which silence has prevailed.

Chaired by the National Security Advisor, with the service chiefs, defence, expenditure and foreign secretaries as its members, and the Chief of Integrated Defence Staff as member-secretary, it was touted as a panacea for all ills besetting India’s defence planning.

But soon this was nudged aside by the newly appointed Chief of Defence Staff and the Department of Military Affairs he was to head. Hence, the CDS was now handed the responsibility of joint military planning in all its financial, operational, training, and organisational aspects. This, it seems, is still a work in progress.

Because of the defence establishment’s compulsive obsession with confidentiality, it is difficult to evaluate what the DPC has to show for its labours over the last two years. It is also not known what goals the previous and the current defence plans had set themselves and what was eventually achieved.

If anything, the current spurt in approvals for materiel procurement seems to indicate a panicky response to the military situation on the northern borders with China. Even basics like winter clothing seem not to have been catered for, and dependence on foreign vendors for these essential items continues apace.

Eventually, it may end up as a case of too little, too late, as delivery of a large proportion of the proposed weapon systems and platforms will take at least a couple of years to be completed; their induction and deployment thereafter will take even more time. This is a sad commentary on the state of defence planning.

Ironically, the procurement history of 1962, when India fought a disastrous border war with China and in 1999 when it battled Pakistan in the Kargil mountains, seems to be repeating itself, ably validating George Bernard Shaw’s quip: ‘If history repeats itself, and the unexpected always happens, how incapable must Man be of learning from experience.’

More worryingly, the procurements now being processed by the MoD, largely from overseas vendors or involving indigenous licensed manufacturing, could also restrict the financial space for future defence planning.

It is difficult, if not impossible for now, to tabulate the total cost of procurements approved over the past month as well as the recurring expenditure on transportation, habitation and winter stocking for additional troops being stationed in Ladakh. But there is little doubt that it will be astronomical, and without doubt necessitate an exponential hike in defence spending, far in excess of what has been the recent trend.

It is also not known if MoD has done its math, factoring in the long-term economic impact of the enduring COVID-19 pandemic on one hand and the rising cost of salaries and pensions on the other. In all likelihood, it has not.

Rhetorical claims that adequate funding will not be a handicap in the country’s defence preparedness ring hollow in face of the escalating gap between the requirements projected by the services and the actual allocation. Over the past decade, this has widened to Rs 1.03 trillion from Rs 230 billion, registering almost a fourfold hike.

In an unusual move in July 2019, the government opted to amend the terms of reference of the 15th Finance Commission by requiring it to address concerns over the inadequacy of funds for defence and internal security. 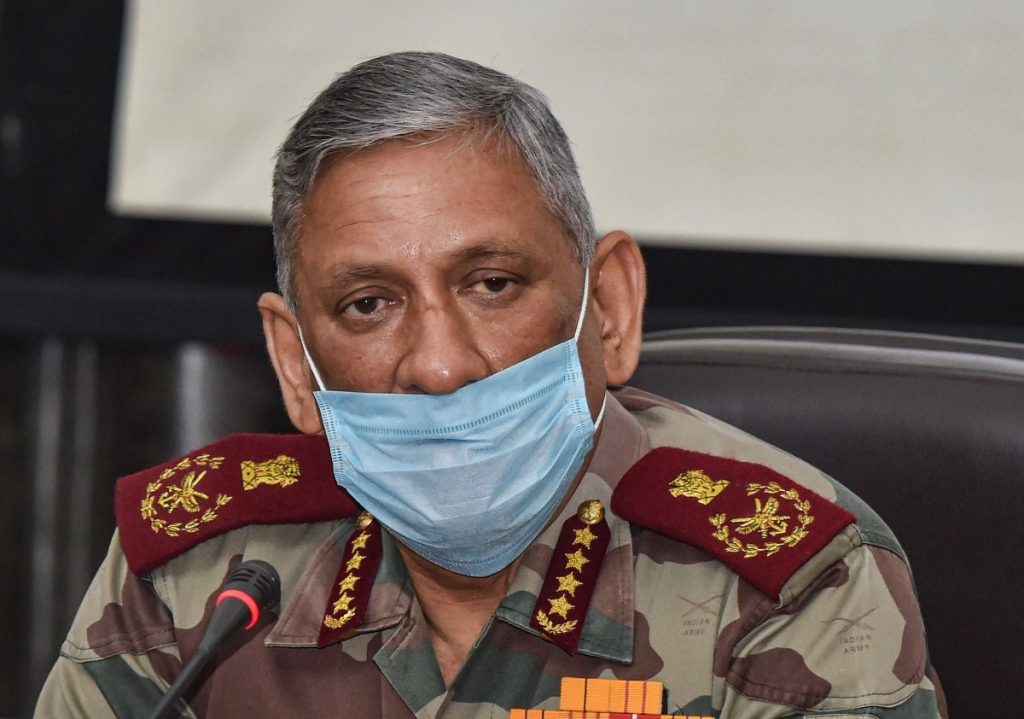 The Finance Commission’s constitutional mandate, however, is to recommend equitable distribution of tax revenues between the Union and the states, and further amongst the states themselves. Its remit by no means extends to advising the government on how to improve its revenues, which is what fundamentally besets defence planning.

The prevailing chasm in India’s military capability is so expansive and the armed forces’ requirement so enormous that no enhancement in outlay will ever be enough. At any rate, the extent of increase will always be circumscribed by the government’s ability to generate additional revenue primarily through taxation, borrowings, and disinvestment.

There is no shame in acknowledging that the government revenues will always be finite and susceptible to equally pressing requirements of other public sectors like health, education, and infrastructure. The unvarnished truth is that the government cannot allocate more funds for defence or other sectors if it simply does not have enough money to distribute.

This zero-sum game of resource allocation renders it difficult, if not impossible, to service defence plans premised on unrealistic financial assumptions. This reality cannot be wished away by making ostentatious promises of more funds for defence. Fine words butter no parsnips.