The foreign ministers of the two countries met on Thursday and came up with five principles to resolve the current crisis. 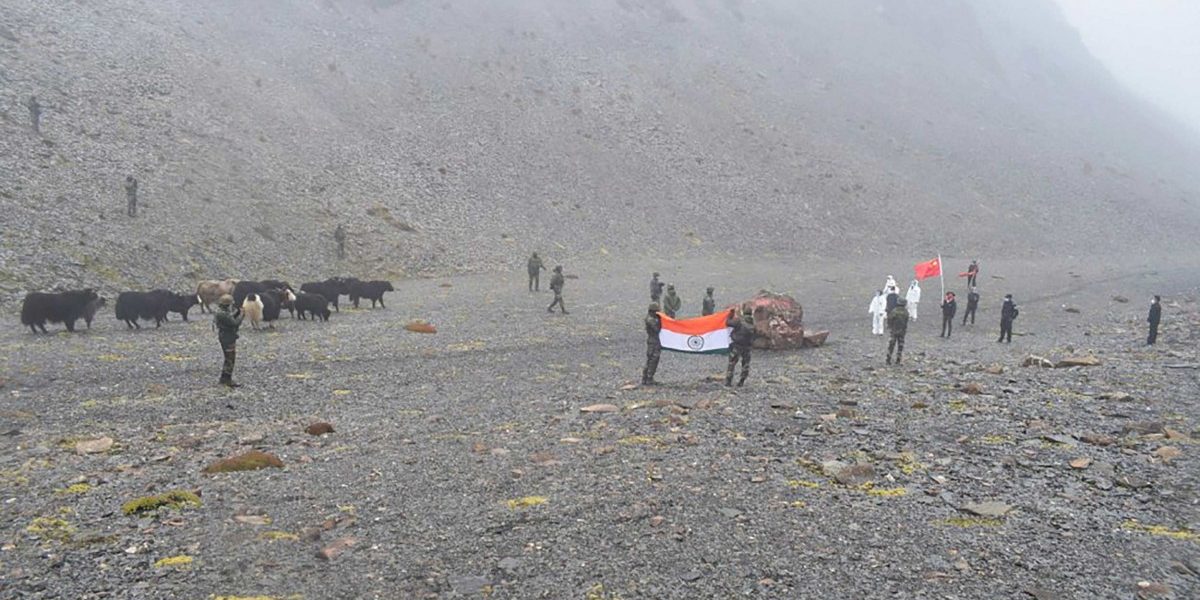 Indian Army handed over 13 yaks and four calves that strayed across the LAC on August 31, 2020, in East Arunachal Pradesh to China on Monday, September 7, 2020. Photo: PTI

New Delhi: The Indian Army has further bolstered its dominance over a number of strategic heights overlooking key Chinese-held positions around Pangong Tso lake area in eastern Ladakh, government sources told PTI. This happened even as brigade commanders and commanding officers of the two militaries held separate talks to cool tensions in the region.

In the early hours of Friday, India and China released statements detailing five guiding principles on resolving the current stand-off. This happened after the two countries’ foreign ministers met in Moscow. The consensus reached includes directions to border troops to continue dialogue, quickly disengage and maintain distance, as well as the need for new confidence-building measures.

Latest reports on the border situation on Thursday, however, suggested that situation at the Line of Actual Control remains tense, with heavy troop build-up on both sides. It is yet to be seen how soon the two governments’ statements translates on the ground.

PTI reported that additional reinforcements have been made in hill tops and strategic locations around Pangong Tso lake to keep a vigil on a Chinese-held position of Finger 4. The mountainous spurs in the area are referred to as Fingers. China has been holding on to Finger 4 to 8 on the north bank of Pangong lake, sources said.

Indian Express reported that Indian troops have also been deployed in large numbers to the Finger 3 ridgeline, on the north bank of Pangong Tso, as People’s Liberation Army build-up had increased there over the last 48 hours. About 2,000 Chinese soldiers had collected on the upper reaches of the ridge on Tuesday night, the newspaper reported.

The Finger 3 region has been an important site of contestation over the last few days, according to the newspaper. “Sources said Indian forces have been trying to get to the top of Finger 3, but are being prevented by the large number of PLA troops close to it. Indian troops, sources said, have made at least two attempts over the last few days to dominate the top of Finger 3, only to come up against a show of flags by PLA troops,” the Indian Express report said.

A government source told the Indian Express that there is less than 500 metres distance between the two armies. “Forces on either side are armed. All are within shooting range and the line of sight is clear on the upper reaches. The weather too is harsh during the night. The challenge is to keep the troops calm,” the source said.

The Indian Army has occupied several key heights in the strategically located Rezang-La and Reqin-La areas on the southern bank of the lake since the end of August.

Sources said the two armies held separate talks at brigade commander-level as well as between commanding officers in the general area of Chushul. “The focus was to bring down the temperatures,” said a source.

The Indian Army on Tuesday said Chinese troops attempted to close in on an Indian position near the southern bank of Pangong lake in eastern Ladakh the previous evening and fired shots in the air, a first such instance of bullets being used along the LAC after a gap of 45 years.

The Army said this in a statement after the Chinese People’s Liberation Army (PLA) late on Monday night alleged that Indian troops crossed the LAC and “outrageously fired” warning shots near the Pangong lake.

The incident of Monday evening was considered serious as the previous instance of shots being fired at the de-facto border was in 1975. Provisions of an agreement of 1996 and another signed in 2005 mandate the two sides not to use firearms during any confrontation.

MEA spokesperson Anurag Srivastava at a media briefing on Thursday reiterated India’s position that it is committed to resolve the current situation through peaceful negotiation. “Both India and China are in regular touch through diplomatic and military channels to resolve the situation. This was the consensus when the two defence ministers met,” he said.

The border situation deteriorated again after China reportedly unsuccessfully attempted to occupy Indian territory in the southern bank of Pangong lake on the intervening night of August 29 and 30.

India occupied a number of strategic heights on the southern bank of Pangong lake and strengthened its presence in Finger 2 and Finger 3 areas in the region to thwart any Chinese actions.

China has strongly objected to India’s move. However, India has maintained that the heights are on its side of the LAC.

The current stand-off reached its peak when 20 Indian soldiers died in a violent face-off with Chinese soldiers at Galwan valley on June 15.

Those deadly clashes had occurred 1.5 months after India had detected an inordinate number of Chinese troops positioned far beyond their usual patrolling limits at the LAC. While Indian and Chinese military commanders had drawn up a disengagement plan, the road to its implementation has been bumpy.

With the disengagement process stalled, Indian troops have been attempting to pre-empt possible Chinese movement by taking up dominating position on peaks on India’s side of the LAC.