'Two Steps Forward, One Step Back': The Chequered Story of India and China's Border Tensions

Not just in 1962, through the years, skirmishes between Indian and Chinese troops have been unique and have followed a pattern.

New Delhi: In the summer of 2017, while we were on our way to Bum La Pass, about 37 kms off Tawang in Arunachal Pradesh along the India-China border, two junior Army officers flagged down our vehicle. They needed a lift to the border.

The driver was happy to bundle them in. The road ahead was carpeted with snow and in the absence of iron chains, he only had a thick rope tied to the back wheels. He could do with some help if the car began to skid.

One of the officers who shared the back seat with me responded well when asked about their experience guarding the border with a country that gave India a drubbing in 1962. It was through Bum La, situated at over 15,000 feet, that the Chinese army is said to have entered India that year, and captured what was North Eastern Frontier Agency (NEFA) then, attached to Assam. The panic that it had generated is still not forgotten in my state, Assam. The tales of sufferings and deaths are still told in what is Arunachal today.

“This is a quiet border, nothing happens here. There is peace…has been like that for decades now,” the officer said.

The international border is indeed so peaceful that in spite of contested positions, hundreds of Indian tourists visit the Bum La border every year, click photos for their family albums and sip a cup of tea provided for free by the Indian Army.

I too was there as a tourist.

In October 1975 though, not far from Bum La, the Chinese had shot to death four Indian soldiers in an ambush during a routine patrol. The officer turned serious when I reminded him of it.

“Khatra toh hai (‘There is danger’),” he murmured, asking me in return, “Are you a journalist?” When he came to know that I was, silence dominated the journey till we reached Bum La.

Though the 1975 attack was officially the last time that fire was exchanged between the two nuclear neighbours over their contested border, what happened at Ladakh’s Galwan Valley on the night of June 15-16 was a hand to hand skirmish.

So when was such a skirmish between Indian and Chinese soldiers noted last?

The last such physical combat between the soldiers of the two countries took place in September 1967 at Nathu La Pass, on the Sikkim part of Indo-China border. Before it escalated into a full-blown clash using artillery guns, it was a hand to hand combat, claiming the lives of 88 Indian soldiers.

China is never known to announce the death toll of its troops; though many claim that about 300 Chinese soldiers too lost their lives in that conflict. 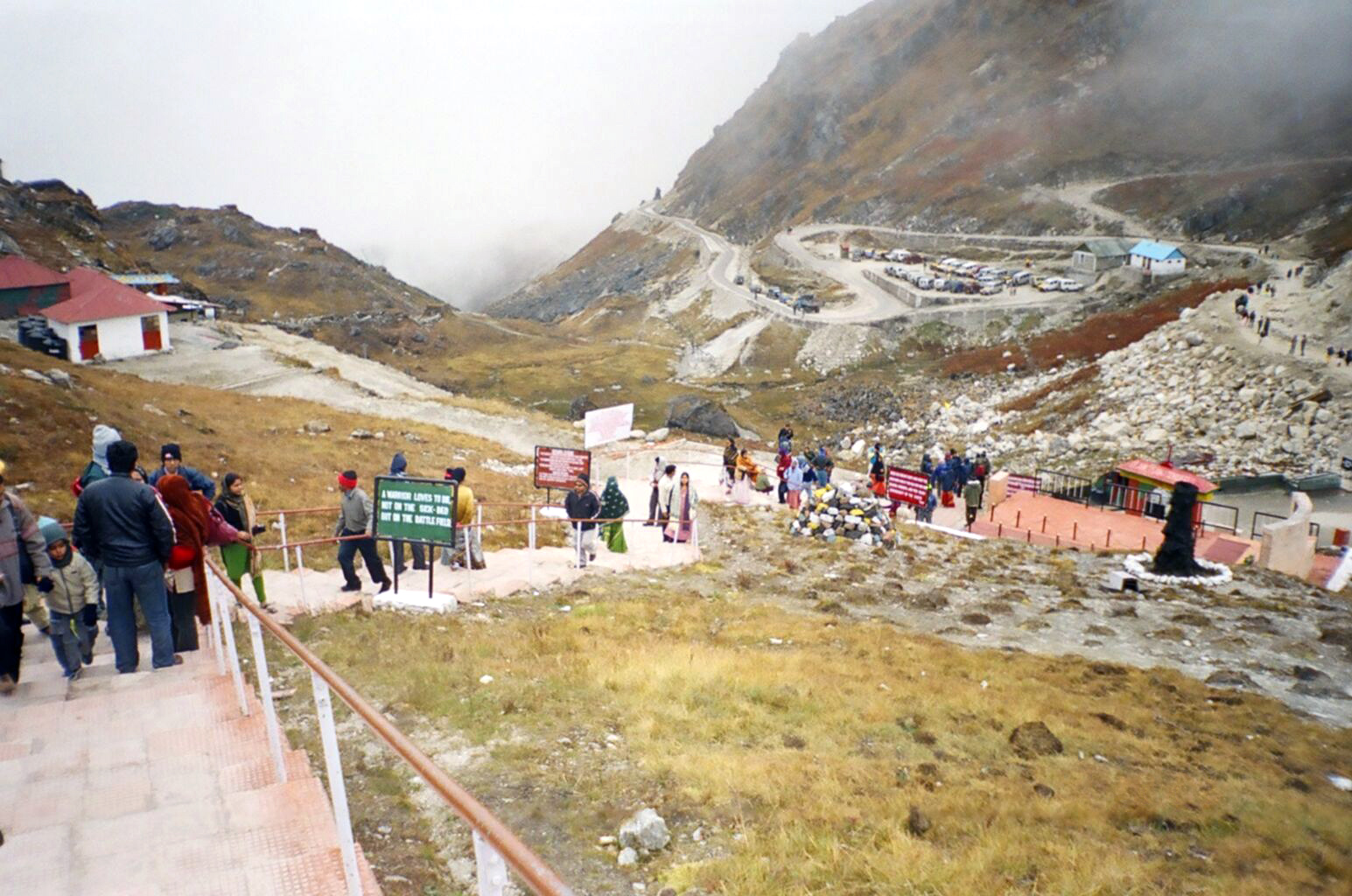 File Photo of the Indian side of the Nathu La Route. Credit: Wikimedia Commons/ambuj.saxena

The spark for that clash is said to be India’s decision to fence that part of the border with a three-layered barbed wire. Work had begun in mid-August in 1967, barely a few weeks before the confrontation occurred. The Chinese army continued to gather along that border to stall the work and lodged a complaint, in addition to the issue of a statement through the Indian embassy.

In that skirmish too, the Commanding Officer (CO), as in the Galwan clash, came under physical attack. The CO of the local infantry battalion was Lt. Col. Rai Singh. Even though physical fights and stone pelting had taken place between the two armies, work on the fencing had continued.

A report in Indian Express detailing that skirmish had said, “The corps commander had ordered the fence to be completed on September 11. That day, as work started, the Chinese came to protest, led by the Political Commissar. Lt. Col. Rai Singh went out to talk to them. Suddenly, the Chinese opened fire, and Singh fell to the ground, injured. Seeing their CO hit, the infantry battalion attacked the Chinese post. But they suffered heavy casualties, including two officers, who were both given gallantry awards. Soldiers in the open were mowed down by Chinese machine gun fire.”

The Indian side responded with gunfire aimed at the Chinese posts, which claimed the lives of many of their soldiers. Finally, peace prevailed and the Chinese handed over the bodies of the Indian soldiers.

“On October 1, another skirmish erupted at Cho La, but the Indians again repulsed the Chinese,” said the news report.

Eight years later, yet another confrontation

As mentioned above, four soldiers of Assam Rifles were killed by Chinese army in an ambush in Arunachal Pradesh’s Tulung La I Pass in Tawang district on October 20, 1975. The Indian Army could recover the bodies a week later.

While India at that time accused the Chinese army of crossing the Line of Actual Control (LAC) and launching the ambush, the Chinese side alleged that the Indian Army crossed over and fired at one of its border posts. 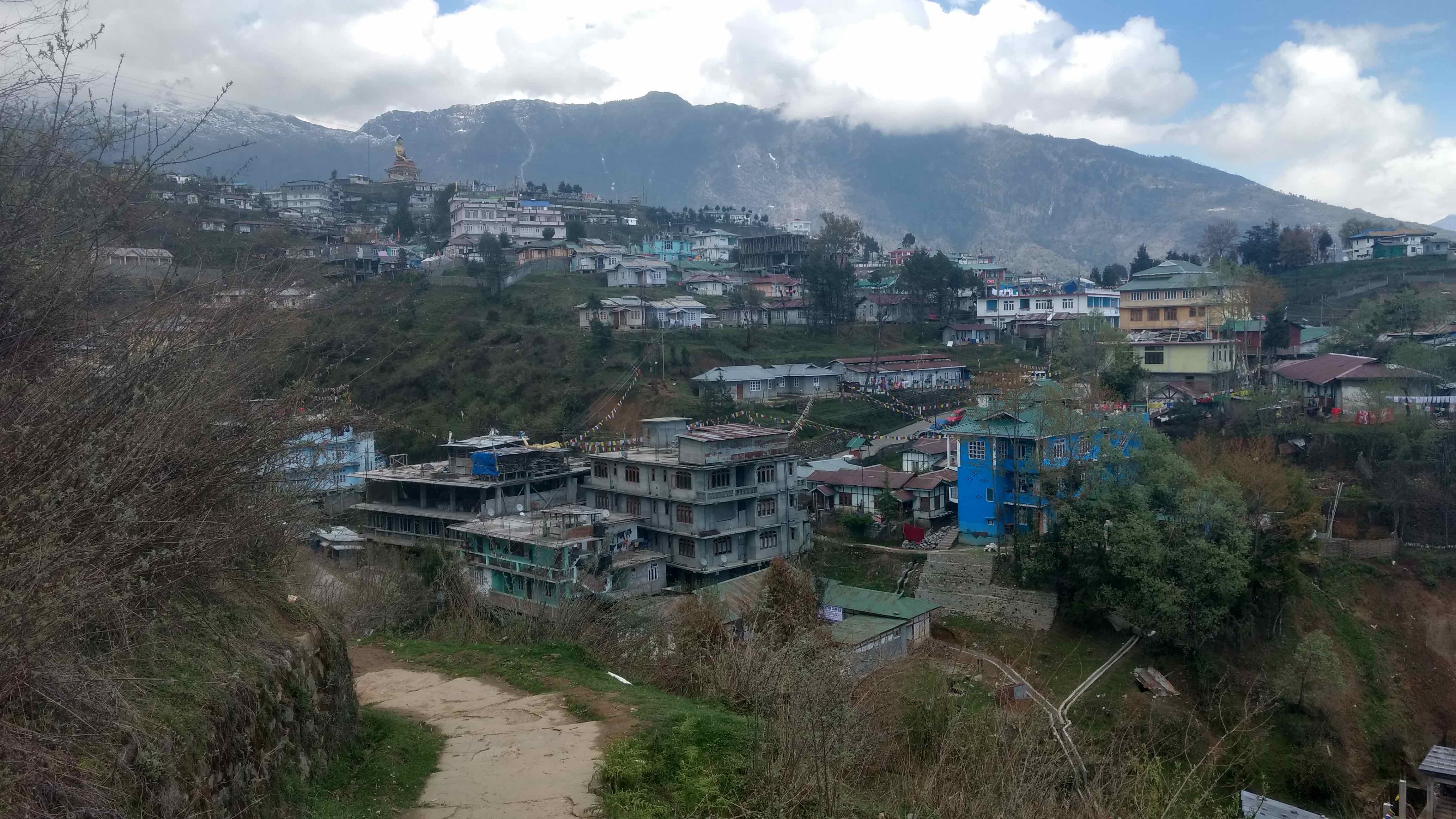 A recent report in The Hindu mentioned the incident:

“A US State Department cable from 1975 noted India’s view that the ‘Chinese ambush was sprung 500 metres south of Tulung La’ and took place on Indian territory. It quoted a senior Indian military intelligence officer as saying on November 5 the border there was very clear, marked by a distinctive shale cliff.

“He said China had moved up a company to the pass and detached a platoon which erected stone walls on India’s side of the pass, and from there fired several hundred rounds at the patrol. Four of the patrol had gone into a leading position, while two others, who escaped, had stayed behind. The officer said the patrol was routine and had been in the area several times before.”

The report pointed out that the cable “noted” that “China had used the pass during the 1962 war as a channel to send its troops down to Bomdi La, (situated 176 km towards the Assam-Arunachal border) to defeat the Indian resistance there to their offensive.”

In 2014, in a blog, noted defence analyst Ajai Shukla wrote,

“Beijing and New Delhi have long recognised the danger of hot-headed tactical commanders triggering crises through patrol confrontations on an unregulated border. Since 1993, they have negotiated a series of agreements detailing procedures to ensure a peaceful border. The first of these, the Agreement on the Maintenance of Peace and Tranquillity along the LAC, signed in September 1993,is often referred to as the ‘mother agreement’.”

These agreements specify the standard operating procedures when the patrol teams of both the armies “come face to face, including unfurling of a large banner to inform the other patrol (in two languages) that it has intruded.”

In 1987, the armies of the two countries registered yet another build-up to military conflict

This occurred in Sumdorong Chu Valley in the Tawang district of Arunachal Pradesh. In the early 1980s, then Prime Minister Indira Gandhi had reportedly approved a plan of the then Chief of Army Staff Gen. K.V. Krishna Rao on improving the Army’s strategy in deployment of forces along that border. It was taken forward by his successor, Gen. K. Sundarji in 1986.

The Army launched Operation Chequerboard to check now fast the Indian Army based in Assam could be in a combative position on the Indo-China border along Arunachal. The movement of troops alarmed the Chinese. They too moved their forces.

New Delhi, by the end of 1986, also declared Arunachal Pradesh as a state, which further made the Chinese suspicious. However, through the diplomatic route, the building up of the confrontation along that border was thwarted by India. It dispatched then Minister of External Affairs N.D. Tiwari to Beijing to deliver the message that India has no intention to intensify the situation.

A formal flag meeting took place at Bum La on August 5, 1987. In 1988, Tiwari’s gesture was firmed up by the new Prime Minister Rajiv Gandhi with a visit to Beijing.

The 72-day standoff was triggered by China extending a road on the Doklam plateau which was opposed by Bhutan. India came into the picture in support of Bhutan’s claim to the territory.

In a recent interview to The Wire on the Galwan clash, Shivshankar Menon, former National Security Advisor (NSA) and former ambassador to China, drew a similarity between what happened in Doklam and what was unfolding in Ladakh.

Menon said, “My worry with the silence that we are hearing on both sides is that we may be seeing the same Chinese playbook that we had seen before when they had attempted two steps forward and one step back, leaving them with the net gain of one step and leaving the other side with the ability to claim victory to say, see we got them to step back.”

Also watch: ‘This Could Be Massive Escalation by China to Fundamentally Alter Status Quo’: Former NSA

What the China expert and former Indian foreign secretary meant was, while both sides withdrew finally from Doklam but China occupied the rest of the Doklam Valley and “has since then built 36 structures, three helipads and a number of metal tarred roads.”

Menon rightly expressed his concern that “they (the Chinese) drew a very different lesson from Doklam in 2017 from the one that is perhaps our commentators have drawn.”

On June16, after the violent clash with Indian troops that has so far claimed 20 lives on Indian side, the Chinese seemed to have done something similar. A Chinese military statement claimed “sovereignty” over the entire Galwan Valley, something that the China never did directly for decades.