India and China May Have 'Disengaged', But the Galwan Intrusion Will Leave a Mark

Multiple intrusions give the PLA bargaining chips – pulling back from some intrusion sites while retaining strategic enclaves like the Galwan River Valley. 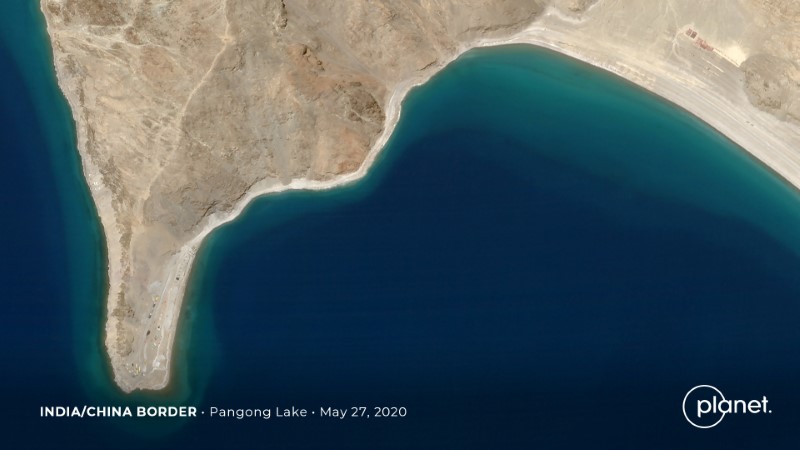 The strategic significance of Galwan River Valley (GRV), the heights on either side that dominate it and the Shyok river that Galwan river flows into was exemplified in 1961, when India first occupied it and established an Army post which would become the first post the Chinese People’s Liberation Army overwhelmed in the 1962 war in the west.

In September 1961, after a Central Reserve Police Force patrol group was ambushed by the PLA at Kongka La, the Intelligence Bureau issued an alert to hold unoccupied areas between Spanggur and Pangong Lakes. Galwan was occupied on July 5, 1962 by moving 4/8 Gorkha Rifles from Hot Springs along GRV to occupy a post overlooking the Galwan river. On July 8, the Chinese issued a protest note, followed on July 10 with military action.

Nearby was a Chinese post at Samzungling, which was then reinforced and a PLA battalion surrounded the platoon of Gorkhas which was also strengthened with detachments of 5 Jat. The post had to be aerially maintained till it was overrun in November 1962.

In September 1961, PLA reacted violently to the Gorkha post at Galwan as it blocked their ingress through GRV towards Shyok. Now India has built a strategic road across Shyok to Daulat Beg Oldie (DBO), which blocks PLA from moving west towards areas between Chushul and DBO. Not just that, India has built feeder road to GRV which will enable it to defend Galwan heights where there were no Indian troops at the time of current intrusions. The Indo-Tibetan Border Police used to patrol the area, but there are no permanent defences.

Also read: India-China Tensions: Betting on a Quick Return to Status Quo Ante Would Be Hazardous

Anecdotal evidence suggests that one Ghulam Rasool Galwan, who was a trekking guide, used to accompany European missions exploring Tibet, the mysterious roof of the world, a euphemism for spying. He discovered the route from Shyok along GRV to Kongka La Pass, and folklore has it that the river came to be known  Gallowan after him. The legendary Francis Reginald  Younghusband used him as a guide on several missions.

The above account would suggest that China reacted violently to Indian military activities in Galwan in 1961-62. After the war, it extended its claim lines further west. But over time, it turned out into uncontested area on the Indian side of the LAC, where no dispute or standoff has occurred for the last two decades at least. By the latest multiple intrusions on May 5, the PLA had crossed its own claim line in GRV, plonking its defences 2 km from India’s BO Road at the confluence of Galwan and Shyok rivers and the heights around it.

The PLA has decided to obstruct the road construction activities of the strategic highway from Darbuk to DBO, as it now dominates the road from Galwan heights, and may have done a Pakistani Kargil in Ladakh. Home minister Amit Shah’s vow in parliament in August 2019 after the nullification of Article 370 that India will retake Pakistan-occupied Kashmir and Aksai Chin, has made the PLA frisky. It has not forgotten how Indian troops prevented it from road construction in Doklam in 2017 and forced it to disengage from the face-off site due to the BRICS summit in Xiamen in September that year. Now it has no political compulsion to call off its carefully orchestrated challenge.

After five rounds of military dialogue, India hailed the results as de-escalation coupled with disengagement from points of intrusion – patrolling points 14, 15 and 17 in GRV; North Bank Pangong; and Chushul. The Chinese have maintained a studied silence on troop relocation, except to say both sides are taking action to ease tensions. There is no joint statement on what has been agreed upon.

The first official admission of intrusions came from defence minister Rajnath Singh, who said: ‘This time, Chinese have come in in good strength.” Last Saturday, chief of army staff General M.M. Naravane told journalists in Dehradun: “I would like to assure you that entire situation along our border with China is under control, both sides disengaging in a phased manner starting from North in GRV where a lot of disengagement has taken place.”

Also read: There is a Global Dimension to the India-China Confrontation in Ladakh

A word about terminology. The bottom line in any intrusion is that it has to be vacated (or evicted). Occupants of intrusion can disengage, deinduct, withdraw or pull back till the intrusion is vacated in its entirety, beyond the LAC. De-escalation defines reduction in tension. The disengagement described by General Naravane refers to troops and military material thinning out without vacating the intrusion. For example, you can dismantle a few tents, reduce troops and pull back boats and vehicles. Also heavy weapons like guns and tanks. The Chinese may indeed have done a lot of disengagement from GRV where they were reported to have occupied the valley floor and heights with a brigade – and still continue manning the intrusion.

Multiple intrusions give the PLA bargaining chips – pulling back from some intrusion sites while retaining strategic enclaves like GRV. This is what former NSA Shivshankar Menon has called China’s ‘two steps forward, one step back’ policy. The only way India could have countered this strategy was to do a tit for tat. But the use-by date for this is long over. Even while disengaging, PLA will consolidate their Galwan intrusion. If and when they vacate, it will be at a price.

Either way, Ghulam Rasool Galwan will have the last laugh.