The two countries also agreed to avoid 'unilaterally' changing the situation on the ground. 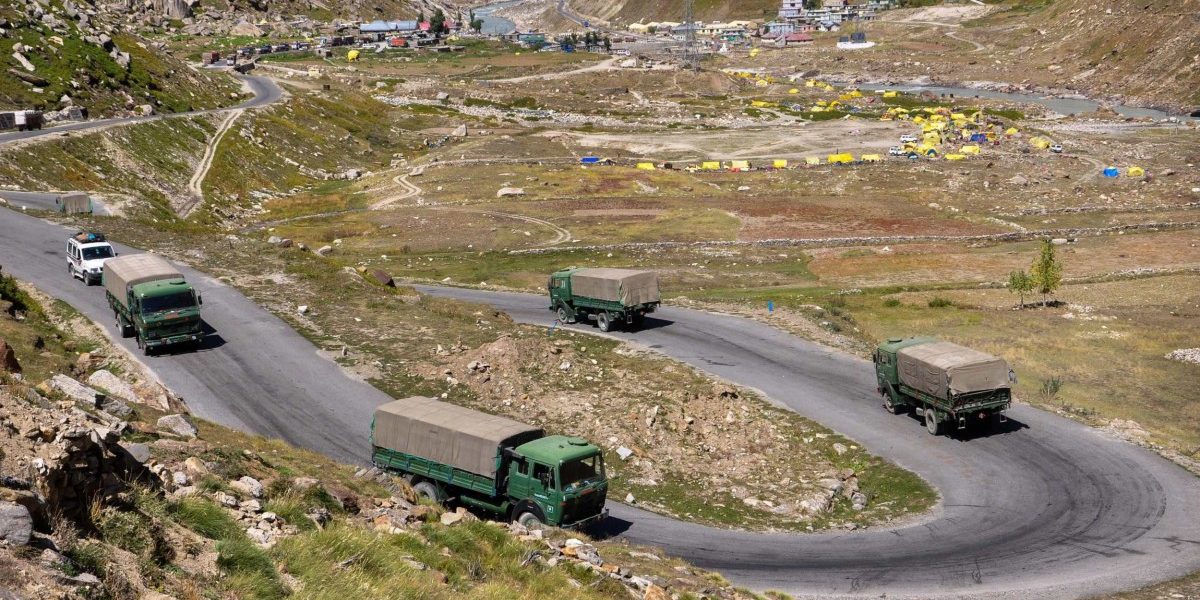 An army convoy carrying military material on its way to Ladakh amid border tension with China, at Manali-Leh highway, September 20, 2020. Photo: PTI/Files

New Delhi: A day after India and China held the sixth round of senior commanders meetings, both sides issued a joint press release that they have agreed not to add more troops to the frontline and avoid “unilaterally” changing the situation on the ground.

On Monday, Indian and Chinese corps commanders met at Moldo on the Chinese side of the Line of Actual Control. This was their first meeting after the foreign ministers had met and agreed on five principles at Moscow, which is supposed to guide the resolution of the ongoing military stand-off in eastern Ladakh.

The Indian delegation was led by Lt Gen Harinder Singh, the commander of the Leh-based 14 Corps of the Indian Army, while Chinese side was headed by the top military officer from South Xinjiang military region. For the first time, a senior official from the Ministry of External Affairs, joint secretary (East Asia) Naveen Srivastava, was also sitting in on the talks.

In another first, a joint press release was issued after the talks late on Tuesday evening. In earlier rounds, both sides had given their separate assessments of the outcome of the meeting.

According to the press release, India and China agreed to:

The key takeaway seems to be that India and China have agreed not to add any more manpower to their frontline troops.

While the joint statement mentions that the two countries have agreed to refrain from unilaterally changing the situation on the ground, there is no mention of a reversal to the status quo in April, before Chinese troops poured into eastern Ladakh.

As per some estimates, Chinese troops have occupied at least 1,000 square kilometre of area in the region which is claimed by India following the stand-offs at Galwan, Hot Springs, Depsang and Pangong Tso lake.

Today’s joint statement made no specific mention of a timeline for the disengagement process.

In the separate press release issued after the foreign ministers’ talk, India had stated that the “immediate task is to ensure a comprehensive disengagement of troops in all the friction area”.

Meanwhile, the two side have agreed to hold the next round of military commanders talks “as soon as possible” and “take practical measures to properly solve problems on the ground, and jointly safeguard peace and tranquility in the border area”.

Since early May, Indian and Chinese troops have been involved in a stand-off at multiple points in eastern Ladakh. The lowest point in the crisis was the killing of 20 Indian soldiers in a violent face-off at Galwan valley on June 15. This month, there have been more tense stand-offs at Pangong Tso lake’s southern bank, which led to the firing of shots at the Line of Actual Control for the first time in decades.