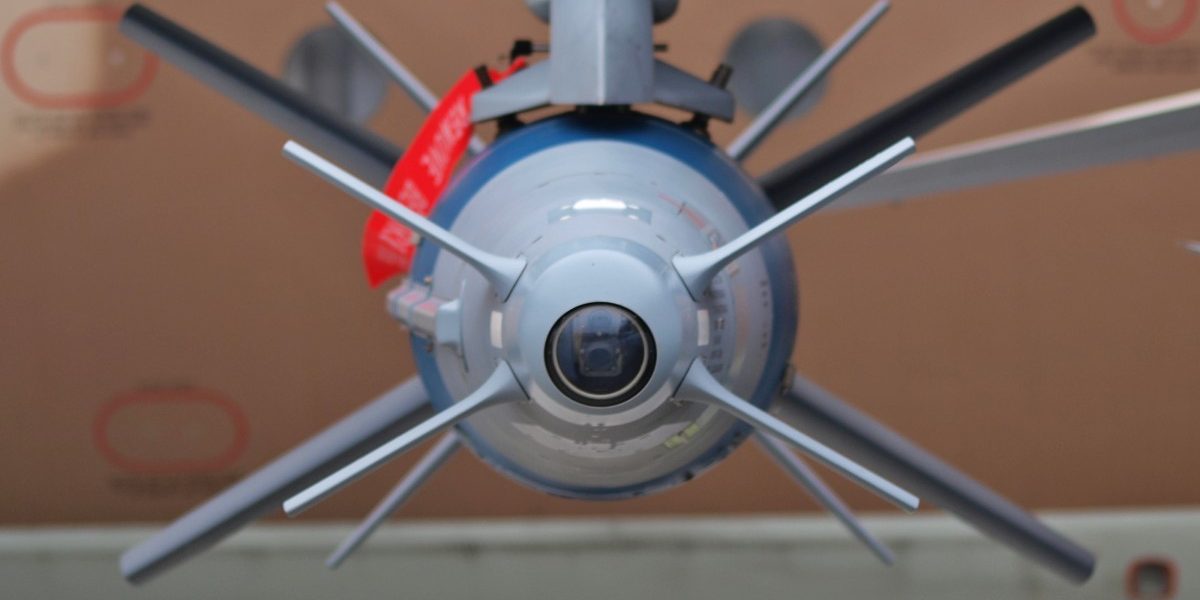 Chandigarh: India has signed a secretive $200 million deal for assorted Israeli materiel, similar to innumerable defence-related procurements it has previously sourced from Tel Aviv following the establishment of formal bilateral diplomatic relations between the two countries in early 1992.

In an anodyne press note, Israel’s Rafael Advanced Defense Systems declared on December 23 that it had concluded a contract with ‘an Asian country’ to provide it bomb guidance kits, anti-tank guided missiles (ATGMs) and software-enabled radios, but declined to identify its customer or further elaborate.

According to Jane’s, the latest SPICE and other procurements were executed under the Indian Ministry of Defence’s (MoD’s) specially instituted ‘emergency’ equipment acquisition provisions to meet urgent operational requirements impelled by the enduring military standoff with China, along the disputed Line of Actual Control (LAC) in eastern Ladakh. The delivery of all three items would be completed by early 2021, Jane’s added.

Other than the radios, the bomb kits and the ATGMs were repeat orders from Rafael, executed equally surreptitiously in 2019. At the time India had acquired 260 Spike ATGMs and 12 launchers for the Army, alongside 100 Spice kits for fitment onto the IAF’s upgraded Mirage-2000H fleet. These buys were also executed under similar ‘emergency’ procedures, aimed at bypassing cumbersome MoD procurement measures to summarily make good continuing critical equipment shortfalls in all three Indian services.

These pressing deficits include force multipliers like unmanned aerial vehicles (UAVs), assorted missile and air defence systems, varied advanced sensors and radars, avionics technology and precision guided munitions (PGMs), amongst other such niche equipment, all of which India has increasingly sourced from Israel in recent years.

Consequently, over the past three decades India has steadily emerged as Israel’s largest military customer, having sold it diverse equipment, or entered into collaboration to indigenously manufacture it, worth an estimated at $6-7 billion between 2009-18. This makes Israel the country’s third largest armaments provider after Russia and the US.  These weapon sales, however, have increased significantly after Prime Minister Narendra Modi’s Bharatiya Janata Party (BJP) government assumed office in 2014, with Tel Aviv signing military contracts with India worth $715 million alone in 2017, according to official sources. Modi was also the first Indian prime minister to visit Israel in July 2017. 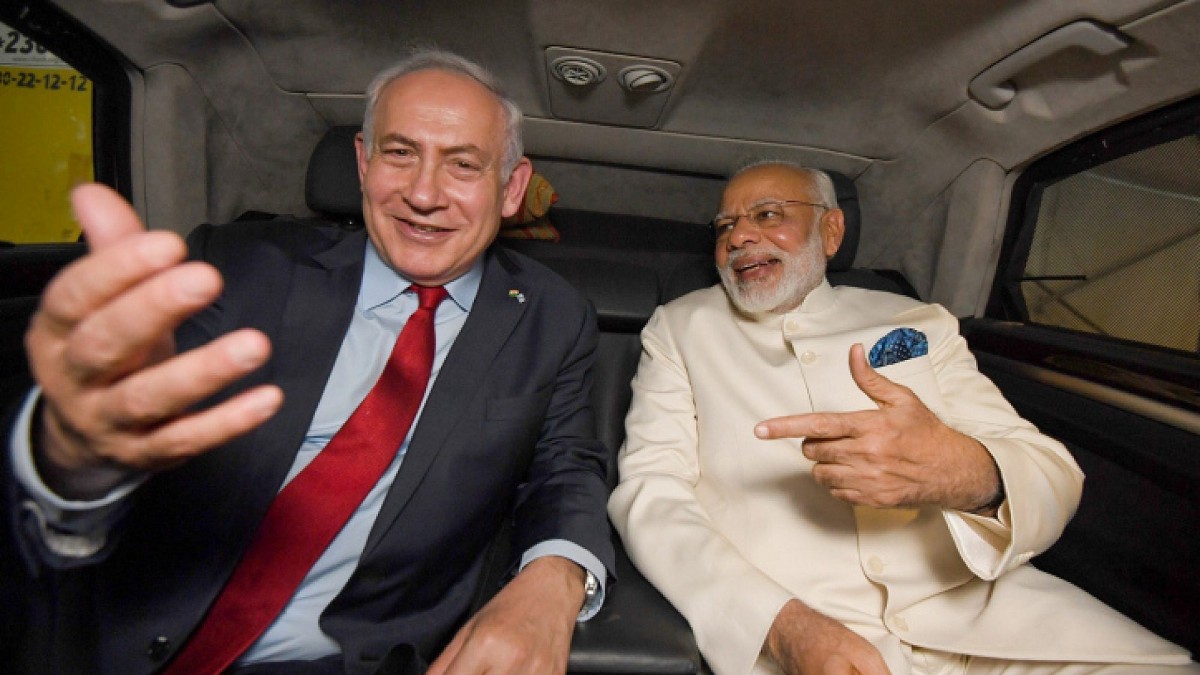 But despite this rapidly proliferating strategic and military association that has emerged as Israel’s most significant in Asia, it is one that remains deeply shrouded in secrecy, operating in an undefined smoke-and-mirrors environment. Israel instinctively goes to great lengths to play down this strategic freemasonry with India, while the latter responds similarly, for fear of straining ties with Arab states and Iran – upon whom Delhi depends for nearly 70% of its hydrocarbon imports.

And though the diplomatic, political and security environment has changed recently in West Asia, with states like the United Arab Emirates (UAE) establishing formal ties with Israel, and even Saudi Arabia making overtures to Tel Aviv, Delhi continues to pursue a cloak-and-dagger approach to all bilateral military, materiel procurement and intelligence issues with Israel. Reciprocal visits to Delhi and Tel Aviv by defence, security and intelligence officials, Defence Research and Development Organisation (DRDO) technicians and scientists and armament company executives too remain strictly under wraps as does all bilateral military commerce.

Before 1992, Israel reportedly assisted India stealthily, providing it limited military aid and weaponry during its brief, albeit disastrous war with China in 1962 with an Israeli general turned diplomat, David Shaltiel, visiting Delhi surreptitiously in 1963. Israel provided similar, albeit limited assistance during India’s subsequent conflicts with Pakistan in 1965 and 1971, largely through ammunition supplies. Clandestine ties continued thereafter with senior Indian security officials travelling to Israel via Cyprus – as no direct air links between the two countries existed-to ensure that their passports would have no record of their visit.

But the disintegration in the early 1990s of the Soviet Union, India’s longstanding ally and principal weapons supplier was a turning point in Delhi’s military ties with Israel. Crucial supplies of arms and spares for military equipment either ceased or were interminably delayed, as overnight numerous suppliers found themselves located in independent neighbouring republics that were inimical to Moscow. Consequently, India was compelled to consider alternate materiel sources at a critical period that coincided with the eruption of the Kashmiri insurgency in late 1989.

The establishment of official diplomatic ties with Israel in January 1992 under Prime Minister Narasimha Rao enabled both sides to fast track their strategic and defence relationship based on mutual security and commercial interests. Israel, for its part, rightly perceived a lucrative commercial opportunity, while India looked upon Tel Aviv as a reliable materiel provider, especially of varied ammunition and missile systems which India’s military badly lacked and still does.

Nonetheless, it still took another six-odd years and the BJP’s ascent to power under Prime Minister Atal Bihari Vajpayee for Israel’s defence machinery to definitively establish itself in India, second only to the Russians and thereafter to the US and France. Being a ‘closet’ nuclear weapon state, Israel’s decision not to condemn India’s May 1998 Pokhran nuclear tests also helped considerably, further endearing Tel Aviv to Delhi.

However, it was India’s 11-week long Kargil war with Pakistan in 1999 that catapulted Israel’s defence industry to centre stage domestically. As the seriousness of the deadly conflict unfolded, commercially savvy Israel dug deep into its military reserves to supply India high-end hardware especially badly-needed 155 mm howitzer rounds for its Bofors guns, laser-guided munitions and other ordnance that contributed largely to the Pakistan Army vacating the mountainous regions siege and ending hostilities.

Soon after, Israel began claiming its dues in materiel sales and continues to do so, prospering greatly in the process.

Israeli expertise in upgrading Soviet-era fighters like the MiG-21, that formed the backbone of the IAFs combat fleet, and manufacturing a range of anti-tactical ballistic missile systems, electronic warfare (EW) and communication equipment, radars and sensors excited India, resulted in multiple contracts.

Israel has also provided avionics, radars, and missiles for a range of top-end IAF fighters like Russian Sukhoi Su-30MKI, French Mirage-2000Hs, Anglo-French SEPECAT Jaguars and even the indigenously developed Tejas Light Combat aircraft, amongst other platforms like helicopters and naval systems too exhaustive to tabulate.

Alongside, the Indian military exhibited interest in the Israel Defense Forces’ successful warfare strategies and concepts, particularly with regard to countering armed insurgencies. Intelligence sharing on terrorism issues also proliferated as did Israeli military training assistance to India’s Special Forces. The belief that Israel and India shared similar, but un-publicised security concerns over threats posed not only by a nuclear-weapon capable and increasingly radicalised Pakistan, further cemented bilateral security and military ties.

Israel is also believed to have provided India with counter-terrorism assistance to help it deal with the Kashmiri insurgency in the early 2000s. It made available over a dozen technical teams to assist India in augmenting its border intelligence gathering capabilities, in addition to anti-terrorism counter measures like upgraded border fencing, ground sensors and handheld thermal imagers for use by army and paramilitary border guards.

Senior military officers, since retired, who had interacted with their Israeli counterparts whilst in service said that Tel Aviv’s argument was that Delhi, like Israel, was surrounded by hostile neighbours and hence needed desperately to strengthen and bolster its security apparatus via enhanced cooperation with Israel.

Furthermore, these officers said Israel marketed itself as a country offering a wide range of battle-tested, new and upgraded materiel, in many cases of US origin, the technology for which could easily be transferred to India as it was not subject to international arms control regimes. Over years, this reasoning had found an echo in Delhi’s political, strategic and military circles and defence equipment contracts had progressively proliferated like the latest one with Rafael.

“Israel has always been a ‘no-questions-asked supplier’; it transfers even its most advanced technology without placing limits to its use,” said Harsh Pant and Ambuj Sahu in a detailed analysis, ‘Israel’s Arms Sales to India: Bedrock of a Strategic Partnership’, for the Observer Research Foundation in September 2019.

Some of the Israeli technologies utilise US components because of which the US has veto powers over the sale of those technologies, the two authors point out. But with improving strategic understanding between Delhi and Washington more such technologies are likely to be transferable in the future they declared. Hence, these factors make Israel a potential ‘all-weather’ defence partner for India, they added.

In short the India-Israel symbiotic defence relationship grows, but between the lines.