IAF's Claim About Indigenisation Raises More Questions Than Give Answers

Experts said it was surprising that the IAF continued to import tyres and batteries for its fighters and helicopters for decades despite an advanced domestic vehicle manufacturing industry. 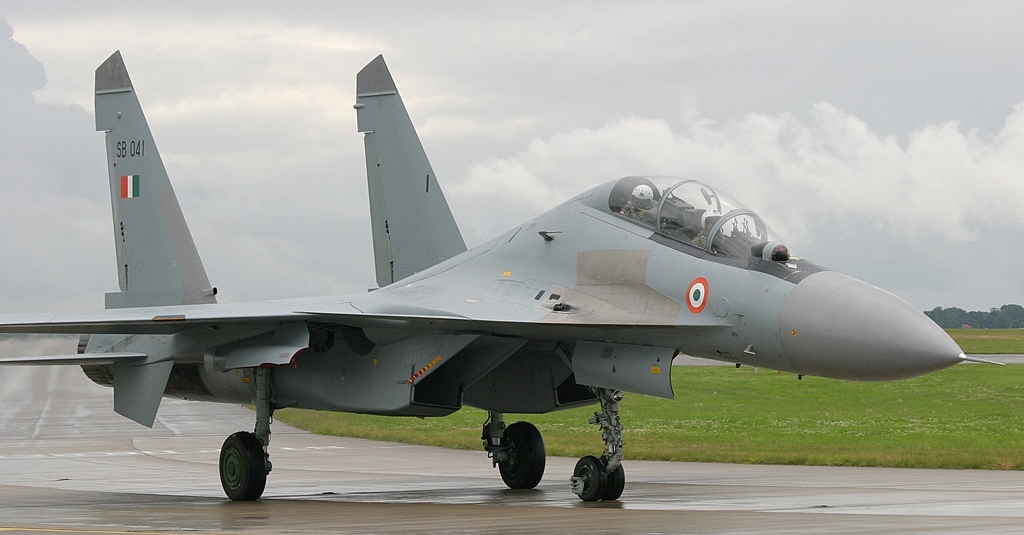 Chandigarh: The Indian Air Force (IAF)’s recent claim that it was in the process of ‘indigenising’ tyres and batteries for its Russian Su-30MKI fighter fleet and Mil Mi-17 ‘Hip’ helicopters is reminiscent of an earlier assertion by the Ministry of Defence (MoD) of having locally developed an assortment of military-grade nuts, bolts, screws and washers.

Air Marshal Vibhas Pande, who heads the IAFs Maintenance Command in Nagpur, declared earlier this week, that the force planned to domestically manufacture tyres and batteries over the next three years for its ‘critical’ aircraft and to scrap all such imports.

The three-star officer told reporters at a seminar in Pune on July 20 that the IAF had also developed the technology to re-tread tyres for the IAF’s Soviet-era Ilyushin Il-76 ‘Gajraj’ strategic transport aircraft, which were inducted into service 1983 onwards, and that the expertise was being employed ‘effectively’. He added that the IAF’s maintenance command had achieved 95% self-reliance in sourcing spares locally for various platforms as part of the MoD’s ‘Make in India’ initiative, thereby effecting savings of Rs 600 crore, but declined to elaborate.

Air Marshal Pande’s hyperbolic claim rivalled that of the MoD’s December 2021 brag that it had indigenised some 2,500 assorted items under its atmanirbharta (self-reliance) policy of indigenising defence equipment requirements for the Indian military. Other than the aforementioned nuts and bolts that were part of this catalogue, the MoD list included gaskets, pins, hoses, sealing rings, rivets, clamps, plugs, elbows, valves, nozzles, pipes and jets for fitment onto miscellaneous defence kits.

In some instances, different sizes of the same item were listed separately to stretch this inventory. Amusingly, different types and sizes of sealing rings accounted for more than 200 items as part of the MoD’s much-touted indigenisation plans, in what was obviously an elaborate public relations endeavour to broadcast its avowed aims and ambitions to further its Atmanirbhar Bharat policy to secure self-sufficiency for the country’s defence equipment needs.

“Boasts by the IAF of having indigenised tyres and batteries for fighters and transport aircraft and helicopters were ironic and laughable, as the force had formed its dedicated Indigenisation Directorate around 2007 and followed it up with more grandiose announcements in early 2016 with a much-hyped Indigenisation Roadmap,” said a senior IAF officer. All these were relatively low-tech items which should have been indigenously developed and produced long ago to reduce import dependency but were not, he regretfully added, declining to be named as he was not authorised to speak to the media.

Many said that for the IAF and the MoD to continue importing tyres and batteries for its fighters and helicopters for decades, despite an advanced domestic vehicle manufacturing industry was ‘surprising’, to say the least. But having remedied this belatedly, they stated that there was little need to stridently publicise such marginal developments, especially at a time when the IAFs dependence on importing spares and subsystems for its Russian-origin platforms endured, but was severely hobbled by embargoes following US-led sanctions on Moscow for invading Ukraine in a brutal military campaign that continues.

These punitive sanctions had jeopardised the procurement of spares and sub-assemblies for the IAFs Su-30MKI’s and MiG-29 UPG fighters, IL-76 and Antonov An-32 ‘Cline’ transporters, Mil Mi-17 variants and Mil Mi-25/35 ‘Hind’ attack helicopters, alongside a host of other Russian equipment and ordnance. And though the IAF maintained that it had ‘adequate’ reserves of spares and line replaceable units for these platforms to last out the next 12-14 months, it would need to take drastic measures thereafter, to either source them domestically or, at a stretch, find alternate suppliers overseas. This remained critical for the IAF to maintain operational readiness at a juncture when India faced persistent Chinese military aggression along its disputed Himalayan border in eastern Ladakh.

Meanwhile, Air Marshal Pande’s announcement regarding the IAF finally managing to indigenously obtain tyres for Su-30MKIs and Il-76s and batteries for Mi-17s was somewhat curious and indicative of the glacial pace of the MoD’s atmanirbharta programme. These projects, alongside 18 other airborne systems and equipment were first announced by the IAF in its 10-year Indigenisation Roadmap in 2016. And, what is even more remarkable is that it took another six years to achieve this relatively basic goal with assistance from private manufacturers, despite the MoD’s loud proclamations of furthering atmanirbharta and losing no opportunity to flaunt it, however trifling.

According to this Roadmap released by then Air Chief Marshal Arup Raha, the Su-30MKI tyres were outsourced to the Madras Rubber Factory or MRF, in Chennai, the aircraft batteries to HBL Power Systems in Hyderabad and the technology to re-tread Il-76 tyres to the Elgi Rubber Company in Coimbatore. All three programmes were under IAF supervision, collaboration and oversight.

The remaining 19 items catalogued in the ‘Roadmap’ comprised radar warning receivers, counter measuring dispensing systems, mission computers and multi-function displays for Su-30MKIs, aviation grade oil and lubricants for different aircraft, ejection seats, radio sets and identification friend or foe (IFF) systems, amongst others. However, according to Air Marshal Pande, it would take another three years for the tyres and batteries to become operational on essential IAF platforms.

Surprisingly, three of these items catalogued in the Roadmap were for MiG-27ML ‘Flogger’ ‘swing-wing’ ground attack fighters, all of which were due then for imminent retirement and were eventually ‘number plated’ or phased out soon after, in late 2019. Many of the other entities on this listing too were mid or low-level technologies that could easily have been produced domestically years earlier, considering India’s escalating industrial prowess and infusion of advanced machinery backed by skill and technical expertise.

“The mantra of the MoD and the armed forces seems to be to take credit for mundane achievements so long as they have a veneer of indigenousness,” said a retired three-star IAF fighter pilot. They all seem to be collectively getting carried away by a desire to please the government through feeble claims of atmanirbharta, he lamented, refusing to be identified.