A Court of Inquiry, which was allegedly asked to hold its report until voting was over, may prosecute the officers responsible for lapses that led to the downing of the chopper at the height of India's face-off with Pakistan in February. 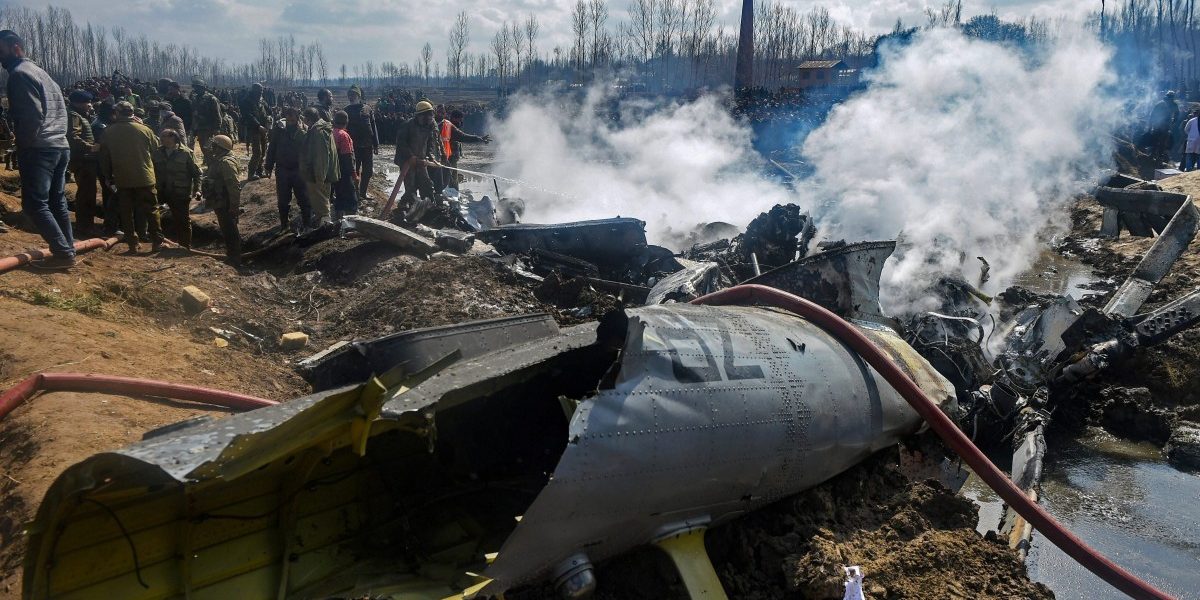 New Delhi: The Indian Air Force may press charges against officers found guilty of lapses that led to the downing of an Mi-17 helicopter on February 27, apparently by friendly fire.

Six IAF personnel and a civilian were killed when the helicopter disintegrated and crashed in Budgam on the day that Indian and Pakistani jets squared off along the Line of Control following the IAF airstrike on Balakot, Pakistan. The chopper is believed to have been taken down by an Israeli-origin air defence system fired in error on the Indian side.

Though the court of inquiry (CoI) has yet to submit its final report, the findings reveal several lapses which led to the catastrophe.

An earlier report by defence analyst Ajai Shukla said that the CoI had “conclusively determined” that the Mi-17 V5 helicopter was brought down by friendly fire. Shukla said the IAF has been asked to “hold” the findings until after elections.

On Tuesday, two days after the final phase of voting, two national newspapers reported that the IAF is considering charging officers with culpable homicide not amounting to murder.

According to the Hindustan Times, the senior-most officer of the Srinagar air force base has been removed for related reasons. The Air Officer Commanding (AOC) Srinagar Air Base was removed as the incident occurred on his watch.

Other lapses, the HT report says, include air traffic control asking the chopper to return to base while Indian and Pakistani jets were engaged. “Ideally, the helicopter should have been sent away to a safer zone instead of being called back to the base,” a senior defence ministry official told the paper.

The officer who was Terminal Weapons Director (TWD) is also under scrutiny, an Economic Times report said, as the person who cleared the missile’s launch. The CoI is determining whether the TWD was present at the control room when the command to fire the missile was issued, or if he relayed it over a hand-held transmitter.

The report adds that the helicopter was not marked a “red target” by the IAF’s Integrated Air Command and Control System (IACCS) at Barnala, Punjab. The IACCS monitors incoming aircraft from Pakistan. “A Spyder [air defence system] unit reported a lock-on and the order to fire was issued, possibly under the impression that the target was an incoming unmanned aerial vehicle,” an unidentified officer told ET.

Both newspapers reported that the proceedings could take months, even a year, to complete because the investigating team needs to meticulously collect data and evidence, in view of the serious charges that could be initiated against culpable officers. Previous reports suggested that the missile that took down the IAF chopper was an Israeli short-range surface-to-air missile (SR-SAM), which can engage targets at ranges out to 20 km. This did not leave any scope for visual identification of the target.

According to Shukla’s report in late April, the CoI found that IAF and army units across J&K were “in a state of hair-trigger alert against expected Pakistani retaliation”. Two crucial omissions apparently led to the missile being fired, downing the own chopper.

First, to guard against misidentification of aircraft in the prevailing state of alert, all IAF aircraft coming in to land in Srinagar were required to approach the air base only through a designated air corridor. Ground missile units would know that the aircraft approaching through the narrow “funnel” was a friendly aircraft.

The Mi-17 chopper was not in the safe corridor for some reason. It approached the base from Budgam, to the south of Srinagar, which led ground units to believe it was a hostile aircraft.

The helicopter was also installed with a device called the Identification Friend or Foe (IFF) system. The IFF beams a coded signal that helps IAF radars identify the aircraft. It is required that it be switched on, “especially in a situation where ground missile units are on high alert”.

“For reasons that remain unclear,” Shukla reported, “the CoI has found that the ill-fated helicopter’s IFF system was not switched on that day.”

Representational image. The chopper crashed on the same day that the IAF’s MiG 21 Bisons were engaged in a dogfight with the Pakistan Air Force. Credit: indianairforce.nic.in

Political pressure to “hold” the report?

While IAF sources told Shukla that they were keen to “serve justice quickly and make an example of those found guilty of operational lapses”, they were held back by a “go-slow” order from above.

The IAF strikes in Balakot and India’s claim that it shot down a Pakistani F-16 jet were heavily politicised during the election season. Prime Minister Narendra Modi repeatedly evoked the strike as his government’s strong response to the Pulwama terror attack. In this scenario, “admitting the loss of a helicopter and seven personnel due to friendly fire would present a bleaker picture”, Shukla wrote.

The IAF declined to comment to Shukla, saying “the CoI is still in progress” and “the time line of any CoI cannot be predicted.” After the report was published, the Air Force issued a rebuttal, saying Shukla’s report “incorrectly speculated” that the CoI has been put on hold. “This is his imagination and IAF categorically denies this,” it said.

Shukla stood by the report, saying:

The IAF accepts the article’s basic point: that, two months after the deaths of seven persons in a “friendly fire” incident, the CoI has not been finalised. None of the other details in the report, about how and why an IAF missile battery shot down an IAF helicopter, are being rebutted by the IAF.

Although the IAF claims that a two-month delay in finalising a CoI relating to an operational debacle is normal, Shulka said, top IAF officers say the delay “has been imposed from above”.

On April 1, the Economic Times reported that the IAF’s investigation will focus on determining how multi-layered safeguards against friendly fire had failed. Air force top brass would consider a court martial against personnel whom the inquiry found guilty.

Sources told ET that an alert was raised about Pakistan deploying unmanned aerial vehicle (UAVs) during the February escalation. The slow moving Mi 17 chopper could have been mistaken for an armed UAV.

The chopper is one the sturdiest in service across the world and is not prone to technical faults of catastrophic nature. Eyewitness reports said there were two separate explosions: a bang, followed by a shower of aircraft parts, and then a louder explosion as the chopper hit the ground. This indicated that an external event contributed to the crash.

While the IAF acknowledged the crash, it did not mention it in the context of the aerial battle with Pakistani jets. The Pakistani military said it was not involved in bringing down the chopper.