From flying Spitfires in World War II, to becoming the IAF chief and the governor of a state, and finally a diplomat – Air Chief Marshal Idris Latif, who passed away on April 30, had a long and distinguished career. 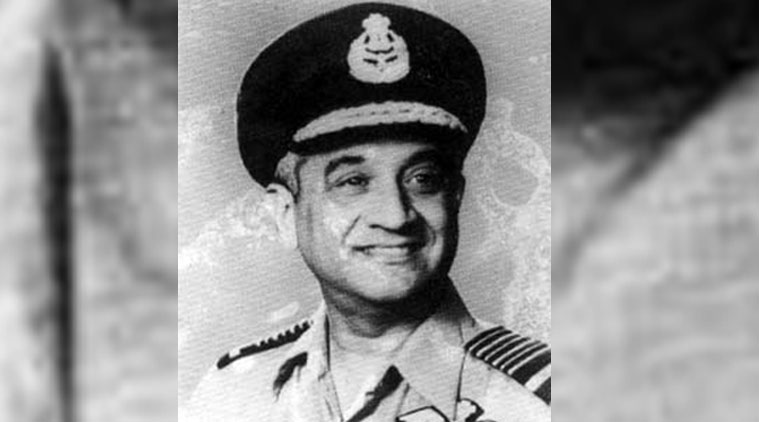 From flying Spitfires in World War II, to becoming the chief of the Indian Air Force to being the governor of a state and then finally a diplomat – Air Chief Marshal Idris Latif, who passed away on April 30, had a long and distinguished career. He was a few weeks short of his 95th birthday.

Idris Hasan Latif was born on June 9, 1923, into a distinguished Suleimani Bohra family. His father, a graduate of Oxford and Heidelberg, was chief engineer of Hyderabad State. From his meticulously-digitised photo albums and his family’s recollections, the young Idris appears to have had an idyllic childhood, with six siblings, plenty of sports and other recreations, and conscientious teachers in several schools, before he briefly joined Nizam’s College.

He applied to join the Indian Air Force as soon as he turned 17½, the earliest permissible wartime age; and was selected in 1941.  He underwent initial flying training at Begumpet, and was commissioned on 26 January 1942.  The first three aircraft types he flew in the IAF were all biplanes, with fabric skin stretched over a wooden frame, quite representative of the flimsy, obsolete equipment with which the infant IAF was being asked to train for and go to war.

However, in June 1943, Flying Officer Latif was despatched to the UK, one of a batch of 25 Indian pilots, for training on modern Hurricanes and Spitfires, and a spell of operational experience with an RAF squadron. The entire batch were on the point of being deployed to support the D Day landings in Normandy, when the IAF pressed for their urgent return to participate in planned offensives on the Burma front. 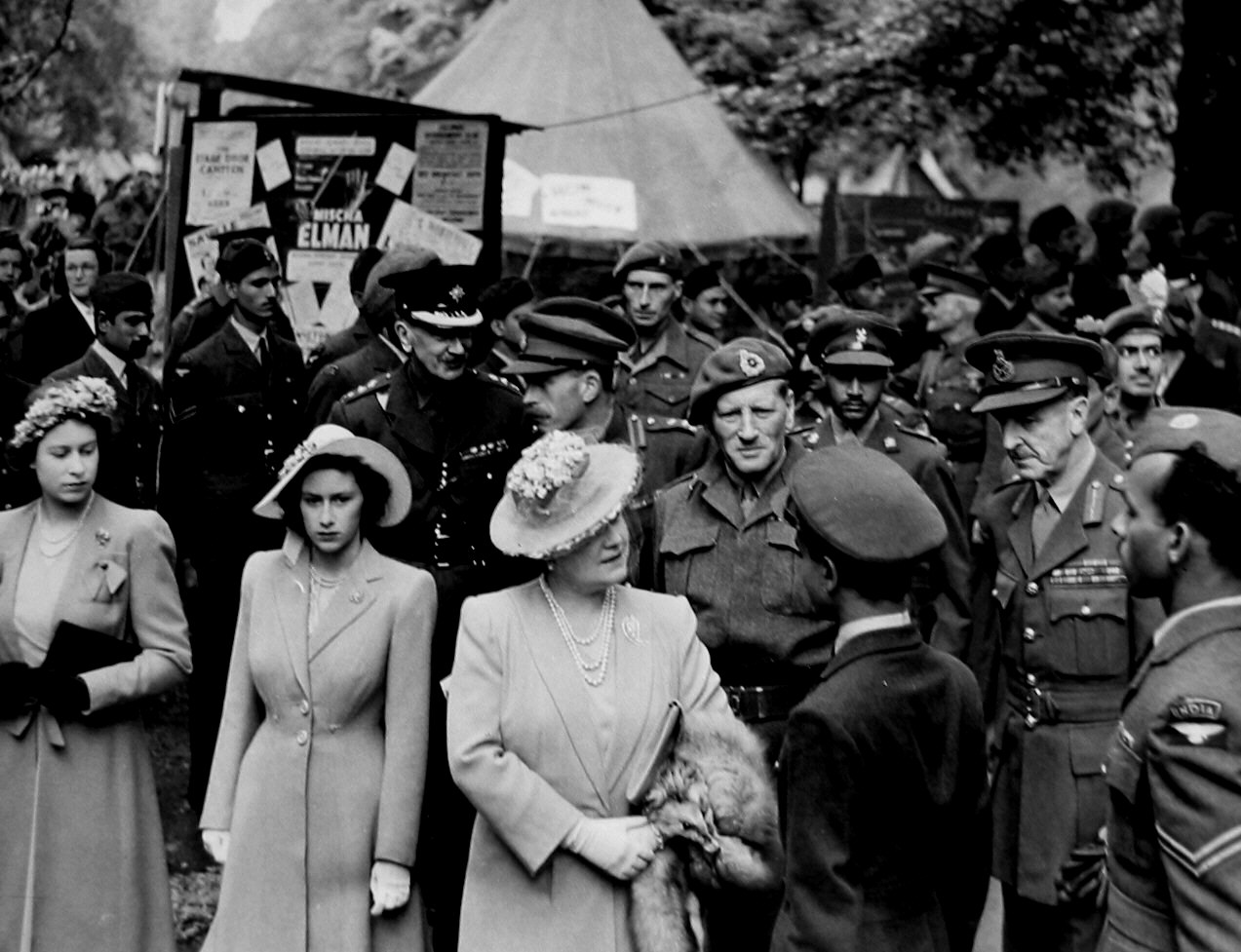 Back in India, Flying Officer Latif was posted back to 3 Squadron, now flying Hurricanes, and embarked on a full tour of combat duty in Burma. This was very different from combat flying over Europe. There were much wider spaces, and virtually no radar coverage; hence air-to-air encounters were rare. Most combat was ground-attack or close support to troops; unglamorous but essential and equally lethal.

After Japan’s surrender, Latif and his squadron returned to India. He was posted soon after to 9 Squadron which, to his delight, was flying the single seater Spitfires.  In June 1946, he was a member of the Indian contingent which participated in a major Victory Parade in London. Photographs show a youthful Flying Officer Latif being presented to the royal family of the time.

By 1950, Latif was a Squadron Leader, and commanding 4 Squadron, flying the Hawker Tempest, one of the last and most powerful piston-engined fighters. The Tempest had a somewhat nefarious reputation by then – its engine was prone to burst into flames without warning. Piston-engine technology limits had been pushed a little too far; but then, as now, the IAF made do with what it had. 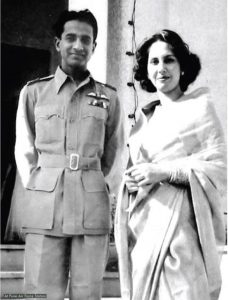 In 1951, Latif married Bilkees, the daughter of Nawab Ali Yavar Jung, at the time the Vice Chancellor of Osmania University and soon after the Indian Ambassador to Argentina. The marriage would last 66 years, till Mrs Latif passed away last year. Interestingly, Ali Yavar Jung too had been governor of Maharashtra.

In 1955, Wing Commander Latif was deputed as an Advisor to the Air Force of Indonesia. Over the next five years, he progressed through a series of staff roles, promotion to Group Captain, and command of Air Force Station at Begumpet, where he had learned to fly for the IAF.

In 1961, he took up the role of Air Attache at the Indian embassy in Washington, DC; and held it through promotion to Air Commodore.

During the 1965 war with Pakistan, Air Cmde Latif was the first Air Defence Commander for the Eastern Theatre. In the run up to the 1971 war, he was appointed to the new post of Assistant Chief of Air Staff (Plans), where he had a major role in planning for the 1971 war. He took on an undocumented, and largely untold role as Air Chief Marshal PC Lal’s emissary in several aspects of the IAF’s operations in the Eastern theatre, during that war, and was decorated with the PVSM.

In the mid-1970s, as an Air Marshal, Latif served as C-in-C of Maintenance Command, and then of Central Air Command. On September 1, 1978, he assumed the rank of Air Chief Marshal, and the office of Chief of the Air Staff.

Air Chief Marshal Latif retired as Air Chief after a three-year tenure, on August 31, 1981. Soon after, in March 1982 he was appointed governor of Maharashtra. Almost immediately on assuming that role, he was pitchforked into a politically-sensitive situation on the governor’s rarely-exercised responsibility to rule on an accusation against the then chief minister A.R. Antulay. He burnt the midnight oil, heard out numerous ministers and other powerful parties, and finally issued a difficult, but clearly correct decision, against the CM.

During the rest of the Latifs’ time in Bombay, as it was then, Mrs Latif threw herself into social work in the city’s slums. Both the Air Chief Marshal and Mrs Latif also devoted themselves to cleaning up the environment, and addressing issues around communalism. I recall an acquaintance saying of them, in awed tones, that they “radiated decency” throughout their tenure there. 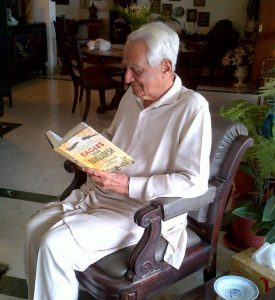 To his tenure as Ambassador to France, from 1982 to 1985, which was demanding in social and protocol terms, he and Mrs Latif brought the same grace, dignity and human compassion as they had to all others.  With all the demands of the position, one of the aspects of his ambassadorship he most enjoyed was hosting batches of IAF personnel who came to France over that period, for training. A young IAF Squadron Leader who arrived in Paris in mid-winter, inadequately-clad, recalled he had 500 francs discreetly pressed into his palm by the Ambassador, with a whispered suggestion on where to purchase an appropriate jacket.

The Latifs returned to Hyderabad in 1985 to retire and deeply involved themselves in the city’s social life and good causes. For all their contributions in public life, people remember them primarily for their humanity. A few years ago, the daughter of an old IAF connection, on her way to visit them, called to apologise for running late, explaining that her car was caught in a traffic jam a little short of their home. The then 89-year-old Air Chief Marshal had to be almost physically restrained from going out to rescue her himself.

The Latifs continued to host open house for anyone with an IAF connection, till a couple of years ago when their health began to fail. Mrs Latif passed away in October 2017. They are survived by three children and five grandchildren.