While the S-400 is regarded as superior to the alternative surface-air-missile (SAM) systems available today, the threat of US sanctions for purchasing Russian defence equipment still looms large. 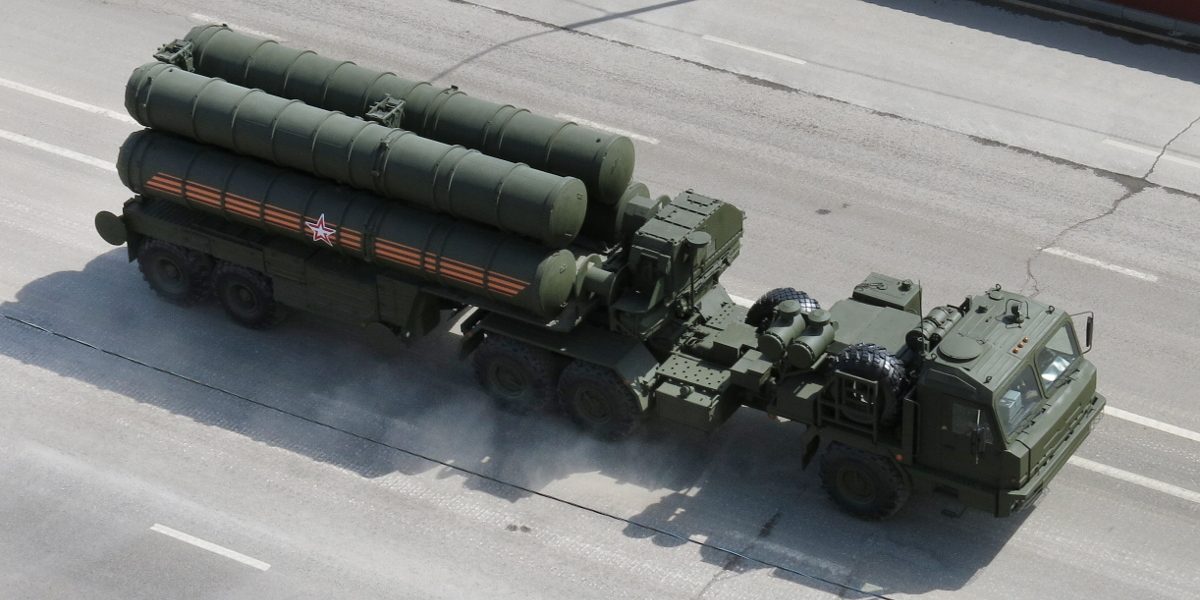 India had ordered five S-400 systems in October, 2018 for $5.5 billion, with all deliveries to be completed by early-2023, despite the coronavirus pandemic. Over the coming weeks, the assembly of the IAF’s first S-400 unit will be completed jointly by Russian and Indian technicians, following which it will undergo ‘acceptance’ trials before becoming fully operational. Several batches of IAF personnel have undergone instruction at the S-400’s Almaz-Antey facility in Moscow since mid-2019 to assemble, maintain and operate one of the world’s most advanced air defence systems.

Other than filling in numerous operational gaps, triggered by the steady drawdown of IAF fighter squadrons from a sanctioned strength of 42 to around 29 squadrons presently, the long and medium range S-400 air defence systems (NATO classification: SA-21 ‘Growler’) will also offset India’s inadequate radar coverage and limited SAM capability that remains under development.

The S-400’s would also be seamlessly integrated into the IAF’s automated Integrated Air Command and Control System (IACCS) air defence network, which incorporates all ground-based and air-borne sensors, other air defence weapon systems and varied command-and-control nodes. The IACCS’ eventual amalgamation with other services networks and civil radars is expected to provide the IAF with an overall air situation picture to ably execute its air-defence obligations; one in which the S-400 will execute a pivotal role.

A successor to the S-200 (NATO: SA-5 ‘Gammon’) and S-300 (NATO:SA-10 ‘Grumble’) air defence units, the S-400 is organised around the 30K6E administration system, with protection against jamming and a rate of fire that is 2.5 times that of the latter variant. Each S-400 squadron comprises two missile batteries, long-range, multi-functional 91NGE Big Bird acquisition and associated engagement radars, data networks and all-terrain transporter-erector support vehicles that include four trucks with at least eight launchers carrying a total of 32 missiles.

Its jam-resistant 3D-phased array acquisition radar can simultaneously track around 300 targets and the S-400 is capable of engaging 36 of them at once by launching 72 assorted missiles, depending on the type and range of incoming airborne threats. Its four short, medium, long and extended range interceptor missiles have ranges of 40km, 120km, 250km and 400km respectively and can engage targets at altitudes of up to 30km.

Upon detecting any aerial threat within its air defence bubble or area of protective responsibility, the S-400’s 92N6E Grave Stone engagement radar directs the appropriate missile towards the incoming target to neutralise it. All missiles are fitted with directed explosion warheads designed to achieve total target damage, primarily from the blast effect.

Overall, the S-400 system has the capacity to detect targets at distances of up to 600 km, which in effect would provide the IAF the capability to track Pakistan Air Force (PAF) fighters almost upon take-off from any base around their country. Ideally, it would also enable the IAF to inhibit enemy air operations within their own airspace and this detection facility would also be applicable to enemy missile launches, analysts said.

“The S-400 system is operationally more versatile, accurate and multi-faceted in all aspects compared to its US rivals” said military analyst Air Marshal V. K. ‘Jimmy’ Bhatia (retired). The IAF, he added, had been prudent in opting for the S-400’s despite the threat of US sanctions looming over their purchase, he added.

Bhatia was referring to the incipient sanctions India faces under the US’ Countering America’s Adversaries Through Sanctions Act (CAATSA), a legislation that outlaws countries acquiring Russian defence equipment. So far, it has been invoked against China and Turkey for inducting S-400 systems. Enacted in August, 2017 in response to Russia’s annexation of Crimea in 2014 and Moscow’s alleged interference in the US Presidential elections two years later, CAATSA does not incorporate provisions for sanctioning any country simply for ordering the S-400s; it sanctions them once system deliveries begin, going by the earlier Chinese and Turkish instances and has spawned a situation which now renders India vulnerable.

But as the US’ close strategic and military ally, India is hopeful of a CAATSA bypass, which can be granted by President Joe Biden under the Act’s “modified waiver authority” for “certain sanctionable transactions’.

The UK’s Jane’s Defence Weekly magazine, however, quoted a US State Department official on Thursday as saying that Washington had not yet made a determination on a potential waiver with respect to Indian arms transactions with Russia. The spokesperson told Jane’s that CAATSA does not have a “blanket or country-specific waiver provision” and that Washington continued to urge its allies to ‘cease’ acquiring Russian materiel, as it risked triggering sanctions under CAATSA.

Senior military officials in Delhi, too, said CAATSA’s outcome remained nebulous for now, but said the matter would feature “prominently” during the 2+2 ministerial dialogue between the US and Indian defence and foreign ministers in late November in Washington.

The US also fears that its platforms in service with the Indian military, like transport and maritime reconnaissance aircraft, attack and heavy lift rotorcraft and advanced UAV’s would be compromised by the S-400 radars that could, in principle, “monitor and exploit” their technical features and capabilities.

India, for its part, has been lobbying hard with Washington for a CAATSA waiver over the S-400 buy. Its diplomats and security officials had repeatedly assured Washington that India and the US had a comprehensive global strategic partnership and conversely that Delhi had a special and privileged strategic alliance with Moscow; both are claimed to be independent of the other.

India had also offered Washington assurances of safeguarding the “technical and operational secrecy” of the range of US materiel it presently operated. It also stated that it was “reducing” its dependency of Russian defence equipment, indicating its preference for US military kits in times of an economic slowdown for Washington due to COVID-19.

In recent weeks India has been backed in its endeavours by three Republican senators who introduced an amendment in Congress to the National Authorization Act for Fiscal Year 2023 to make it more difficult for Washington to impose the CAATSA on members of the Quadrilateral Strategic Dialogue (Quad) of which India and the US are prominent partners. The other two Quad members are Australia and Japan.

Also read: Will the Quad Tangle with the O-RAN Alliance?

Termed the Circumspectly Reducing Unintended Consequences Impairing Alliances and Leadership (CRUCIAL) Act , 2021, the amendment states that CAATSA would only weaken security in the Indo-Pacific region.

“Now would be exactly the wrong time for President Biden to undo all of that progress (in partnering India) through the imposition of these sanctions” Ted Cruz, one of the three Republican senators behind CRUCIAL, 2021 declared in a statement in early November.

Doing so, he added, would accomplish nothing except undermining our shared security goals of combating China’s aggression and forcing India to become dependent (for defence equipment )  on Russia.

If this amendment is approved, it would be valid for a decade and would let India off the hook for not only the S-400 but other Russian equipment it has been acquiring or leasing. This includes  stealth frigates, fighters, one nuclear-powered submarine, helicopters and assault rifles, amongst others.

Meanwhile, senior IAF officers said the US’ doggedness over CAATSA, despite enhanced defence co-operation between Delhi and Washington and over $20 billion worth of American military hardware that India had acquired over the past two decades, was in all likelihood prompted by ‘pique’ over India opting for the S-400, instead of rival systems like Lockheed Martin’s Patriot Advanced Capability-3 or PAC-3. 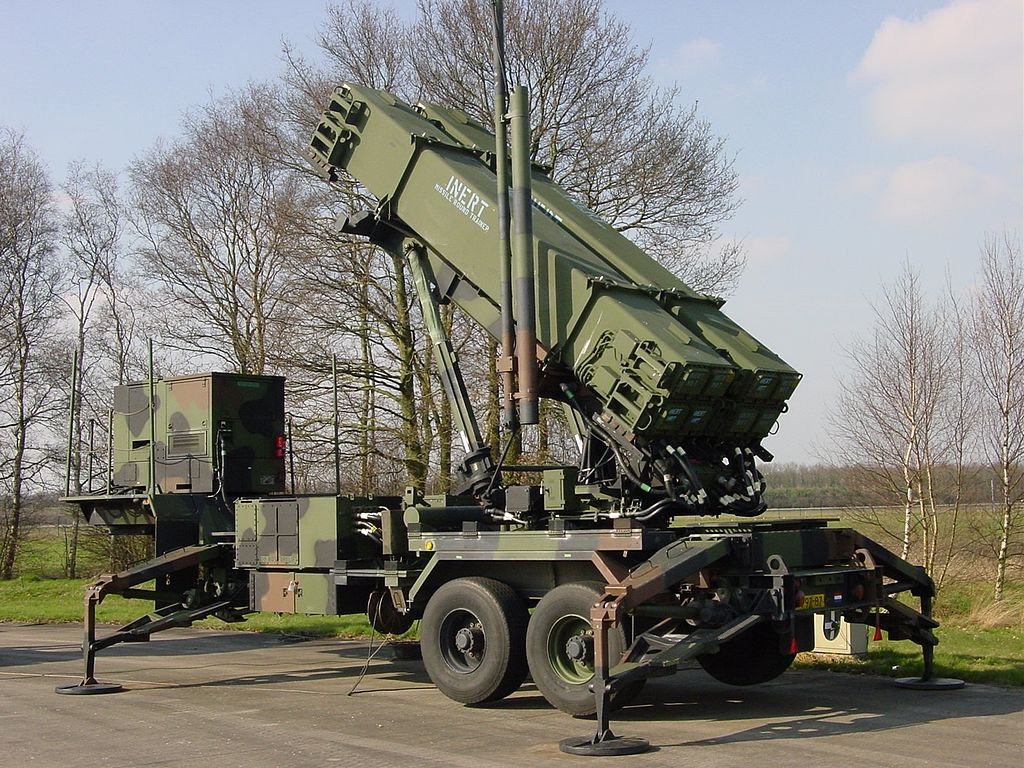 The PAC-3 is employed, other than the US, by the German, Israeli, Japanese, Kuwaiti, Saudi Arabian, Qatari and Spanish air forces and was tentatively on offer to the IAF a decade or so ago. But after due operational diligence, India opted for the Russian S-400, deeming it more efficient and considerably cheaper. Besides, the S-400 was being acquired from long-standing materiel supplier Russia, in a deal that entailed no political strings or strategic obligations. Conversely, all defence purchases from the US were governed by a slew of inflexible protocols signed by Delhi and Washington over the past decade.

Besides, IAF officers said the deployment time for S-400’s, for instance, was five minutes, whilst that for the PAC-3 was significantly higher at around 25 minutes. Moreover, the Russian air defence system was also capable of downing targets as low as 10m and as high as 30km, while the corresponding ranges for the PAC-3 system at the time were 50m and 25km respectively.

In the meantime, within days of the confirmation of the first S-400 delivery on November 14 and the threat of CAATSA’s invocation upon Delhi unresolved, India’s Ministry of Defence (MoD) hastily made a placatory gesture to a transactional Washington in a bid to try and dodge sanctions. It indicated, via media reports, that it was advancing the deferred $3 billion purchase of 30 multi-mission armed MQ-9B long-endurance ‘Reaper’ UAVs – 10 for each of India’s three services – from General Atomics Aeronautical Systems Incorporated (GA-ASI) via the US’ Foreign Military Sales (FMS) route.

It’s quite possible that in keeping with the characteristic American aphorism, “There ain’t no such thing as a free lunch (TANSTAFF),” this hugely expensive trade-off might work and a CAATSA wavier may be secured. As former US president Donald Trump, the classic deal maker said: “Deals work best when each side gets something it wants from the other.”