At Least 16 Injured in Grenade Attack in Kashmir's Shopian

This is the tenth grenade attack on police forces in Kashmir in the past four days. 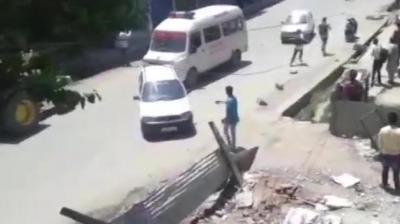 Srinagar: At least 16 people, including four policemen, were injured in a grenade attack in a busy market area in Jammu and Kashmir’s Shopian district, police said.

Militants hurled a grenade on security forces in Shopian town but missed its target, resulting in injuries to at least 12 civilians and four cops, a police official said.

He said the area has been cordoned off and searches started to nab the attackers.

Militants have carried out a series of grenade attacks on security forces and politicians since last week.