Details of the secret combat capability of the Indian Navy's French-built submarines have been released onto the Internet. 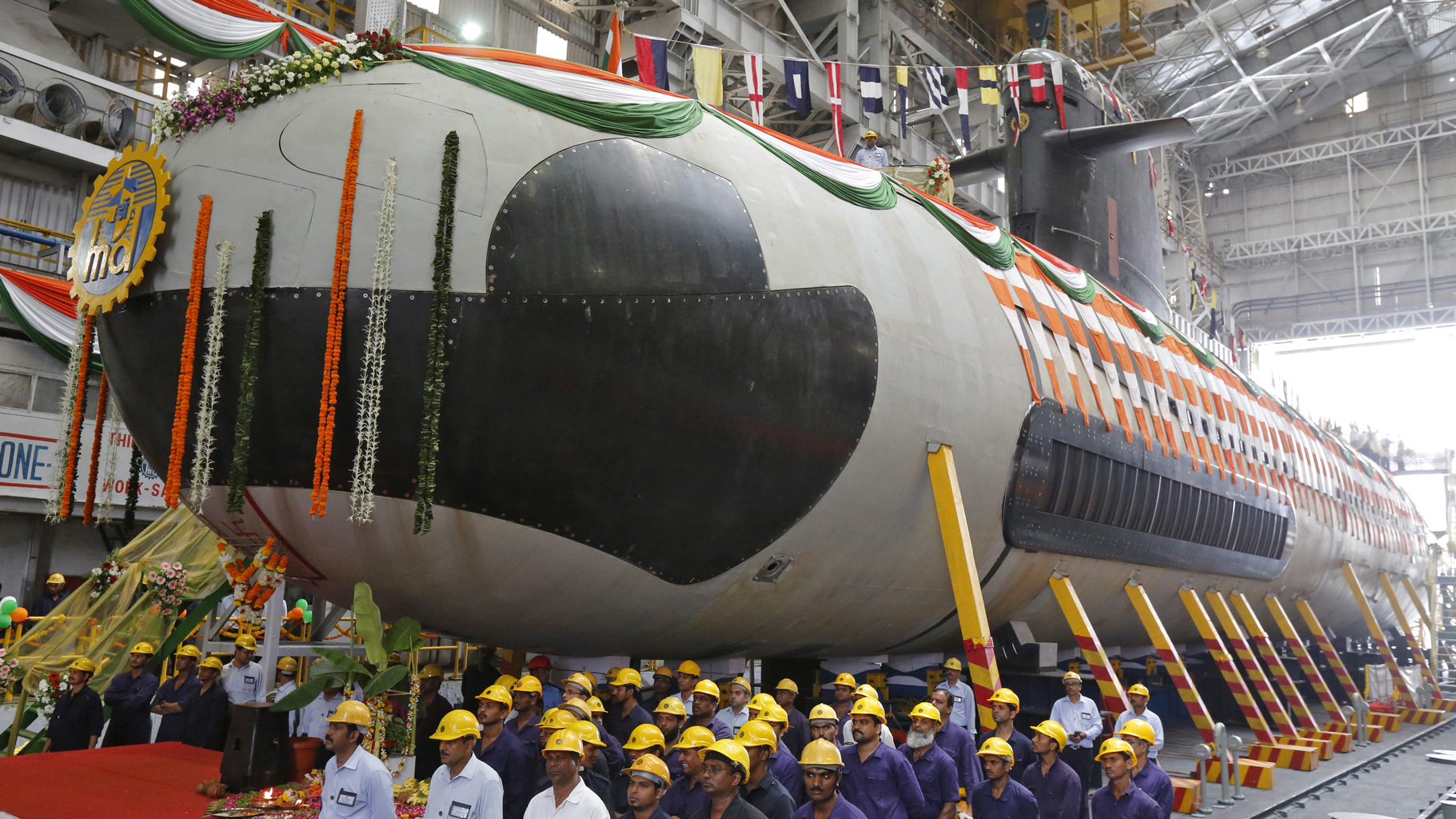 New Delhi: In a leak that at least one retired Indian naval officer has termed “potentially fairly disastrous”, 22,000 pages outlining the “secret combat capability”of the six Scorpene submarines France is supplying to India have been put out on the Internet.

The leak of sensitive information – first reported  by The Australian on Wednesday – could “provide an ­intelligence bonanza if obtained by India’s strategic rivals, such as Pakistan or China,” the newspaper wrote.

India has contracted to purchase six Scorpene-class submarines from the French company DCNS Group at a cost $3 billion, the first of which is already undergoing sea trials. A second is currently being assembled with French help at the Mazagon docks in Mumbai, following which four more will be produced and commissioned.

In initial comments, Vice-Admiral A.K. Singh (retired), a former submariner, told The Wire on Wednesday that the documents were “no doubt being closely studied in Islamabad and Beijing … I am going through them slowly but I reckon this has saved the Chinese and Pakistanis 20-30 years of espionage.” Singh later modified his assessment and said the damage may not be as great as he had initially feared “as long as the frequency of the submarine’s radiated noise” – which The Australian redacted – remains a secret. If the frequency were to leak, that would be disastrous for the crew as that would enable an enemy to use different sonar buoys to locate and identify the submarine, which otherwise has a noise level that is below the noise of the sea, he said.

Admiral Arun Prakash (Retd.), a former Indian naval chief told The Wire that it was too early to jump to any alarmist conclusions about the consequences of the leak.

“If you see the documents that have been put out, they are stamped ‘restricted’,” he said. “Now, at least in the Indian system, restricted is one step away from ‘unclassified’. The highest security classification is ‘Top Secret’, after which there is ‘Secret’ and then ‘Classified’. So it is not clear how sensitive this information is, though the fact that it has leaked is obviously disturbing.”

Though some of the pages have the Indian navy’s emblem, the leak is believed to have occurred at the company level in France. Admiral Prakash said it would be quite natural for the documentation printed by the supplier to use the naval emblem since the submarines were being produced for the Indian navy.

According to The Australian,

“The leaked DCNS data details the secret stealth capabilities of the six new Indian submarines, including what frequencies they gather intelligence at, what levels of noise they make at various speeds and their diving depths, range and endurance — all sensitive information that is highly classified. The data tells the submarine crew where on the boat they can speak safely to avoid ­detection by the enemy. It also discloses magnetic, electromagnetic and infra-red data as well as the specifications of the submarine’s torpedo launch system and the combat system.”

Most of the data leaked is all design related, especially pertaining to sensors and combat management, and India will not be in a position to change those parameters in response to the leak without embarking on design changes that will cost of hundreds of millions of dollars, said Singh.  But “at least 90% of the information on the Scorpene’s combat suite, weapons data etc is already more or less available to armed forces around the world,” he said. “What we don’t want to compromise at any cost is the frequencies of the radiated noise. Here, a major mitigating factor is that the frequencies have been blanked out,” he added.

Worryingly for the Indian Navy, however, since the blanking out has been done by The Australian, the documents in their unredacted form are presumably still out there – with persons not authorised to have them – and may be accessed by other powers.

“As a serious matter pertaining to the Indian Scorpene programme, French national authorities for defence security will formally investigate and determine the exact nature of the leaked documents,” a DCNS spokeswoman said in a statement.

Though the leak concerns the Indian Navy, the issue is considered important in Australia because the DCNS Group beat out Germany’s ThyssenKrupp AG and a Japanese-government backed bid by Mitsubishi Heavy Industries and Kawasaki Heavy Industries to win a A$50 billion ($38.06 billion) contract to build Australia’s next generation of submarines.

“The matters in connection to India have no bearing on the Australian submarine programme which operates under the Australian government’s arrangements for the protection of sensitive data,” DCNS was quoted by Reuters as saying.

The breadth of detail in the documents creates a major strategic problem for India, Malaysia and Chile, all of which operate the same submarine, an Australian political source with decades of experience in the global arms industry told Reuters. The Australian published the documents in redacted form on the its website but the papers included sensitive details of the submarine including technical manuals and models of the boat’s antennae, Reuters reported.

“It allows them to understand everything about the submarines. What speeds it can do; how noisy it is; what speeds the mast can be raised at … all of that is just devastating.”

The assumption among Indian naval officers is that the information has been leaked as part of the cut-throat competition between rival submarine manufacturers.

Singh said that it was almost certain the leak had occurred at DCNS itself, and not in India, when one of its French employees left the firm and went to join a rival.