"This is the first I have ever heard of it. Saraswat never asked me for permission for an ASAT test." 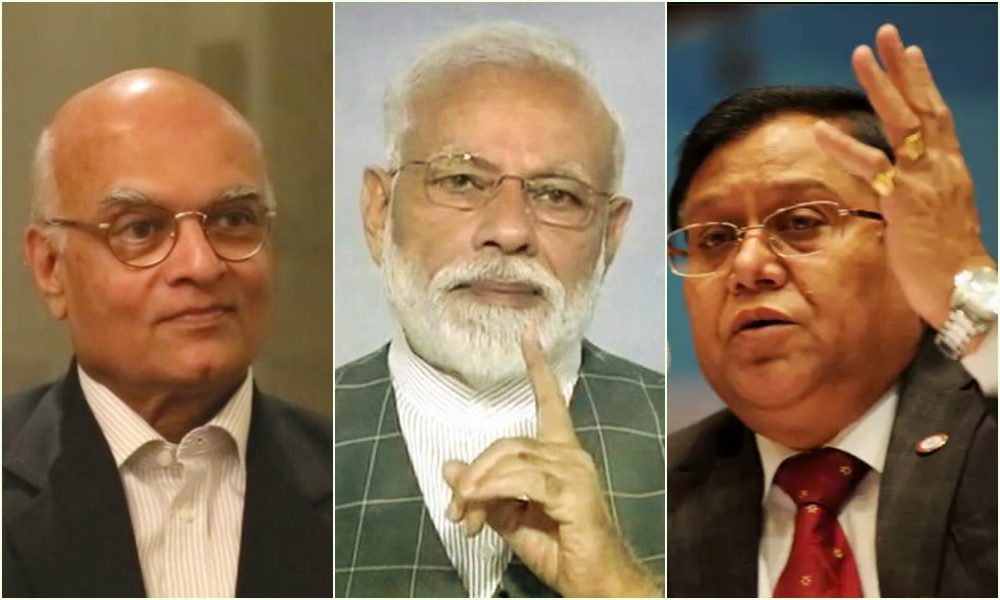 New Delhi: Refuting reports that the Manmohan Singh government refused to allow the Defence and Research Development Organisation (DRDO) to conduct a test of its anti-satellite capabilities, former national security adviser Shivshankar Menon told The Wire, “This is the first I have ever heard of it. Saraswat never asked me for permission for an ASAT test.”

In the wake of Prime Minister Narendra Modi’s announcement that India had successfully destroyed a satellite in low Earth orbit on Wednesday, a former head of DRDO, V.K. Saraswat, has implied that the earlier government got cold feet and refused to sanction a live test.

Saraswat, who was made a member of the NITI Aayog by the Modi government, retired as head of DRDO in 2013.

He was quoted in Thursday’s edition of the Economic Times as saying he made a presentation to the previous government but “was not given the go ahead”. Suggesting the UPA government lacked “long-term political will”, he said, “I remember making presentations to ministers and even the NSA but the necessary clearance never came. No reason was given, there was just silence.”

Menon said that Saraswat “certainly made an informal presentation but no sanctions or approvals [for an ASAT test] were sought.”

Ironically, Saraswat himself had given an interview to India Today in 2012 explaining why he was not in favour of testing India’s ASAT capabilities:

“We don’t want to weaponise space but the building blocks should be in place. Because you may come to a time when you may need it. Today, I can say that all the building blocks (for an ASAT weapon) are in place. A little fine tuning may be required but we will do that electronically. We will not do a physical test (actual destruction of a satellite) because of the risk of space debris affecting other satellites.”

In the same issue, India Today reported that the Space Security Coordination Group (SSCG) – established in 2010 and headed by the NSA – had authorised DRDO to develop India’s ASAT capability and that Saraswat had said a “full fledged” ASAT capability would be ready by 2014.

Even as DRDO worked on its missile technology, every effort was made on the diplomatic front to ensure India’s strategic options would not be curtailed.

A South Block official told The Wire that central to this was India’s active resistance to  “the draft space Code of Conduct supported by the United States and European Union between 2010 and 2016.”

The non-binding International Code of Conduct for Outer Space Activities, which the Western powers pushed in the wake of China’s 2007 ASAT test, was designed to stop further ASAT testing, including by India, though its provisions for a self-defence exception and the minimisation of space debris left a window too.

In any event, the drafting process fizzled out in the wake of opposition from Russia, China, India and other countries.

India takes part in all UN-based space-related norm building forums such as the Vienna-based Committee on the Peaceful Use of Outer Space (COPUOS), the Inter Agency Space Debris Coordination C0mmittee and the Geneva-based Conference on Disarmament where it has been closely involved in discussions on the Prevention of an Arms Race in Outer Space (PAROS).

It was not, however, part of the group of government experts (GGE) on transparency and confidence-building measures (TCBMs) in outer space that was set up by the UN in 2013, an issue Indian diplomats regularly flagged. Sri Lanka from South Asia was included.

At both the diplomatic and technological level, say Indian diplomats, the country’s ASAT policy since the Chinese test of 2007 and even earlier has been aimed at ensuring there is no repeat of the NPT experience.

India got left out of the definition of a nuclear weapon state because it had not tested a nuclear weapon by 1967, when the treaty text was formally adopted. US attempts to tighten the noose around India’s nuclear option by pushing for the Comprehensive Test Ban Treaty in the 1990s was one of the factors which led India to test its nuclear weapons capability in 1998.

According to the Economic Times, the Modi government decided to go in for an actual ASAT test in 2016 and a special satellite was launched in order to serve as the target.

However, the timing of the May 27  test, the timing of the announcement and Modi’s decision to address the nation, all appear to have been driven by the domestic political calendar rather than by any imminent tightening of international legal norms governing outer space.

The Chinese government officially announced its first ASAT test a few weeks after it was conducted in January 2007. And the announcement was made not by the country’s political leadership but by the spokesperson of its foreign ministry.

With the first round of voting barely two weeks away, Modi used the ASAT test to speak about himself as a leader:

“My aim is to make every Indian feel secured. I have great belief in the countrymen’s capabilities, commitment, dedication and ability to craft unitedly a nation which is strong, prosperous and secure. I envision such a Bharat where people can imagine such futuristic projects and garner the courage to go forward.”

The Election Commission is examining complaints by the opposition that Modi violated the model code of conduct by making the announcement himself. “Even if the announcement/event can’t wait, and … even [if it was] prescheduled to be inaugurated by a political VIP, [the model code requires that] it is substituted by a bureaucrat,” a former chief election commissioner told The Wire.