How True Is the Claim that Modi Govt Is the Architect of the Border Roads Project?

The shift from a defensive mindset to a more aggressive posture towards China was conceptualised by the UPA. It’s now up to Modi to use these tools effectively to restore the status quo on the LAC.

Indian and Chinese forces are facing off along the Line of Actual Control (LAC), and the Modi government is fighting, with a vengeance, to control the political narrative.

In his remarks on June 19 (audible from the 4.50 minute mark onwards here), Prime Minister Narendra Modi asserted that his government’s border infrastructure improvements had strengthened India’s ability to deal with China’s intrusions. Pro-government voices picked up this claim in print and on TV, painting the Modi government as a pioneer in border development.

This is motivated fiction.

The United Progressive Alliance (UPA) conceptualised, planned and implemented the India China Border Roads (ICBR) programme as part of a broader build-up against a rising China. There was continuity in the policy until the June-August 2017 Doklam standoff, after which alarm bells went off in South Block and the Modi government poured more resources into the ICBR programme. This was a compulsion, not strategic foresight.

The Vajpayee government in 1999 made a start by approving 13 new border roads, but the decisive break from a defensive mentality occurred in 2006 when the UPA reversed a longstanding policy of keeping border infrastructure underdeveloped so as to prevent advancing Chinese troops from using it. Then foreign secretary Shyam Saran headed a task force that made three fields trips up and down the LAC to understand the ground reality. It produced a detailed plan to build a total of 73 ICBRs, concentrated in areas where Indian and Chinese perceptions of the LAC differed.

One priority was to build roads and tunnels to connect Himachal Pradesh to Ladakh and to ensure that the latter could be reinforced even if the Kashmir Valley were unavailable. The UPA also decided to build the 1,850-km Trans-Arunachal Highway along the northern bank of the Brahmaputra. Crossing a large number of the river’s tributaries, the highway would seamlessly connect border roads across Arunachal Pradesh to offset China’s advantages in the region.

Also read: India Has Known About the Chinese Threat in Ladakh for Years. So Why Are We Unprepared?

To prevent enemy forces from using the new infrastructure, the UPA sanctioned two new mountain divisions with some 50,000 troops and stationed armoured units in Ladakh and Arunachal Pradesh. It activated four advanced landing grounds in Chushul, Fukche, Demochok and Daulat Beg Oldi and deployed longer-ranged Su-30MKI warplanes to Tezpur, Chabua and Bareilly. Contrary to some claims, all of these steps had Prime Minister Manmohan Singh’s approval.

The Indian Navy held naval exercises with the US Navy in the vicinity of the East China Sea in 2007, 2009, 2011 and 2014. The UPA sanctioned the raising of a mountain strike corps of 70,000 troops in 2013, a decision the Modi government put on hold in 2018 on financial grounds. In his 2013 book Cold Peace, Jeff Smith of the Heritage Foundation describes all these steps as “the most significant permanent buildup of Indian forces across the LAC since the 1960s”. 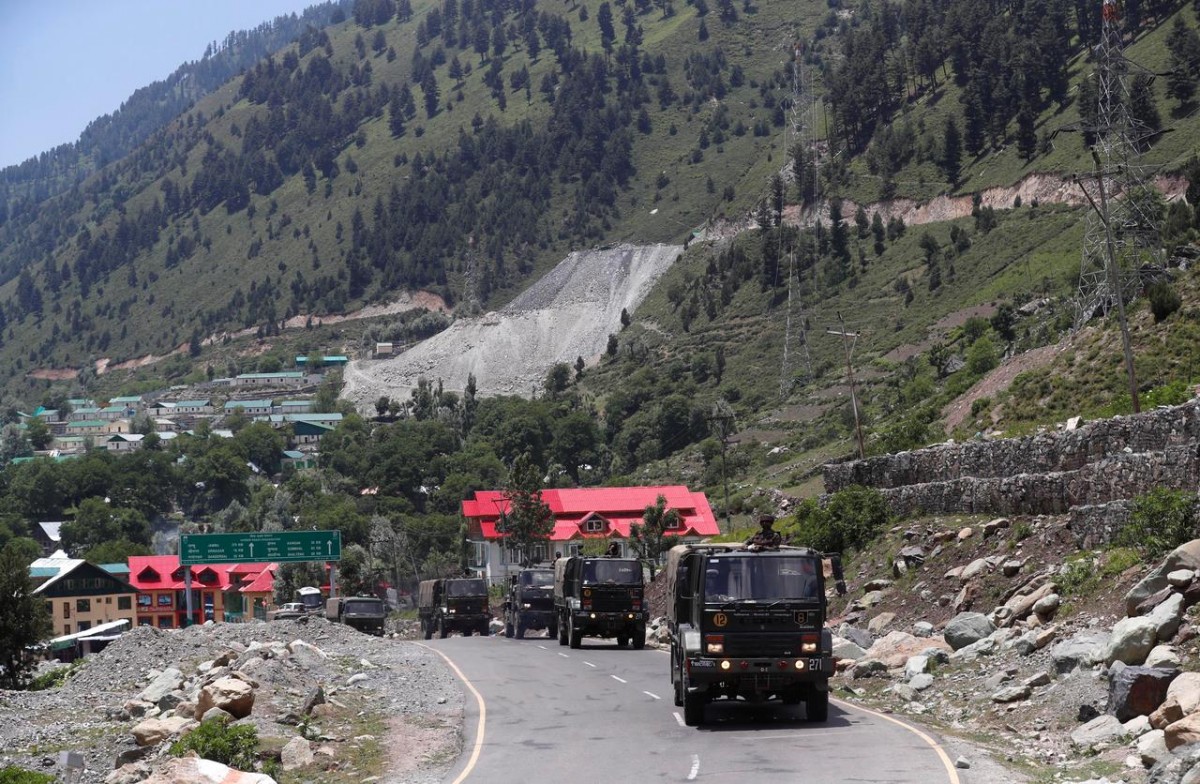 The ICBR programme took considerably longer to build than anticipated. Reasons included the harsh climate and terrain, difficulties in acquiring land and natural disasters such as floods in Leh (2010) and in Jammu and Kashmir (2014) and the Sikkim earthquake (2011). The Border Roads Organisation (BRO), responsible for 61 of 73 roads, was also spread thin among too many projects. By March 2016, it had spent almost its entire ICBR budget of Rs 4,644 crore and completed only 22 roads (and connected another 21).

In 2013, the UPA took several decisions to improve BRO effectiveness. According to a senior official in the previous government, it postponed their implementation after the Election Commission’s model code of conduct came into operation, allowing the Modi government to claim them as its achievements.

Also read: China’s Intrusion in Ladakh Was Not Treachery But Surprise, And It Shouldn’t Have Been One

As the chart below shows, these reforms helped the BRO absorb funds better and speed up the pace of ICBR construction from 2016.

The big-spending jump came in the wake of the 2017 Doklam crisis. China’s aggressive military reaction convinced the government that it faced a more imminent threat than previously anticipated. It allocated an additional Rs 3,483 crores to the ICBR programme in August 2017 and delegated considerable financial authority to the BRO. In February 2019, BRO Director General Lieutenant General Harpal Singh stated that 67% of its workforce now stood deployed along China. Previous reforms and the post-Doklam push showed results: the road stretches completed went from 962 km in December 2017 to 2,501 km in December 2019.

Many of the unverifiable claims in pro-government reportage support the reading that the Doklam crisis forced the government’s hand. Those leaked numbers unfavourably contrasted the speed of ICBR formation cutting and road surfacing – important steps in road building – in 2008-17 versus 2017-20, as if the Modi government took office in 2017.

The Modi government can try its hardest to rewrite history, but the inescapable fact is this: it was the UPA that shifted from a defensive mindset towards China to a more aggressive posture. Now it’s up to Modi to use these tools effectively to restore the status quo on the LAC.

Amitabh Dubey is an analyst and Policy Coordinator of the All India Professionals’ Congress. Views are personal.