Roads in the vulnerable ecological zones of Uttarakhand must be built in a manner that don’t lead to India shooting itself in the foot. 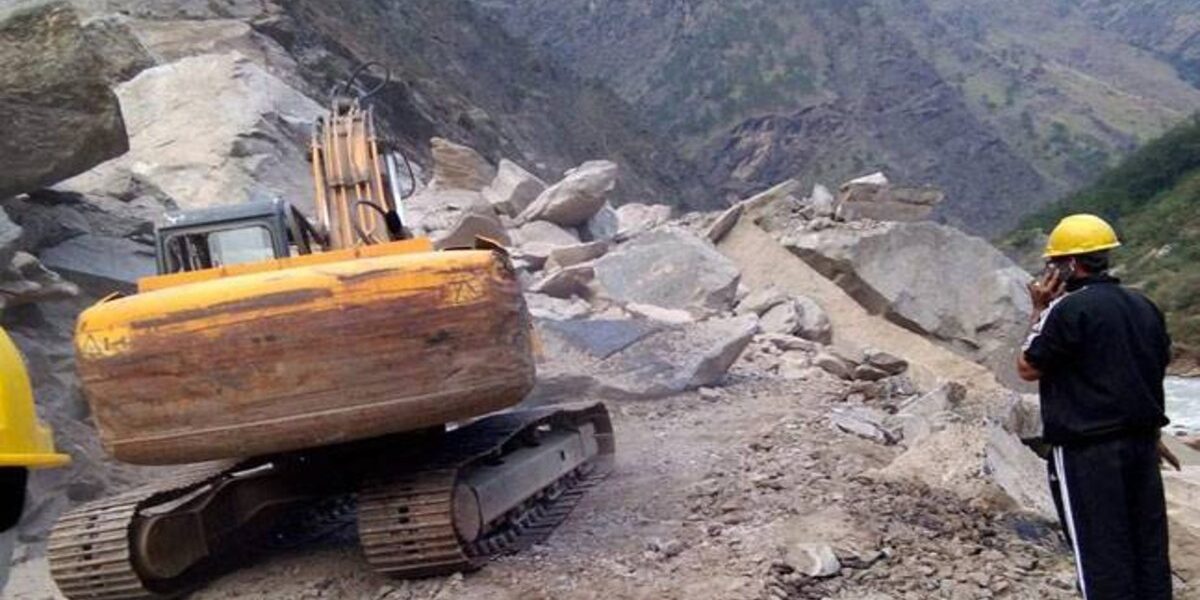 The Union of India’s argument that there is a huge Chinese build up in Tibet and that the Army needs broader roads in Uttarakhand to fend off another 1962 disaster is disingenuous to say the least.

The argument made in the Supreme Court this week is not really about the defence of India’s borders, but the government’s ability to score political points by enlarging the existing roads to the four holy towns of the region – Yamnotri, Gangotri, Kedarnath and Badrinath, all in Uttarakhand. In other words, the government is invoking the holy mantra of “national security” to overcome the apex court’s September 2020 order limiting the width of the carriageway to 5.5 metres.

As for the Chinese infrastructure in Tibet, its road systems have been around for more than 40 years. Because the terrain of the Tibetan plateau, across the high Himalayas, is largely flat, the Chinese have built up an impressive logistical network of roads.

The road infrastructure on the Indian side has come up slower than that of the Chinese but it has been there for a while as well. This writer trekked along a well built road back in 1968 to Malari, short of the Barahoti, and the road to Munsyari came up by 1970.  There were roads, too, to Dharchula from Tanaakpur and other parts of the Central Himalaya, including Himachal Pradesh where Project Beacon had cut a highway to Kaurik.

Anyone familiar with the central Himalayan range will know that the Garhwal Himalayas are perhaps the most fragile. Note that in Himachal, the British were able to build a railway to Simla, a feat they did not attempt in either Kumaon or Garhwal. 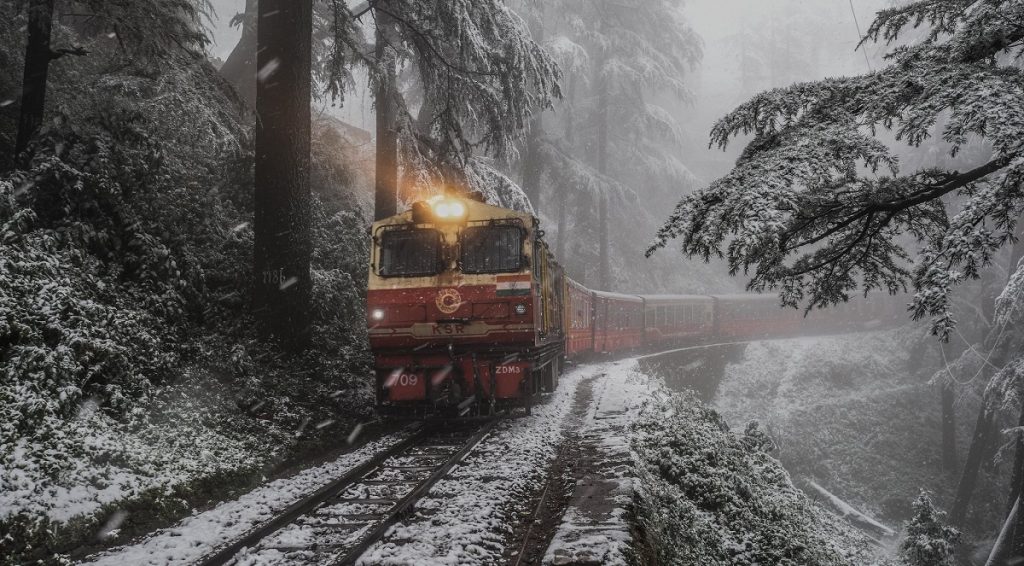 The Himalayan Queen on the Shimla-Kalka railway track that was built by the British in 1903. Photo: lensnmatter/Flickr CC BY NC 2.0

Even in the lower reaches near Almora and Nainital, motor traffic has been a familiar sight since the 1940s and 1950s, but locals know that there are stretches prone to landslides which recur every now and then. This has to do with the specificities of the terrain and there is little that science and technology can do to overcome it.

This is a lesson which Pakistan and China learnt in January 2010 when the Karakoram Highway collapsed due to a landslide and created the huge Attabad lake 15 km from Hunza’s capital, Karimabad. It has displaced thousands and the 27 km lake is unlikely to drain. The Pakistani government was compelled to get the Chinese to build around the lake with five new tunnels and two new bridges.

In the Garhwal area itself, there has been a similar issue on a smaller scale. This was the formation of the Gohna Lake, when a landslide blocked the Birahi Ganga, a tributary of the Alaknanda. The lake was formed in 1893 through a massive landslide, and the large lake burst the next year, wiping out Srinagar township and every bridge downriver to Haridwar. But the British had set up a telegraph system that warned of the disaster and just a handful of people were lost. A smaller lake lasted till 1970 when it burst, causing flooding downstream.

We don’t have to go too far back to see how nature can create disasters here. In 1991, the Uttarkashi earthquake killed at least 768 people and destroyed thousands of homes. In 1998, a landslide in Malpa near the Nepal border in Pithoragarh district killed 255 people – including a number of Kailash-Mansarovar pilgrims. The Chamoli earthquake of 1999 killed over 100 people and there were reports of severe damage.

More recently, the June 2013 cloudburst led to the biggest natural disaster in the country after the 2004 tsunami. The melting of the Chorabari Glacier and the overflowing of the Mandakini river led to heavy floods in the Garwhal region. Entire roads and villages were obliterated and worst affected was the Char Dham area. The Kedarnath shrine itself was damaged, with several houses and shops destroyed. Nearly 6,000 people were presumed dead, of them around 900 were locals.

Also Read: How Work on the Char Dham Highway Battered a Himalayan Landscape

In 2009, P.K. Deshpande, J.R. Patil, D.C. Nainwal and M.B. Kulkarni did some landslide hazard zone mapping of the Garhwal Himalaya and found that “structural disturbances like folding, faulting and shearing are very common in this region.” In a paper for the Indian Geotechnical Conference, they examined remote sensing data, GIS layers, slope maps and flow accumulation maps in areas around Gopeshwar, Pipalkoti and Nandprayag and found that they are “structurally disturbed and lie in the seismic zone IV and receive very high precipitation.”  They also found evidence of many earlier landslides in the region.

They provided a number of remedial measures but noted that “there is need to develop a road without any excavation… in some economic way”. Adding that in the region, most of [the] landslides begin when the excavation of roads takes place “and gradually turn into huge slope failure.”

These three towns may be just 30-40 km apart, but they sit astride the highways to Badrinath and Kedarnath and this has been an area which is clearly prone to natural disasters. Similar studies of neighbouring areas would reveal similar vulnerabilities.

No doubt there is a need for highways, roads and other infrastructure to face the Chinese along the entire length of the LAC. As it is, all highways will also be the target of attacks in any conflict; regardless of whether the highway is double- or single-laned, the ones on the Indian side going from the plains to the LAC will be vulnerable because they go up steep valleys and alternate routes are not easy to construct in quick time.

Simultaneously, the highways will have to deal with nature. That is why roads in the vulnerable ecological zones of Uttarakhand must be built in a manner that doesn’t lead to India shooting itself in the foot. This would most certainly happen if it aggravates the already sensitive ecology of the region leading up to Kedarnath and Badrinath.