Book Review: Unravelling the Enigmatic Chinese Military and its Idea of 'Active Defence'

Amrita Jash's 'The Concept of Active Defence in China’s Military Strategy' should be compulsory reading in our military institutions. 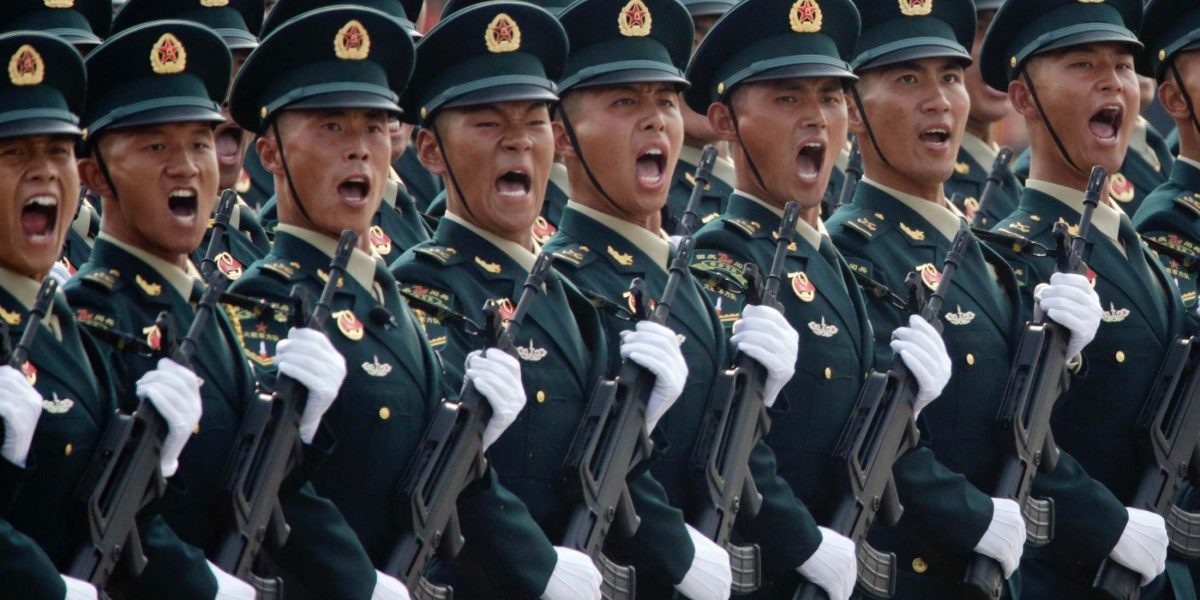 Like many things intriguing about China, its “active defence” strategy is also something of a conundrum. When you actually open it up you find that in reality, “active defence” is actually “active offence”. That is why where most Indians would see the 1962 war as a Chinese attack on India, in China itself it is seen as a “counter-attack war in self-defence”.

This is, in some ways, deliberate deception to camouflage offensive action, but that’s what war is all about. Not surprisingly, the Chinese have also shown their actions in eastern Ladakh as self-defence.

Amrita Jash has done a signal service in trying to put together a publication that seeks to unravel “the riddle, wrapped in a mystery inside an enigma” of Chinese military strategy for the Indian reader. Most Indian specialists would be familiar with the Western tradition here, of the writings of the old masters like Clausewitz, Jomini or Lidell-Hart. But the Chinese approaches to strategy have not been influenced by them and are sui generis, with roots deep within the Chinese history and experience. 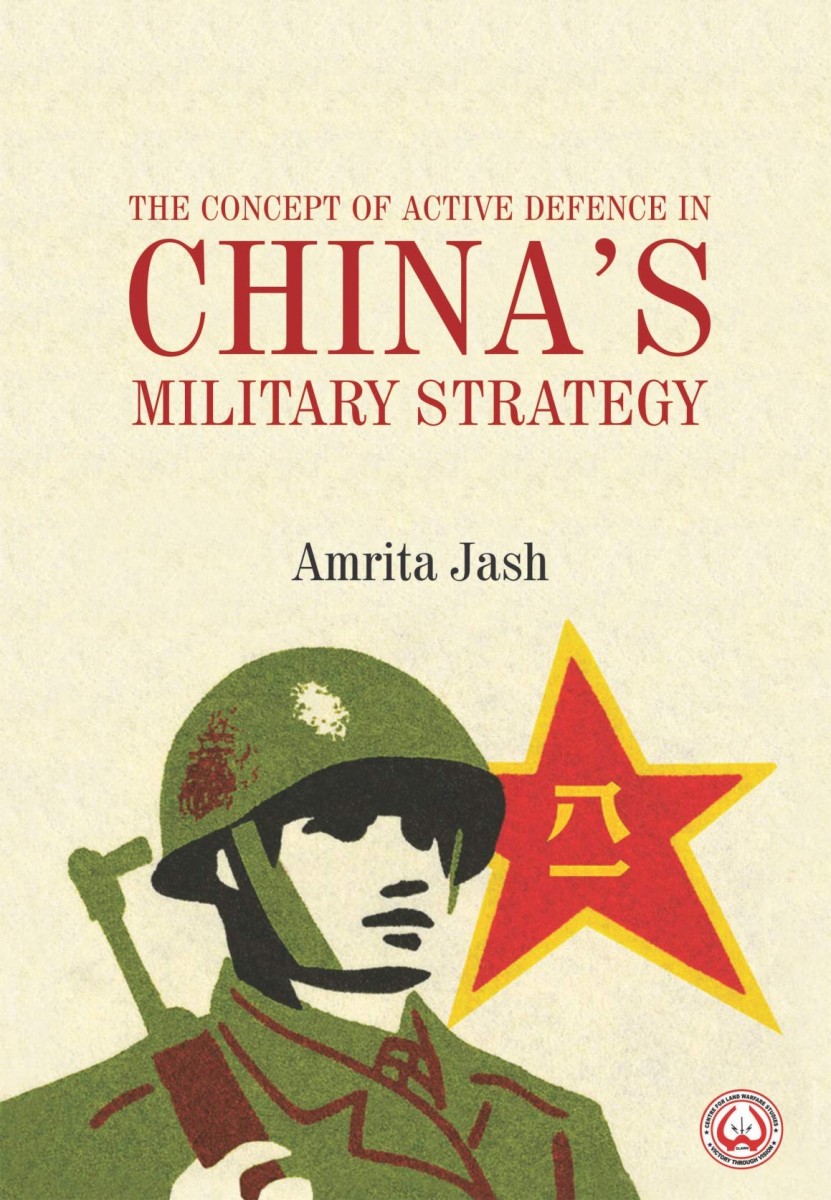 The notion of “active defence” goes back to Mao Zedong’s approach in the civil war in China, as well as the fight against the Japanese. Mao also articulated the notions of people’s war, protracted war and guerrilla war. They were incorporated into the PLA’s military strategic guideline right from the outset of the People’s Republic of China and remained current till the 1980s. As far as its interlocutors are concerned, what the PLA practices is “pre-emptive” self defence, but just at what point the pre-emption becomes an outright offensive action is not clear. So, the Chinese attack on the US in the Korean war in 1950, the 1962 war with India, the attack on Vietnam in 1979 are all seen as pre-emptive moves within the paradigm of “strategic defence,” but the Americans, Indians and Vietnamese may see things differently.

Active defence has been the key to the Chinese military posture since 1949. Almost all the White Papers since 1998 continue to emphasise the importance China’s allegedly “defensive policy” whose aim is self defence, and achieving victory only by striking after the enemy has struck with the sole view of safeguarding the national sovereignty of the country and its territorial integrity. But in the real world we know that China’s notion of its territory tends to be expansive.

The book has a number of useful graphics and tables that make it easier for the reader to get a grip on the subject. Thus Table 2.2 helps us to look at the key text, The Science of Military Strategy (SMS) in its various editions from 1987 onward which will give us a perspective as to the directions of contemporary Chinese military thinking. It leads off from the era of Deng Xiaoping which broke away from the Maoist notions of preparing for a total war, to the more realistic need to prepare for local wars. Following the US success in the first Gulf War, the next iteration of the work in 1999 incorporated the need to prepare for local wars under high-tech conditions. But these SMS documents are essentially teaching aids for the PLA institutions.

Chinese military strategy is encapsulated in the “military strategic guidelines” issued by the Central Military Commission which are not made public. They inform the PLA’s force development, planning and disposition. Jash has provided a useful discussion on the nature of these guidelines, which is important since the guidelines themselves are secret and must be inferred from the writing and speeches of various leaders and publications like the SMS.

Table 2.5 provides a useful matrix upon which we can understand the changes in the Military Strategic Guidelines since 1949. What it brings out is the increased importance that the PLA is giving to technology as well as military development of the primary direction of its interest, which is the so-called Taiwan contingency, but which really means the US.

It is not possible to do justice to the book’s depth in the short space available in a review considering the various aspects of “active defence” Jash has fleshed out, especially in its relevance to India. But this much can be said that this should be compulsory reading in our military institutions. We may not be the primary direction of Chinese strategic interests, but as the Ladakh events of 2020 show that the Chinese are paying increased attention to this secondary front as well. One of the important manifestation of this is the restructuring and re-equipping of many PLA military formation into synthetic formations that can be used in mountain warfare. Another is their redeployment closer to the LAC than they used to be in the past.

Also read: It’s Important to Understand Why Jawaharlal Nehru Felt the Way He Did About China 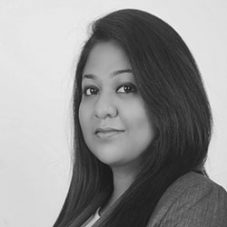 The book was published in 2021, but it is already in need of a revised edition to take into account the updation of Chinese military strategic guidelines in 2020 and the SMS revisions in 2017 and 2020.

The latest 2020 iteration of the SMS is aimed at better adapting “to the major trend in the form of warfare shifting from informationisation to intelligentisation”. This relates to the emergence of AI, robotics, biotech, hypersonics, big data analysis and so on. Another interesting feature of it is to stress the importance of political work of the PLA even in war time. This reflects the XI Jinping emphasis on greater CPC control across the board in China.

There are indications that new military strategic guidelines have also been issued which is likely to incorporate the requirement for the PLA to further adapt and innovate. So while the earlier guidelines emphasised integrated joint operations, they are likely to have shifted to “multi-domain integrated joint operations” involving land, sea, air, space, cyber, electromagnetic spectrum and also the cognitive dimension.