Balakot: The Risks of Leaving All Decision-Making to Intelligence Officials

A sure way of killing traditional democratic institutions is by conferring disproportionate powers to a chosen individual over other departments. 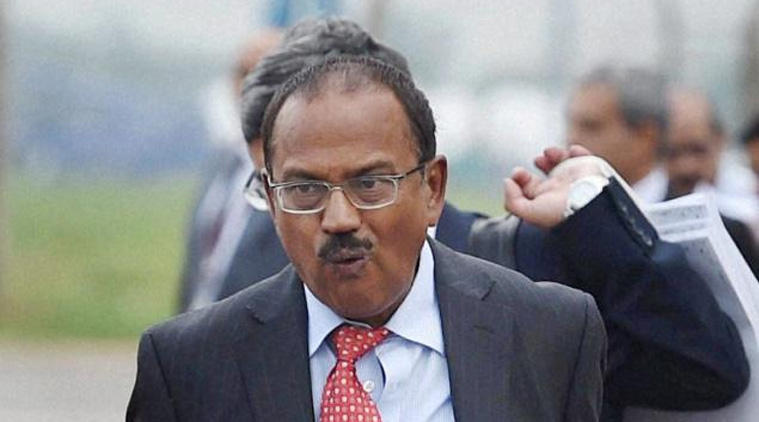 BJP Rajya Sabha MP Subramanian Swamy’s tweets are always carried by print and visual media promptly. But his sensational March 1 tweet was ignored by all.

Only Janta Ka Reporter carried it. Did our media exercise self-censorship because it was so damaging to our democratic credentials or were they under pressure not to expose the government’s decision-making style?

I learn that our smash hit operation against terror camps in Pak and PoK was conceptualised by by just seven persons: PM NSA three service Chief and IB & RAW.

Based on Swamy’s tweet, Janta Ka Reporter claimed that defence minister Nirmala Sitharaman was not informed about the IAF airstrikes on Pakistan. It quotes Swamy: “I learn that our smash hit operation against terror camps in Pak and PoK was conceptualised by just seven persons: PM, NSA, three service Chief and IB & RAW.” As far as I know, there has been no official denial.

On February 28, I published a column praising our air force for flying deep into Balakot on February 26 and targeting the Jaish-e-Mohammed’s (JeM) main training centre. However, I also added that we had, by our languid official announcement, allowed Pakistan to earn a propaganda advantage in the global media by projecting its side of the story first.

Almost all foreign media outlets had picked up Pakistan Army spokesman Major General Asif Ghafoor’s tweet and photos at 5:42 am on February 26, which claimed that IAF jets had violated the Line of Control (LoC), and when confronted by Pakistan Air Force (PAF) planes, “released a payload (munitions) while escaping”. Some reports also said, quoting local villagers, that no damage was done.

Subsequently, this subject attracted bitter polemics between the BJP and opposition parties, which complained that the BJP leadership was using the Pulwama tragedy and the airstrike to campaig for the 2019 elections. They also said Prime Minister Narendra Modi was ready to reveal the details of this operation during his public meetings but not to the opposition in parliament.

The starting point of these events was the foreign secretary’s statement that “our intelligence-led operation” on February 26 had “eliminated” a very large number of JeM terrorists, trainers, senior commanders and groups of jihadis. Subsequent public debates resembled reprehensible politics, with even responsible ministers descending to street squabbling level. Was defence minister Nirmala Sitharaman kept out of the deicision making process leading to the Balakot airstrike? Credit: PTI

The purpose of this article, however, is not to further explore what happened in Balakot. That the IAF had successfully penetrated deep into Pakistan was admitted even by the Pakistan military spokesperson. This, together with wing commander Abhinandan Varthaman’s shooting down of a F-16 jet, is enough for the air force to earn international plaudits.

However, in this process, what is forgotten is the decision-making system over such situations, as revealed by Subramanian Swamy – a cause for serious concern.

A sure way of killing traditional democratic institutions is by conferring disproportionate powers to a chosen individual over other departments. This practice becomes even more objectionable when that individual’s position has no sanction of law. In this process, statutory departments are bypassed by non-statutory authorities on policy decisions and implementation.

This has been done to the present national security advisor’s role in the government. It is unimaginable that any democracy would have kept their defence minister, who is answerable to parliament, out of the decision-making process of her own department, while the rein for operations is held by an official much lower in rank.

The exemplar of all national security council (NSC) systems in the world is the US body which was created through a law in 1947 by the US Congress; this was to give institutionalised support to the president in designing national security strategy.

It was also to check future repetition of the highly personalised management of security policy by President F.D.Roosevelt during the Second World War. Most other NSCs in other democracies are modelled on the US system.

No better literature on the role of NSC is available than the Tower Commission report. This was instituted by President Ronald Reagan on December 1, 1986 to probe what is known as the ‘Iran-Contra Affair’, in which the NSC was involved in covert operations to supply arms to ‘Contras’ fighting the Communist Sandinista government, violating Congress policy. Funds for this came from the inimical Iran, which received American weapons secretly.

This incident created great public uproar. People quoted Roman poet Juvenal: “Quis custodiet ipsos custodes?” (“Who will watch the watchmen?”) The Tower report laid down limitations of the NSC system: the NSC is not an executive or supervisory body. It is merely a back office of the president, presenting a full picture and suggesting different policy options, which are to be implemented only through statutory executive departments. It also monitors implementation through “coordination and not domination”.

Most other countries have followed the American practice of the NSC/NSA being in charge of only coordination without domination. The UK NSC was set up in 2010 through an executive order as part of the cabinet office to place comprehensive analyses before the PM and cabinet.

Parliamentary committees like the Joint Committee on the National Security Strategy and the Defence Committee have oversight roles over the working of the NSC and NSA. Their reports are available openly. In Canada, the post of NSA is only an associate secretary – a middle-ranking bureaucrat in the Privy Council Office.

In Australia, the post of NSA, which was created by Prime Minister Kevin Rudd in 2008, was abolished by Prime Minister Tony Abbott in 2013. Presently, the National Security Committee of the cabinet, which they call the NSC, performs these functions. It is serviced by the prime minister’s office.

The Japanese NSC was formed in 2013 for “top down” decision-making, deeper integration of intelligence and inter-agency coordination for policy formulation on defence and foreign policies as well as crisis management. It is chaired by the prime minister and attended by four important ministers as “pillars” (core group) along with the chief cabinet secretary and the secretary-general of national security, who works in the chief cabinet secretary’s office.

The Soviet invasion of Afghanistan

The glaring instance of disastrous consequences to the entire world, due to lack consultation and absence of checks and balances in one country, is the chain of events which led to the Soviet invasion of Afghanistan. On January 28, 2019, the Washington DC-based George Washington University released a set of secret American and Soviet documents on the decision-making which led to the Soviet operation “Storm 333” on 27 December, 1979.

It resulted in US counter-moves like support to the Mujahideen for over ten years. Later events which traumatised the world were the Soviet withdrawal in 1989, rise of the Taliban and Osama bin Laden, 9/11 and global terrorism – ending with the Islamic State.

The released documents on Soviet politburo debates in March 1979 and later show that the Kremlin had at first refused repeated Afghan requests by President Nur Muhammad Taraki for expanded military support after the 1978 Saur Revolution.

However, a dramatic change in Soviet thinking occurred in October 1979. “Instead of the extensive debate and consultation with experts that characterised the March 1979 politburo-level refusal to send Soviet troops to Afghanistan, decision-making in late 1979 centred in a small group of top officials headed by KGB chief Yuri Andropov, who increasingly sought intervention.”

This was when President Hafizullah Amin summoned US diplomat Archer Blood on October 27, 1979. Andropov misread this meeting and wrote a handwritten memo early in December 1979 to Leonid Brezhnev, suggesting intervention.

However, the transcript of the 40-minute Amin-Blood meeting, now released, did not contain any conspiracy against the Soviet Union. Blood had stated, “Except for a strong interest in US development assistance, I did not succeed in soliciting from President Amin any specific suggestions… In the interest of improving our bilateral relationship”.

This one example will show the risks of leaving all decision-making only to intelligence leaders based on secret information, without cross-checking with other stakeholders – including cabinet ministers who are answerable to the public through Parliament.

Vappala Balachandran is a former special secretary, cabinet secretariat and member of the two-man high-level committee which probed the police response to the 2008 Mumbai terror attacks.