Why Is the Military Disowning Agnipath’s Pension Saving Element?

Despite concerns over ballooning service pensions dominating the narrative during General Rawat’s tenure as CDS, the DMA and military leadership have lapsed into radio silence over the matter.

Chandigarh: India’s armed forces are rejecting their own earlier assertions that the principal motivation behind the Agnipath scheme to recruit personnel below officer rank (PBOR) was to economise on the services’ burgeoning pension bill.

As youths rioted across the country against the Agnipath proposal, senior officers from all three services and the Department of Military Affairs, temporarily headed by Lieutenant General Anil Puri in the rank of additional secretary, unanimously declared that savings on pension payouts were ‘most definitely’ not a consideration behind the proposal to annually induct some 50,000 short-term PBOR. This number is expected to escalate to 1.25 lakh a year, to compensate for personnel shortfalls, especially in the Indian Army (IA), precipitated by the COVID-19 pandemic, during which no recruitments occurred.

Lt General Puri, in fact, had even gone to the extent of stating in an interview to NDTV over the weekend, that the Agnipath scheme, as initiated by the DMA had any mention at all of or reference to pensions. The three-star officer was merely echoing defence minister Rajnath Singh who, whilst announcing the Agnipath plan in New Delhi last week had surprisingly declared that saving on pensions was the ‘last thing on the government’s mind’. The respective service chiefs too had repeatedly endorsed this standpoint since, in television news channel appearances to calm down the agitated demonstrators.

But many veterans disagreed, arguing that denying the pension aspect was ‘highly disingenuous’ on the part of the services, as it remained the principal plank underpinning the PBOR recruitment scheme mooted in 2020-21 by the late Chief of Defence Staff (CDS) General Bipin Rawat, to effect savings.

They surmised that in all likelihood, the rationale behind the military disowning Agnipath’s pension element was that the DMA had simply not comprehensively accomplished their pension computations. Or alternately, they had, but under ‘advisement’ from Prime Minister Narendra Modi’s BJP-led government, had opted ‘conveniently’ to ‘soft-pedal’ this facet for ‘unspecified’ political considerations, which remained open to speculation.

Also Read: Agnipath is a Marketing Trick in Which Job Destruction is Being Sold as Job Creation

Initially, however, the DMA had estimated that the saving on a solitary Agniveer who served out his full four-year term, instead of the standard 17-year ‘colour service’ undertaken by long-term inductees into the army, and their equivalents in the Indian Navy (IN) and Indian Air Force (IAF), would total to around Rs 11.5 crore, equaling a cost-cut of Rs 11,500 crore for every 1,000 PBOR.

Thereafter, it had inexplicably lapsed into radio silence over the matter, before choosing in recent days to dump it entirely, despite concerns over ballooning service pensions dominating the narrative for two years during General Rawat’s incomplete tenure as CDS. “The escalating pension problem has certainly not evaporated,” said a retired two-star IN officer. It’s just been sidetracked and bypassed by all three services for enigmatic reasons, which they need to explain, he added, declining to be named.

Deposing before the Parliamentary Standing Committee on Defence in February 2020 General Rawat, who was also secretary of the DMA, had proposed multiple radical schemes to reduce escalating pensions, which were steadily depreciating the declining yearly defence outlay. These included paying officers retiring prematurely between 60-75% of their pensions, depending on their service tenures, alongside other schemes to further engender frugality.

Ironically, General Rawat also told the Committee that he had asked the three Service Headquarters for their recommendations on allowing PBOR to serve till the age of 58 years, instead of retiring at the age of 38, when they were forced to look for alternate employment. “It (this job hunting) is not giving dignity to the man,” Genera Rawat had stated at the time, in a statement that will doubtlessly find favour with 75% of the Agniveers who will be demobilised after their four-year tour of duty from 2026-27 onwards, to face uncertain futures and even possible unemployment.

What is the problem if a jawan serves till the age of 58 years, the CDS had then asked. 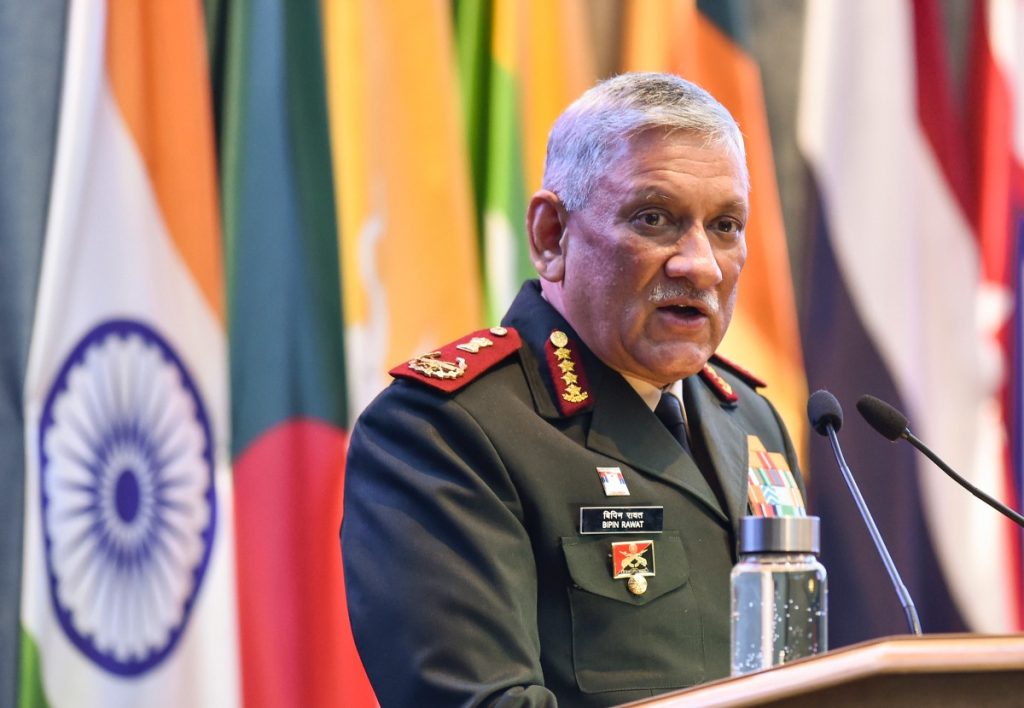 Needless to add, both proposals under hectic service lobbying by the armed forces had lapsed into the Tour of Duty (ToD) plan which, in turn, has now morphed into Agnipath. The pivot for both proposals was driven essentially by pension saving considerations, from which the military is now distancing itself for shadowy and mysterious reasons, stressing merely the alluring aspect of fielding a youthful military through Agnipath.

“The government and the armed forces should be honest and forthright in stating that bringing down the pension bill is one of the prime motives behind Agnipath,” defence analyst Lieutenant General K.J. Singh (retired) told The Wire. The other major factor behind Agnipath was force rationalisation and an eventual reduction in overall force numbers, especially in the army in order to render it mean and lean and operationally effective, he declared.

Earlier, in a panel discussion on NDTV on Monday night Lt General Singh, who retired as the Western Army Commander in 2016, had stated that the services’ declared aim of reducing the age profile of their PBOR from 32 to 26 years under the Agnipath Plan, was an ‘exaggerated requirement’. “Any infantryman who has to negotiate precipitous icy slopes, and undertake rope and rock climbing under enemy fire, needs to be an experienced soldier and not a novice,” he said. Few Agniveers would be able to accomplish such tasks easily, he added.

Retired Air Marshal Anil Chopra, who heads the Centre for Air Power Studies in Delhi, was also of the view that the national exchequer needed to save money on pensions which, in turn, could be employed to modernise the military. Writing in the Hindustan Times on June 13, he cited the DMA’s calculations in ‘prospective life-term saving’ of Rs 11.5 crore in recruiting an Agniveer, as opposed to a jawan who left after 17 years of service with pension and other benefits.

Defence budget management, the former fighter pilot stated, was essential, as significant funds were needed for capital acquisitions. Furthermore, he pointed out that no other major country had such ‘adverse capital to revenue expenditure and pension bill ratios’ as India, all of which needed righting. “It is hoped that the money saved (on pensions from the Agnipath scheme) would be used to focus more on the advancement of technology and military modernisation,” said Air Marshal Chopra.

The Indian military’s capital to revenue ratio expenditure, which includes salaries and operating costs, is a disproportionate 39.54:60.46. Besides, in Financial Year 2022-23 service pensions equalled Rs 119,696 crore of the overall defence outlay of Rs 525,166 crore, or a humongous 22.79 % – which too was progressively escalating.

Meanwhile, the IA Vice Chief of Staff Lt General B.S. Raju claimed that the Agnipath scheme was being rolled out as a ‘pilot project’ and would be ‘tweaked’ after four or five years if needed, once the services had ‘reasonable data’ on its progress and advancement. Agnipath was a work in progress, Gen Raju declared in an interview to the Indian Express on 20 June, adding that the government had repeatedly declared its amenability to modifying it, based on the services’ experience. But he was unable to predict what ‘necessary changes’ could or would be effected on any front for the scheme that permanently replaces decades-old military recruitment procedures and tours-of-duty

A cross-section of veterans, however, differed.

“Should the services determine after five years that the Agnipath scheme was unworkable, what will happen to the 250,000 Agniveers who by then would already have been conscripted and many demobilised?” asked a two-star IA officer.

They could just end up as victims in an experiment gone wrong, he ominously warned.