While the three service chiefs praised the 'radical' scheme, a cross section of serving and retired officers are not convinced about its ability to reduce pension payouts and the introduction of All-India All-Class regiments.

Chandigarh: The government’s new lapsable Agnipath scheme to recruit personnel below officer rank (PBOR) into the Indian armed forces for four years – with the twin objectives of fielding a more youthful military and economising pension pay-outs – has been variously received by serving officers and veterans.

While some senior officers, including the three service chiefs on Tuesday lauded inducting the “Agniveers” (fire warriors) under the Agnipath scheme – scheduled to begin in mid-September – as a replacement for the legacy military recruitment model inherited from the Colonial administration, a cross-section of serving and retired service officers vehemently disagreed.

Even retired Major General G.D. Bakshi, who crowns the bank of aggressive armchair gladiators dominating evening television news, stridently supporting the government on most military and security issues, tweeted on Tuesday that he was ‘flabbergasted’ by the scheme. “I thought initially it was a trial being done on a pilot basis. [But] this is an across the board change to convert [the] Indian armed forces to a short-tenure quasi-conscript force like the Chinese,” he declared.

“For God’s sake PLEASE DONT do it,” Gen Bakshi pleaded in his tweet, but to little avail as the Agnipath scheme is already done and dusted. 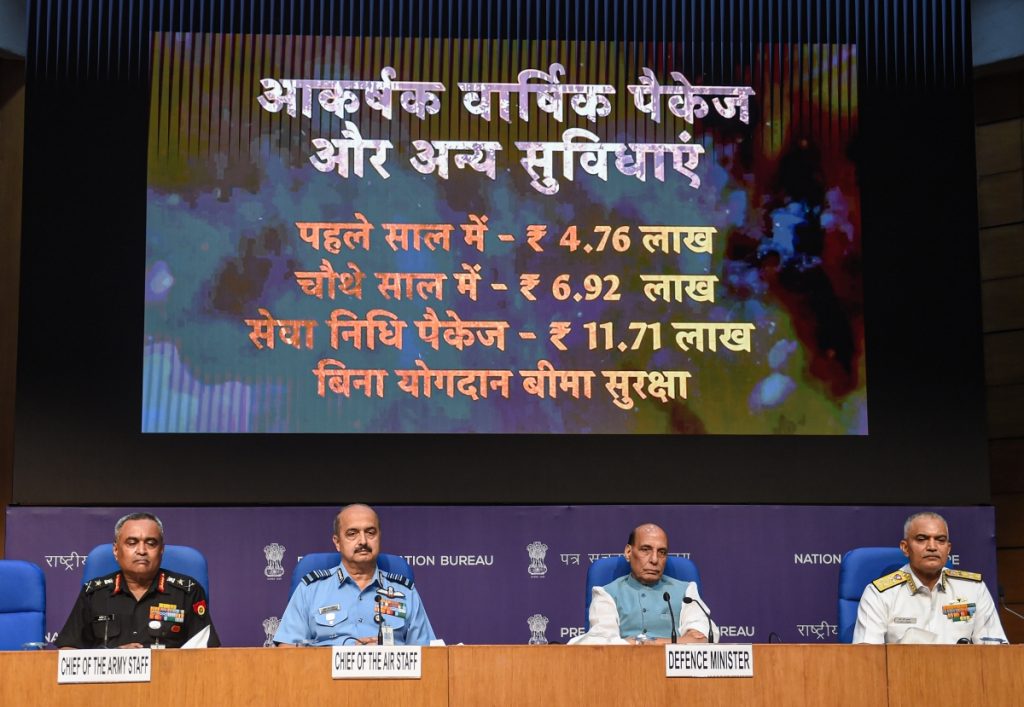 Its proponents also forcefully argued that the ensuing All-India All-Class (AIAC) regiments, comprising Agniveers recruited collectively from across the country, would initiate a long-pending change from the caste and ethnic parameter norms inherited from the British. Blithely ignoring India’s distinctive cultural, regional and historical perspectives, they cited recruitment policies of the Israeli and Chinese militaries, amongst others, where such intermingling, similar to that planned under Agnipath, had proven efficacious. Conveniently, they omitted to mention the racial and national homogeneity in these two countries in their anxiety to emphasise their points of view.

Veterans, however, continued to maintain that these exclusive ethnocentric units, some constituted over 150 years ago, if not earlier, had performed valiantly in conflicts since independence. Hence, they rationalised that diluting the existing ethnic or ‘tribal’ regimental freemasonry would only degrade battlefield efficiency, especially that of the Indian Army (IA).

In short, in this hugely emotional debate, these worthies simply reasoned: if it ain’t broke, don’t fix it.

And while the operational efficacy or inadequacy of the proposed AIAC units remains debatable, and would ultimately be determined in years to come, there are numerous other basic aspects of the Agnipath scheme which remain questionable, and tenuous and bear closer scrutiny. Many such facets expose obvious shortcomings in the plan, which the government and the services and their numerous advisory think tanks had either ignored – or worse, connived at to propagate another politically populist measure without adequately thinking through its myriad ramifications for a military in a perpetual state of “no-peace-no-war”.

As announced by the Department of Military Affairs (DMA), the Agnipath plan – initially mooted as the Tour of Duty scheme by General Bipin Rawat, the late Chief of Defence Staff (CDS) over two years ago – involved the annual countrywide recruitment of 30,000-40,000 PBOR aged between 17.5 and 21 years for all three services, for a four-year tenure.

Thereafter, all Agniveers would be discharged, but 25% of them re-inducted soon after to complete their ‘colour service’ in the military for another 15 years, predicated on their previous performances. This, in turn, would render them eligible for pension and attendant retirement benefits, but their previous four years would not be considered in determining these.

The remaining 75% of Agniveers would be demobilised, each receiving Rs 11.71 lakhs as a tax-free severance package under the Seva Nidhi scheme, to which they would individually have contributed 30% of their monthly emoluments whilst in service. Their monthly salary for the first three years would be Rs 30,000, rising to Rs 40,000 in their fourth and final year. Alongside, all Agniveers would be eligible for free medical benefits and risk and hardship, ration, uniform, travel and sundry allowances, as applicable to regular soldiers.

Each Agniveer would also be covered by a Rs 48 lakh non-contributory insurance cover, whilst an additional Rs 44 lakhs would be paid to his family in the event of his death during deployment. Additionally, if he died prior to completing his four-year term, his family would be forwarded his salary for the balance service period, in addition to the earlier mentioned severance gratuity. Varied other one-time payments would also be forthcoming for disabilities attributable to operational reasons.

Nevertheless, service officers said that the ‘fine print’ of the four-year tour of duty, which was not highlighted by the DMA, was revealing.

They said that during his 48-month tour of duty, each Agniveer would, perforce spend six months undergoing training and instruction, before being operationally deployed. Once so, he will, like other regular PBORs be eligible for eight months of annual and four months of casual leave during his tenure, all of which aggregates to a total of 18 months. Thus, this would essentially imply that all Agniveers would be operationally employed for just 30 months, or two-years-and-a-half unless, of course, the services opt to downsize their time-off to ensure longer utilisation on the job and a bigger bang for the buck.

Furthermore, many serving and retired officers dubbed the six-month training spell as ‘inadequate’ and ‘unsatisfactory’, as it normally needed 3-5 years for all military PBOR – including those in the tech-oriented Indian Air Force (IAF) and Indian Navy (IN) – to be deemed ‘battleworthy’ and ‘suitably proficient’.

“There is no way to fast-forward training in the services,” declared military analyst Major General Amrit Pal Singh (retired). He said that an Agniveer joining a front-line IA unit after merely six months of rudimentary weapons and battlefield training would definitely end up becoming a burden on other grizzled troops in his battalion who, for their part, had undergone extensive training in varied high altitude, desert and jungle terrain.

“Besides, by the time the Agniveer does gain operational capability and proficiency, he will be de-mobilised and his departure would only jumpstart the entire sequence all over again,” the two-star officer added. 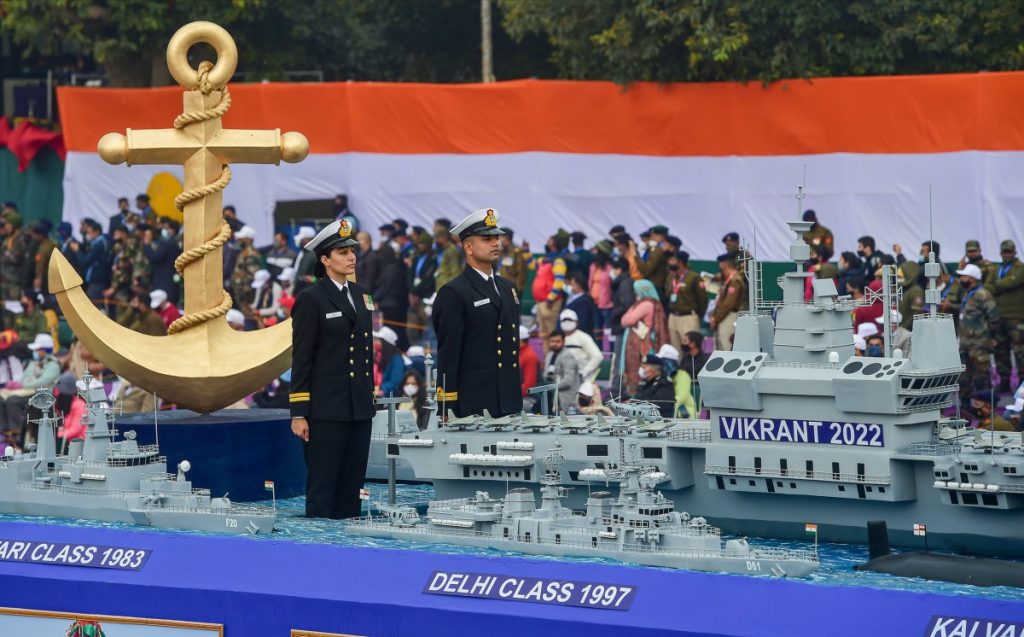 How much money can the military save?

The other major justification for incorporating Agnipath was the savings that would accrue to the government by curtailing pension pay-outs, which had averaged just under a quarter of India’s overall defence budget for years. In the financial year 2022-23, for instance, service pensions equalled Rs 119,696 crore of the overall defence outlay of Rs 525,166 crore, or a massive 22.7%, leaving limited funds for the military’s continually-deferred modernisation.

So far, neither the Ministry of Defence (MoD), nor any of the service headquarters, or any associated department had indicated the savings the exchequer would effect via the Agnipath scheme. When asked about this by a reporter on Tuesday, defence minister Rajnath Singh ironically stated that his government did not look upon the armed forces from the ‘savings’ viewpoint, despite the fundamental financial rationale being a principal bedrock of the Agnipath plan. Instead, Singh grandiosely stated that the government would not hesitate in spending more on the military if needed, as it concerned national security, even though the defence budget (as a share of the total budget) has been declining in recent years.

“Since the MoD has not been upfront about the likely savings the Agnipath scheme would engender, speculation is rife in the fauji langar or bush telegraph regarding its true financial impact,” said a veteran specialising in the ministry’s byzantine and tortuous accounting practices. He said that a cursory, back-of-the-envelope calculation, based largely on Tuesday’s announcement, signalled “limited savings” over an extended time period that would kick in 15-20 years hence, by which time the technologically-enabled battlefield would be completely transformed.

Based on 40,000 Agniveers being recruited annually and 10,000 of them re-inducted thereafter, these complex reckonings indicated that the consequent savings may be no more than some Rs 3,710 crore or 0.70% of the MoDs current allocation.

So, hypothetically if 10,000 of 40,000 Agniveers were retained and 30,000 retrenched, the overall payouts, taking retirement benefits like pension and gratuity into account, would be some Rs 5,710 core. But, on the other hand, if all 40,000 were retained, the bill would be around Rs 9,440 crore or Rs 3,710 core more, which though not unsubstantial, was not an amount large enough to significantly impact military modernisation.

It is only germane to mention that in the absence of hard data, these determinations were based on gratuity and monthly pension payouts, approximate commuted value of pensions and leave encashment disbursements and the severance package of Rs 11.70 lakhs for each Agniveer and other diverse financial considerations

Perhaps, in view of the excited emotions and ferment the Agnipath plan is perpetuating, the MoD or the services, or even the Union finance ministry, could provide relevant fiscal data underlying this new recruitment scheme and summarily silence its critics.

After all, as they say, money speaks in a language everyone understands; and when it does talk, there are few interruptions.