People in the Valley fear the government is preparing for an extended period of trouble on both the external and internal front. 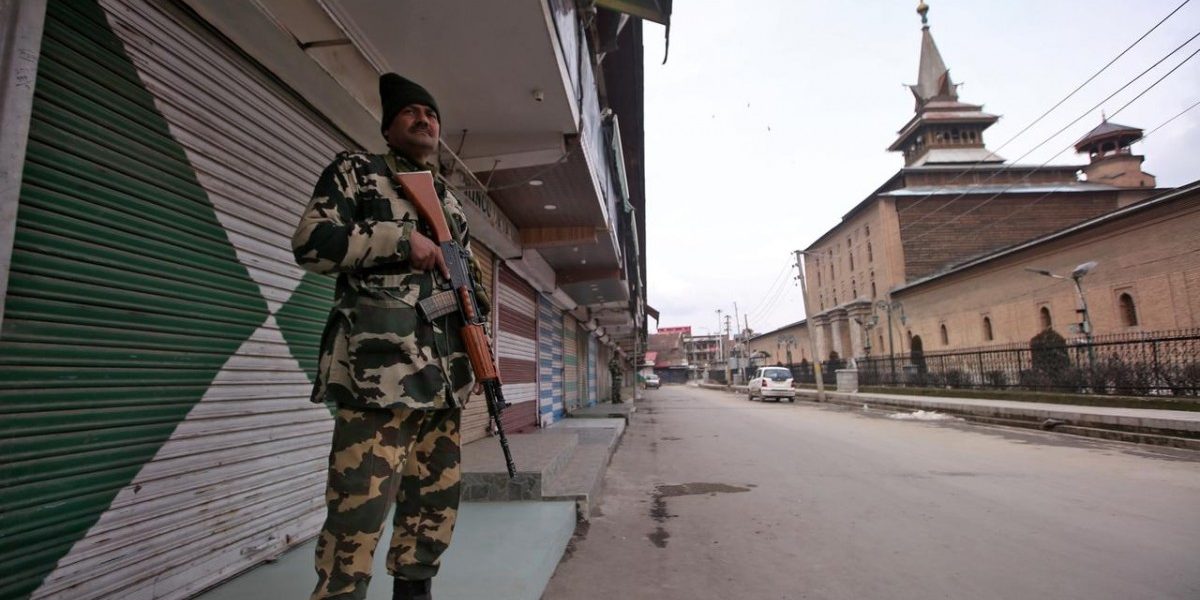 Srinagar: Two separate orders issued by the J&K government directing hospitals to stock up on medicines and setting a deadline for the food department to complete the distribution of rations in the Valley have added to an already tense situation in Kashmir, coming as they do after a crackdown by the police on the Jama’at-e-Islamia and the arrest of separatist leader Muhammad Yasin Malik.

The orders, described by many as unusual and even frightening, triggered speculation that the government may be hunkering down for a long period of trouble on both the external and internal fronts.

Talk about a possible confrontation between India and Pakistan in the aftermath of the February 14 suicide bombing of a CRPF convoy in Pulwama has added to popular anxiety, forcing regional political parties to plead with the Centre to come clear on the reasons for the orders, the deployment of around 10,000 additional troops in Kashmir and its stand on Article 35A of the constitution. The article, which gives the J&K legislature the power to define who a permanent resident of the state is and what restrictions can be imposed on non-residents in terms of employment, residence and acquisition of property in J&K, is being challenged in the Supreme Court.

“People in the valley, especially the cities and towns, are taking everything said or done as a sign that some big trouble is just around the corner. People are hoarding food and fuel. Some government orders are adding to the sense of panic,” tweeted former chief minister Omar Abdullah.

The Centre, he wrote, needs to take steps to reduce the panic. “…let’s hope someone in the government is listening,” Omar wrote.

Issued by director health services Kashmir, the order asked CMOs to treat the matter as “most urgent”. “The situation is tense. It is important to remain alert,” the director said.

Government Medical College (GMC) Srinagar, which controls the functioning of four main tertiary-care hospitals in the city, has cancelled the winter vacation of the entire faculty and directed them to report for work on Monday.

These fresh directions came a day after state chief secretary B.V.R. Subrahmanyam visited the college and asked its principal, Saima Rashid to keep ready emergency services in all hospitals, a source said. Rashid said they were making preparations in view of the “prevailing situation”. The hospitals have been asked to prepare “special rosters” to deal with any kind of exigency.

A separate order issued for hospitals across Jammu also asked them to finalise readiness to deal with “any kind of situation”.

As fear-stricken people were trying to make sense of that order, the state food department, which supplies  essentials through its outlets across the Valley, directed staff members in Srinagar and elsewhere to expedite the sale of food grains. The department decided to keep ration depots and outlets open on Sunday.

While people were queuing up outside groceries, petrol station owners in Srinagar said they received direction from the government to limit the supply of petrol and diesel to three and 10 litres respectively, per customer. The authorities tried to clarify that the step followed the recent closure of the Srinagar-Jammu highway. But there weren’t many takers for  this explanation.

Late Saturday evening, an order issued by the additional director general of police (armed) asked senior rank officials to keep manpower ready for deployment for law and order situation. “All the manpower posted/attached in your respective offices including pipe bands may be kept available and in a state of readiness for their further deployment for law and order situation,” reads the order titled “most urgent”.

It directed the offices to shift the men to the police centre in Zewan in Kashmir, and Channi in Jammu.

This order came a night after the ministry of home affairs ordered the rushing of an additional 100 companies, almost 10,000 troops of the CRPF, to the Valley on an “urgent basis”. The government has already decided to deploy the BSF and ITBP in several areas of Srinagar, the first time in more than 14 years.

This buildup prompted Shah Faesal, the iconic former administrator who quit the IAS recently to join politics, to appeal to the government of India to explain what was happening.

“Prime Minister @narendramodi, we haven’t slept last night and we don’t know whether we are going to wake up alive tomorrow. People are avoiding movement and hoarding essential items; it is a doomsday feeling. Can someone tell us what’s happening here? Kashmir wants peace,” Faesal wrote on Twitter.

With local speculation focusing around the future of Article 35A, political parties have warned the Centre against tinkering with it. “Article 35A is matter of life and death for people of the state,” the Peoples Democratic Party said, while questioning the Modi government’s strategy to turn the “already disturbed situation more chaotic and violent”.

On the other hand, Peoples Conference chairman Sajjad Lone, who was an ally of BJP in the previous government, reminded the Centre that President’s rule was a temporary measure to carry out day-to-day routine functions and was not meant for any major policy decisions. He said tinkering with the constitutional provisions which governed J&Ks relationship with India was a “dangerous trend”, which will have “serious repercussions.”

On Saturday night, governor Satya Pal Malik termed the prevailing situation “normal” which doesn’t require “me commenting”. He linked the build up of troops to the upcoming visit of the Election Commission in the first week of March for taking a call on holding parliament and state assembly polls together.

Lone immediately contradicted the governor. “Attributing [the present situation] to elections makes things worse. Elections have been held in the past too. But the current state of alert was never there in the past,” he said.