The target was CRPF and police, but 12 civilians were injured out of whom four were rushed to a Srinagar hospital. 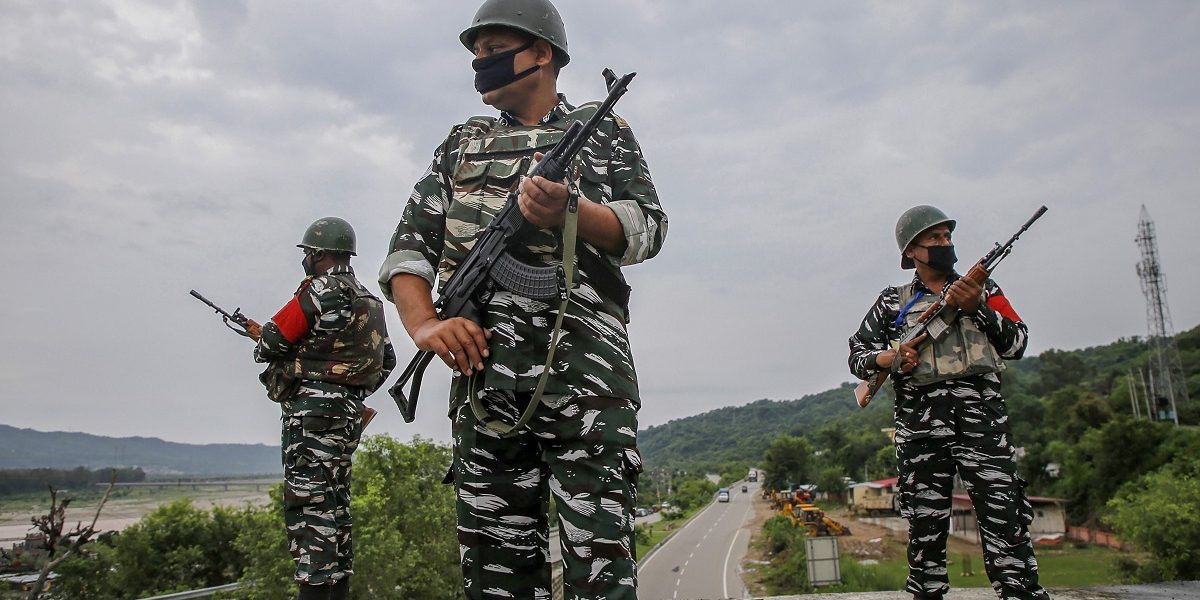 Srinagar: The four militants killed in an encounter with security forces in Jammu region were on their way to the Kashmir valley to disturb the District Development Council (DDC) polls scheduled later this month, as Pakistan has been trying to cause trouble in the political process, a top police officer said here on Thursday.

Four suspected Jaish-e-Mohammed militants were killed in the encounter near the toll plaza in Ban area of Nagrota on the Jammu-Srinagar national highway this morning.

For the last few days, Pakistan has increased attempts to infiltrate militants into this side and to disturb the elections for which the process is on. In this context, Jammu Police and security forces have done a good job by neutralising four Pakistanis (militants). Their (militants’) aim was to come to Kashmir to disturb the election process, Inspector General of Police (IGP), Kashmir, Vijay Kumar told reporters on the sideline of a function here.

The IGP said there were apprehensions about militants targeting the elections, but the security forces were fully prepared to deal with the situation.

Whether there is an election or August 15 or January 26 or even a VIP visit, apprehensions are always there, but we are fully prepared… We are providing security to the candidates and they have started going to the field for campaigning from yesterday and there is nothing to fear, he said.

Kumar, however, said providing security to each candidate contesting the polls, which begin on November 28, 2020, was difficult.

Providing security to each candidate is difficult. We are providing them with collective security and they are being put up in secure areas. Whenever any candidate goes out for campaigning, we provide a double escort with him and secure the area for him to the campaign, he said when asked that the candidates were alleging they had not been provided security.

On a question about the number of militants waiting at the launch pads across the Line of Control (LoC) to infiltrate into this side, the IGP said there were inputs that about 250 militants were there, but the security forces were alert to foil Pakistan’s designs.

Asked about Wednesday’s grenade attack in Kakapora area of south Kashmir’s Pulwama district, Kumar said the police have identified the militant behind the incident.

It was an unfortunate incident. The target was CRPF and police, but 12 civilians were injured out of whom four were rushed to a Srinagar hospital, but their condition is stable. We have identified the militant who threw the grenade and we are after him and will arrest him soon, he said.