The Army Was Peddling Its Sexism by Proxy, But the SC Was Not Fooled

The government had said that "rural Indian men" would not take orders from a woman commander.

Captain Tania Shergill, a woman army officer, led the all-male army contingent at the Republic Day Parade this year. A euphoric media hailed it as Nari Shakti and ‘women power on full display’. The balloon burst rather quickly as a few days later in the Supreme Court, the government opposed giving commanding officers’ posts to women officers in the army.

Fortunately the Supreme Court saw beyond that argument on Monday, and even criticised the Centre’s mindset.

The stark contradiction between what the government said in court and how it gave Shergill an important role can only mean that the army wants women officers essentially as decorative showpieces. It is their attempt to hoodwink the international community that, in keeping with the times of gender equality, Indian armed forces also recruit women. This is not fundamentally different from the stereotyped depiction of women in many of our films and TV serials where the women are shown bedecked in jewellery; that is, well provided for, but they do not have any real say in family matters except indulging in petty conspiracies.

To top this regressive sexism and hypocrisy they have given a ridiculously flawed argument that the “composition of rank and file being male predominantly drawn from the rural background with prevailing societal norms, troops are not yet mentally schooled to accept women officers in command of units”. General Bipin Rawat, as the chief of army staff, had said the same thing in December 2018. This argument typecasts and insults rural Indian males by presuming that all of them are necessarily sexist, chauvinistic and patriarchal. Who said so, and on what basis? Since there is no evidence to support such a notion, it follows that the army is actually trying to conceal its own inherent sexism under the cover of the mythical ‘rural Indian males’.

Also read: Women in Combat: The Navy Chief Spoke Sense but the Army Chief Did Not

For the army’s information, men from rural background take up myriad other jobs also, particularly in semi-urban areas. The constabulary in state police and paramilitary forces also, for example, comes mainly from rural areas. If this argument were to be accepted, they should also refuse to take orders from women officers. However, police and the paramilitary forces have had women officers for quite long. Going by the Centre’s logic, the male paramedical staff in hospitals in semi-urban areas should refuse to take orders from women doctors; the supporting staff in schools, colleges and universities should stop taking orders from women teachers and principals, and so on. 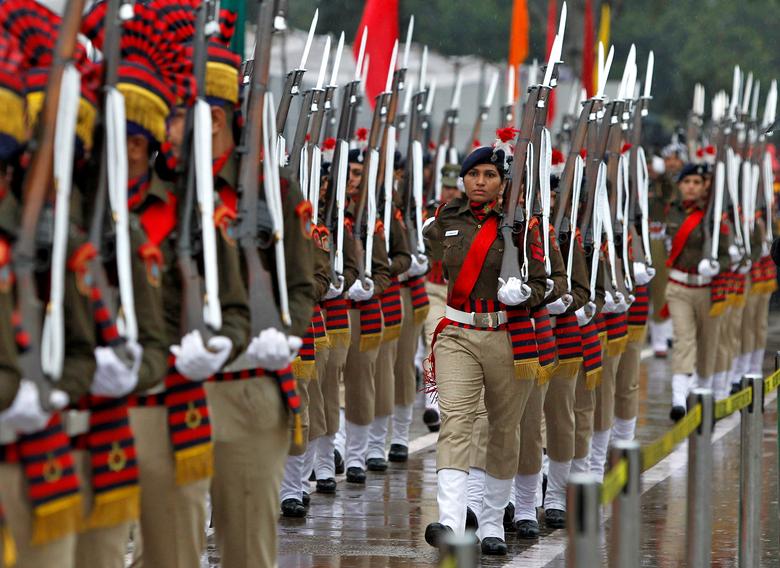 If rural Indian men can work under women in a thousand other organisations, there is no reason to believe that they cannot do so in the army. The mere fact of joining the army gives them neither an extra shot of testosterone nor any refresher course in misogyny. Many people try for the army and, failing that, take up jobs where they might have to work under women.

In any case, after retirement, they have no option but to take up such jobs. Many bank managers, for example, are women and the security guards are ex-servicemen. Their so-called rural societal norms have never come in the way of working as security guards.

In fact, Lt. Gen. D. S. Hooda (Retd) holds that women officers are already in command positions at the lower levels, commanding platoons and companies, and there is no factual evidence to support the claim that male soldiers are not accepting orders from women because of their mental schooling. What then is the problem with women commanding bigger units? Obviously, the real problem is the male chauvinism of the senior officers, which they are trying to pass on to the ‘rural Indian male’.

The oft-quoted argument of lower physical standards of women is no longer valid in modern warfare and combat. Ever since humans invented firearms and stopped fighting with swords and spears, sheer brawn has ceased to be of any critical value. In fact, most modern military weapons are so light and recoil-free that even kids can fire them. Child soldiers by the tens of thousands have been a constant feature in Afghanistan, for example, since the Soviet-Afghan War.

Only the Special Forces might require great physical strength for a few operations, such as for the big “Yomp” across East Falkland, when elite British troops marched 40 miles in three days carrying all their personal equipment with packs weighing up to 110 pounds (over 49 kg)! That was a historic exception and most regular male soldiers also would fail in them!

In the US, in 2013, defence secretary Leon Panetta removed the military’s ban on women serving in combat roles. In December 2015, defence secretary Ashton Carter made it clear that starting in 2016 all combat jobs would open to women. By March 2016, he approved final plans from military service branches including even the US Special Operations Command to open up all combat jobs to women because exceptional situations like the big “Yomp” across East Falkland are extremely rare. 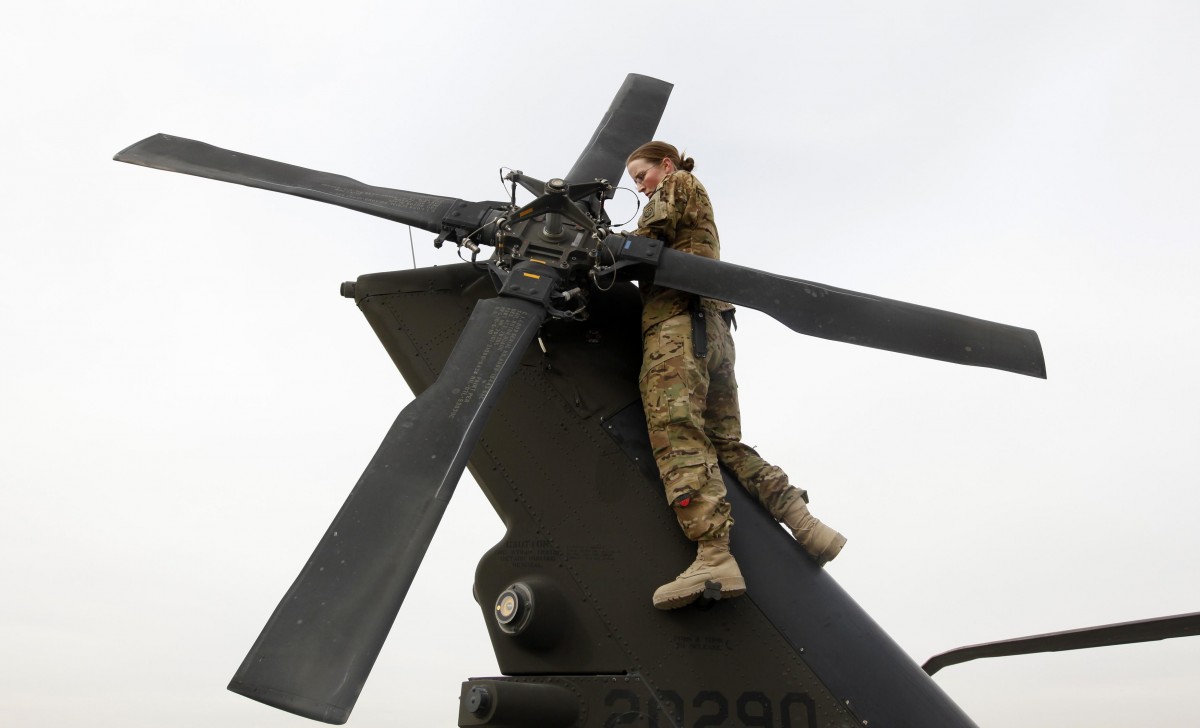 US Army Specialist Nicole Derk of the C Company 3/82 Dustoff MEDEVAC performs a system check on a helicopter at the beginning of her shift in Logar province, eastern Afghanistan, November 21, 2011. Photo: Reuters/Umit Bektas

Also read: Here’s What People Across the Spectrum Have to Say About Women in the Military

In England, David Cameron opened frontline ground fighting jobs to women in 2016 including elite Special Forces units like the SAS and Royal Marines. In 2017, Theresa May personally congratulated the first woman officer commissioned into the Royal Tank Regiment. In March 2019, a woman junior NCO passed one of the toughest courses of the British Army at Brecon Beacon and would command infantry troops. In fact, as many as 14 NATO countries including France, Germany, Belgium, Greece, Netherlands, Denmark, Czech Republic, and Canada have three-star women officers currently serving in their armed forces.

There is no need to appeal to the army for a change of mind-set. Sheer logic, as well as precedent from other countries, demands that if they have to have women in the army, they cannot be allowed to retain them as mere showpieces for the Republic Day Parade or for performing stunts on motorbikes, basically for the amusement of spectators.

Shorn of all the tokenism of women’s empowerment, the bitter truth is that in the UNDP Gender Inequality Index, we come at 122 amongst 162 countries, with even neighbours China, Myanmar and Sri Lanka above us. Paraphrasing a quote from Macbeth, women officers must insist, “If aptitude will have me an officer, why, aptitude will have me commanding troops too!”

Dr. N.C. Asthana, a retired IPS officer, has been DGP Kerala and a long-time ADG CRPF and BSF. Of his 46 books, eight are on counterinsurgency operations and the science of combat. Views are personal.