IAF Lore: When Those Magnificent Men Took their Flying Machines to Delhi for 'Jollies'

Shown in the books as 'training flights', these trips allowed flight instructors stationed at the air force academy in Jodhpur to fly to Delhi in their training craft for a weekend of carousing, and in some cases, romancing. 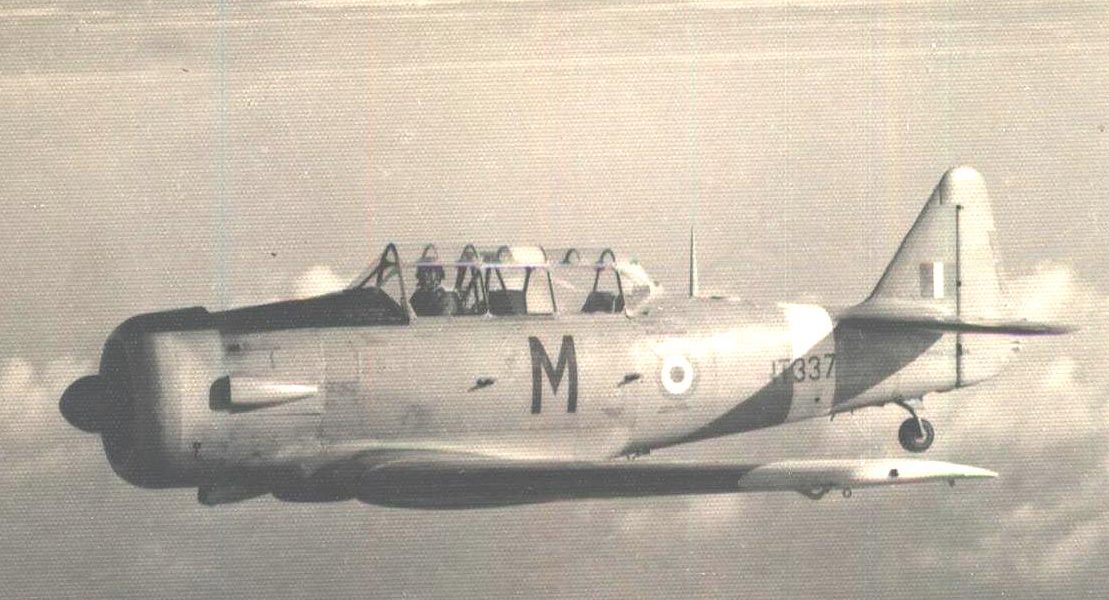 Chandigarh: The Indian Air Force (IAF) had a little known but charming tradition till the early 1970s of permitting flight instructors from its training base at Jodhpur to fly their aircraft to Delhi for the weekend, for what were impishly labelled as ‘jollies’.

Several generations of IAF instructor pilots at the Jodhpur Air Force Academy (AFA), shortly after independence, till around 1971, talk nostalgically of the times they intermittently undertook these frolicsome weekend furloughs by flying to New Delhi aboard their Harvard (AT-60) trainer aircraft.

After a two-hour flight, they would land at Safdarjung Airport, known initially as Willingdon Airfield, built in 1929, a year after India’s first formal aerodrome came up at Juhu in Bombay. Located at that point on the edge of Lutyens Delhi, the airport was used earlier by the then Royal IAF during Wold War II as part of the South Atlantic ferry route, and later by the IAF for the duration of the 1947-48 war with Pakistan over Kashmir, before being eclipsed by Palam airport that came up in the early 1960s.

Once he had landed  at Safdarjung, according to former Air Commodore Indrajit Singh ‘Sandy’ Sandhu, a distinguished fighter and test pilot and instructor at Jodhpur AFA in the early 1960s, and one who frequently availed of these ‘jollies’, the newly arrived pilot would swiftly complete all necessary formalities at the airport.

Changing into civvies, he would then disappear for two nights of revelry in the capital, making up for lost time spent in dreary Jodhpur which, at the time, Sandhu said was a ‘one horse town’ with little or no entertainment or any ‘juice’. All partied-out, the sated pilot would return to Safdarjung early Monday morning somewhat worse for wear before flying back to work at Jodhpur AFS, till the next ‘jolly’.

After nearly 50 years, the impressive-looking 85-year old IAF pilot is discreet about his activities during these ‘jollies’, but there is a twinkle in his eyes when he recalls the uncomplicated and spirited old times. He is particularly delighted in his reminisces regarding the IAFs halcyon days, when mutual trust between the service and its officers, amongst other factors, allowed the latter to fly-off for a weekend of merriment at official expense in a costly aircraft.

However, this charming arrangement, the legacy of victorious, ebullient Royal IAF officers after WWII, and one that continued till the AFA shifted to Dindigul in 1971, had official sanction and cover: it was cleverly logged as a ‘cross-country training flight’.  Jodhpur AFA had some 45 instructors at any one time, so the ‘jollies’ roster was somewhat packed, with each pilot getting a whirl every six or eight weeks.

“Reciprocal faith between the officers and the IAF was absolute and there were no instances of either side either abrogating or exploiting it in any way” said Sandhu from his farmhouse outside Chandigarh, where he settled after retiring as India’s air attache in Moscow in 1989. It was a contract that withstood the test of time for over two decades adding style, élan and of course, romance to the IAF, he added.

It was truly an amazing perk that is simply unthinkable in the IAF of today, Sandhu said. In somewhat uncharacteristic slang he declared that the IAF then was a ‘totally chilled-out’ service, where abundant cockpit professionalism and dexterity were worn casually in the ops rooms, but the concept of fun was equally well acknowledged and robustly indulged.

The veteran pilot also recalls an incredible incident in the mid-1950’s when Albert ‘Bertie’ Weir, a fellow fighter pilot, arrived sweating and blabbering incoherently from a ‘jolly’ in Delhi, claiming to have seen a ‘flying saucer’ up close. He told concerned senior officials upon landing that half-way through his flight over the desolate Thar desert, a ‘cigar-shaped’ flying saucer suddenly emerged and began flying alongside him in perfect formation. For years afterwards, Weir who was from Amritsar, was awarded the Vir Chakra in the 1965 war  and retired as a two-star officer in the early 1980s, insisted that this flying saucer performed aerial gymnastics around his Harvard, shooting up to 20,000 feet and then descending smoothly to 6,000 feet, to fly beside the anxious IAF pilot. Needless, to say his claims were neither authenticated nor believed, but accorded Weir curiosity value which he fully exploited by delivering lectures to awestruck colleagues on flying saucers.

Meanwhile, retired Air Marshal V.K. ‘Jimmy’ Bhatia who also trained at Jodhpur AFS as a flying officer in the early 1960s, recalls his instructors flying to Delhi on staggered weekend ‘jollies’ as part of what he calls a ‘gentlemanly understanding’.  The IAF’s most decorated fighter pilot said such arrangements also prevailed at the time in several Western air forces, including in the US. During training courses at US Air Force bases at Randolph in Texas and Nellis in Nevada, Bhatia remembers his instructors taking off at the weekend in their training platforms and returning, like their counterparts in Jodhpur, on Monday morning, a little unsteady on their feet.

Bhatia also recounts an amusing incident in which he flew a colleague in a dual-seat Vampire trainer from Adamapur Air Force Station, near Jalandhar, to Palam for his wedding soon after the 1965 war with Pakistan. “It was a rushed trip, sanctioned by the local commander, but there was a slight complication: my passenger was carrying a suitcase” reminisces Bhatia.

But with no place to store it aboard the cramped trainer, and with him being unwilling to leave his valise behind as it contained his wedding achkan, the hapless groom had no choice but to clutch onto it, somewhat comically atop his head during their 30-minute flight.

Another three-star illustrious Indian Navy (IN) instructor pilot at Jodhpur said he would buzz his girlfriend’s house in Lutyens’ Delhi, adjoining Safdarjung airport with repeated low passes in his Harvard, eliciting ecstatic waving and cheering from below. Thereafter, he would park his aircraft at Safdarjung and hurry back to his sweetheart’s house, but this time round on his motorcycle, to take her to the nearby Gymkhana Club for lunch. The buzzing obviously paid dividends, as soon after, the two were married.

“Even though this kind of buzzing activity was an offence punishable by court martial, it was looked upon indulgently by seniors and prompted only mild chastisement” the officer said, declining to be named. The authorities then were less rigid and forbearing regarding such antics, he said, adding nostalgically in Punjabi: ‘Oh din sun’ – Those were the days.