What Are Time Crystals? And What Have Two New Experiments Found About Them?

From Franck Wilczek's provocative proposal in 2012 to two new experiments in search of an exotic form of matter, time crystals have come a long, winding and fascinating way. 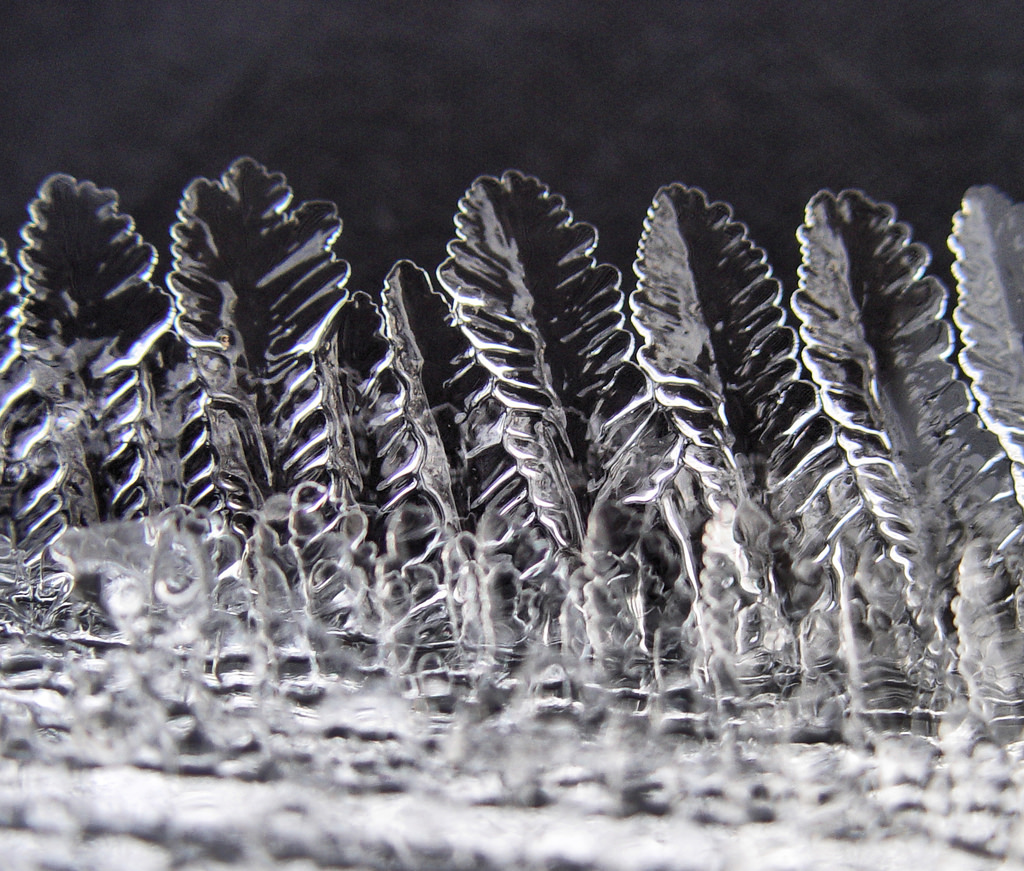 Ever since an Indian mathematician named Bhaskara II created a special wheel in the 12th century, the idea of perpetual motion machines has refused to die down. Bhaskara’s wheel had curved spokes partly filled with mercury, and he supposed that as the wheel was set in motion, the mercury would flow down the spokes in the wheel’s upper half, cause a mass imbalance and ‘pull’ the other half of the wheel up. In other words, the wheel would move forever.

In the 800 or so years since, a more thorough understanding of the laws of physics has emerged; they make Bhaskara’s wheel impossible. Nonetheless, some inventors have continued to persist with the idea of a perpetual motion machine – or perpetuum mobile – seemingly unmindful of the fact that the laws of thermodynamics, and the related law of conservation of energy, will concede no violations whatsoever. Perpetual motion machines could not exist.

Yet, in October 2012, the physicist and Nobel laureate Frank Wilczek and University of Kentucky physicist Alfred Shapere attempted to revive this idea in a more complicated form – a form of matter they called ‘time crystals’. Through a peer-reviewed letter, Wilczek posited that time crystals are, according to another paper, “systems which, in their quantum mechanical ground state, display a … periodic oscillation … of some physical observable”. Whether the energy powering the oscillation could be used to do work was moot. The existence of time crystals would immediately imply that here was a machine that could create its own energy and potentially run forever.

It was a radical idea. Wilczek’s letter received widespread coverage in the global press and was hailed as a paradigm shift in the way we understood certain fundamental laws of nature. But was it really as revolutionary as it was made out to be?

Patrick Bruno, a physicist at the European Synchrotron Radiation Facility, Grenoble, had vehemently disputed Wilczek’s time crystal at the time it was first publicised. His counterargument sought a distinction that Bruno thought Wilczek had failed to make: between the crystals being in their lowest energy state and not.

A crystal is an object that exhibits some kind of symmetry in its arrangement. In a space crystal, which we are more familiar with in the form of diamonds, for example, the atoms that make it up are arranged in a pattern repeating in space that is said to break translational symmetry. Consider a flat surface tiled with hexagonal panels (in green/black) as below: 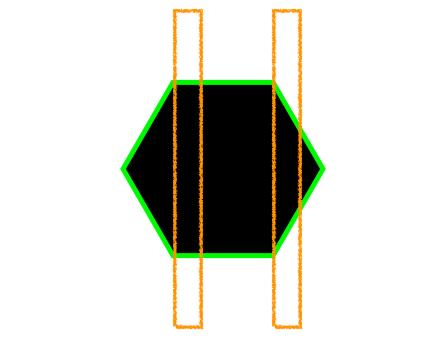 While the surface could be completely covered with a repeating set of such hexagonal tiles, translational symmetry is said to be broken because you can always cut two slices on the floor (like the orange boxes) where the shapes of the tiles included in them are different. That is, the crystal structure ceases to be completely uniform.

Similarly, in a time crystal, the constituent atoms are expected to repeat their arrangement in time by, say, oscillating with a certain frequency. So at two precisely chosen points of time, the time crystal will be seen to have the same crystalline arrangement – but at others, the arrangement will be different. This breaks the time-translation symmetry.

In their 2012 letter, Wilczek and Shapere conceived a time crystal that would be in its ground state – denoting that the crystal is in its lowest possible energy state, when it has no need to move and is at rest. In other words: that it would become perpetuum mobile through a process called spontaneous symmetry breaking.

Shapere/Wilczek’s first paper on the idea did not identify any experimental techniques to verify their idea. To be sure, their idea of a time crystal would have been considered almost verified if physicists looked in the realm of quantum mechanics. Spontaneous symmetry breaking has been exhibited famously by superconductors, which can carry an electric current permanently, sans any resistance. The only reason superconductors aren’t considered time crystals is because the current is constant in the ground state, unvarying with time, and doesn’t break time-translation symmetry.

The problem is more difficult from the classical (non-quantum) point of view, which requires a more physical aspect of the system to break time-translation symmetry – such as a rotating ring of atoms. This is particularly tricky because, in classical systems, an object’s being at its ground state is typically associated with it being at complete rest as well. But Shapere and Wilczek were able to find a mathematical escape from this problem and were interested in finding physical counterparts of it.

Separately from his letter with Shapere, Wilczek had proposed just such an arrangement. In a commentary published in APS Physics to accompany Shapere/Wilczek’s letter, Jakub Zakrzewski of the Jagiellonian University, Krakow, had described it thus:

Consider a ring filled with a large number of [atoms, each with an even number of electrons and quarks,] with attractive interactions between them. If the system is isolated, its ground state is a symmetric state of constant density along the ring. But such a state is fragile: any interaction with the environment or any measurement [of it] makes the system collapse into a well-localised state along the ring, causing spontaneous symmetry breaking in space. Such localisation can form a so-called soliton. Wilczek’s insight is that an applied magnetic field, perpendicular to the ring, will cause the soliton to move [like a Mexican wave of density moving along the ring]. The resulting periodic motion would create a time crystal.

However, Bruno found this idea to be “fishy”. “It led to a number of disturbing paradoxes and violation of some essential laws of physics,” he told The Wire. “In particular, it seemed that it would violate the law of energy conservation as its ‘rotating soliton’ would have able to emit some … energy … without energy supply. Thus it seemed to be just another proposal of a perpetuum mobile.”

Subsequently, Bruno submitted a proof that Wilczek’s ‘rotating soliton’ would not represent a system in its ground state as well as that it would be “perfectly static” in its true ground state. Further, he said: “that Wilczek’s paper and claims were incorrect has been subsequently acknowledged by Wilczek himself”. He was also able to extend his argument to a “broad class of systems in thermal equilibrium” and published a peer-reviewed paper about it in June 2013. He was later joined by Philippe Nozières (September 2013), G.E. Volovik (December 2013), Haruka Watanabe and Masaki Oshikawa (June 2015), and others.

“In my view, [these developments] should have led to the withdrawal of Wilczek’s paper,” Bruno said. “That this has not happened is somehow disturbing.”

But the allure of a time crystal persisted. Physicists still wanted to realise one in the lab, just not one in its ground state but through an exotic non-equilibrium form of matter. They had realised that such a thing was possible using driven systems, in which an external force prodded the system every now and then.

In March 2016, Norman Yao, an assistant professor of physics at the University of California, Berkeley, improved upon Wilczek’s idea and came up with an experimental setup to verify it. Later the same year, two teams from the University of Maryland and Harvard University used Yao’s blueprint to independently confirm the existence of time crystals. Their results were published in the journal Nature (here and here) on March 8, 2017.

The Maryland setup consisted of a string of ten ytterbium ions about 0.025 mm long held within a trap by dynamic electric fields, all maintained at a few billionths of a celsius warmer than absolute zero. Each ion had a property called quantum spin, understood by visualising the ions as pointing ‘up’ or down’. The physicists then fired a well-tuned laser at the ions and flipped them by almost (but not exactly) 180º, waited for the ions to interact with each other, and then fired it again. They found that the ions would return to their original spin positions at the same rate no matter how much each of them was flipped.

This hinted at the existence of a long-range force in the system that coerced each ion to respond to the laser pulses at a fixed, regular frequency – on average found to be half of the frequency at which the laser was pulsed.

Chetan Nayak, a physicist at the University of California, Santa Barbara, comments in the same journal, “If the interaction [between the ions due to their spins was] strong, the spins flip precisely twice and return to their original state after two cycles, thereby breaking discrete time translational symmetry.” He adds, “The system exhibits long-range order, which means that ordering in one region and time is correlated with that in arbitrarily distant regions and late times. This property distinguishes such a system from other oscillations that occur in nature.”

Additionally, both groups also found that such ‘discrete’ time crystals were relatively stable when disturbed.

“This phenomenon is definitely of strong interest, although it is not as revolutionary as the use of the catchy name ‘time crystals’ attempts at suggesting,” said Bruno of the group’s results. “As far as I can judge they are quite convincing, and definitely constitute some important contributions to the understanding of this problem.” At the same time, he said he was still concerned about these papers’ attempt to link to Wilczek’s incorrect proposal from 2012. After all, he had helped establish that time crystals in thermodynamic equilibrium could not exist, whereas the “much weaker” non-equilibrium variants described in the two Nature papers – while not unimportant – also implied “no radical change of paradigm”.

Previous reports in the news about Wilczek’s and Shapere’s ideas have also hinted that time crystals could be useful for quantum information systems and in developing better quantum computers. But Wilczek and Bruno, as well as others, believe it might be too soon to think about applications, that it will take more studies and research before speculations can be meaningful.

In fact, in the meantime, Bruno offers a word of caution. “I believe that this field has attracted an interest from the broad audience media that is not really deserved, starting with Wilczek’s original paper, which was plain wrong, and others which have organised considerable hype and storytelling about phenomena that are definitely interesting, but in no way revolutionary and paradigm-changing. I find this trend deeply disturbing and detrimental to the healthy development of science.”